The New Justice League Cartoon Will Premiere Next Month 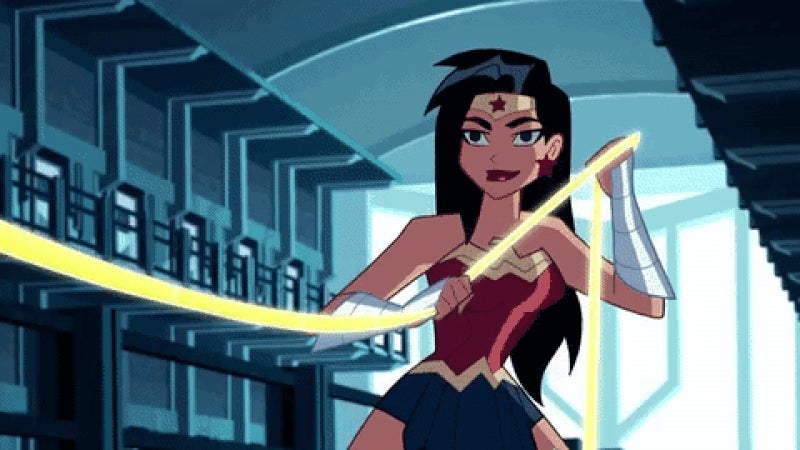 Ever since we first got a look at Justice League Action, the new, snappy animated take on DC's finest heroes, we've wanted to see more — and now we know exactly when to expect it. The series is launching with a four-part special next month.

The special, "Shazam Slam" — in which a) Batman is turned into "a giant flying Batmonster laying waste to the Hall of Justice," according to the press release provided by Cartoon Network, which sounds AMAZING, and b) features the talents of Sean Astin as Shazam himself — will air December 16th, ahead of the regular premiere of the series on Christmas Eve. Here's the full description:

In "Shazam Slam," the villainous Black Adam battles Batman on the Rock of Eternity and unleashes a horde of Djinn determined to turn the Earth back to its pre-human, volcanic state. Affected by the otherworldly powers of these primordial monsters, Batman becomes possessed and is turned into a giant flying Batmonster laying waste to the Hall of Justice, with only Superman capable of taking the fight to the Dark Knight. One by one, the Justice League - with the help of Shazam (voiced by Sean Astin) and The Wizard (voiced by Carl Reiner) - must hunt down and defeat each Djinn in order to yet again save the world from destruction.

And here's a clip from the premiere, in which Superman and Wonder Woman beat up the villainous Parasite in a manner which seems entirely unrelated to the Shazam-focuses story of the rest of the special:

This show is shaping up to look like a ton of fun.