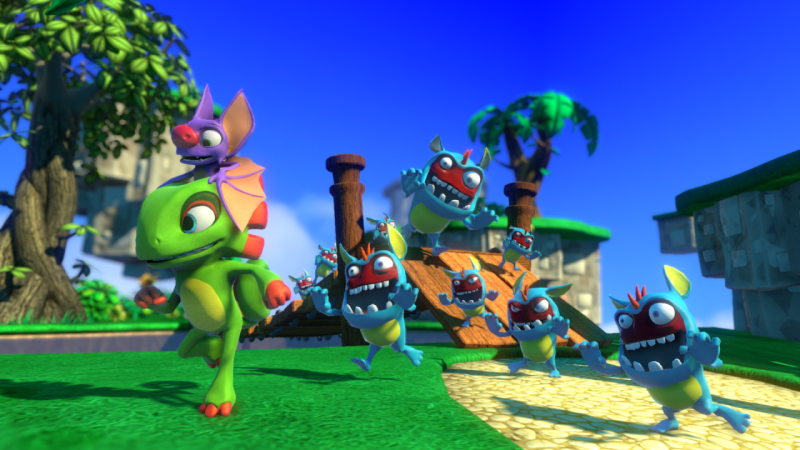 Recently, Jon "JonTron" Jafari made some damn extreme comments about race, which set off a chain reaction of, well, reactions across the internet. The latest consequence of Jafari's ugly remarks: Upcoming N64-era platformer revival game Yooka-Laylee is removing his voice acting.

"We recently became aware of comments made by voice artist JonTron after development on Yooka-Laylee had been completed," developer Playtonic told GamesIndustry.biz.

They added that they are, on no uncertain terms, opposed to the sentiment behind Jafari's comments, and they don't want any of that to bleed over into the game they have created.

"JonTron is a talented video presenter who we were initially, two years ago, happy to include as a voice contributor in our game," they said. "However, in light of his recent personal viewpoints we have made the decision to remove JonTron's inclusion in the game via a forthcoming content update."

"We would like to make absolutely clear that we do not endorse or support JonTron's personal viewpoints and that, as an external fan contributor, he does not represent Playtonic in any capacity," they added. "Playtonic is a studio that celebrates diversity in all forms and strives to make games that everyone can enjoy. As such, we deeply regret any implied association that could make players feel anything but 100% comfortable in our game worlds, or distract from the incredible goodwill and love shown by our fans and Kickstarter backers."