Futurama Returns As A Mobile RPG 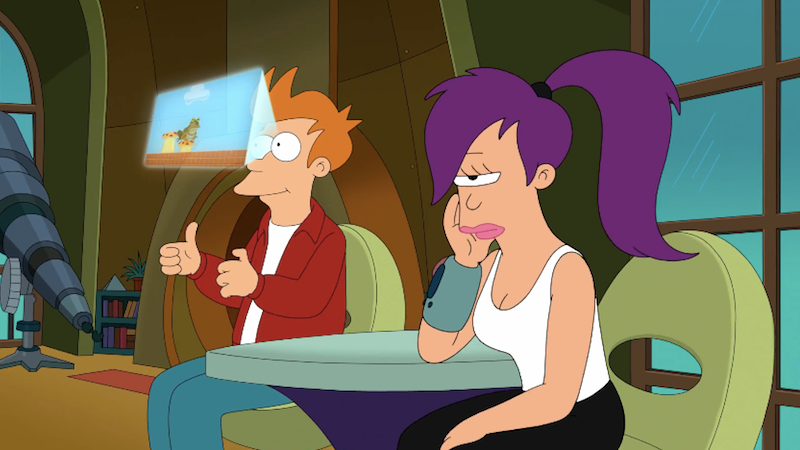 Try as the universe might, Futurama‘s a property that seemingly can’t be killed — or at least stay dead for very long.

Even though the show’s been officially off the air since 2013, Futurama‘s getting yet another chance at life in the form of a Worlds of Tomorrow, a mobile video game that picks up after the series’ finale.

In the first teaser trailer for the game, we see Fry, Leela, Bender and Amy all hanging out in the Planet Express building addicted to a new Hypnotoad video game that inadvertently saves New New York City from an invasion. With the aliens from Omicron Persei 8 seemingly addicted to the game too, they’re unable to land their ship and commence their takeover of the city.

Worlds of Tomorrow plays like a fairly straightforward RPG, but according to developer Jam City, Futurama‘s original cast, writers and animators will produce a number of new in-universe shorts like the new trailer.

While Worlds of Tomorrow is probably a bit more complicated than the Hypnotoad Flappy Bird clone that everyone’s playing in the teaser, it definitely sets the tone for what the game will be like when it’s available.