How To Switch To Android From iOS

Having guided you through the not-all-that-straightforward process of switching from Android to iOS, we’re back to tell you how to go in the opposite direction. (Make your mind up will you?) Going from Apple-powered devices to Google’s platform is either ridiculously easy or rather taxing, depending on your current setup.

Good news if you’re already heavily invested in the Google ecosystem on your iPhone. You can switch to Android in an hour or two and keep your evening free for seeing friends or browsing Netflix. Otherwise, better cancel those evening plans.

Those of you who spend all your time in Gmail, Google Calendar and Google Maps for iOS can simply install those apps on your brand new Android device, sign in using your Google account credentials, and pick up where you left off. The same applies for Google Photos and Google Drive.

Google Drive can handle contacts and calendars for you. Image: Google

Unlike Apple, Google doesn’t have a dedicated app to help you defect to its mobile OS, but it does have a website with a lot of the information you’re going to need: essentially you’re instructed to use Google Drive to copy over contacts, photos, videos and calendar entries, which we’ll cover in more detail below.

If you’re thinking about switching from iOS to Android in the future, or like to swap mobile OSes on a regular basis, then Google’s cloud-centric services make the task much easier — so your best off keeping all your data there. By contrast, the only official Apple app you can get on Android at the moment is Apple Music.

Extricating yourself from iMessage is perhaps the biggest challenge facing those jumping ship to Android. iMessage doesn’t work on Google’s platform, and there’s no way to export all your message history into a comparable Android app. You’re going to have to say goodbye to iMessage, but you can at least ensure a clean break. As soon as you know you’re making the move go into your iOS and navigate to Messages in Settings and turn iMessage off, then go to FaceTime in Settings and turn that off too. Apple’s full instructions are here.

If you have some precious iMessages or plain old SMSes you can’t leave behind, you’ll need to rely on third-party software and some rather convoluted processes to back it all up. iSMS2droid promises to import messages from an unencrypted backup you made in iTunes on your computer into Android. If you don’t need the backup on your phone, then PhoneView (macOS) and CopyTrans (Windows) are two of many tools that will let you browse your old missives to your heart’s content. 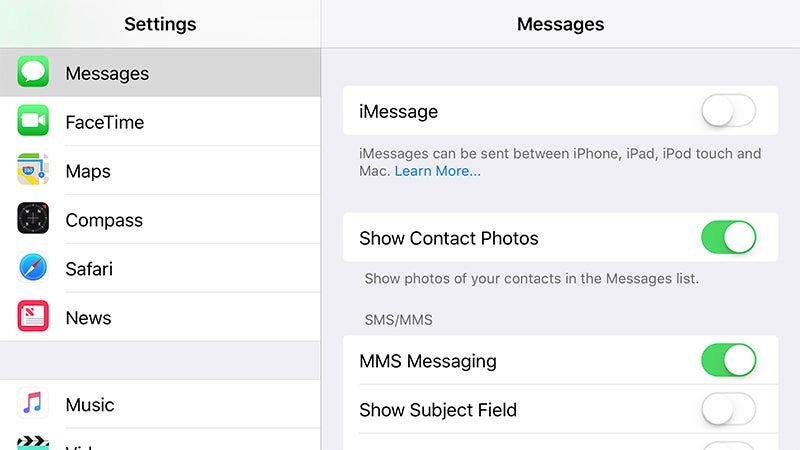 As for emails, Apple’s system supports IMAP, so you can carry on checking your iCloud emails through Gmail on Android if you’re not having a fresh start and giving up your old email address completely. Tap the drop-down arrow on the Gmail app menu, choose Add account, and follow the configuration instructions provided by Apple. It’s the same process if you’re using any other kind of email app on your new Android device, like Outlook from Microsoft. The only requirement is that it supports the popular IMAP protocol.

You have a couple of other options if putting your iCloud account directly into Gmail doesn’t appeal. You can have all your Apple iCloud emails automatically forwarded to your new Gmail address, by going into iCloud Mail on the web and setting up forwarding — you can even delete the originals after they’re passed on. Alternatively, you can export all your old emails using Mail on a Mac just in case you ever need them again, then close down your Apple account.

As long as you just want to make a one-way, one-time switch from iOS to Android, then Google Drive for iOS makes the process of moving contacts and calendars over simple enough.

Once you’ve got the app installed on your iOS device, open the menu then tap Settings and Backup. Choose the data you want to transfer across to the equivalent Google accounts, tap Start Backup and you’re on your way — everything from iOS and iCloud gets picked up. Make sure you’re on wi-fi, and the iPhone is plugged in during the switchover. Also note, that any previous backups you’ve done will be overwritten. 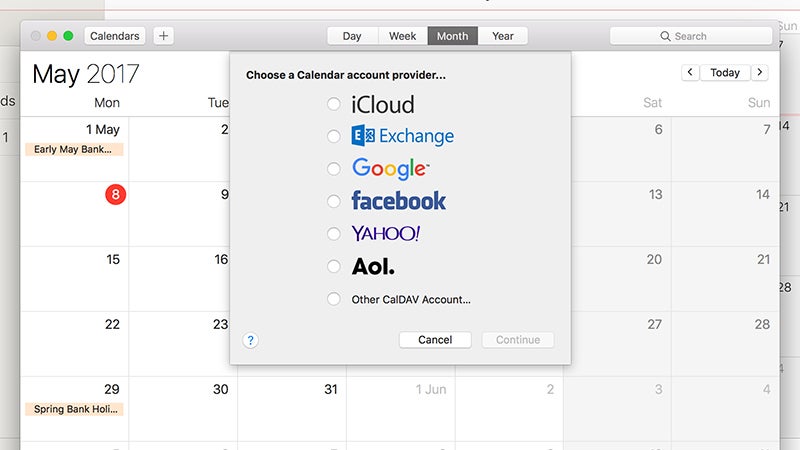 If you want a two-way sync, which you might if you’re using your Android phone with an Apple laptop, then it’s a lot more complicated. The best option, really, is to switch to using Google contacts and calendars as much as you can, and then adding your Google account to the relevant apps in macOS (Add Account from the main app menu in both cases).

Even then you need to make sure you’re always adding events to the Google calendars (or contacts) and not the iCloud ones for them to show up on your phone. If you absolutely must keep both Google and iCloud services running concurrently, and syncing with each other, then you’ll need to put your trust in a third-party app for macOS or Android.

Since Google Photos came into the world it’s actually pretty easy to get all your personal photos and videos moved over to Android, via Google’s servers, as long as they’re all still on your iPhone: Install Google Photos for iOS, opt to back everything up, and away you go. You can either pay Google for storage and keep everything at full resolution, or accept some resizing (images max out at 16 MP, videos at 1080p), and store as many photos and videos as you like on the web, free of charge.

The process is even more straightforward if you use the Google Drive app as we described in the section above, and Google Photos even supports Live Photos these days, using those extra few frames of animation to create a GIF for you. The only negative is that the albums you’ve created in iOS don’t get copied over (everything appears as one long list of pictures), so you need to create them again. 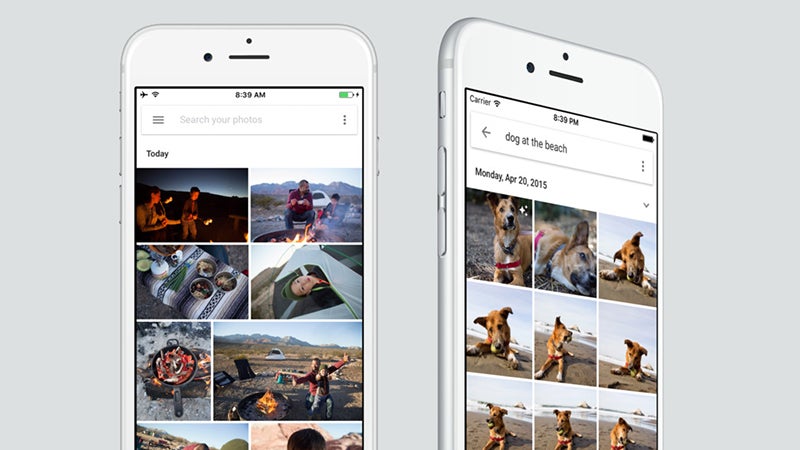 All that is easy enough but if you’ve got photos in iCloud you’ve moved off your iPhone then you might have a problem or two on your hands. As we explained in our full guide to the topic of switching between Apple Photos and Google Photos, just about the only option open to you is downloading them all from iCloud to a macOS or Windows machine then uploading them again using a Google Photos client.

It’s a little convoluted but it’s manageable, and it’s a lot easier than using the export options in iCloud on the web, which are practically non-existent. If you don’t have a computer to act as the middleman between iCloud Photo Library and Google Photos then you’re stuck — you’ll have to borrow a laptop from someone.

As we now have Apple Music on Android, getting your iTunes music on your Android device is no longer the exercise in frustration it once was. As far as tunes you’ve actually purchased directly from iTunes, it’s probably the best option out there, though you do need to have signed up for an Apple Music subscription to be able to use the app and get at your purchases.

Otherwise, it depends on where your music is and how it’s stored. Any plain old MP3s you were syncing to your iPhone from iTunes can be uploaded to Google Play Music instead (50,000 of them can be stored for free), or you can use something like DoubleTwist, which is just about the leading choice if you want to keep on using iTunes alongside Android for your music. If you’re signed up for Spotify you just need the Android app. 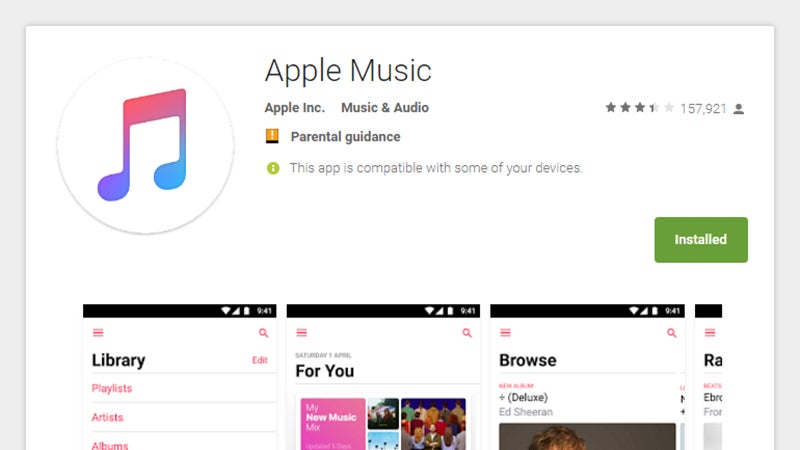 Likewise, if you’ve been accessing all your movies and TV shows through Netflix, Plex or Google Play Movies & TV then you just need to find and install the relevant app for Android and you’re ready to go. All these services let you stream to multiple devices from a single account, so you can carry on using your iOS device if you need to.

However, any videos you’ve purchased from iTunes won’t run on Android at all — there’s just no app to do it unless Apple ever gets around to making one. Several tools out there will do the job of removing iTunes DRM for you, but since we’re getting into murky legal territory with that, we’ll leave you to discover them for yourself. If you’ve invested hundreds of dollars in an iTunes digital library then you can still watch it on macOS, Windows, and the Apple TV, but not Android.

Generally speaking, all the apps you use on your iPhone are going to be available on Android as well, though there are a few exceptions — like Overcast and Day One. In terms of paid-for apps, you’re going to have to pay for them all again, unfortunately, though something like a Spotify subscription buys you access on both Android and iOS.

Whether all your data (from documents to saved games) moves over with you is another matter and worth checking up on before you make the switch. If you’re in any doubt, get in touch with the developer directly to see what the situation is (you might be out of luck with anything that relies heavily on the iCloud storage system). 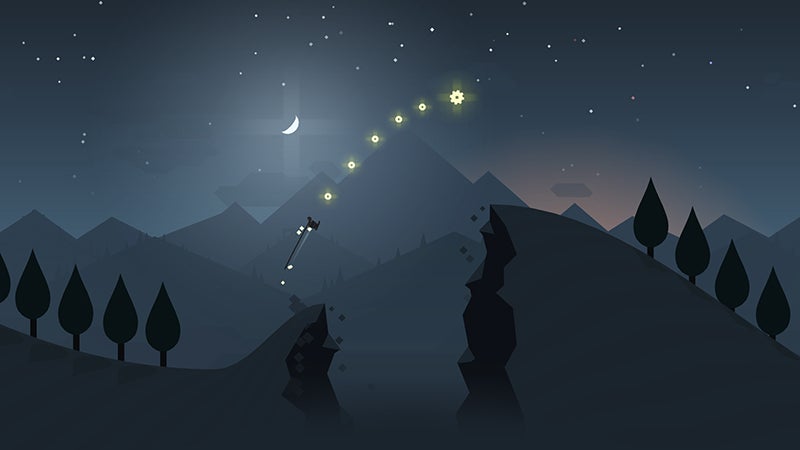 We can’t give you a guide to everything out there, but think about your productivity, fitness, and banking apps. Assess how much data is stored locally and what’s going to happen to it. If you can, keep your old iPhone and new Android phone running alongside each other for a while until you’re certain everything’s been moved over successfully without too many bumps in the road.

You might not believe it if you’ve read everything that’s above, but moving from iOS to Android is actually much easier than it used to be, thanks mainly to an increased focus on cloud services (even, belatedly, from Apple itself). As long as you take your time, and don’t live your life inside iMessage, you don’t have to feel daunted by the task.