Adam West's Dark Knight Will Rise Once More In Batman Vs. Two-Face 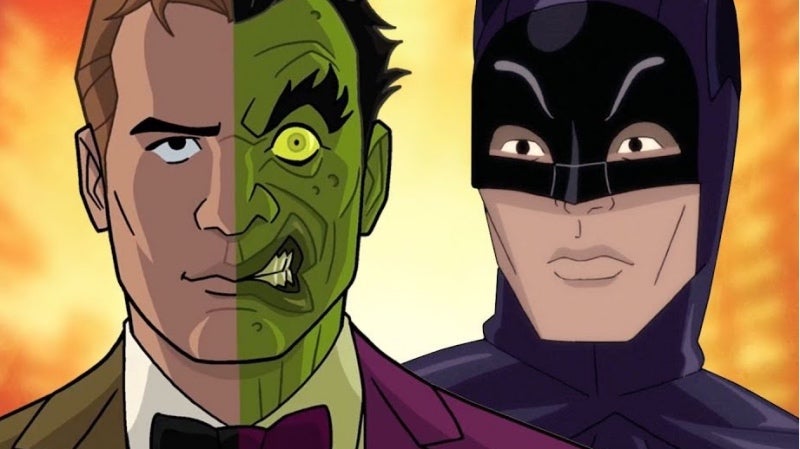 Adam West returned, with much fanfare, as the iconic Caped Crusader last November with Batman: Return of the Caped Crusaders. After his recent passing, it was unclear whether he'd actually return for the sequel, Batman vs. Two-Face. Lucky for us, West's Batman will come to life one last time.

Warner Bros. has confirmed to us that West completed his recording for Batman vs. Two-Face before his death (originally reported by 13th Dimension). The film co-stars William Shatner as Harvey Dent, and also includes the return of Burt Ward and Julie Newmar as Robin and Catwoman, respectively.

Not a lot of information is available about the film at this time, including release date or plot synopsis, though it's possible we'll learn more at San Diego Comic-Con next month. It's also unclear what the future of the Batman '66 animated series will be after Batman vs. Two-Face — but at the very least, we'll get to hear West take on the classic Dark Knight one more time.