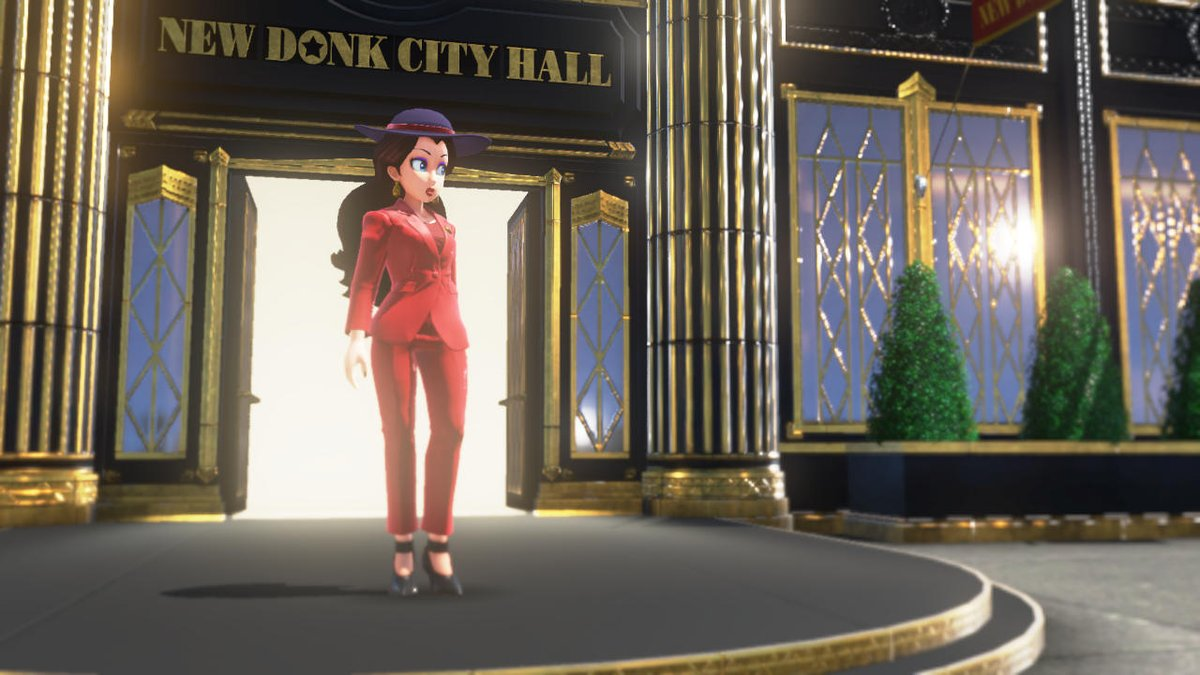 Over three decades ago she was stuck sitting atop steel beams waiting for "the plumber" to rescue her, but in 2017, Pauline has risen to the highest public office of New Donk City, the fictional urban backdrop for Super Mario Odyssey.

Looking back at the Donkey Kong arcade game from 1981, it's hard not to see the premise as a combination of King Kong and Popeye, the latter of which had made its cinematic debut a year earlier with Robin Williams playing the titular protagonist. The game's apparent villain (the idea of Mario as the hero seems to rely mostly on the fact that you play as him) is infatuated with a beautiful woman despite being a giant ape, and a small working class man in red overalls collects spinach-like power-ups in order to save her.

Mimicking the love triangle of Popeye, Olive, and Bluto, Pauline appeared to exist merely as a trophy to be won or lost by Donkey Kong's sparring male characters. The arcade game introduced a woman not as a re-skinned, iterative upgrade a la Ms. Pac-Man but a piece of narrative scenery only acknowledged at the beginning and end of a level.

It proved one of the earliest examples of the "damsel in distress" trope that would haunt games for decades to come as narrative shortcuts became a crutch for more interesting and varied storylines. A Donkey Kong arcade cabinet in the Museum of the Moving Image in New York City. Image credit: Wally Gobetz.

When asked if Nintendo was aware of this back when it created Donkey Kong, famed designer Shigeru Miyamoto told Kotaku since it was designed for arcades and arcades tended to skew male, the game's gendered dynamic seemed an obvious choice.

So Pauline kept getting trotted out in each new game, from Donkey Kong Jr. to the Game Boy port and an eventual pinball spin-off. It wasn't until the Saturday Superarcade cartoon series that she was given a voice and allowed to partake in the absurd circumstances surrounding her and Mario's relationship.

For north of a decade no one heard from Pauline again. Nintendo had replaced her with Princess Peach just as it replaced Donkey Kong with Bowser with the arrival of the NES and Super Mario Bros. It wasn't until the company revived Mario and Donkey Kong's head-to-head rivalry with the Mario vs. Donkey Kong series that Pauline, still known best as that plumber's girlfriend, resurfaced.

But once again, it wasn't as a more robust playable character. Even Peach was given room to grow and expand starting Super Mario Bros. 2 and the plethora of party-game spin-offs that would follow during the SNES era and forever after. 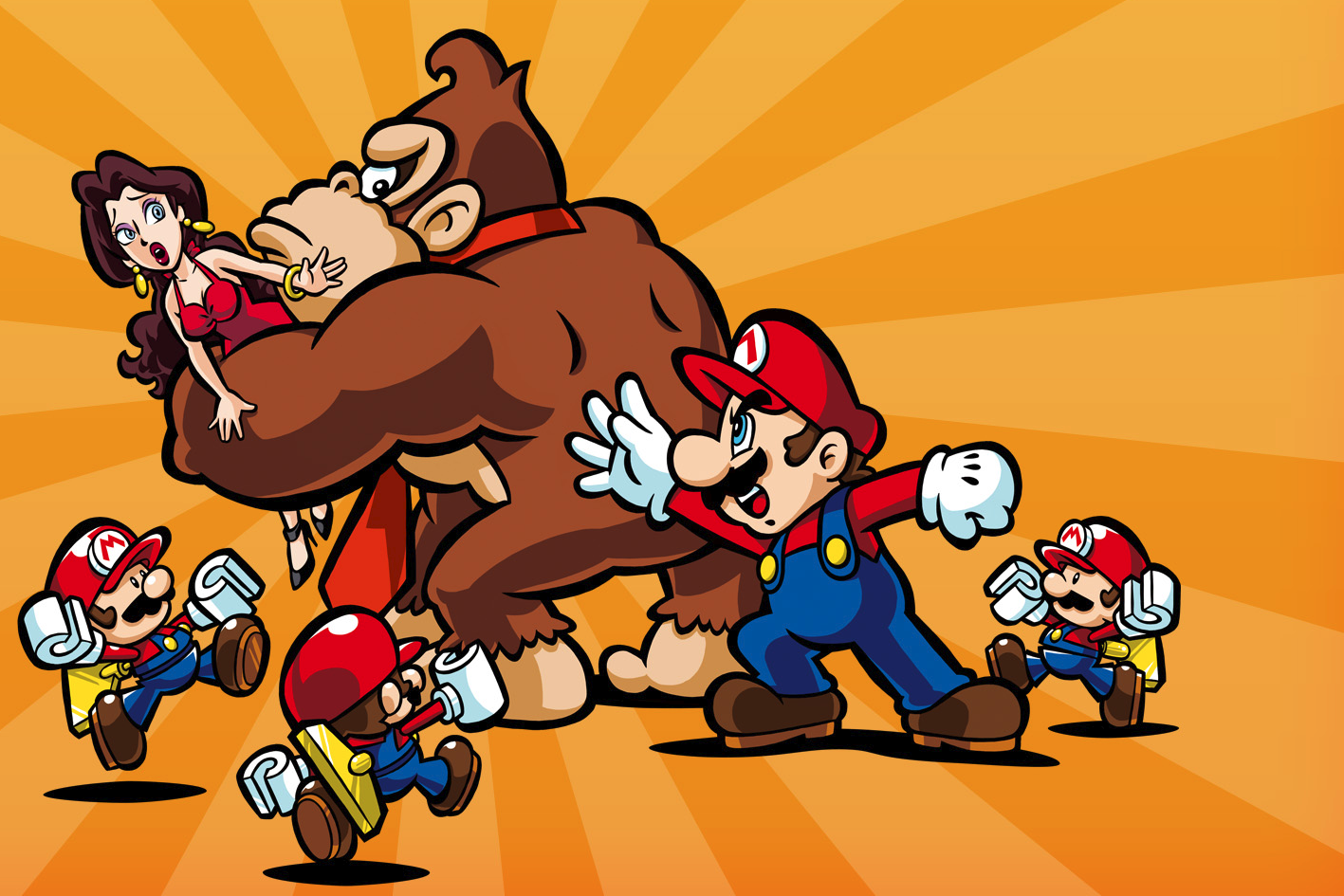 Pauline was still destined to be kidnapped and caged game after game until finally in Mario and Donkey Kong: Minis on the Move she achieved something on the level of the emancipation achieved by Donkey Kong Country's Candy Kong several years earlier in Donkey Kong 64. Instead of being kidnapped, she was promoted to mini-game host. No Samus Aran or Bayonetta, but being Mario vs. Donkey Kong's Vanna White was arguably progress of a sort, albeit progress that might have taken centuries to get anywhere meaningful.

Seemingly out of the blue, however, Pauline has returned with a vengeance in Super Mario Odyssey. The mayor of New Donk City (and open mic jazz singer?), she's traded in her red dress for a red suit (at least some of the time) and appears to be more preoccupied with helping to manage her flourishing metropolis on top a metropolis than serving as a foil for Mario and his enemies.

So why now? In a Reddit AMA, producer Yoshiaki Koizumi tried to offer an explanation to fans bewildered by the B-character's meteoric return. "When we were deciding which Kingdoms to have in the game, we knew we wanted the city environment, and we wanted something that would have resonance with players," he said. "We knew that players know Pauline so we of course wanted to make her the mayor of New Donk City."

In classic Nintendo fashion, the answer makes sense when taken at face value but also seems hopelessly naive (though not necessarily in a bad way). Koizumi stressed that while each of the game's locals are referred to as "Kingdoms," not all of them are ruled by royalty, implying Pauline was elected to her position (the actual New York City, which New Donk City looks to be heavily-inspired by, has still never elected a woman to that office).

In addition, Koizumi explained that it was the building out of Pauline's backstory that was ultimately responsible for the game's central jazz theme and accompanying vocals. "As we were developing Pauline more as a character, we know that she was going to be interested in jazz," he said. "It was interesting for us to have the first song in a Mario game with vocals."

But it's possible that the biggest reasons for bringing Pauline back and elevating her to such a central and well-rounded part of Super Mario Odyssey won't reveal themselves until the game comes out this October. In the same interview where Miyamoto explained how Nintendo's early games came to rely on the damsel in distress trope (Peach can still be seen getting snatched by Bowser even in Odyssey), he also tried to shed some light on why the company has been so slow to unload it. 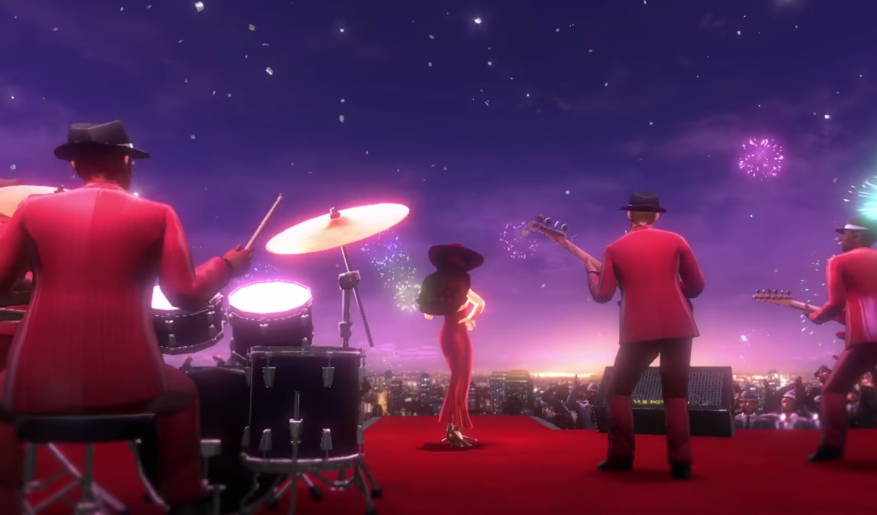 "I guess, for me in particular, the structure of the gameplay always comes before the story," he said back during E3 of 2013. "And so we're always looking at, when we're putting that together, what is the most natural story to take place within that structure." He continued,

"Pikmin is a good example of that. In Pikmin, the original structure of the gameplay was centered on all these individual little creatures moving around like ants. As a result of that, the world that you're in is kind of earthy and natural settings and the creatures you're fighting seems sort of like insects, because that's what the gameplay centres on.

While you could argue that what makes sense or seems "natural" to the gameplay is just Miyamoto applying outdated notions of identity and gender roles after the fact instead of at the start, it does show that Nintendo tends to focus more on individual gameplay scenarios rather than in-depth narratives, with characters, motivations, and objectives coming second.

So while it's not a satisfying explanation for why Pauline has been trotted out as a helpless hostage all these years, it does suggest that her big role in the latest game — the first time she's ever appeared in a Mario game sans Donkey Kong (at least we think) — it does suggest that her backstory, politically and musically, will factor into the game in interesting mechanical ways that go beyond the simple world building alluded to in the trailers and gameplay demos.