Next Yakuza Game Asks Famous Gangster To Chase A Roomba 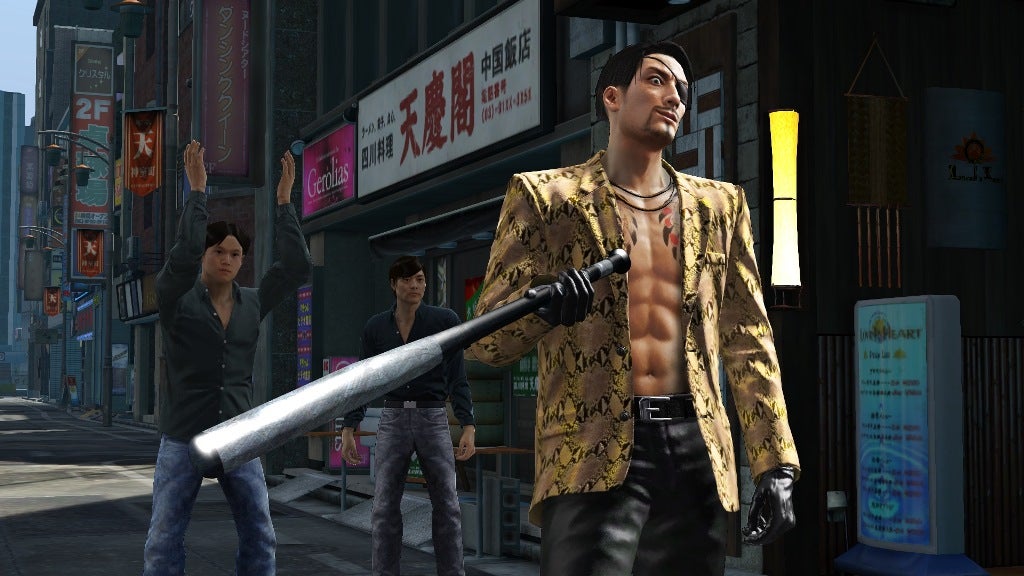 The Yakuza series' merger of story, exploration and bone-breaking combat has made for some of the best games I've ever played, including this year's wonderful Yakuza 0. Last week, at E3, I had hands-on time with Yakuza Kiwami, a remake of the first game, and Yakuza 6: The Song of Life. It was awesome.

Much of my playtime focused on Yakuza Kiwami, the upcoming remake of the first game in the series. When Yakuza first arrived in the West in 2006, it was a jumbled hodgepodge of solid combat and a very ambitious narrative that featured voice actors such as Mark Hamill and Michael Madsen. It never really took off, despite strong critical reception. Kiwami looks to turn back the clock, telling the tale of yakuza brawler Kazuma Kiryu right as it started.

Kiwami doesn't just add a new coat of paint to the original game. It introduces crucial systems added in later games like Yakuza 0, such as the ability to switch fighting styles in the middle of a fight. Combat has always been a strength of the series, and in my time with Kiwami I was able to leap from fast-paced beatdowns to an absurd style that grabbed anything and everything from the environment to smash enemies in the face with. It was also easier to find side missions than in the original, making exploration far less of a chore.

The Yakuza series' quirky humour was on full display with a feature called "Majima Everywhere", which added fan favourite character and Yakuza 0 protagonist Goro Majima into the game world to attack the player randomly. There's nothing like having an eyepatched yakuza knife-nut leap from a sewer and beat you up in the middle of a busy street. Getting my arse kicked in random Majima encounters was a ton of fun. 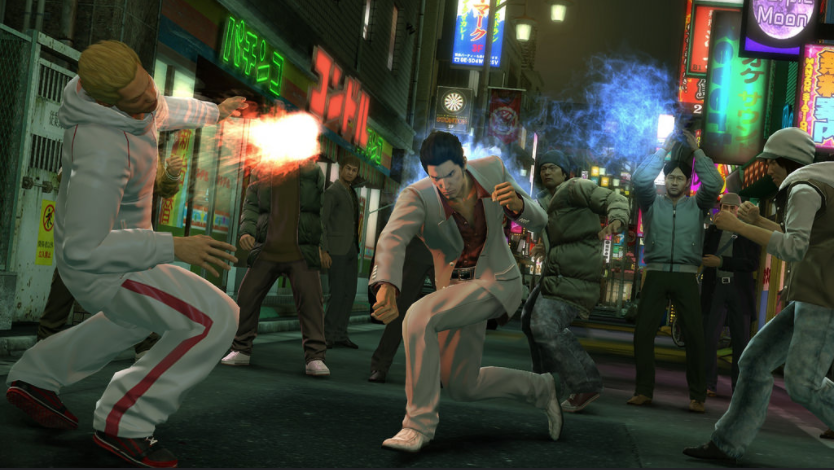 My time with Yakuza 6 was equally enjoyable. There was a jump in technical quality even over the recent Yakuza 0 that brought a lot of glitz and glamour to the red light district of Kamurocho. Seamless transitions from fighting to quests to exploring interior locations made the game world feel more alive. There was still plenty of silliness around; the first side quest I encountered was to help find a rogue Roomba in the streets, and I spent an extended time training in a gym before getting meals, sending the pictures back to my trainer for his approval. Every character was voiced, and it really felt like I was spending time with all sorts of people in a busy city. Damned if it didn't take forever to find that Roomba in those bustling streets.

Yakuza's never been more accessible thanks to games like Yakuza 0 and now Kiwami allowing players to experience the story from the start. My hands-on time with the upcoming games only reinforced my feeling that the series' time to shine has truly arrived. Whether beating thugs in the street or getting involved in a side quest to rescue a hapless internet content creator, there's always something interesting happening in Yakuza.