West Of Loathing Is A Very Funny Cowboy Game 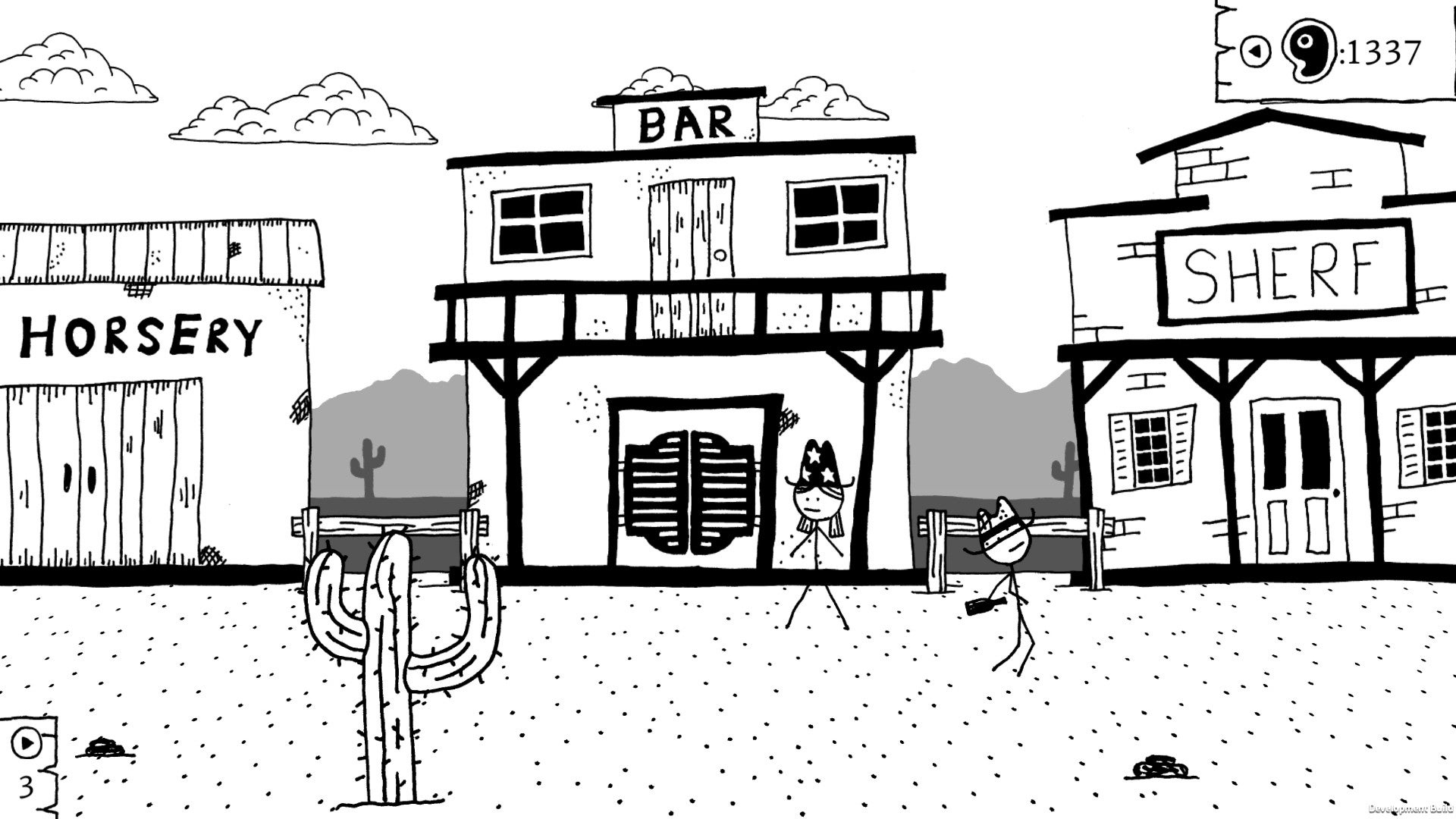 Most of the time, it isn’t terribly difficult to slot games on Steam’s best-sellers list into categories. You have your multiplayer survival game of the week, your triple-A hit, your discounted indie, PlayerUnknown’s Battlegrounds, and so on. West of Loathing, though, defies categorisation. It marches to the beat of its own drum, spits into its own spittoon, and tells its own poop jokes.


West of Loathing is a single-player spin-off of long-running stick figure MMO Kingdom of Loathing. The game’s developers describe it as a “slapstick comedy stick-figure wild west adventure role-playing game”, and while that phrase rolls off the tongue with all the grace of an entire tumbleweed erupting from your throat, it’s basically accurate. In a black-and-white side-scrolling world, you play as a young cowboy or cowgirl who’s heading west to seek fortune and punch cows. Or use bean magic on them. Or sell them snake oil. Or just, like, talk to them for a long, long time. Did I mention that West of Loathing has a lot of text? West of Loathing has a lot of text.

But it’s good text. Punchy text. Funny text. Text such as this, from when I talked to a strange cactus-human hybrid: 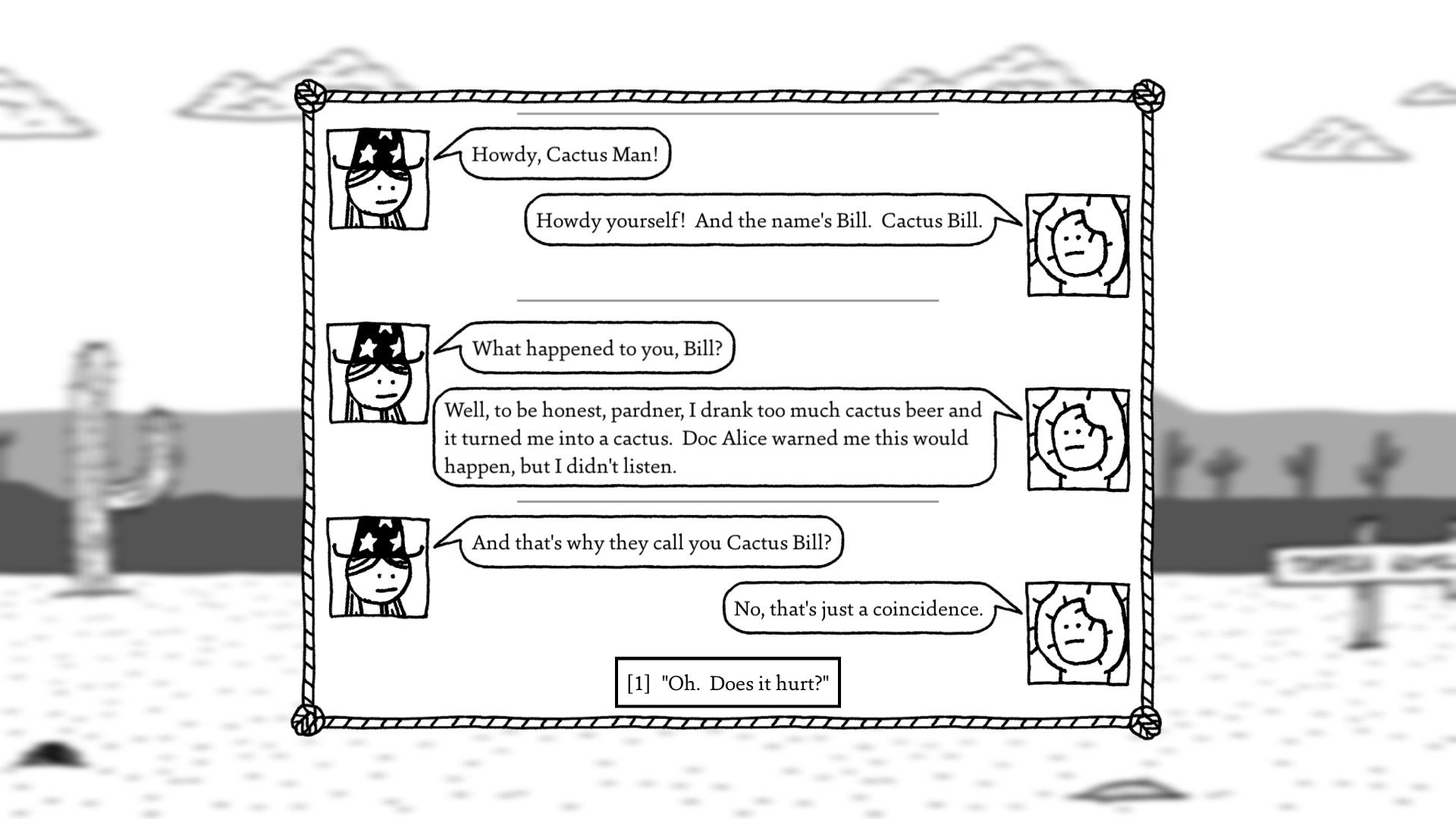 Or this time I decided to talk to a diabolical cowboy gang instead of fighting them. They were, uh, not the wisest bunch: 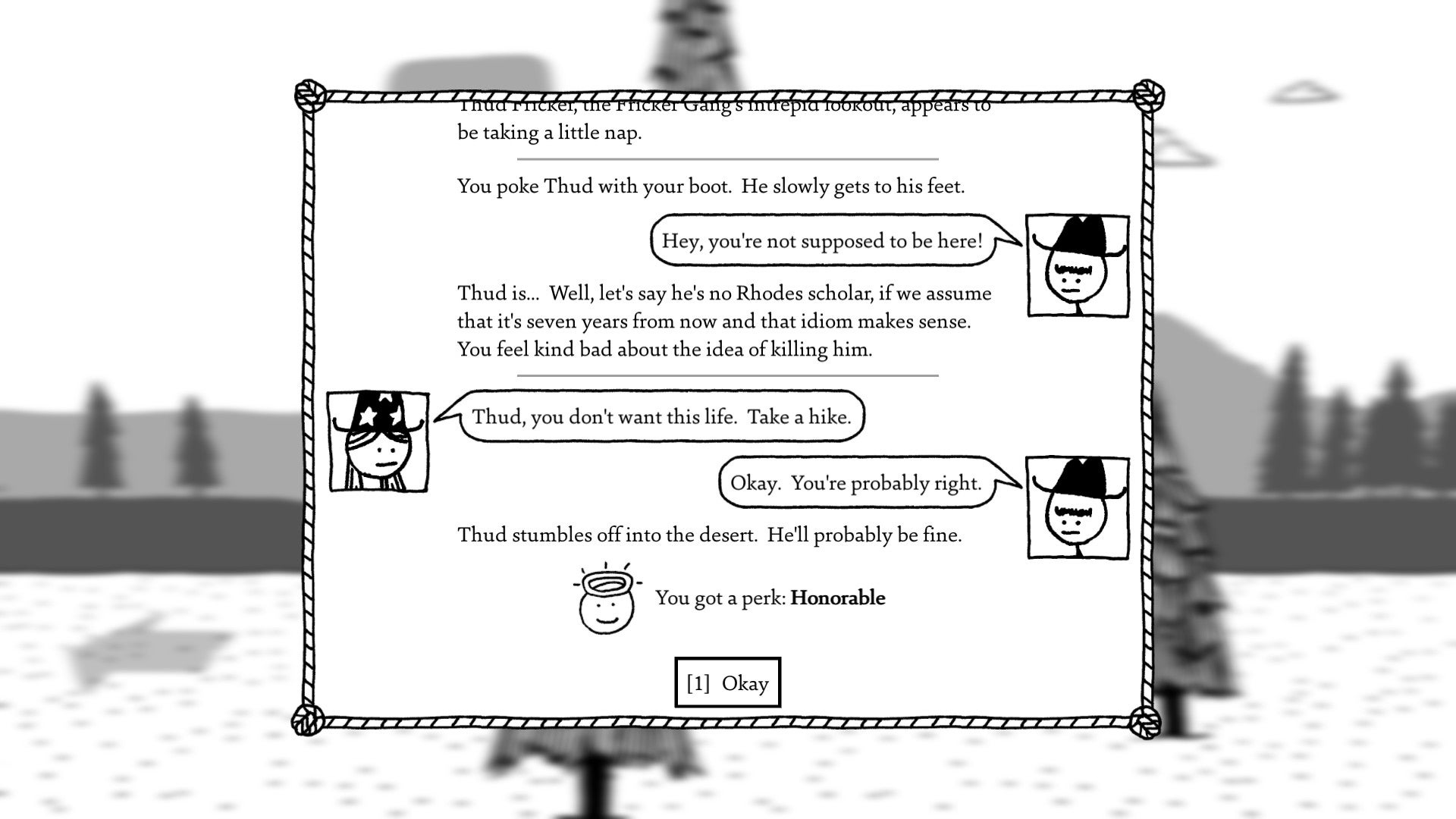 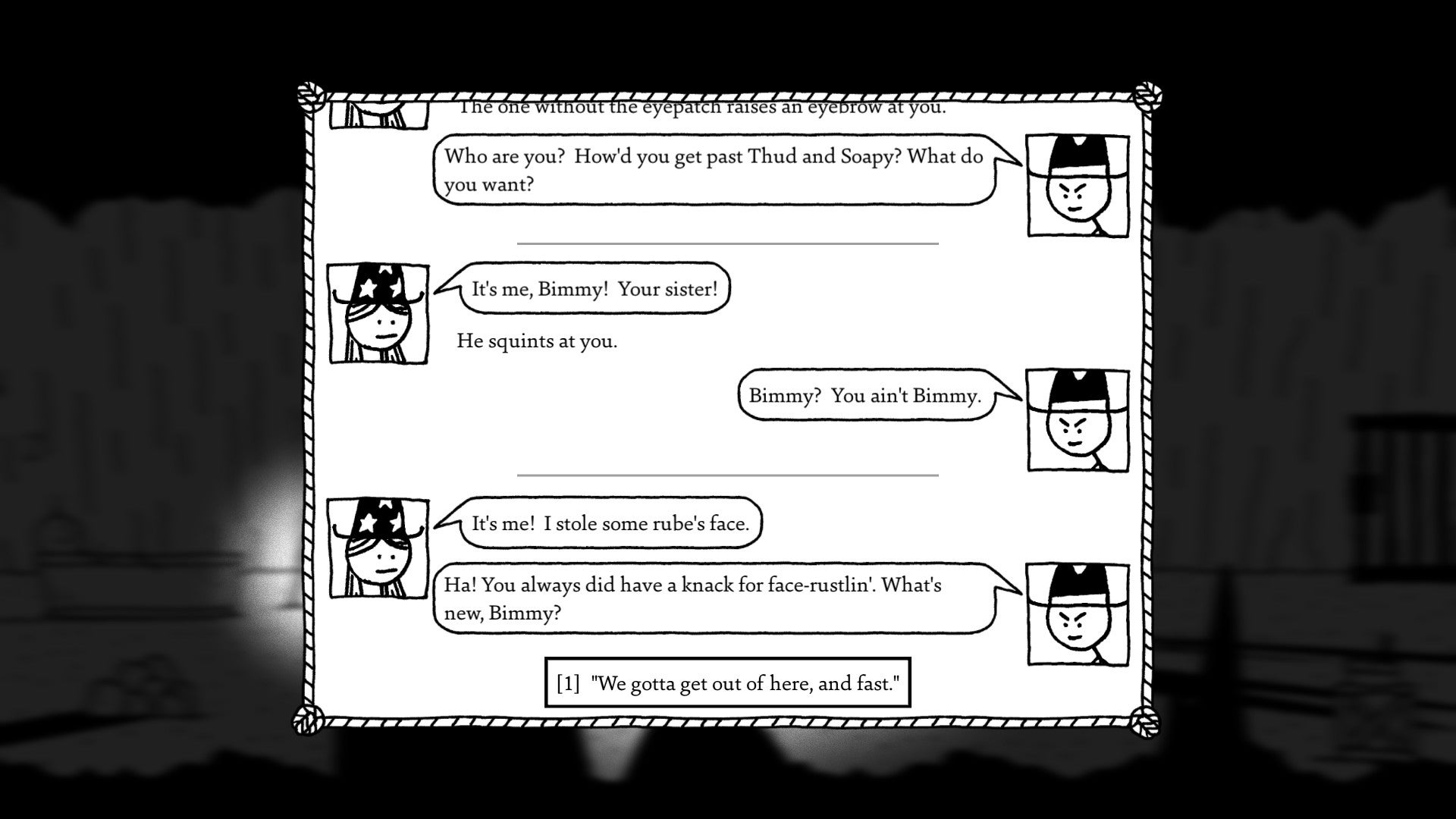 Or this time I decided to incessantly investigate a spittoon: 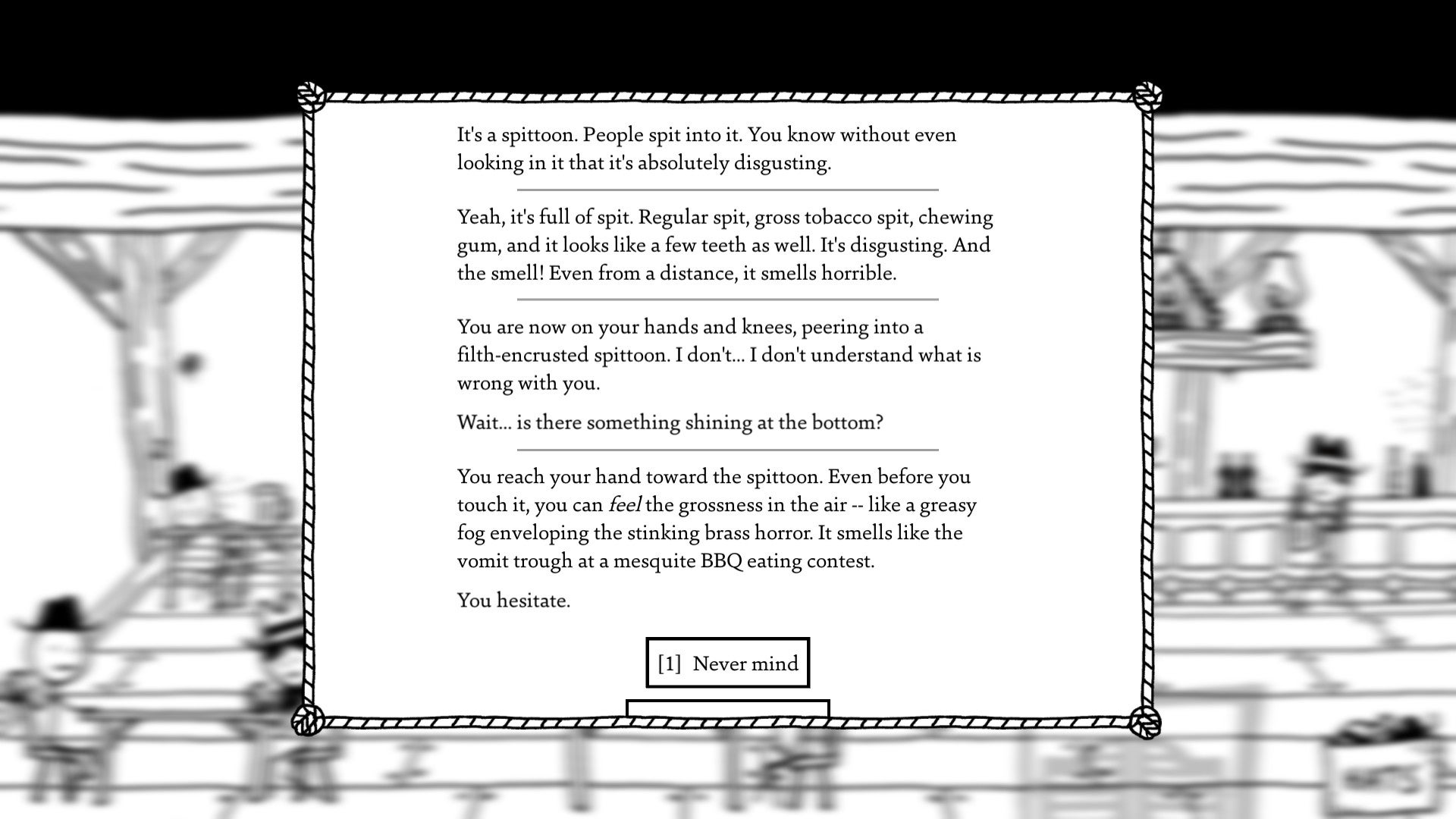 The latter of these situations happened because I saw a spittoon, interacted with it, and refused to stop examining it over and over. For my troubles, I got a sweet ring that was also extremely gross. Honestly, though, I don’t really care about the ring. I was in it for the gag, figuratively and literally.

Having played West Of Loathing for a couple of hours now, I’ve found that most of the game’s joy lies in moments like these — at the bottom of greasy, barfy spittoons of intrigue. Sure, you can make a relatively straightforward run where you accept quests, fight things in milquetoast (and frankly, kinda disappointing) turn-based battles, and amass cash, but West Of Loathing wants you to poke at everything, because fuck it, why not? Even if you don’t kick up an oil geyser of loot, you’ll almost certainly receive some sort of elaborate goof for your troubles.

Even the menus are full of chuckle-worthy jokes: 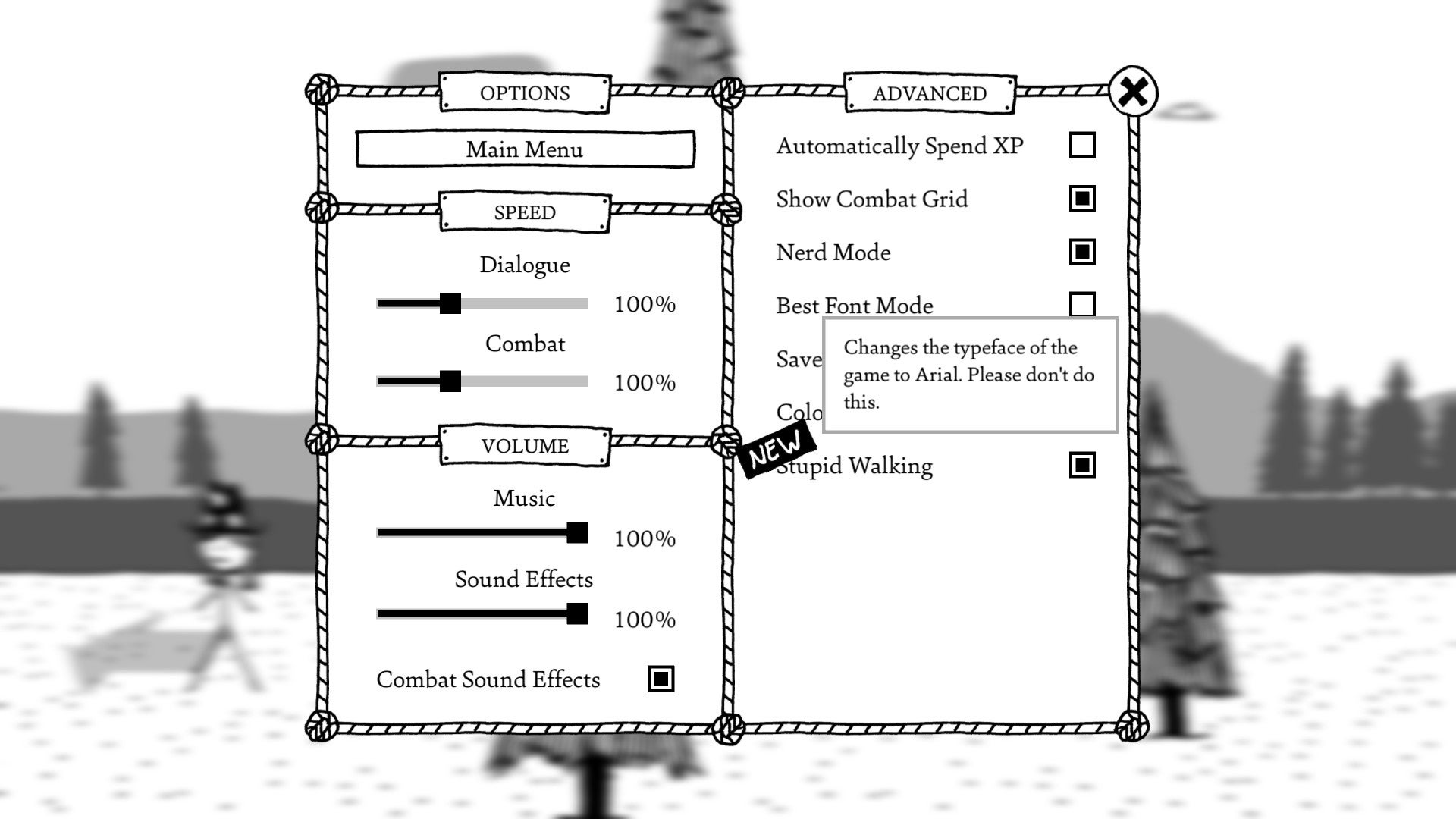 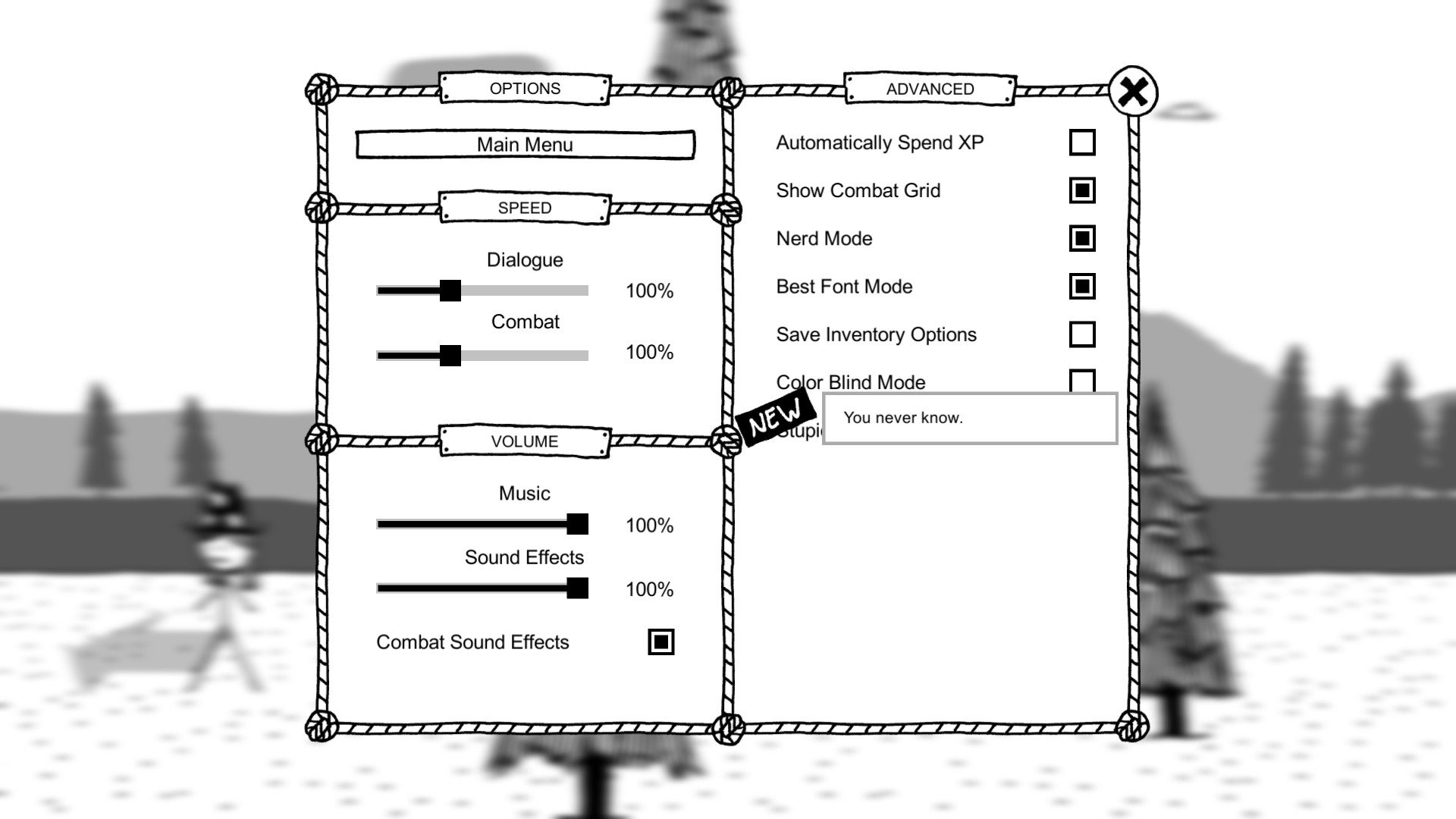 That “stupid walking” option at the bottom? You get it from reading every book on the shelf in your character’s bedroom at the start of the game. I highly recommend it:

It’s worth noting, too, that while West Of Loathing‘s jokes are subversive, they’re rarely mean. It’s a generally good-natured game full of weird but mostly kind characters. The West is wild, but it isn’t an arsehole. It even has real heart, sometimes. For example, I found this horse: 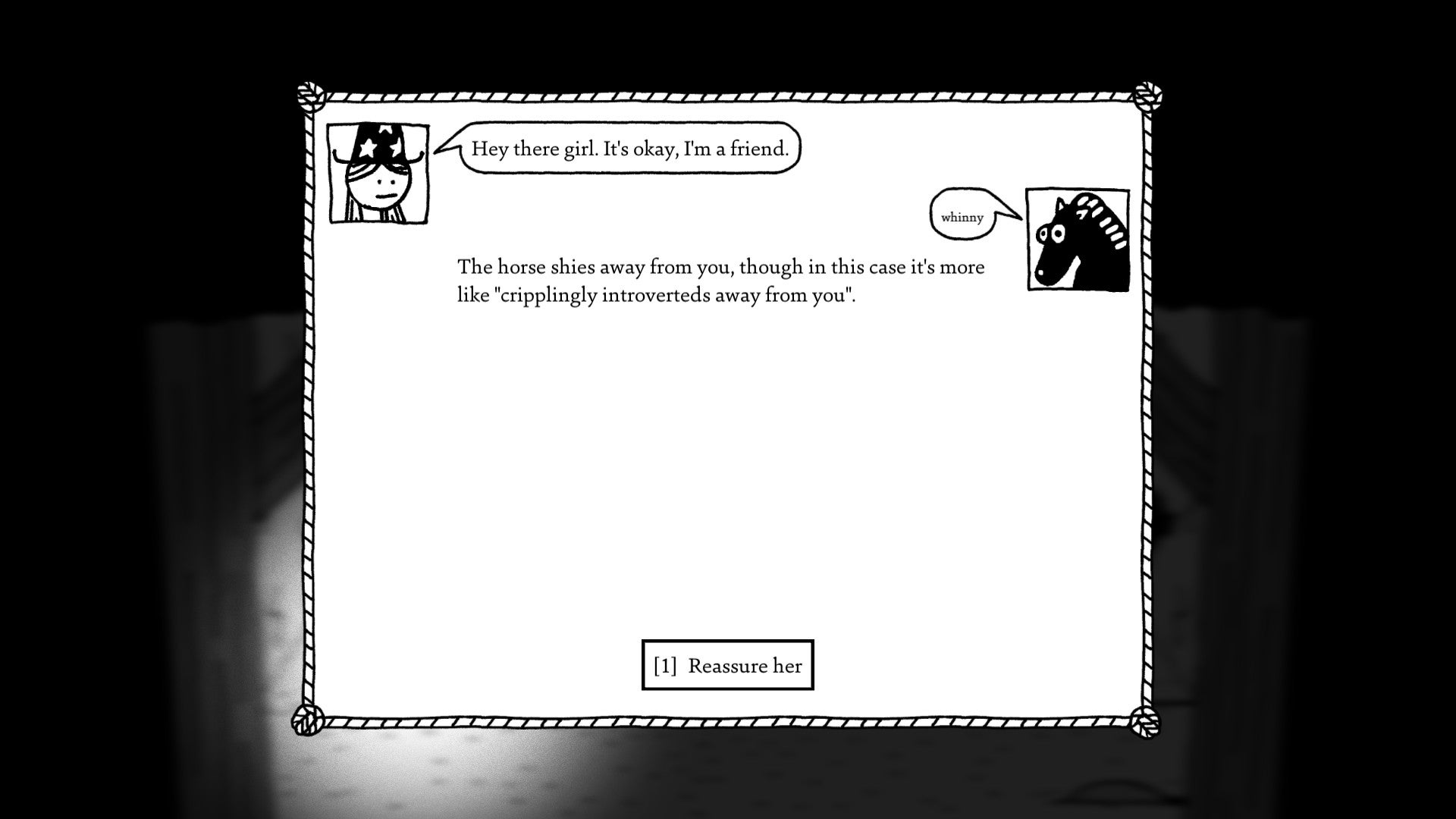 When it came time for me to adopt a horse and leave the game’s first town, I obviously adopted that horse. We’re best friends now, because we get each other.