Nintendo Switch Vs. PlayStation 4: In Japan, The Switch Keeps Dominating

Previously, Kotaku has reported how the Nintendo Switch was doing versus the PS4 in Japan (here and here). Now, via 2ch, let’s look at how the two consoles stack up in their first 26 weeks on sale in the country, with sales figures from respected retail tracker MediaCreate. 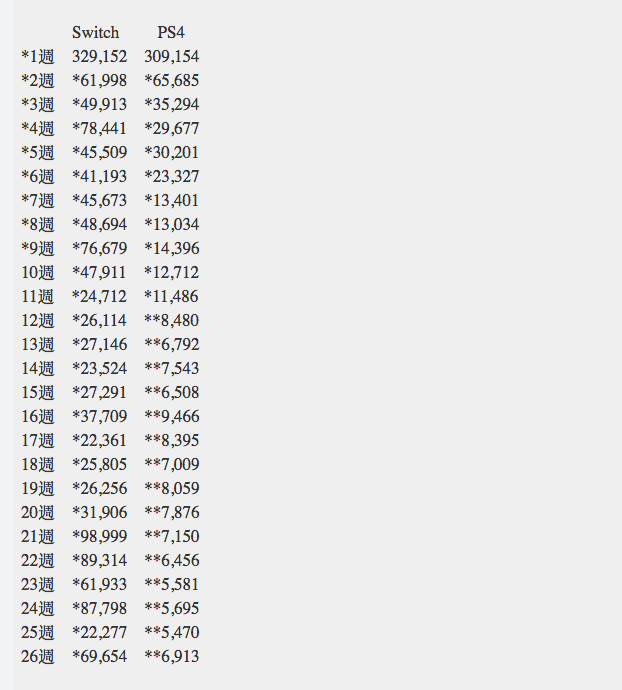 Here are some charts, if you’re into that sort of thing. 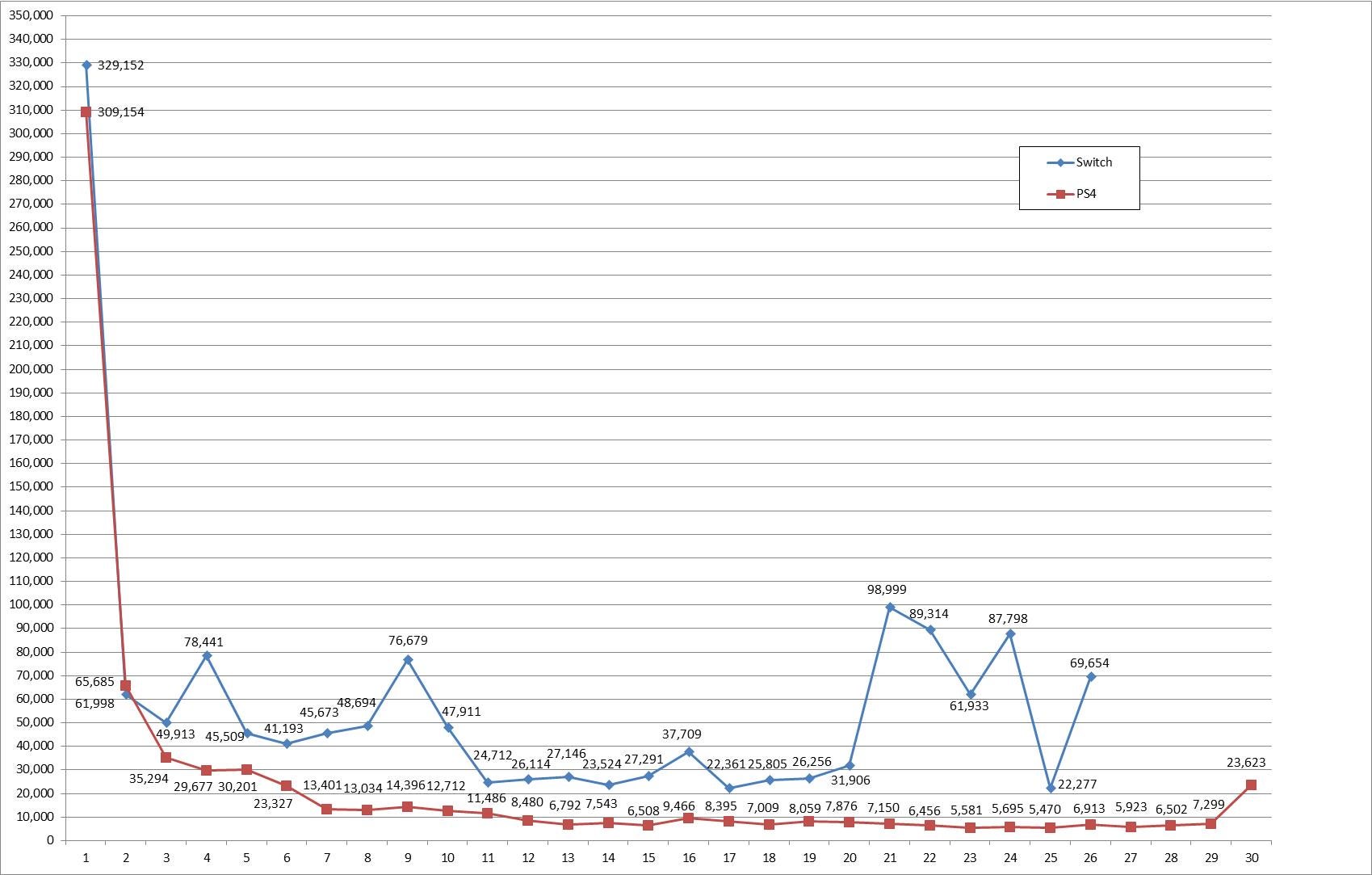 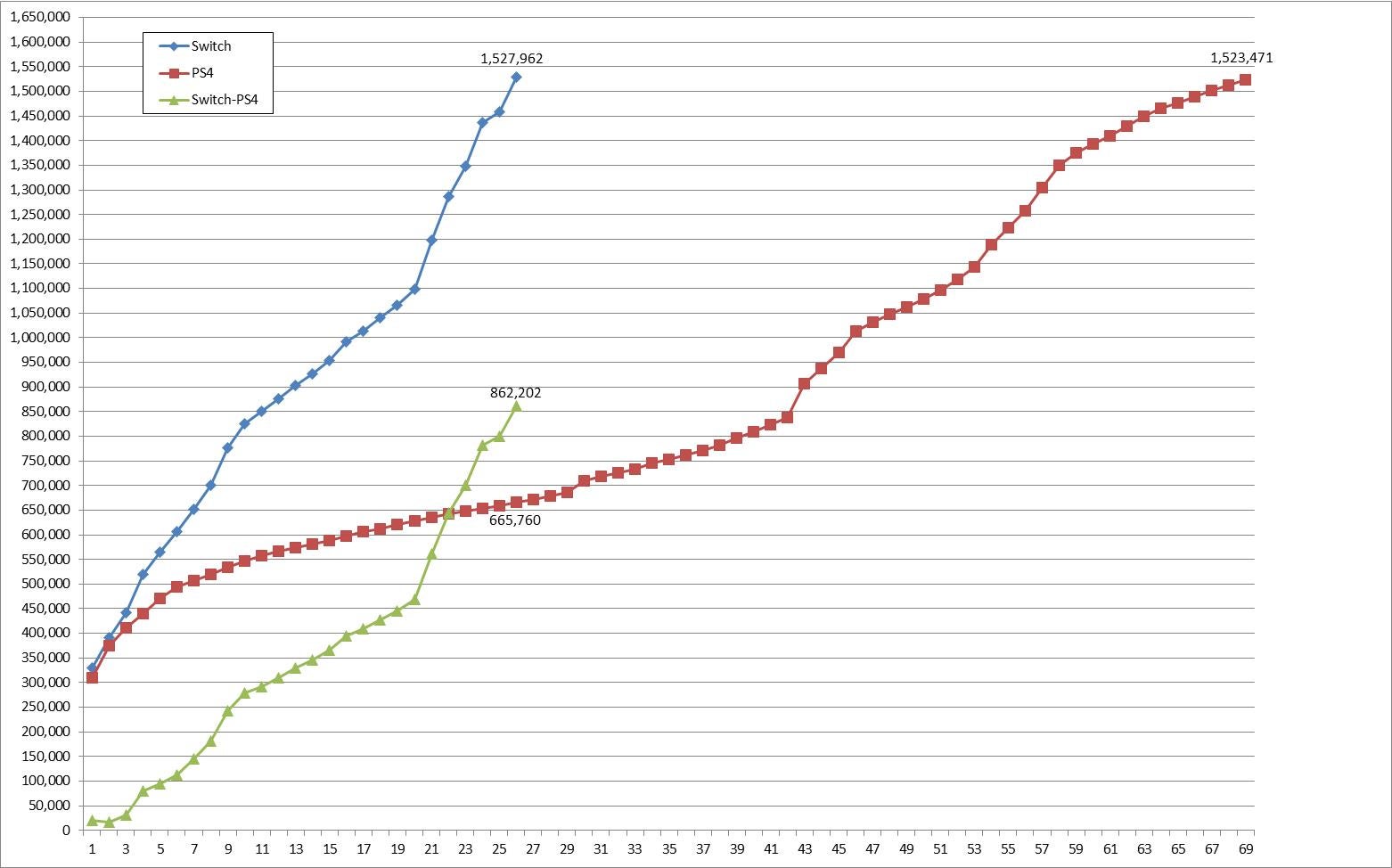 The total sales for the PS4 in its first 26 weeks on sale in Japan is 665,760 units sold. The PlayStation 4 has been a very successful console for Sony in Japan with healthy sales.

Remember, this is a race and not a marathon. Sony has proven itself more than capable of releasing game hardware that continues to rack up sales in the long run. But so has Nintendo.