This week, the latest chapter in the excellent Archie Horror saga begins anew. The delightful one-shot comic about Jughead turning into a bloodthirsty werewolf, Jughead: The Hunger, begins its life as an ongoing series, and we sat down with writer Frank Tieri to see what we can expect from the new book.

The new series – still written by Tieri, but now joined on art by Pat and Tim Kennedy – will pick up where the one-shot comic left off. That first issue, released as part of a range of comics testing the waters for potential new Archie series, saw Jughead revealed as the monstrous “Riverdale Ripper”. After an attempt at curing him goes disastrously wrong, he skips town to avoid the vengeful wrath of Betty Cooper, the latest in a long family line tasked with hunting down the werewolves of the Jones family. 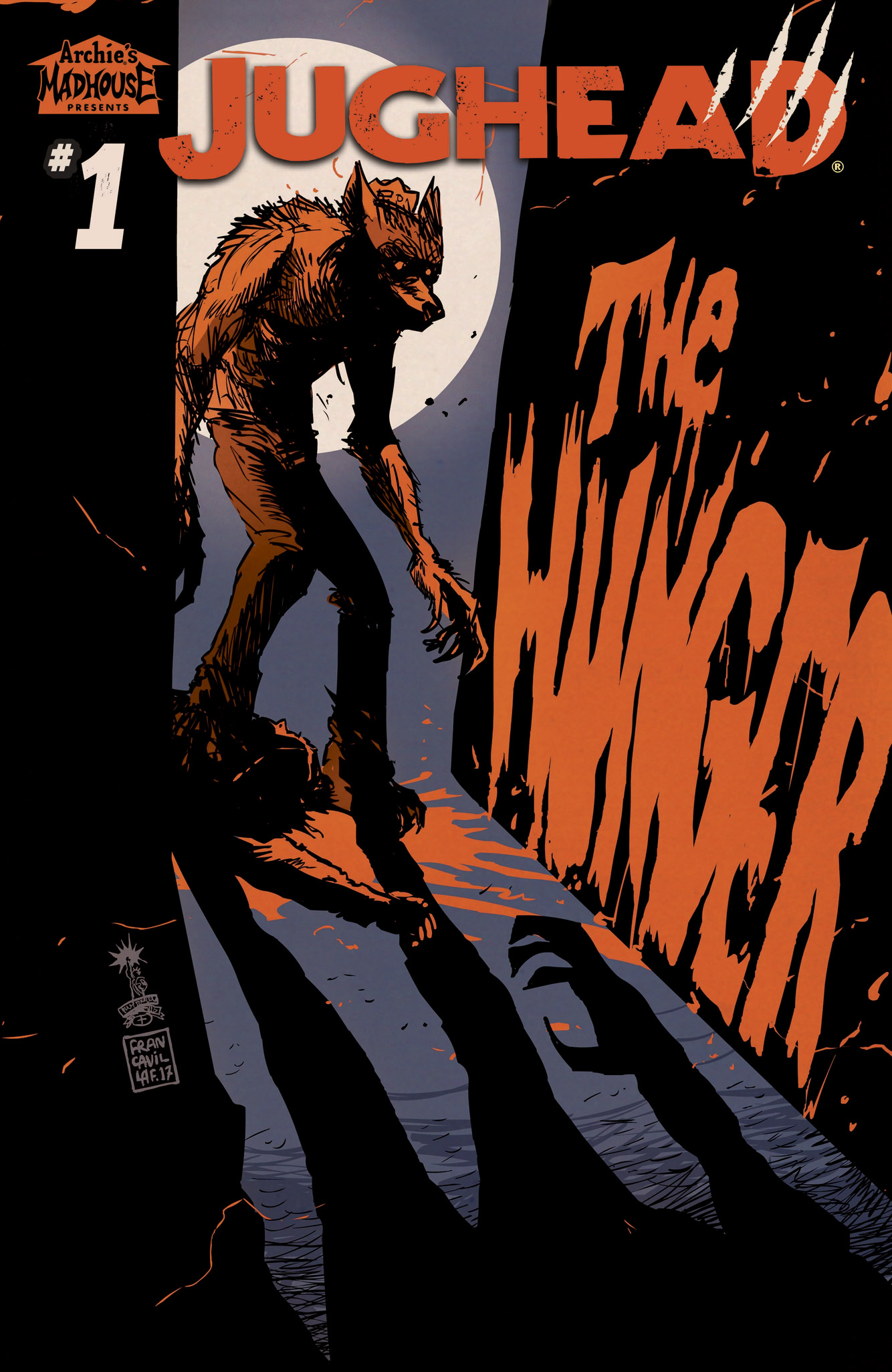 Like Afterlife with Archie and Chilling Adventures of Sabrina, it was a great mix of the quirky charms of Archie with genuinely spooky chills… and a lot of bloodshed, considering it ended with Werewolf Jughead slaughtering poor Reggie Mantle. Check out our interview with Tieri below to see just what we’ll learn about Jughead’s affliction – and the badarse legacy of Betty Cooper, Monster Hunter! – as the series progresses, as well as a preview of the first issue that teases Reggie’s true fate, making its debut here. 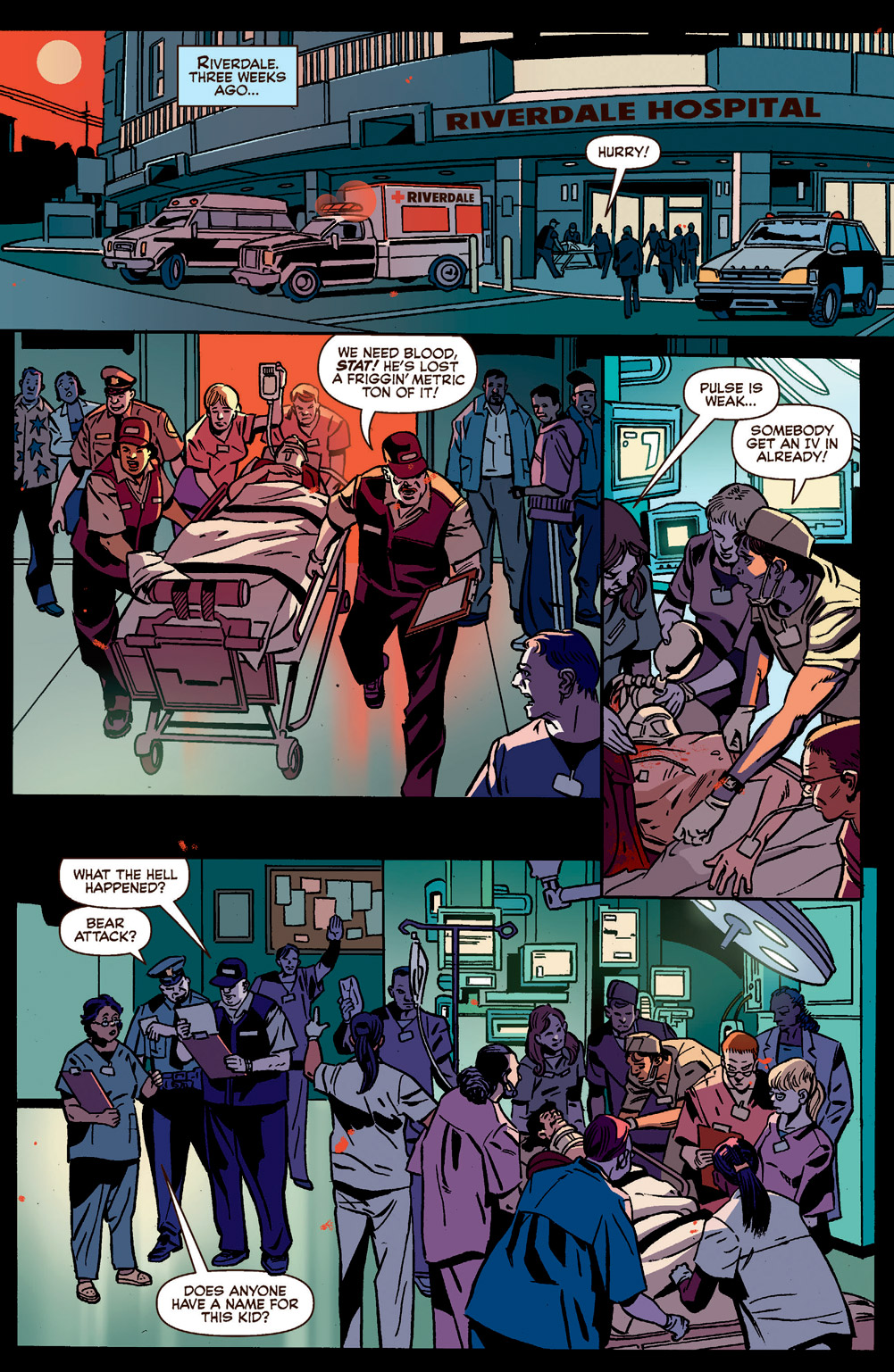 How did you feel when the reaction to the one-shot first came in, given the hopes that were riding on it to bring The Hunger to a full series?

Frank Tieri: We didn’t know what to expect, to be honest. Werewolf Jughead sounds like a crazy idea on the surface but it sort of makes sense when you think about it. (Hey, maybe there’s a reason why the guy’s always hungry, ya know?) The bottom line is Archie Horror has done really well for them so I had an idea we had a good shot at this thing – but even we were a bit taken back by the response we got. It was tremendous. And when we saw members from the cast from Riverdale tweeting out panels from the book, we knew we had something special going on. And so here we are!

Coming into this full series now that you have the premise established, what do you think sets The Hunger apart from your fellow Archie Horror books?

Tieri: We’re a classic movie monster book. It’s one thing I noticed when I decided I was going to pitch a Archie Horror thing – yes, they had a witch and zombies, but not a real old school monster book. I’m a huge fan of the classic Universal movie monsters – Frankenstein, Dracula, Creature from the Black Lagoon, et cetera – and yes, obviously the Wolf Man. Most of those stories feature reluctant monsters, tragic monsters. And with JugWolf, he can definitely fit into that category nicely. 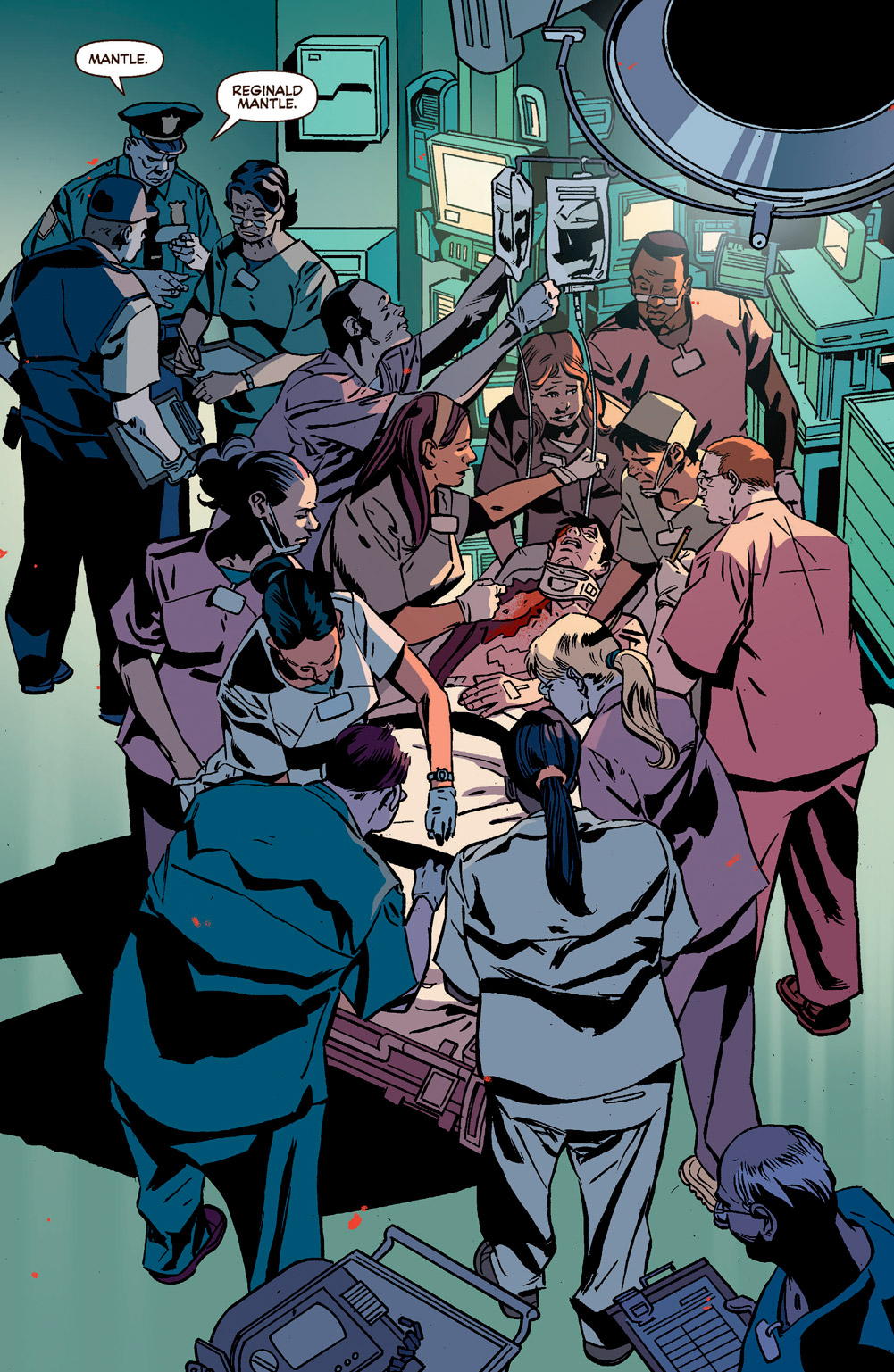 You’re working with a new art team for the full series, Pat and Tim Kennedy. What’s that process been like for you, especially after establishing the one-shot with Michael Walsh?

Tieri: I don’t have to tell you the job Michael Walsh did on the one shot. He’s a big part of why that book took off like it did. But you look at the job the Kennedys are doing now, with the great job Matt Herms is doing colouring them, and we like what they’re bringing to the table. We’ve got a nice classic EC horror book feel, and I think that works well for us. And I think fans will think so too. 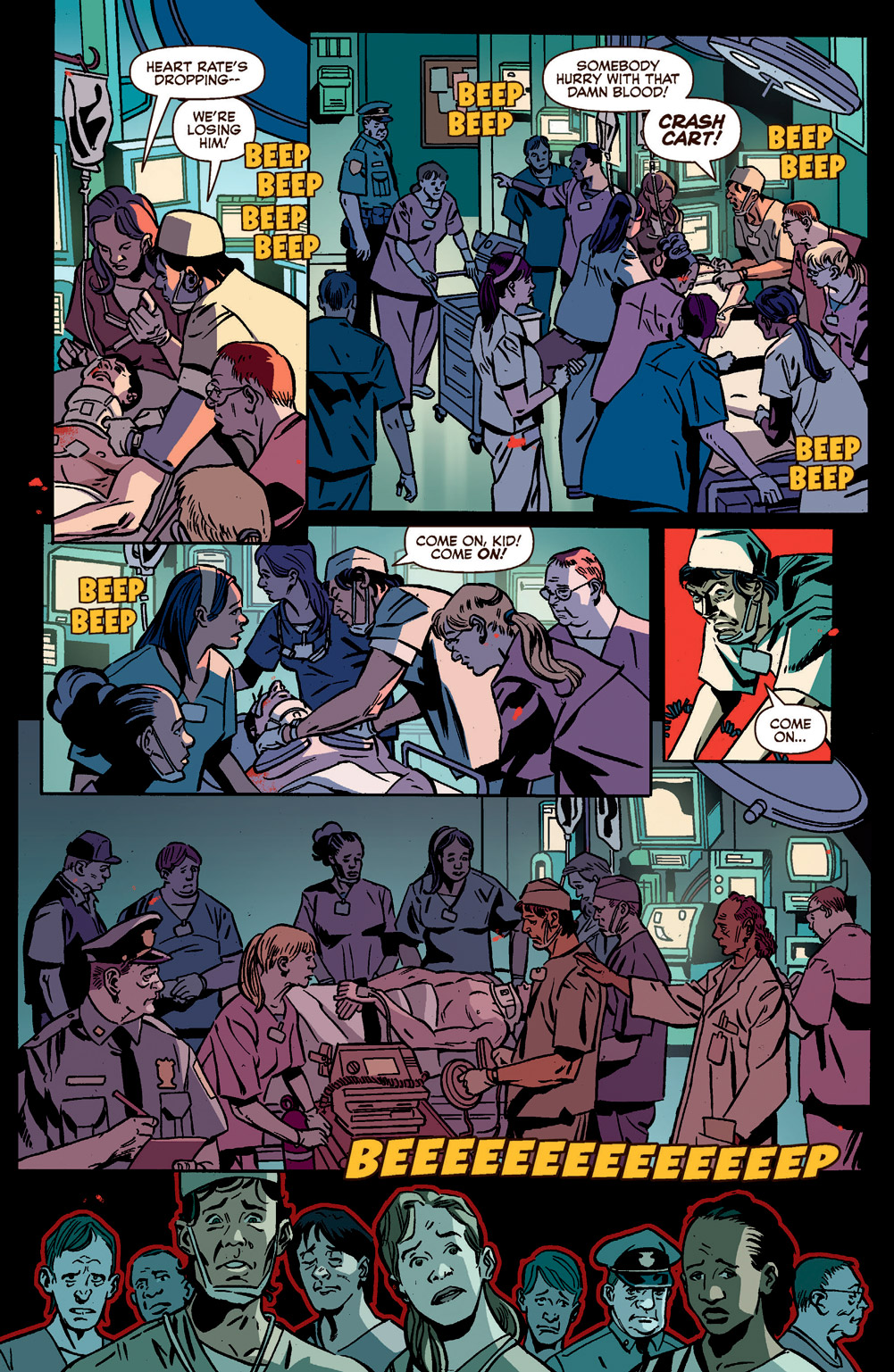 The one-shot dealt with Betty and Archie finding an unfortunately temporary cure for Jughead’s lycanthropy. Will that continue to be a goal for Betty and Archie in the full series, or now that they have seen it fail once, is there an inevitability that it could only end with the death of Jughead for them?

Tieri: You say “for them”… but the thing is, there is no “them” when it comes to what Betty and Archie’s goals are. Archie is very conflicted – Jug is his best friend but he understands he’s also this huge danger out there. He pushed for the cure for Jug and would surely still push for one.

Now Betty is a different story. She went along with the cure attempt but was never really into it. She’s been bred to fight werewolves and has got far more experience than Arch does, so she knows there’s almost no chance at a cure – that the only “cured” werewolf is a dead one. So yes, you can say there’s absolutely different agendas at play here – and that definitely will be the cause of some issues between them.

The first book concluded with Jughead leaving Riverdale after his werewolf urge kicked in again. Will he return home, or can we expect some new locations in the series?

Tieri: Both! Jug is on the run so yes, there’s definitely some new locales we’ll be seeing, like the circus in issue one. But Riverdale has always been a big part of Archie comics and you can expect it to play a big role here. For example, while Jug is a fugitive, something is brewing in Riverdale. Something that may be the biggest threat to Jughead yet… 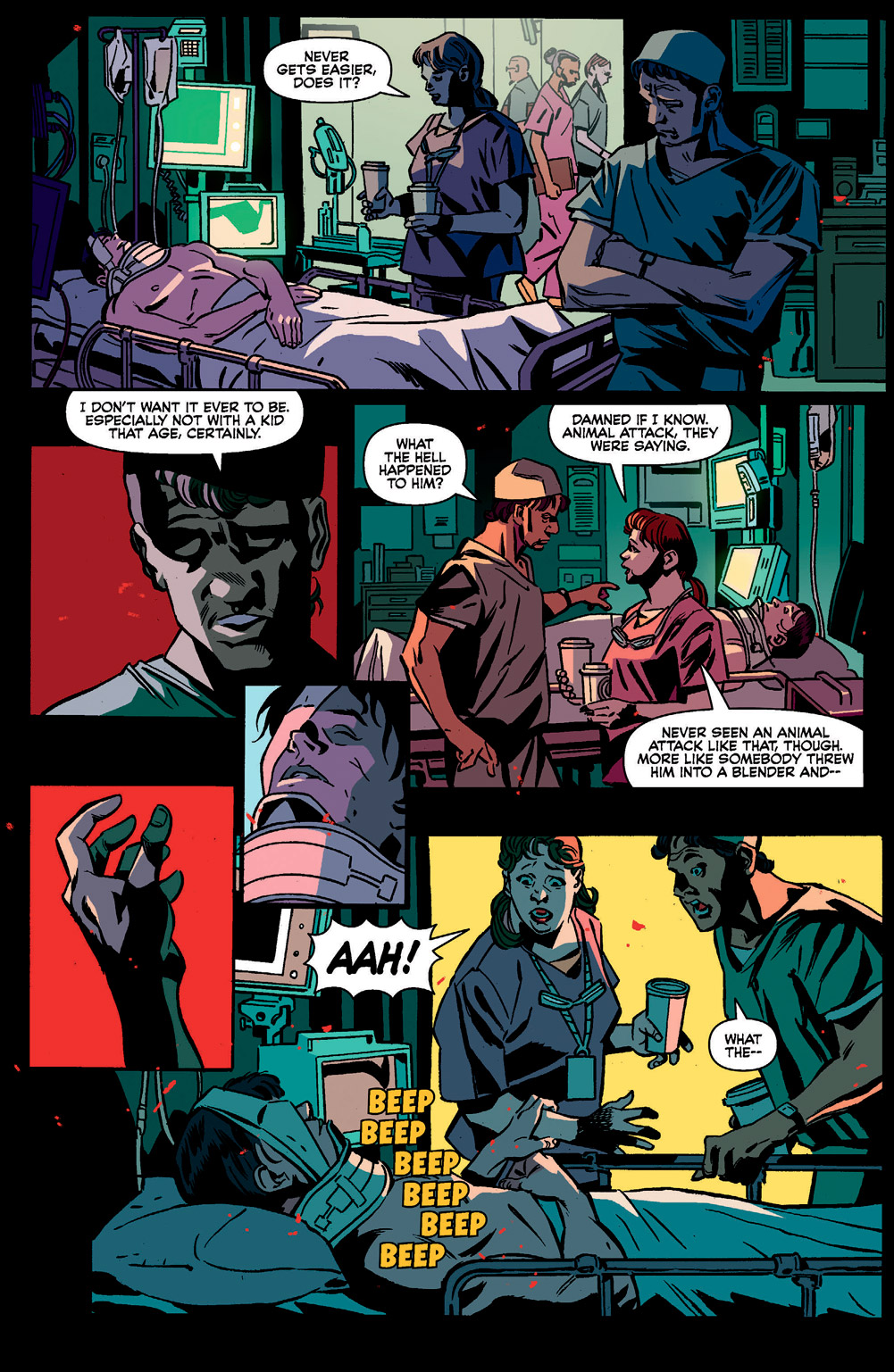 Speaking of moving away from Riverdale, beyond Archie, Betty and Jughead, are there any other classic Archie characters we can expect to see more of in The Hunger?

Tieri: We’ll see plenty of them – but most of all, we’ll be seeing more of Reggie. The threat I mentioned earlier coming from Riverdale? Not to spoil too much, but that will be coming from Reggie. We’ll learn that he’s not as dead as we were led to believe at the end of our one shot, and isn’t too happy about what went down. Him and Jug never really got along all that well and the fact that Reggie ended up in what amounts to a JugWolf blender and barely survived certainly only compounds things. He’s out for Jughead’s blood… and may now actually have the means to spill it.

Obviously Jughead is the titular character here, but how much can we expect to learn about Betty and the Cooper family’s monster-hunting past in the book going forward? That one brief shot of past Coopers in the first book was very cool.

Tieri: Look, contrary to what you might’ve heard… I ain’t stupid. I recognise that Betty Cooper Werewolf Hunter was as much the breakout character as Werewolf Jug was. So you’ll be getting plenty of her… and the other Coopers. And the other Joneses, as well.

As you point out, the sequence where we discuss this great past of the Jones family as werewolves pursued by the Cooper family as werewolf hunters was very popular among fans. Well, in the series we’ll be expanding things quite a bit so you’ll be seeing some of those characters. Including some from the past. In fact, issue four will be told entirely in the past and we’ll be focusing on one of those characters. So yeah, with this series you can expect to learn a lot more about the Coopers and Joneses and their twisted shared history. A LOT more. 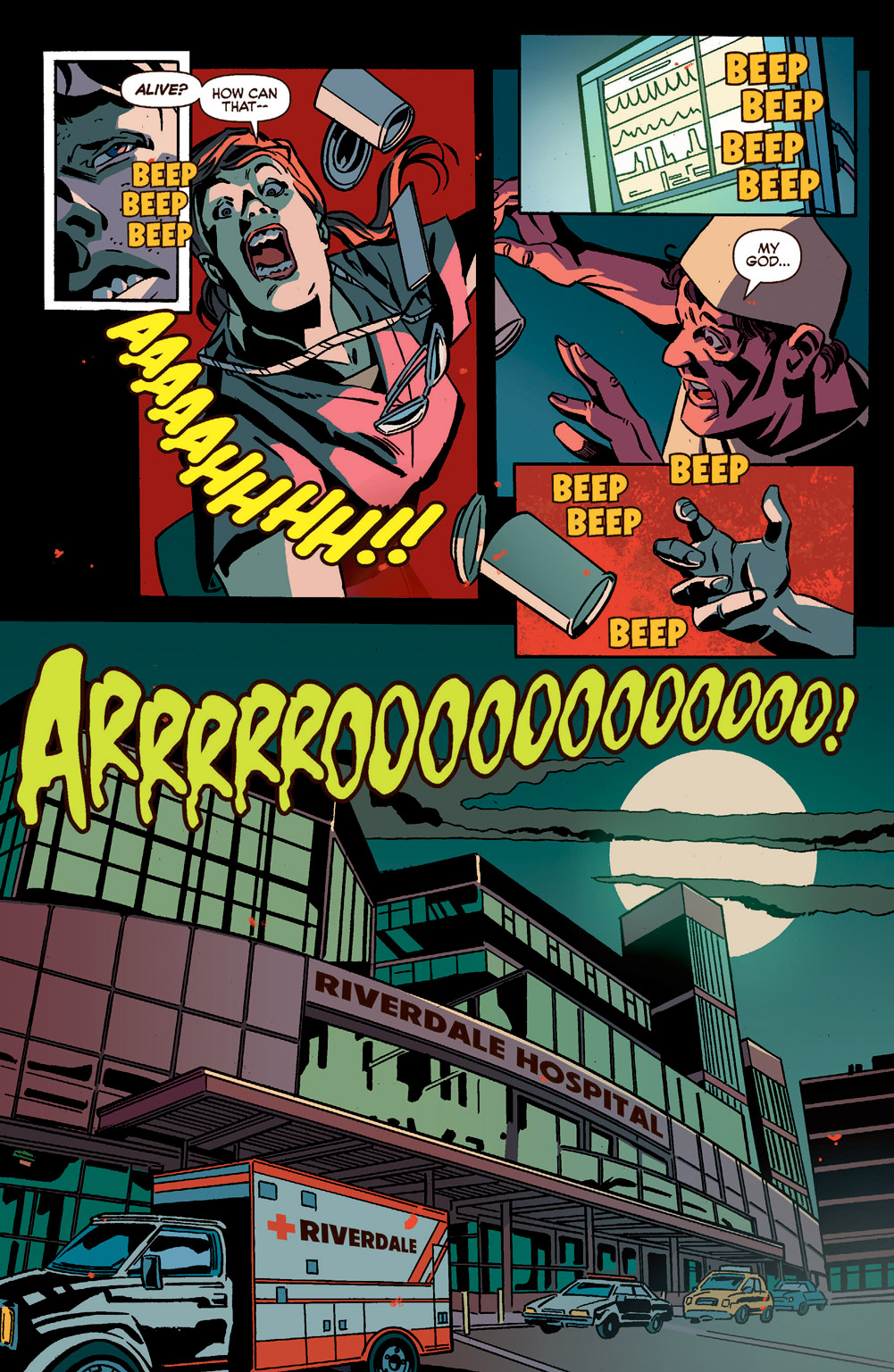 Afterlife, Sabrina, now The Hunger. What do you think it is that makes the world of Archie Comics such a perfect horror setting?

Tieri: I think it goes into something Stephen King always known – small town America is a perfect setting for horror. And you ain’t getting more small town America than Riverdale. Everything is so nice and clean and whatnot, so when you introduce a horror element, you turn everything on its ear. It just works.