You Can Get An Xbox One S Tonight For $4 [Update: All Gone]

Update: They’re all gone! Someone below managed to get one, but the consoles (or console, more likely) sold out literally in seconds. Original story follows below.

To grab the deal, you’ll need to head to this landing page and follow the instructions below: 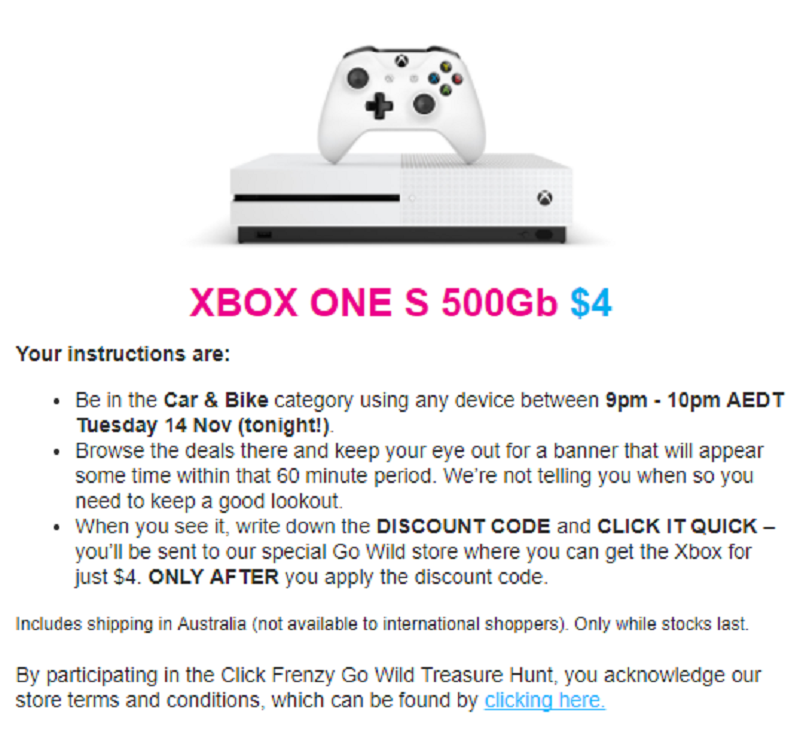 Time’s ticking. In the interim, if you want to chase up other deals I’ve been updating a sizeable list of games and (mostly) tech bargains below.

Update (2109 AEDT): Remember, the banner with the relevant discount code will appear some time over the next hour. Keep refreshing.

Update (2129 AEDT): Did you keep looking at the banner at the bottom of the page? Nikki did, and she scored herself a $4 Xbox One S:

Here was the image and discount code when it appeared: 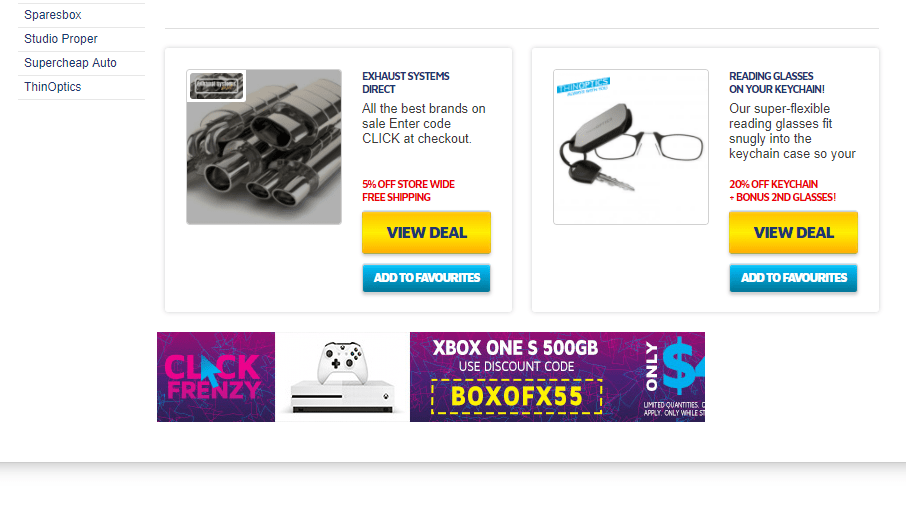 The Best Tech And Gaming Deals From The Click Frenzy Sale

We're only several weeks away from Christmas - which means discount season is well and truly upon us. And today is one of the larger days on the calendar, with retailers around the country taking part in the massive Click Frenzy sale this evening. So if you want a bargain on some tech or games, here's the best deals.