Tiny Metal Is The Modern Successor To Advance Wars

Nintendo used to have a big strategy series called Advance Wars. It's dead now, crushed beneath Fire Emblem's growing popularity, but those hoping for a return to the days of cute lil' tanks should definitely check out Tiny Metal.

Wait, isn't there a controversy surrounding this game? Kinda! As we've reported, the director of Tiny Metal — Hiroaki Yura — stands accused of embezzling $US1 ($1) million from the Kickstater campaign for Project Phoenix to pay for the development of this game.

It doesn't take long with Tiny Metal to realise this isn't inspired by Advance Wars so much as it's picking up its corpse and waving it around in the air, lifting almost everything about Intelligent System's classic series and bringing it to platforms you can't buy Advance Wars on.

It's shameless. From the unit design to how the game unfolds, from production and resources to the static narrative screens, Tiny Metal is Advance Wars in everything but name. This is great for long-suffering fans, but also a bit of a disappointment for anyone hoping that more could have been done with a formula that's now older than most of our readers.

If you've never played Advance Wars, Tiny Metal is a simple turn-based strategy game that pits armies against one another on a grid-based map, where units battle over the control of cities (which generate money) and factories (which build units).

Some missions play out almost like puzzle games, as you juggle the range and powers of a limited number of units, but most encounters play out like two tidal waves crashing into each other, as players seek to eke out an advantage in resources and production to allow them to outmuscle their opponent.

The unit roster is about what you'd expect, with a mix of infantry, armoured and aerial options available, though I found it a bit of an odd mix; it's missing some old Advance Wars favourites like the APC (which impacts gameplay, since moving infantry around bigger maps without a transport can be a pain), but has duplicates in many areas it doesn't need them (two artillery and two radar units, for example). 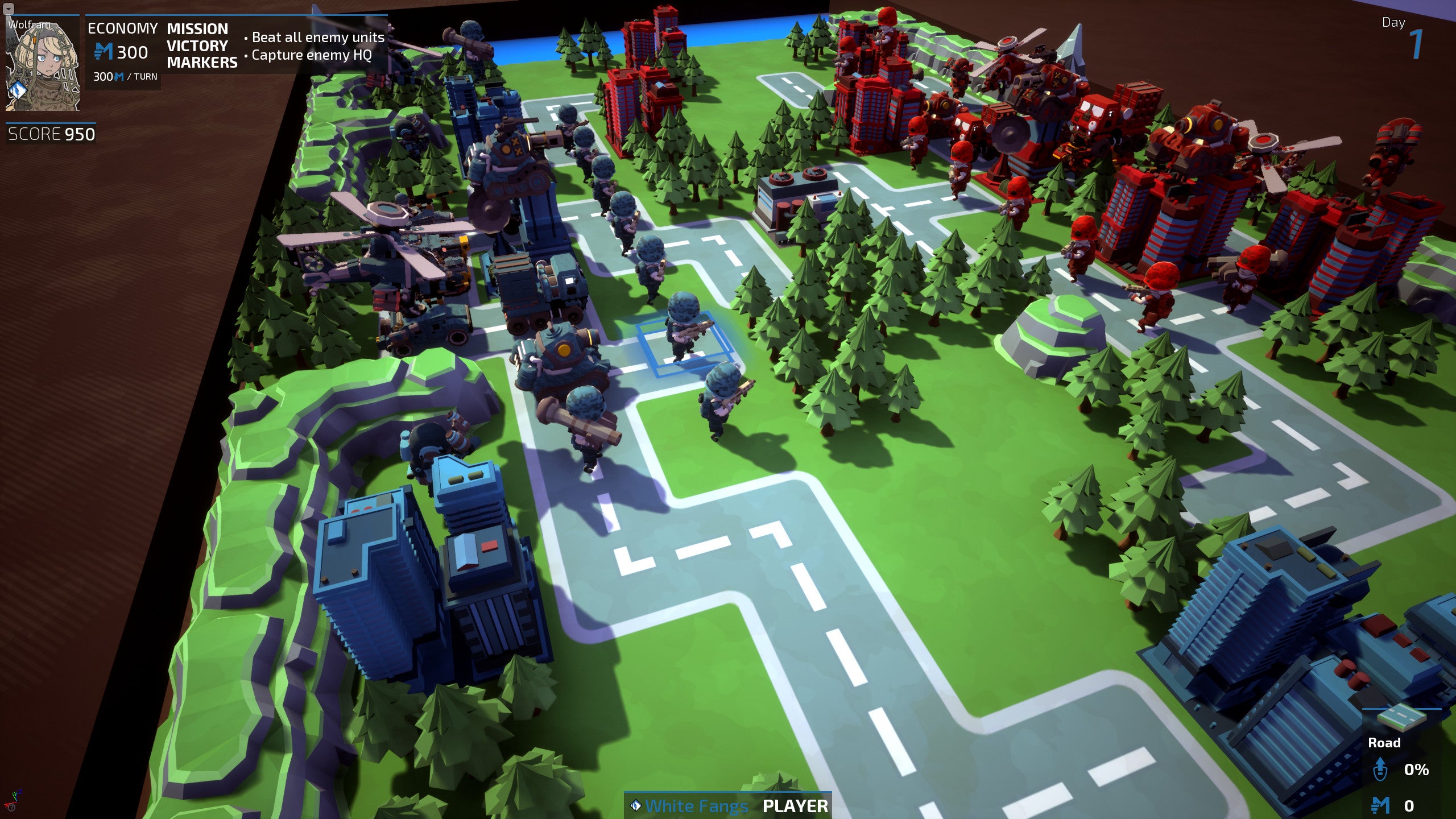 It does have some new ideas in this space though. The radar units help see into the game's very dense fog of war, even able to highlight the location of units behind it, and there are also Special Ops troops that function as super-expensive infantry, with extra vision and range (they're great for capturing cities).

There's one other space Tiny Metal has its own innovations to make, and I really like it. In Advance Wars, combat is always 1v1 between two units, but here there's an option to "Focus Fire", which allows you to attack the same enemy using a number of your own forces. It can really help smash a hole in the opponent's lines, but then, the AI has no trouble using it against you either.

Actually the AI has little trouble anywhere; while the campaign can be finished without breaking a sweat, the AI never makes things truly easy, and rather than resorting to outright cheating does a lot of sensible things like suiciding heavily damaged units and blocking your progress through narrow passages. 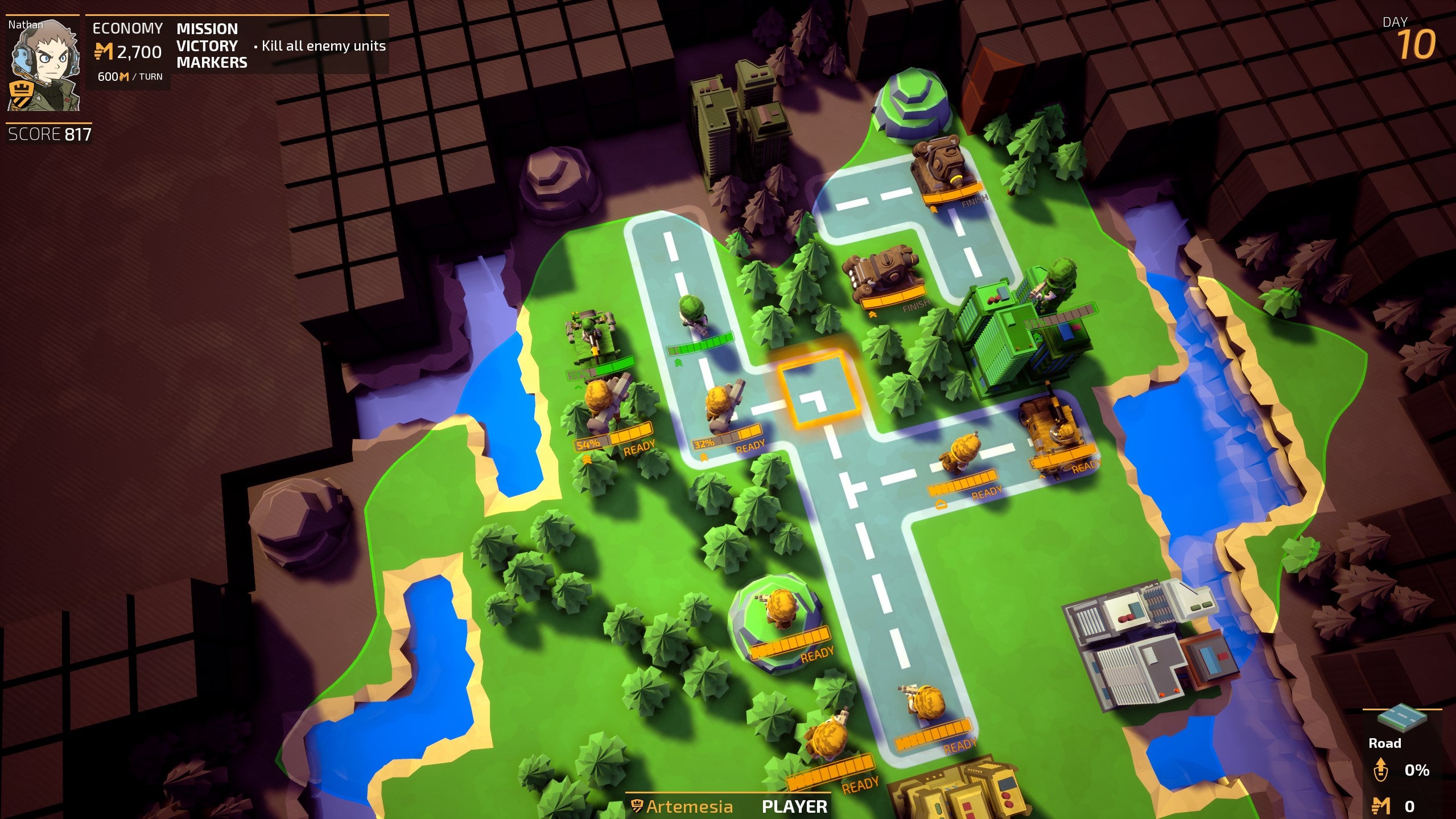 Tiny Metal is out this week, but it's not a finished product. The multiplayer section of the main menu still has a COMING SOON stuck under it, which is kind of a big deal for a game like this, meaning this is a singleplayer-only experience for now (though there is a huge array of skirmish maps to try once the campaign is done).

It's also clear that while a decent amount of work has gone into the battle side of things here, with the maps and units looking fantastic, corners were cut elsewhere; the character art is quite rough, and the cutscenes are poorly-translated and incredibly long-winded.

I played the game on PC, and while I had fun, I feel like it's not exactly the ideal platform for the experience on offer. The menus and UI are built so that it was quicker and easier for me to use a control pad, and I spent a lot of time wishing I'd been playing the Switch version instead (it's also out on the PS4 as well). 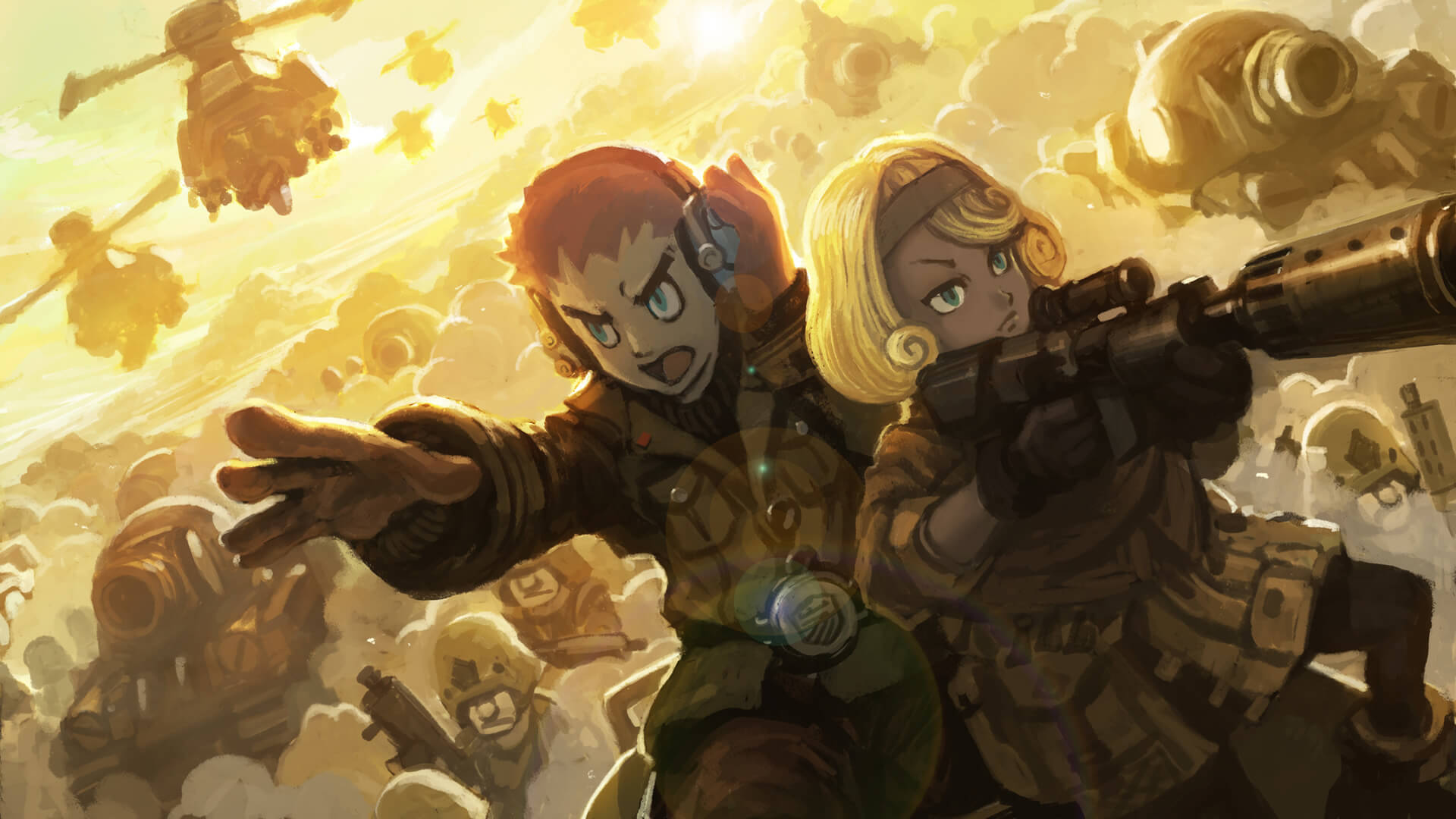 Tiny Metal isn't a bold step forwards for turn-based strategy. It's nostalgic comfort food, a calculated move to have me use the words "Tiny Metal Do What Nintendon't" in an impressions piece and have it actually mean something. Which it does, because clone or not Tiny Metal still pushes most of the same buttons Advance Wars did, and by default that makes it one of the best turn-based games we've seen in a while, at least on console.

Until Nintendo get wise and bring the series back themselves, anyways.