To The Moon's Sequel Feels Just A Bit Too Familiar 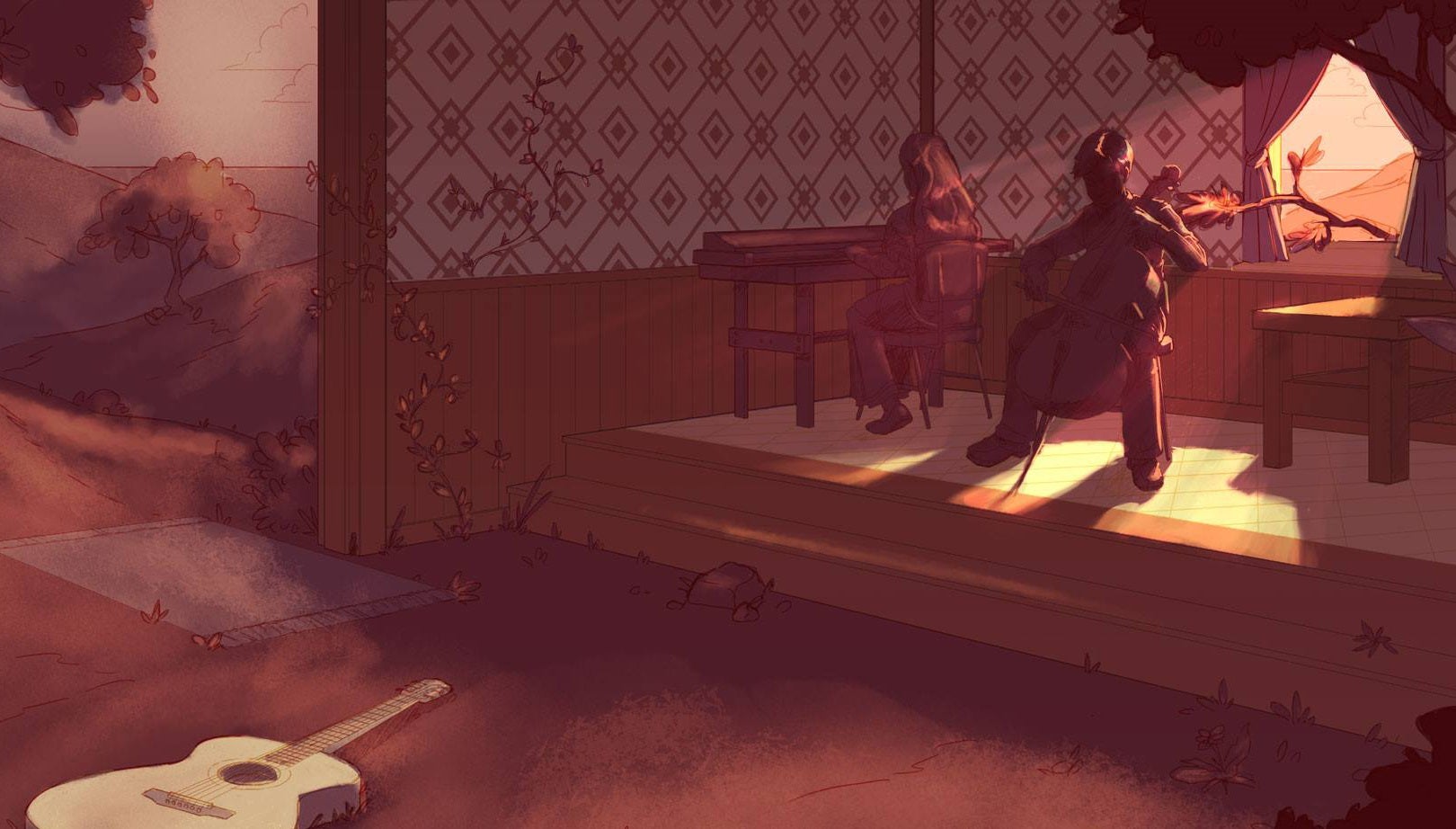 It's been six years since everybody cried playing To The Moon, an indie narrative game about venturing into a dying man's memories to fulfil his final wish. A lot has changed, especially in the world of independent game development. Sequel Finding Paradise, however, picks up right where To The Moon left off in almost every way.

Like its predecessor, Finding Paradise is a slow-paced, non-violent adventure in which you play as Rosalene and Watts of the Sigmund Corporation, two doctors who use a technomagical machine to delve into a dying man's memories and change them - hopefully for the better. Each memory is a little environment that you explore as a sort of ghostly observer, interacting with items and people to watch vignettes play out. Vignettes give you memory orbs, which you use to break force fields around memento items, allowing you to solve a tile-matching minigame and progress forward (or sometimes back) to the next major memory.

It's pretty much the exact same progression from To The Moon. Once again, it's an extremely video-game-y way of moving you between refreshingly non-video-game-y story beats: Moments of intimacy, loneliness, and words spoken, and left unspoken, or uttered into the wind for no one except their speaker to hear. While Finding Paradise's plot, in which you help yet another dying old man, might sound a little too similar to the original, this one is far less straightforward, both in its goal and (without spoiling too much) its telling. The patient this time around, Colin, doesn't harbour any grand desires such as literal or metaphorical space travel. His wish is simple, yet utterly stymieing: He wants you to eliminate his vague sense of regret while changing as little about his past as possible.

Right off the bat, this introduces some fascinating dynamics into his story. When you arrive at Colin's house in the present day, his wife seems standoffish, almost adversarial, even as her husband slips away and you work feverishly to make his dreams "real". Shortly after delving into Colin's memories, you learn that his wife was puzzled and heartbroken by his abrupt decision to have his memories altered. Their life together had ups and downs, sure, but they loved each other and raised a son they were immensely proud of, despite some emotional distance. "What the heck is Colin's deal?" is the question that drives the plot, and it's a compelling one. Each memory provides another piece of the puzzle. It's engrossing, even in its duller, more perfunctory moments.

Finding Paradise is a game about nostalgia, and its presentation reflects that. Its graphical style is a throwback to gaming's past, evocative of a nostalgia familiar to many players, regardless of how closely they relate to the specific themes of Finding Paradise's story. The piano-driven soundtrack is similarly good at conjuring up a powerful sense of wistful longing. In addition, I have to applaud the game's focus on mementos as a storytelling device. Plenty of games send us on lengthy collect-a-thons, but Finding Paradise imbues each item with myriad meanings, presenting them as prisms through which we can view multi-faceted lifetimes. There are a couple tearjerker moments that occur just because of certain items appearing in certain scenes and memories.

Finding Paradise inherits pretty much all of To The Moon's flaws as well, and it mystifyingly dispenses with some of the wordless storytelling savvy exhibited in spin-off A Bird Story. The pacing and tone are wonky, characterised by understated intimacy one second and slapstick, referential meme antics from Doctor Watts and Doctor Rosalene the next. To an extent, this approach makes sense. After all, without the occasional injection of humour, Finding Paradise would be an almost oppressively melancholy tale. 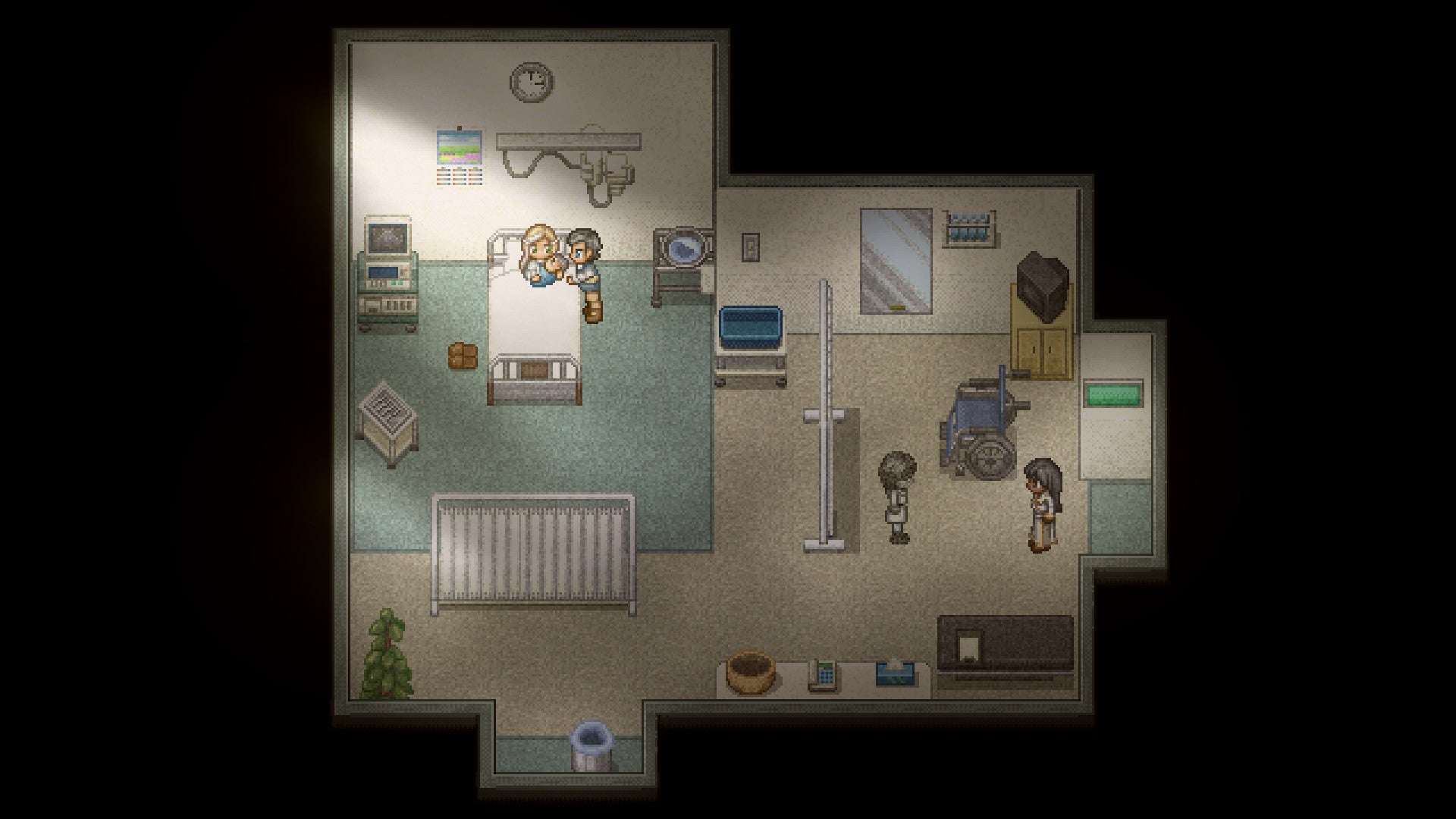 The particular sort of cartoon humour often exhibited by the doctors, however, is totally at odds with the grounded tale unfolding in front of them. Watts goes super saiyan at one point, right after we learn about one of Colin's painful childhood memories. And while some of these over-the-top gags land in spite of themselves, most fall painfully flat. Watts and Rosalene also have a habit of telling you what the game has already shown, an especially curious decision after A Bird Story did so much with minimal use of dialogue. It's hard to shake the feeling that Finding Paradise isn't confident in its own story - or at least, that it's worried players are too easily distracted or oblivious to stick with it.

Finding Paradise has some excellent, surprising moments, but they're buffeted on all sides by jarring pacing and a structure that, while sometimes effective, feels undeniably samey after To The Moon. If the first game managed to get you misty-eyed, this one probably will too. Six years and an entire generation of heartfelt indies later, however, it's much harder to ignore the flaws in Finding Paradise's writing and structure.