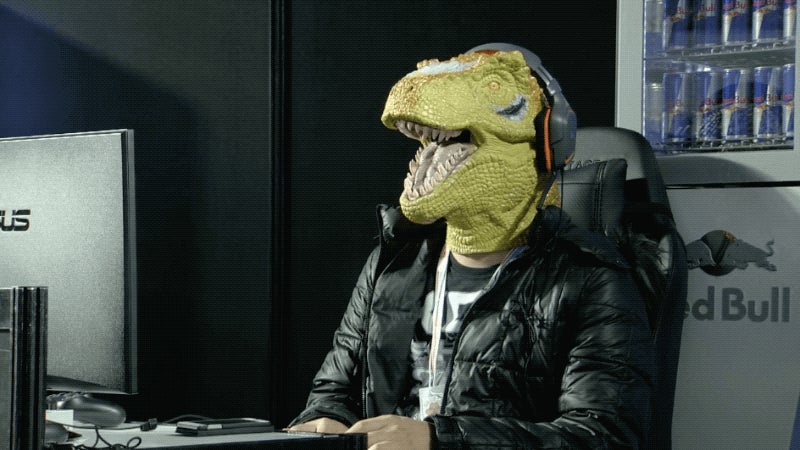 Japan's Colossus not only uses Dinosaur in King of Fighters 14, he wears a dinosaur mask while playing. Just like he did yesterday at Evo Japan.

This is just one of several masks Colossus owns and wears.

During the first day of Evo Japan, he didn't disappoint, playing as Dinosaur and appearing as, well, a dinosaur while facing off with France's Rickyo. 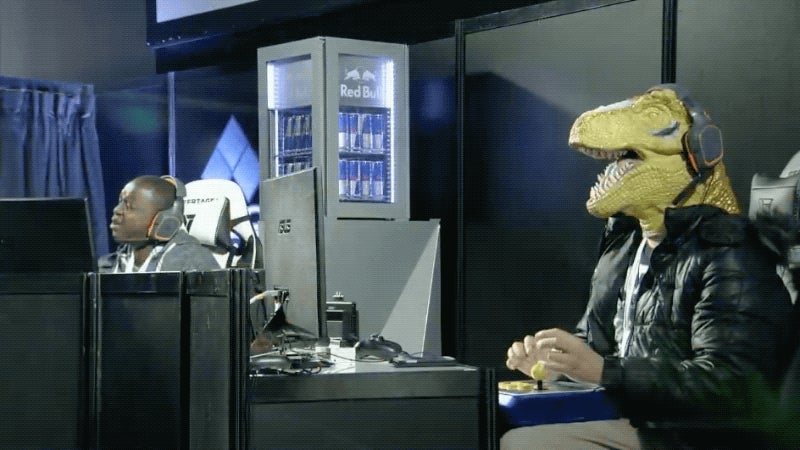 Colossus came out on top, mask, headphones and all. 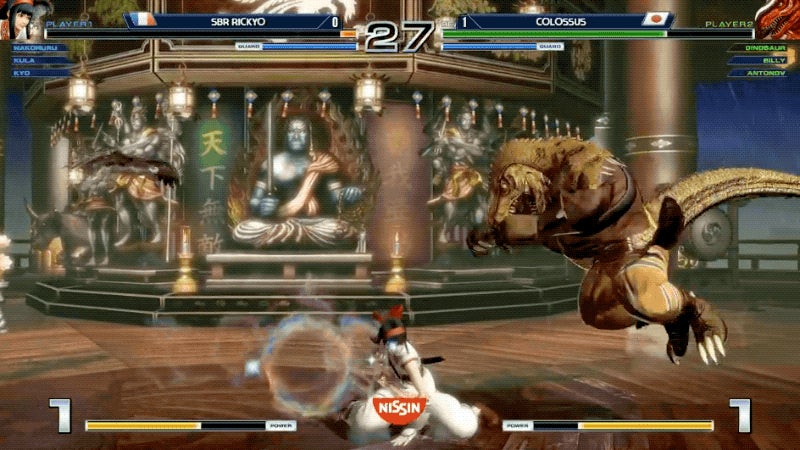 How can he see? 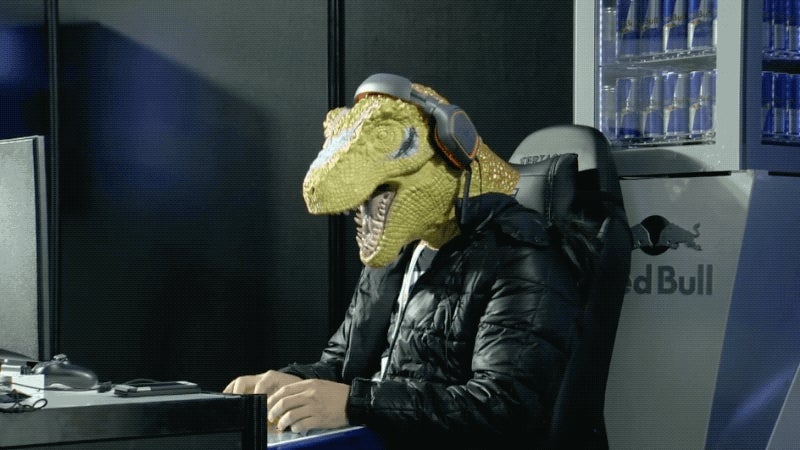 He can smell movement. 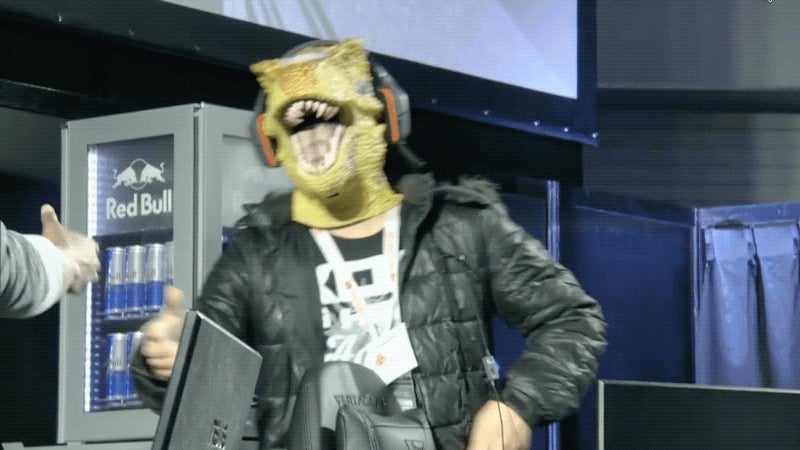 After the match Colossus thankfully did not bite his opponent's face off. That was nice of him!