Samsung's HMD Odyssey Is The Swankiest Way To Enter VR 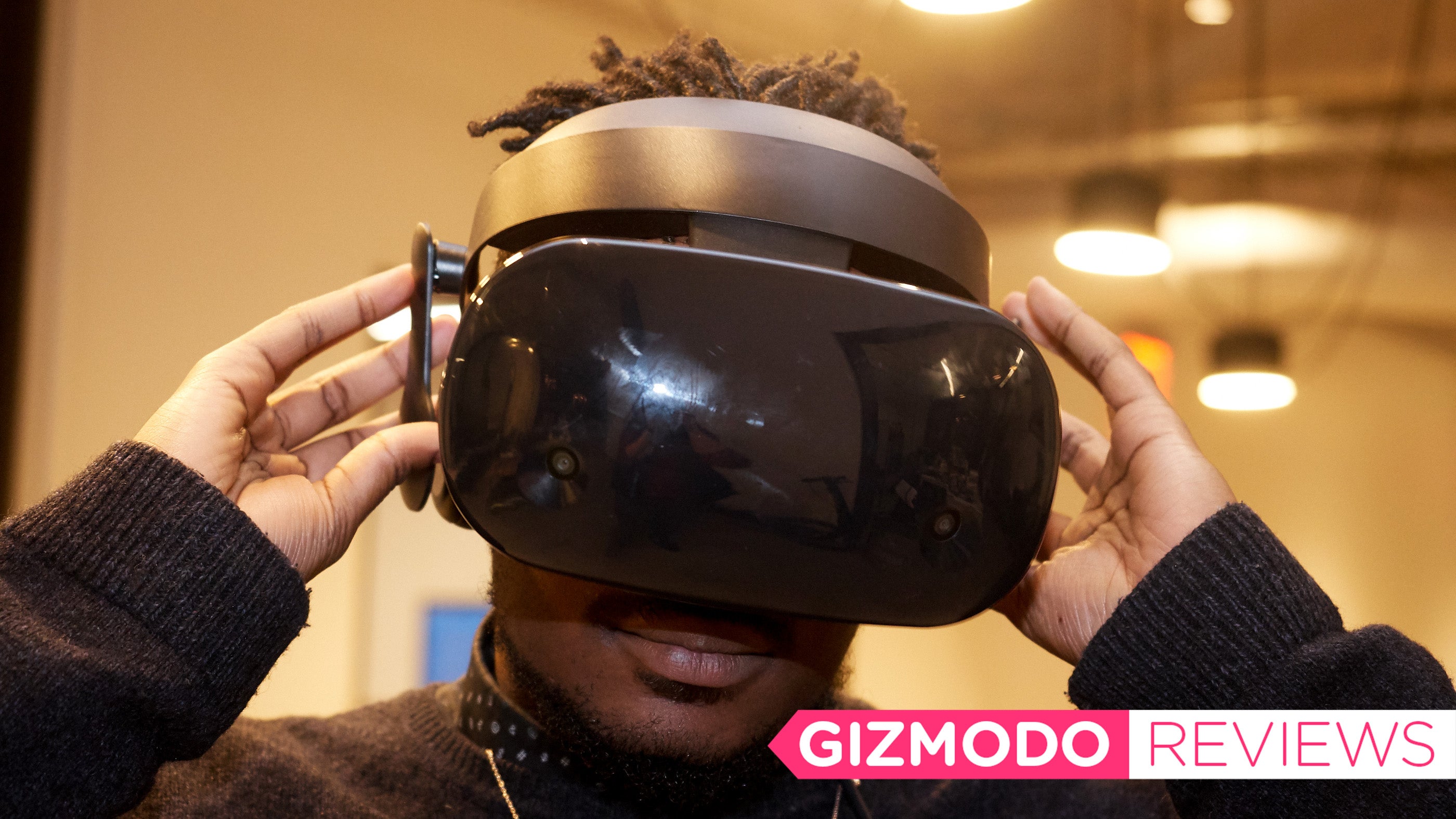 The first time I held Samsung's HMD Odyssey in my hands, there was only one thought in my head: this is not a toy. I didn't think that with other VR headsets. Acer's was clunky and cool, the PSVR was sleek and simple. But Samsung's HMD Odyssey is a class above, a full 645 grams of reality-altering gadget hanging from your face, with and AKG headphones, and a microphone built into its decidedly unattractive, front-loaded headset.

It's more akin to heavy-duty, serious sets like the HTC Vive and Oculus Rift. The Samsung device has its own merits and flaws that stand out. Almost immediately I realised that it's a clumsy thing built for deep, immersive game experiences. It's not a toy — it's the headset equivalent of the guy who brings a desktop computer to Starbucks to play League of Legends.

This imaginary guy I just made up, we'll call him Mike, is the perfect way to describe the HMD Odyssey. Mike is in Starbucks, six espressos deep, breaking records and killing e-sports careers. He doesn't have time for appearances. Similarly, the HMD Odyssey is not beautifully built.

At 645 grams, the headset is so heavy it actually drags you down during extended play. This is heavier than both the Rift (470 grams) and the Vive (470 grams).

When playing DOOM VR, I could always feel the weight of it on my face, and it only became more noticeable because the game constantly asks you to track enemy movement by craning your neck around corners and spinning around as monsters sneak up behind you. 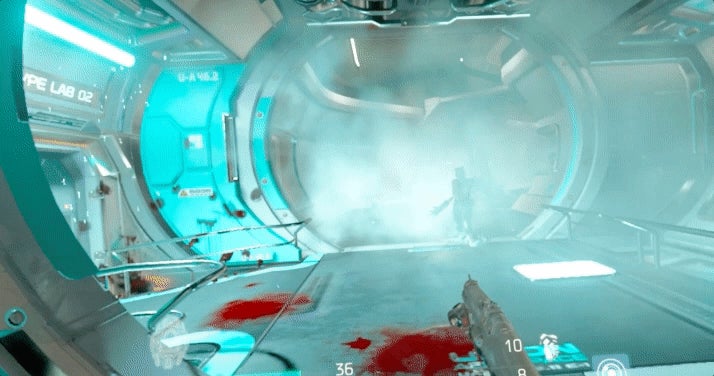 But DOOM VR turned out to be the perfect demonstration of what Mike here is capable of, headset issues aside. DOOM VR is a "what you see is what you get" kinda game: headshots, bloodsplatter, exploding zombies. The carnage is graceless, unrelenting, and exaggerated; like the excited chittering of a nine-year old seeing Transformers for the first time.

Rather than picking off monsters from afar, Samsung HMD's resolution made it worth it to be more precise: I'd aim for a kneecap, stagger a monster, then teleport directly into the enemy, triggering an explosion. Because of the clear resolution, I felt confident enough in my aiming to go for weakpoints. Ammo is all but unlimited, so while I could've mowed monsters down from afar without much effort, the crisp visuals made the extra effort worth it. It gave an axe-murderer a surgeon's precision, adding surprising strategy to what could've been lazy mayhem. As someone who becomes very lazy in FPS games, that's a feat. 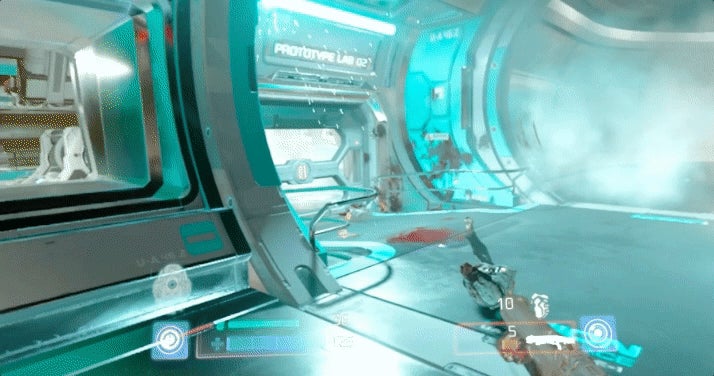 Selective laziness is key with any emerging technology. The HTC Vive is an infamously difficult to please exercise trainer, requiring that you set up the play area and not trip over cables.

Oculus Rift is a little simpler but still requires external cameras to get set up. The HMD Odyssey, being a Windows Mixed Reality headset, only requires that you plug into a computer with enough graphics juice to power it. This isn't just the Uber Black of Windows Mixed Reality, but of Virtual Reality.

Simply put, the all-in approach to immersion, with higher resolution and built-in audio — all part of the daunting $US499 ($628) price tag — work in concert to make for a thoroughly immersive experience.

Mike here does not fuck around. DOOM VR's stutters come from its controls — they feel too light for how huge the guns appear and way too many actions are assigned to too few buttons — but the Odyssey worked near perfectly. If you're going the Windows Mixed Reality route for your VR needs, this is the headset to own. 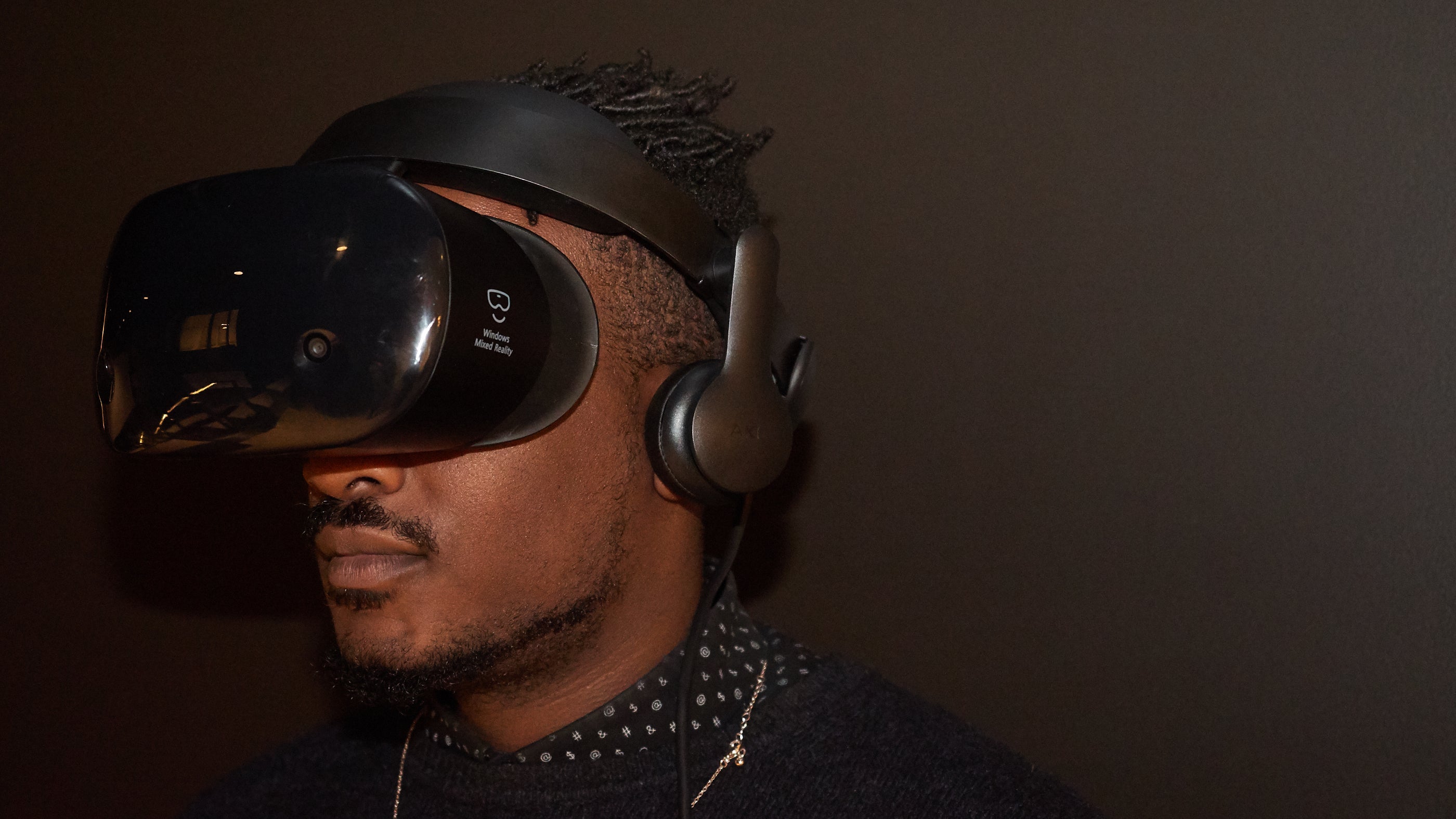 A spokesperson for Samsung offered this statement after reaching out them regarding local pricing and availability, saying “We are assessing the market to determine when the Samsung HMD Odyssey will be made available in Australia and will announce further details closer to launch.”

Looks like you'll have to import for the time being.