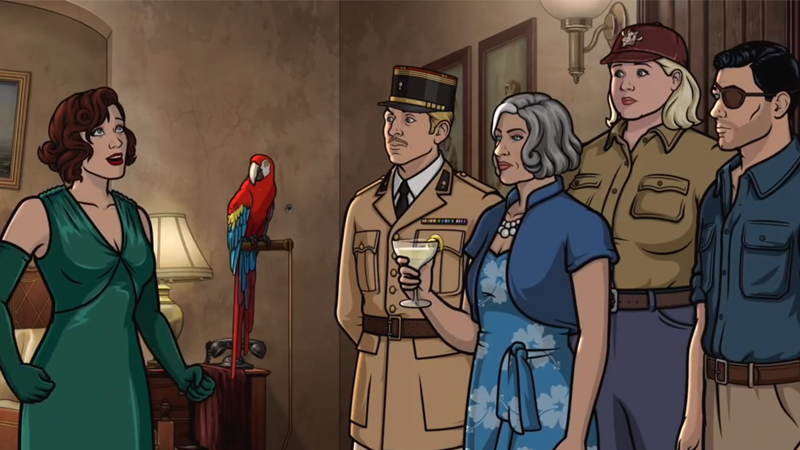 Indiana Jones meets Tarzan meets... well, the belligerent, drunk bunch of goofballs we all know and love as the cast of Archer. What could possibly go wrong?

Archer and the gang are jumping to the '30s for some island adventures. Image: FXX

Well, both "very little" and "maybe everything", given that the show's ninth season - subtitled Danger Island - is mostly taking place in Archer's head, or specifically the island of Mitimotu, as Sterling still isn't out of the coma he's been in since the finale of season six. It's just now that instead of old-timey noir, he's dreaming about 1930s pulp adventure novels.

While it's a little disheartening that there still isn't much movement in the "real" world of Archer to be found in this trailer, it's an absolute delight to see the show continue to tinker with stretching its limits to a very weird and wonderful breaking point. One that includes an eyepatch-wearing Archer, Nazis to be punched, and... Krieger as a talking parrot? Yes, please.