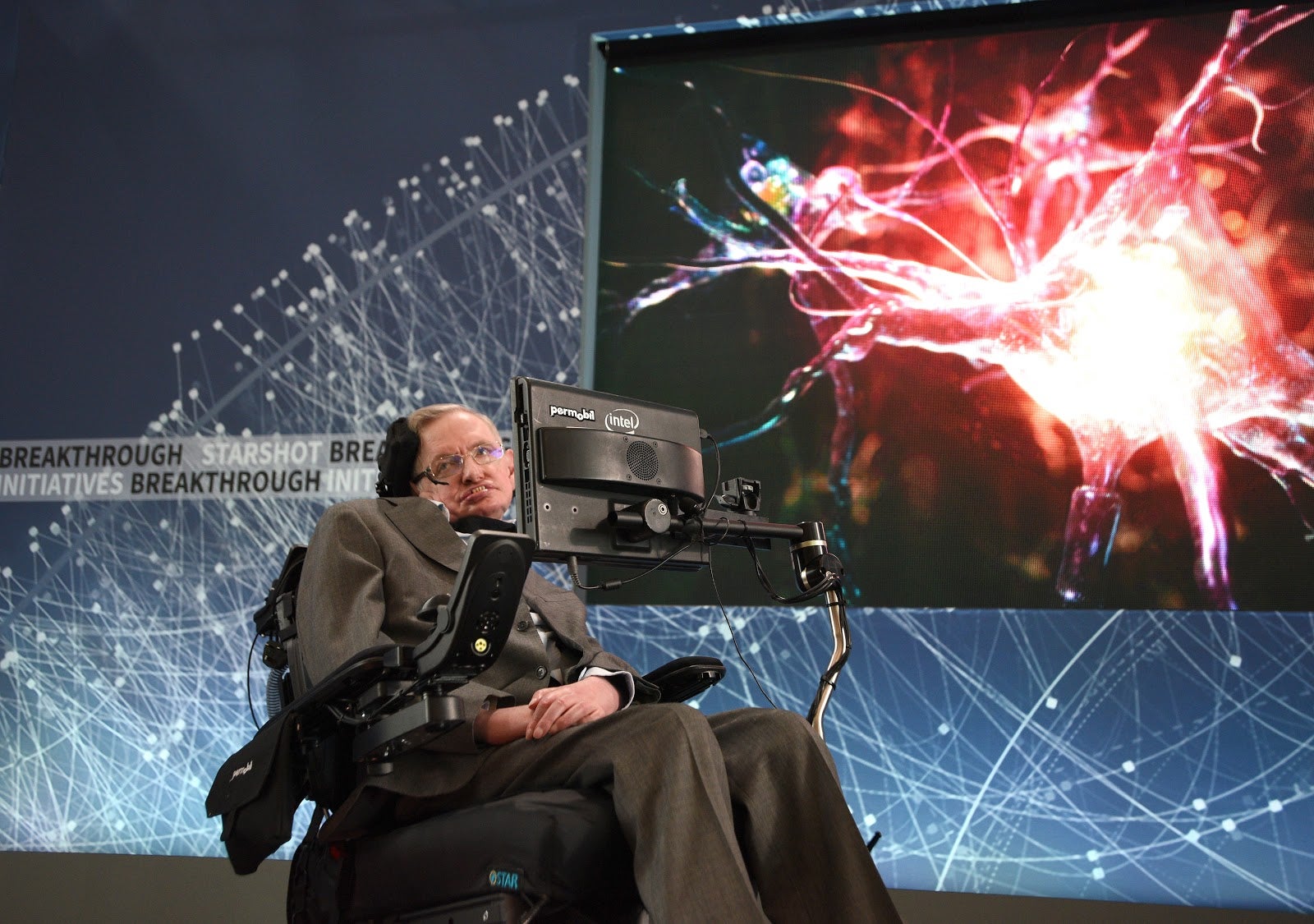 Physicist Stephen Hawking passed away on Wednesday at the age of 76, leaving behind a legacy of illuminating observations about the cosmos. Well-wishers in EVE Online are honouring his life by dropping dozens of interstellar beacons to commemorate one of history's greatest minds.

Cynosural beacons are normally used to set warp points in space to which players and their giant fleets can jump. They create massive bursts of light from great distances and can only be dropped in the game's lawless null sectors.

A user on Reddit suggested the gesture and plenty of players were glad to oblige.

"Since this is a SciFi space game and most of us are probably at least a little nerdy and understand the value of his contributions to humanity, I suggest we do some kind of tribute in EVE," Reddit poster kairiola wrote. "Take out a noob frigate on an alt... and spend a little ozone for one of the brightest minds humanity has ever had."

Numerous hubs throughout EVE Online are now bursting with bright energy clouds, even in areas where players are at war. The pictures above show a dazzling display worth more than any million-dollar battle.