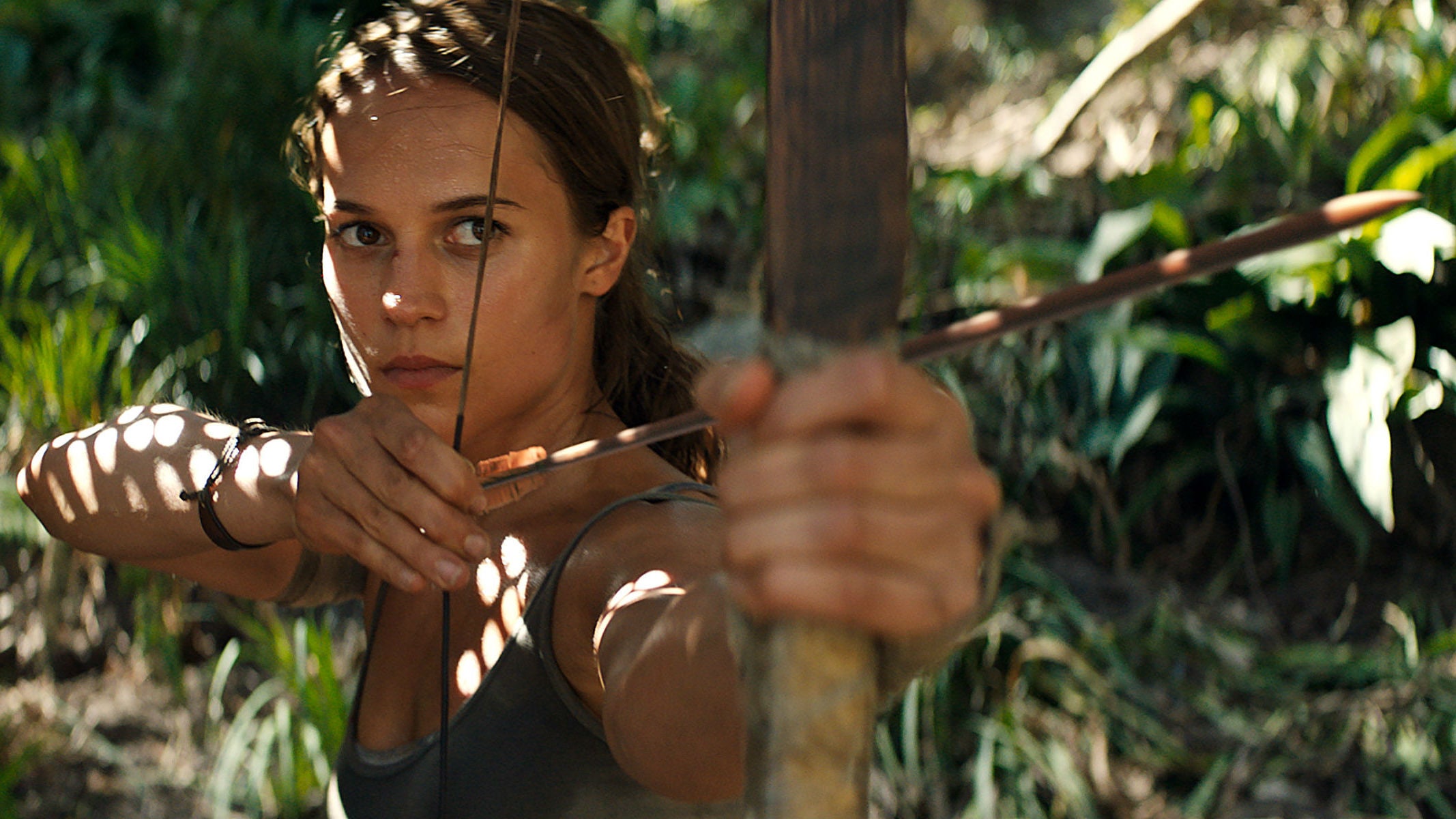 “If you have the origin story, that’s a way for us to get to know our character, to feel for them, to relate to them on a more human level,” star Alicia Vikander says of the new Tomb Raider movie, based on the hit video game series. This is true, but it also poses a very unique problem for the film: How to tell Lara Croft’s origin when the video games already did it really, really well?

The fan-favourite franchise was rebooted in 2013 in a new game simply titled Tomb Raider. In it, a younger (and pointedly less titillating) Lara Croft gets stranded on an island full of violent cult members and equally violent supernatural warriors. The appeal of the game was how it turned the titular raider of tombs into a three-dimensional character, showing her early development from a young woman with a penchant for exploring into a resource, resilient action-archaeologist. The game was a massive critical and commercial hit.

It was also an origin story, and its success kept the game firmly on the stars’ and filmmakers’ minds. “I think [the game developers] did brilliant work in bringing Lara Croft to a more contemporary setting,” director Roar Uthaug told io9. “After I got the job, when we were discussing scripts and action scenes and stuff like that, we kept going back to the game to see what they have done and to be inspired.”

So how to make a film that was more than just a live-action version of the game? First of all, by starting further back in Lara’s life. The movie doesn’t begin in a jungle or ancient city (or a tomb), but in the streets of London with a young woman, as Vikander said, “trying to find her footing in the world” 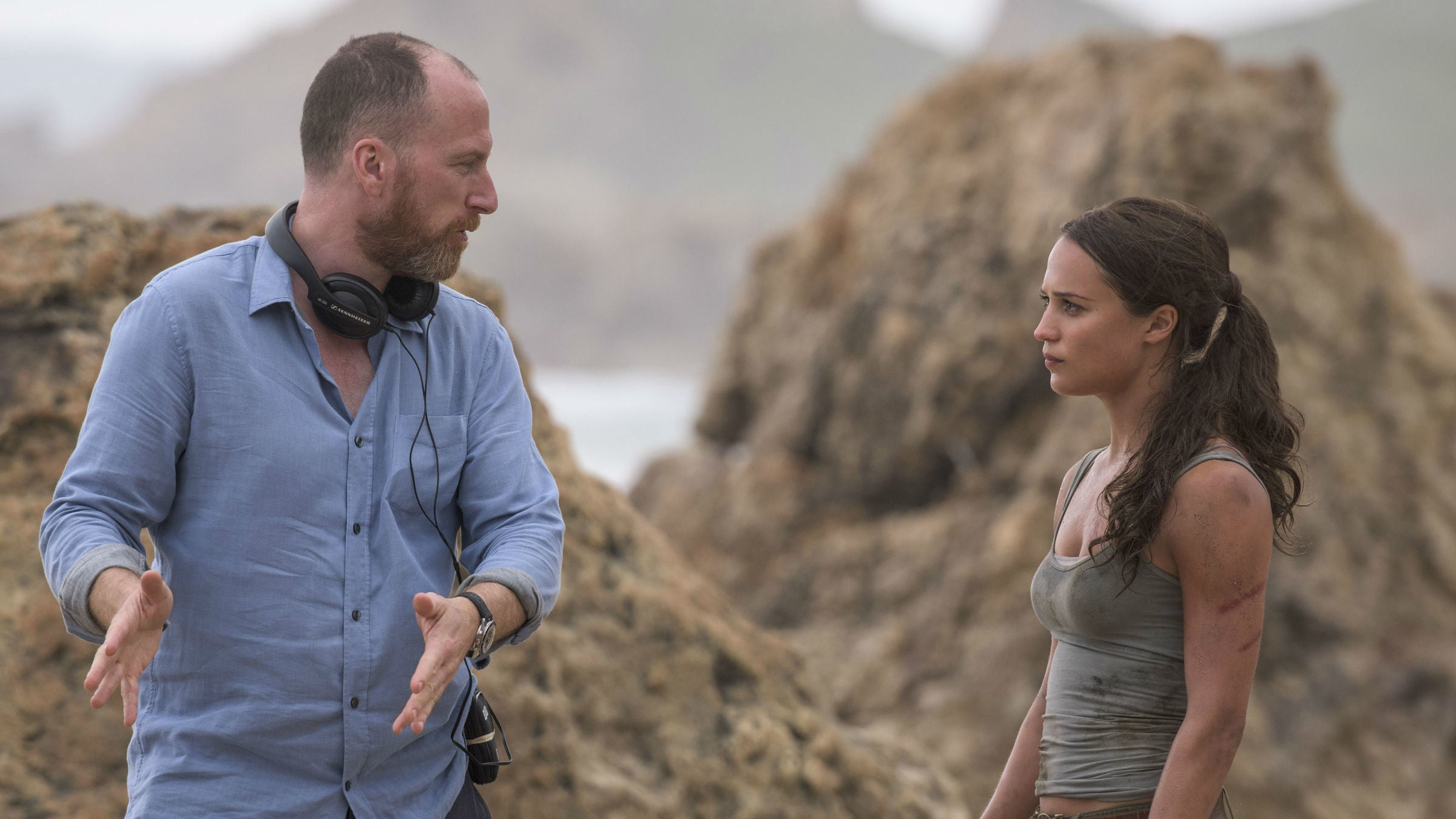 “What’s really important is that you feel Lara Croft as a real character,” Uthaug said. “I didn’t want to make her rich, living in a mansion. I wanted her on the streets of East London, working as a bike courier, trying to make ends meet. Kind of disowning her old heritage, and then she gets pulled into this big great adventure that she’s in no way prepared for.”

Since this is still a Tomb Raider movie, Lara Croft also has to kick arse, kill bad guys, solve puzzles, jump across chasms, and everything else players do in the game. She can’t spend the whole movie getting ready to do that. So Uthaug, along with producer Graham King and screenwriters Geneva Robertson-Dworet and Alastair Siddons, tried to split the balance in the movie — make it an origin story, but also a story where you learn how Lara can kick arse, solve puzzles, etc. 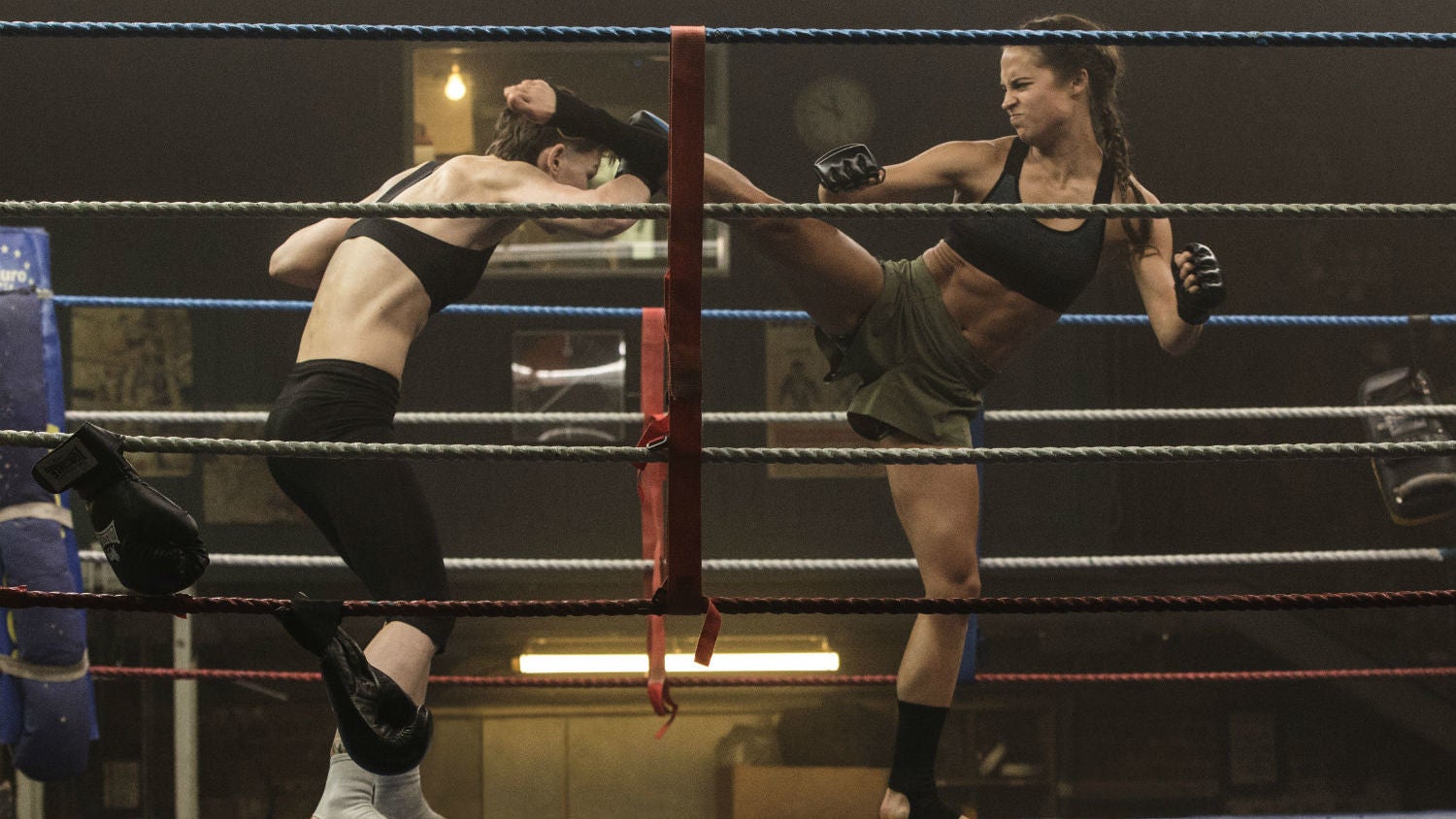 “It was important to us to set her up with some abilities,” Uthaug said. “That’s why in London you see her training MMA or biking. You see that she’s a physical person and she has some capabilities, although she’s in no way ready for what she’s about to face. And then you watch her kind of grow. Through each ordeal, she gets stronger. I think that it’s also important to see her fail and to see her pick herself and then keep on going.”

Vikander, too, saw the movie as a challenge — not just in terms of growing the character, but on a more thematic scale. “I’ve done a lot of art house films,” she said. “[But in] a film like this, you’re able to mix these big spectacles with heart and find something that is grounded. To make an artful, interesting story, commercial and big and loud as it should be — that, I think, is the biggest challenge.” 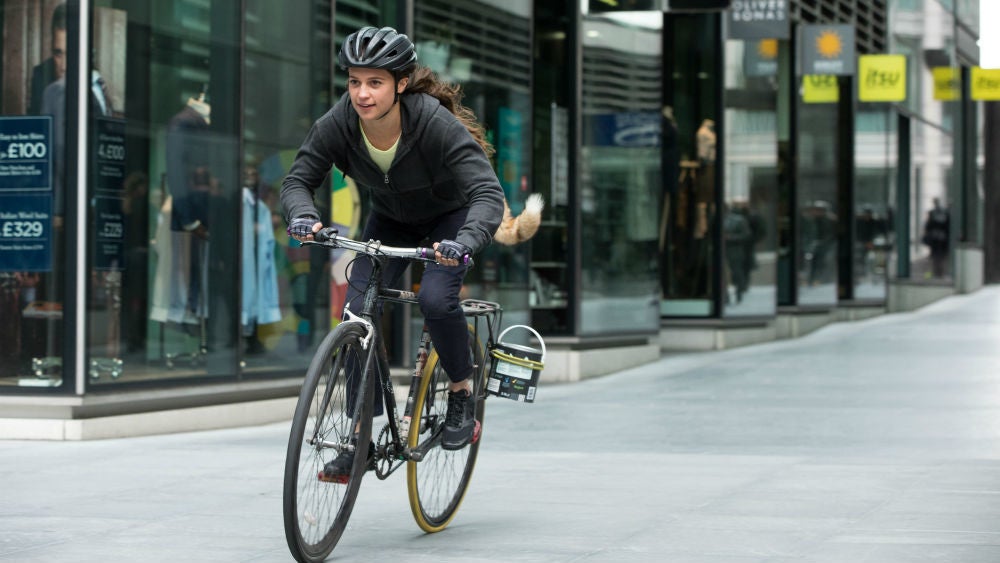 Package delivery from one Lara Croft.

Uthaug had the same challenge, but as director, he also had to provide that aforementioned spectacle — all while avoiding the all-too-familiar mantra that video game movies suck. While he didn’t think of the cinematic stereotype as a potential curse on the movie, he thinks he knows how to transcend it anyway.

“What was important to me and what I feel is important in any movie, is you have to care about the character,” Uthaug said. “If you don’t care about the character it doesn’t matter how big the spectacle is. So that was our mantra. Get to know Lara, who she is, root for her, see her struggle and, through that struggle, through her ordeals, [and] watch how she becomes the Tomb Raider.”