Yakuza protagonist Kiryu Kazuma has travelled all around Japan throughout the series. From Tokyo to Osaka to Okinawa, the series has featured gorgeous cities full of lights and bustle. Yakuza 6: The Song of Life sends Kiryu on a new quest that brings him to the quiet Hiroshima town of Onimichi. It’s a wonderful place that reminds me of everything I’d like to have if I didn’t live in New York City.

Part of what made Kamurocho such a powerful space is the fact that players have seen it grow and change over the decades. As Kiryu’s grown older, Kamurocho has marched forward without him. Kamurocho is a marvel of lights, noise, and technological growth that Kiryu cannot keep up with.

Watching his struggles to understand chat cafes or personal AI assistants – comical as they were – made me think of my own difficulty adjusting to New York City. It is loud and busy, and everyone walks one step too fast. Like Kamurocho, it is a beautiful place brimming with character but also one that can be completely overwhelming.

In his search for Haruka, Kiryu makes his way to the quiet seaside town of Onimichi. Many of its streets are small, with barely enough room for two people to pass without bumping shoulders. Warm sunlight beams down across the bay, so unlike the hard neon lights of Kamurocho’s entertainment districts. Moving to Onimichi, Yakuza 6 feels like an entirely different game. Kiryu spends his first day there looking for a place to spend the night, befriending bartenders, and learning the layout. It is intimate and comfortable in a way that I associate with my home back in New Hampshire. Kamurocho feels like a place you’d want to visit. Onimichi feels like a place you want to live. 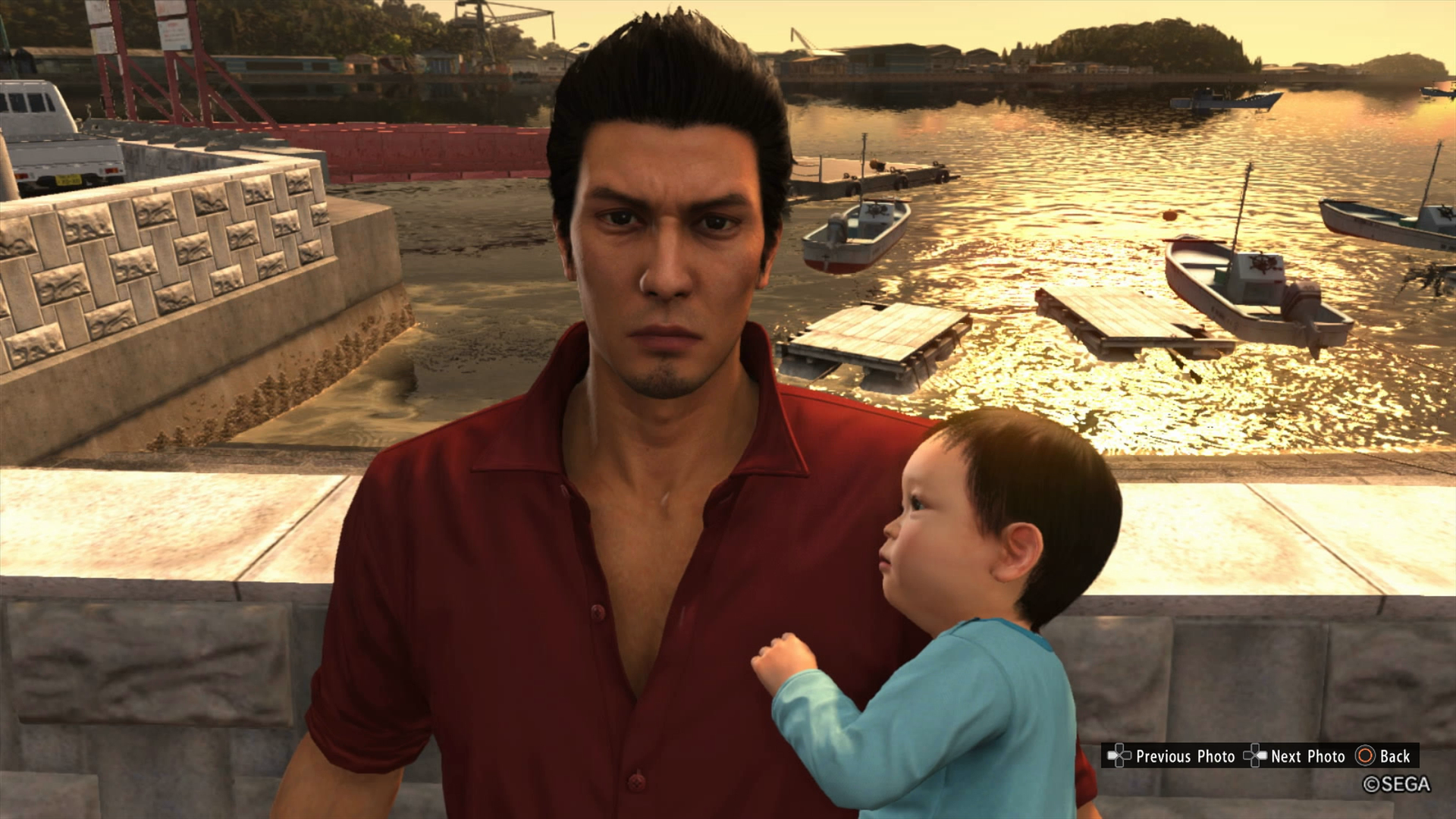 An early moment in Onimichi cements it as a place of domesticity. Having found a place to stay, Kiryu prepares to rest, only for Haruto to start crying. He is hungry, but Kiryu has no food, so he takes Haruto and set off to find a store. The player wanders through the dimly-lit streets, stopping occasionally to play a mini-game where they have to calm down Haruto. By tapping the controller or using the DualShock’s motion sensing to rock it back and forth, the player can lift Haruto into the air or gently soothe him until his crying subsides. It’s a moment that wouldn’t be possible in Kamurocho’s raucous streets.

I love the people in New York, and every day offers a new sight that I’ve never seen before. I’ve become a better person simply by walking down the street and seeing diverse, hard-working people. But the adjustment has been hard, and I think about leaving often.

Just like Kamurocho, New York City is a wonderful place, but its pace can be hard to keep up with. I long for my own Onimichi, where I can write quietly and spend time with the people I love. I’m glad that Yakuza 6 has been able to give me a small taste of that.