Hearthstone Director Reveals 'The Craziest Card We've Ever Made' 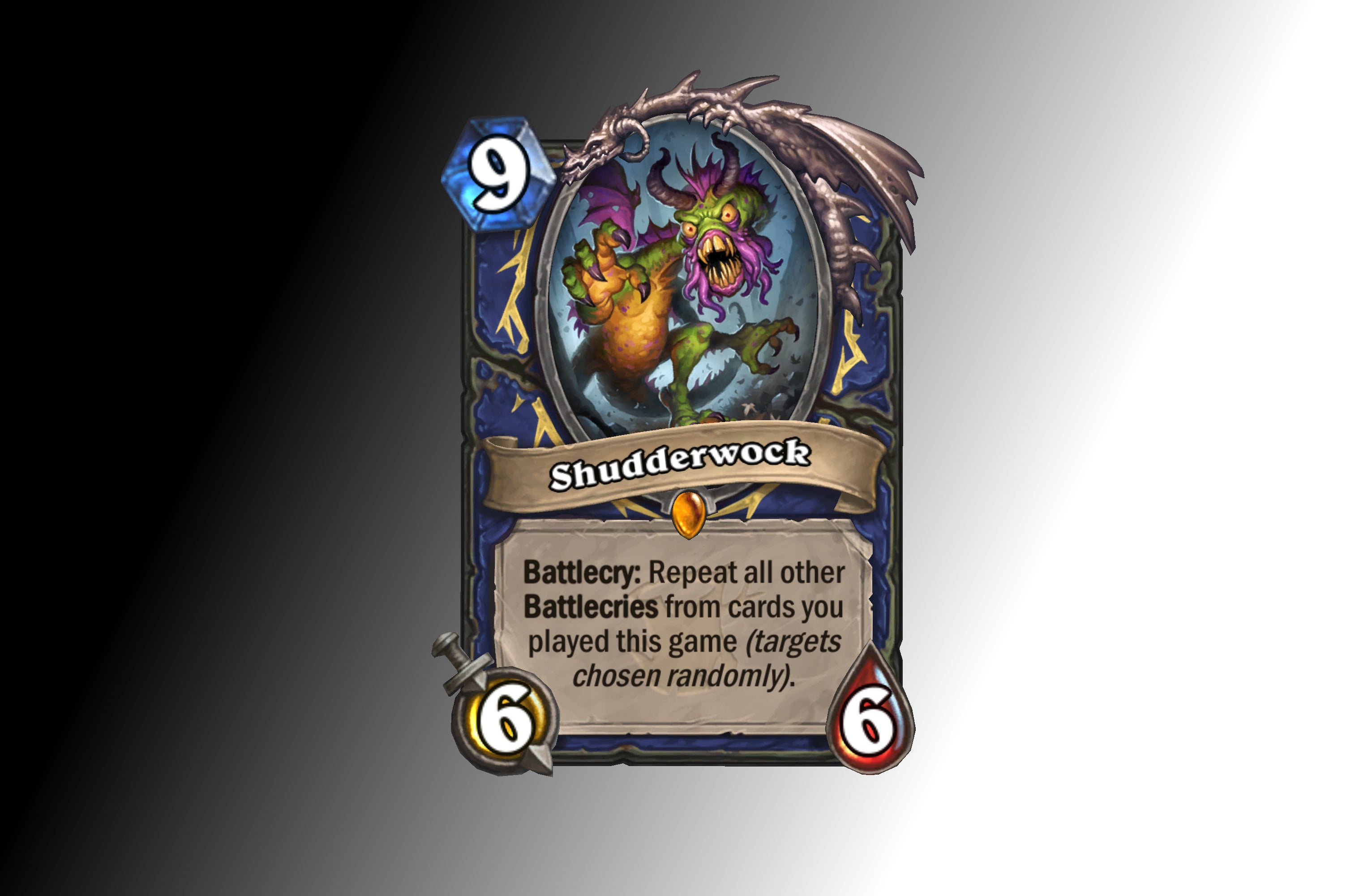 Hearthstone's upcoming expansion, The Witchwood, will drop on April 12, and game director Ben Brode feels "very worried" about one specific card in the new set. This past weekend at PAX East, I got an advanced look at the set and let Brode get his anxiety off his chest.

This card in particular has given the Hearthstone design team good reason to agonize about The Witchwood's upcoming release.

"The Shudderwock is the craziest card we've ever made," Brode said, referring to one of the new legendary cards. "Also the most complicated to engineer. Battlecry: Repeat all other battlecries from cards you've played this game. So, every single battlecry that's gone off, he'll play it again."

A "battlecry" is the ability that a minion will trigger upon entering the battlefield. The Dr. Boom card's battlecry, for example, summons two exploding robots to the field.

The Shudderwock's targets are chosen randomly, but there's a way around that. "You want to make sure you're putting battlecries in your deck that don't have a target," Brode said, his sentence culminating in a desperate laugh.

Facing a player with one Shudderwock in their deck sounds bad enough. But, in some circumstances, you might have to face two of them. "There's a card in Knights of the Frozen Throne called Saronite Chain Gang, and the battlecry is: summon the exact copy of this minion," Brode said.

"That's pretty good with Shudderwock, because it summons an exact copy of Shudderwock."

Seeing a playtester pull off that exact trick struck fear in Ben Brode's heart. "These guys were play testing on Friday," Brode said. "I watched a guy play Shudderwock, summon an exact copy, and then there's another card called Grumble, who returns all of the minions to your hand, and now they cost one. And so that battlecry went off, and that second copy went back to his hand with a cost of one. And there's 20 other battlecries. So this thing went on for a minute - and then he plays the second Shudderwock." Brode shook his head, laughing.

Brode tried to put a stop to the madness, telling his colleagues: "Guys, whatever card you made that enables this, you just change it right now." No can do, they told him. All of those cards are going into The Witchwood.

Hearthstone can move quickly if unforeseen imbalanced combos emerge. "We've been working on technology that lets us change cards without patching so we could move as fast as we want to in those scenarios," Brode said.

This won't be the first time that Hearthstone has introduced a dread-inducing card, either. Brode brought up Yogg-Saron, one of the game's most random cards, which has served as a controversial draw for pros in sticky situations.

When you summon Yogg-Saron, he will cast a random spell on a random target for every spell you've played in the game.

"We wanted that card to be crazy and fun for for a certain type of player who likes unpredictability and connected stories," Brode said. "But we knew that it was the kind of randomness that really frustrates high level players."

Unfortunately, Yogg-Saron ended up being so powerful that it became a must-have in decks even for high-level "esports-style players" who don't always enjoy seeing so much random chance creeping into a skill-based competition. "But it was also super fun," Brode said.

"And so we were like, 'OK, how do we change this card?' We can't nerf it. It already costs 10 mana. The power level's in the battlecry. So, we made a change where he stops casting spells if the spells kill himself." 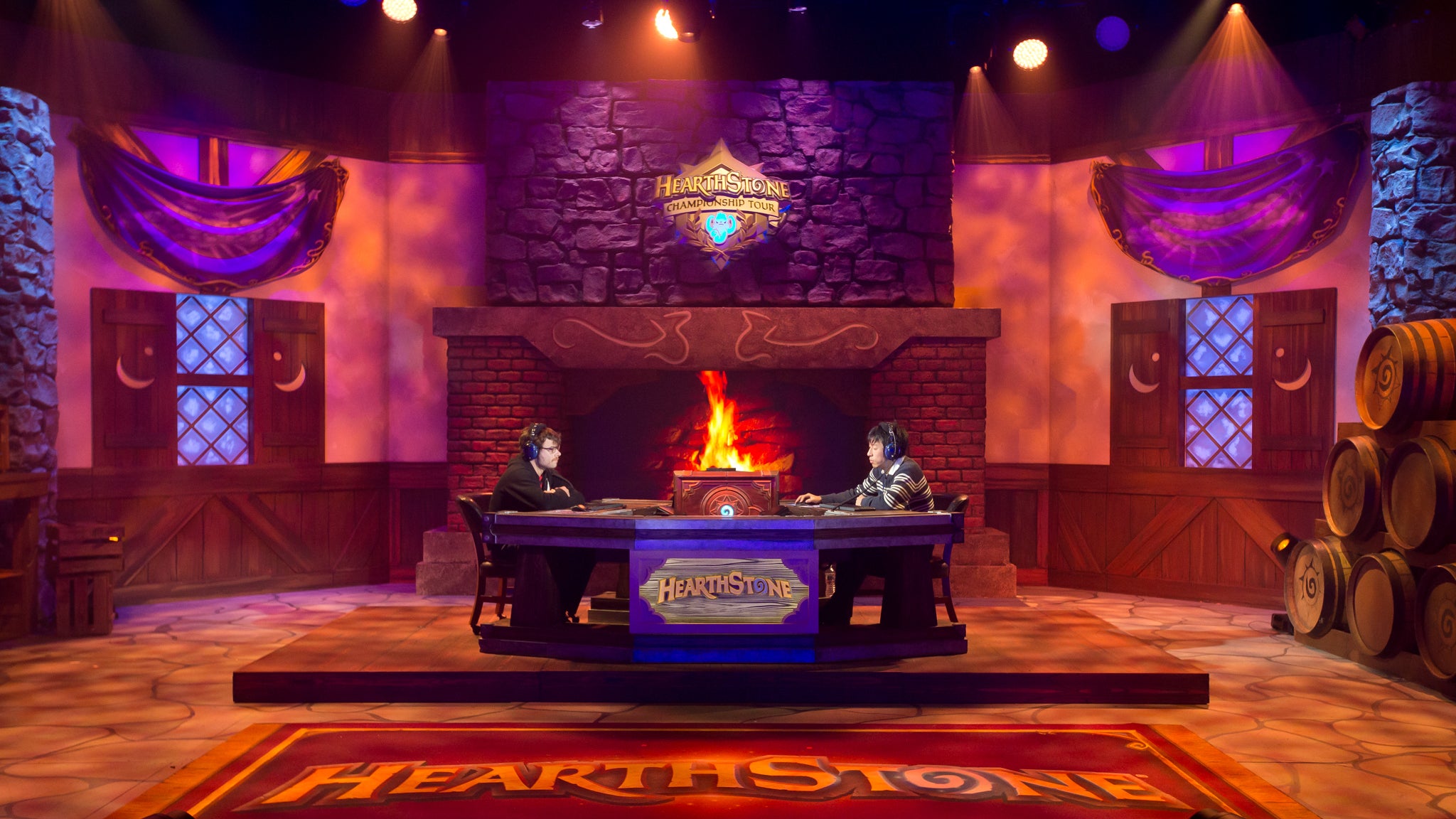 Hearthstone's Randomness Can Be Tough For Pros To Swallow

Hearthstone is a game for haters. It's expensive; its metagame stands still for months; no matter how well you play, you will drop games to bad players with good luck. Read the comments on pretty much any article about Blizzard Entertainment's wildly successful collectible card game, and you'll find a glut of testimonials from disgruntled ex-players who quit because they think the game got too random.

The Hearthstone team doesn't like to remove cards from standard play until two years after they have been introduced, and they didn't even make an exception for Yogg-Saron. They probably won't make an exception for any of the cards in The Witchwood either. So let's hope, for their sake, that the dread is just healthy nerves.

The Witchwood has plenty of other new content besides just one flashy card. There's a single-player mode called Monster Hunt, a Witchwood-themed reprisal of Hearthstone's Dungeon Run mode, with eight AI bosses of increasing difficulty.

There are four Monster Hunt-specific classes that you can choose only for this mode, each with a Witchwood theme. Brode showed me some of the content for Toki the Time-Tinker's run. She's a mage inventor with time travel powers. The final boss in her Monster Hunt is "Infinite Toki," a version of herself from the future. 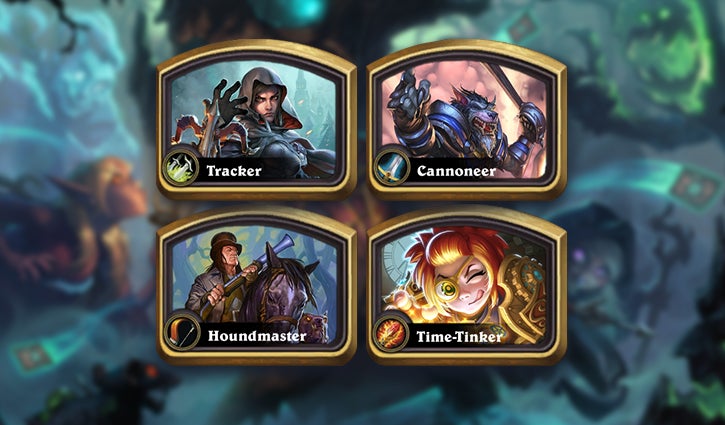 The new cards available in The Witchwood will also include some brand new abilities that will change the Hearthstone meta: Rush and Echo. The Rush mechanic works the same way as Charge, in that you can attack as soon as you put the card down, except you can only attack minions.

Echo cards, meanwhile, can be played as many times as you have the mana to play them.

Just like Blizzard's other multiplayer competitive games, Hearthstone also has to sift through feedback from players who range from total newcomers to esports pros. Overwatch, for example, allows pro players to give private feedback to game developers, which has led to debate among pros and fans about whether Overwatch devs listen to pro feedback too much or not enough.

There's no private chat channel for pro Hearthstone, though, or at least not one that Ben Brode reads.

"I'm super active on the Hearthstone subreddit and on my personal Twitter," Brode said. "So people reach out via both those methods to me or others on the team." Of course, that microcosm of outspoken players doesn't reflect the entire player base, which does pose a problem.

"The people who are not online giving feedback, they're inherently not heard. That's a general problem for all game development is that over time, you try to appease the audience who is speaking."

So, if you don't like the changes Hearthstone's making, hit up Ben Brode on Twitter. Yes, really.

If you tell Ben Brode that the Shudderwock pisses you off, at least now you know he'll agree with you.