I Played D&D With Two DMs And It Was Awesome 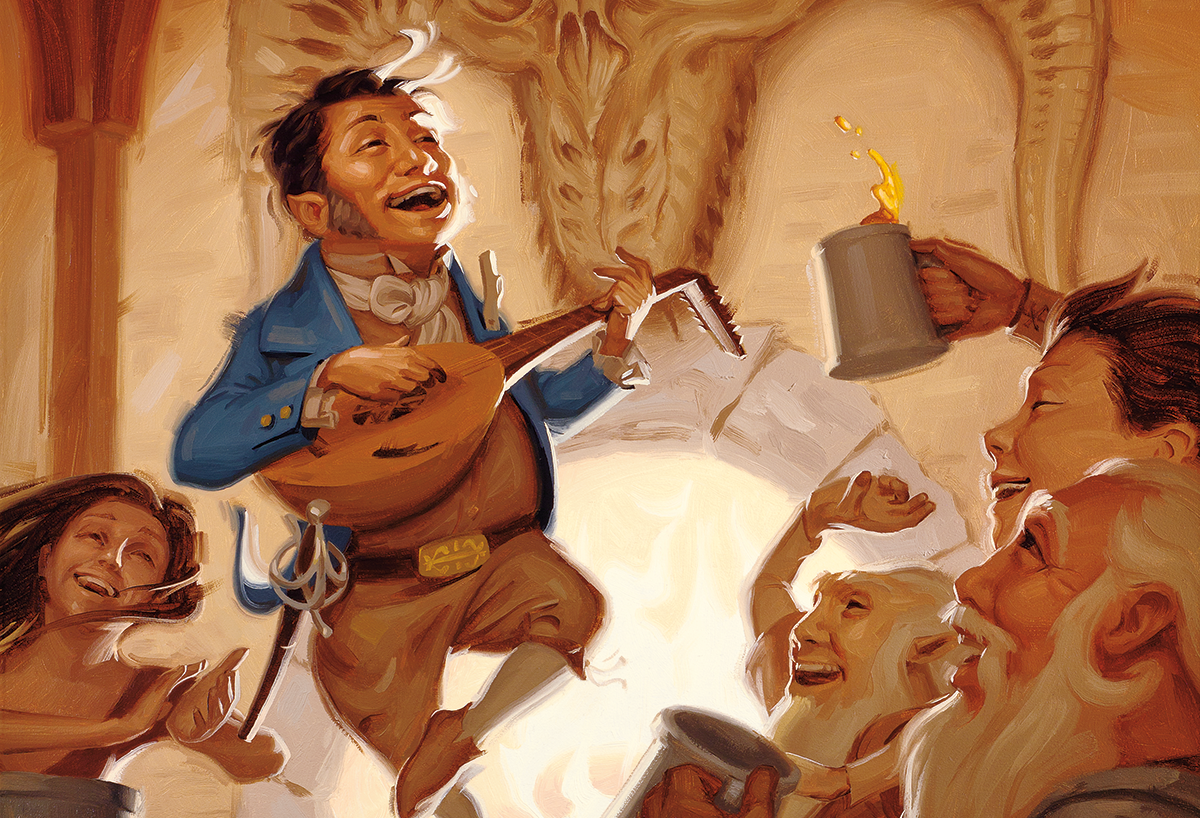 Illustration: Wizards of the Coast

This time, our birthday boy wanted to combine both of his role playing group into one giant one. We needed a second DM to pull this off, and as I sipped my bloody mary during this boozy birthday D&D brunch, I realised I was being split between the two extremes of how people DM roleplaying games.

My regular group of players has what I feel is the ideal spread of temperaments for a game. Half of us like the combat and taking notes, and the other half prefer roleplaying and talking our way into getting what we want. For the big birthday D&D brunch, our DMs were also split across that divide. One of them liked doing the silly voices, and the other wanted to make us do maths.

We had two DMs was so that our large group could split the party without dividing the attention of a single DM. If one part of the group wanted to visit one town and the other part wanted to investigate another, we’d just split off into separate rooms. I had the chance to play with both DMs, starting with the roleplay guy.

I’ve never DMed before, but watching these two people quietly negotiate how to guide us through the adventure made me realise how much work it is. As we interrogated the dwarven townspeople, each with their own specific silly voice, I could see my DM working to figure out how to answer questions to give us the information that we wanted to know.

It was a romp. The alcohol was flowing, I was shovelling a bacon frittata into my mouth, and we all felt really smart for figuring out clues just by talking to NPCs.

For the second half of my game I was with the other DM, whose birthday it was. He’s a professor, and we played in his bookcase-lined bedroom while his two cats attempted to swat our dice off the table.

As pleasant as that was, he really took us through our paces. There was no trap we did not fall into, no alarms we did not trip, no combat encounter we could avoid by being really charming and passing a deception check.

Making matters worse, the two players I was playing with were both evil-aligned characters, meaning every time we were backed into a corner their solution was to stab someone, including the dwarven family that did literally nothing other than be in a house while we were trying to avoid detection.

All of this chaos was accompanied by repeatedly rolling our dice, which sucked, because none of us were rolling well. Unlike our other DM, who would often handwave some things to get to the next character he could make up a silly voice for, the birthday boy was going to force us to act in accordance with the dice rolls.

This ended up getting our entire party almost killed by a slime because we kept rolling threes and fours. I kept thinking, “Are you seriously going to make us all die like this?” Still, managing to survive these encounters made us accomplished, like we were actually weary adventurers saving the world from some ancient evil.

We brought the party back together for the big finale, and after having played with them both it was easy to see the strengths of both of these styles of DMing. Every time we needed a little levity, our roleplaying DM would find a new character for us to fuck around with and tease some lore out of, making us feel clever for piecing together clues from our dialogues.

When the story demanded structure, the other DM would make us take out our dice, creating new complications for us on bad rolls that made us try new tactics. I used to feel like I preferred the roleplaying over the dice rolling, but playing the game with two DMs demonstrated how well these two aspects of the game complement each other.

A good game of Dungeons and Dragons hopefully isn’t all roleplaying or all maths, but a healthy mix of both.