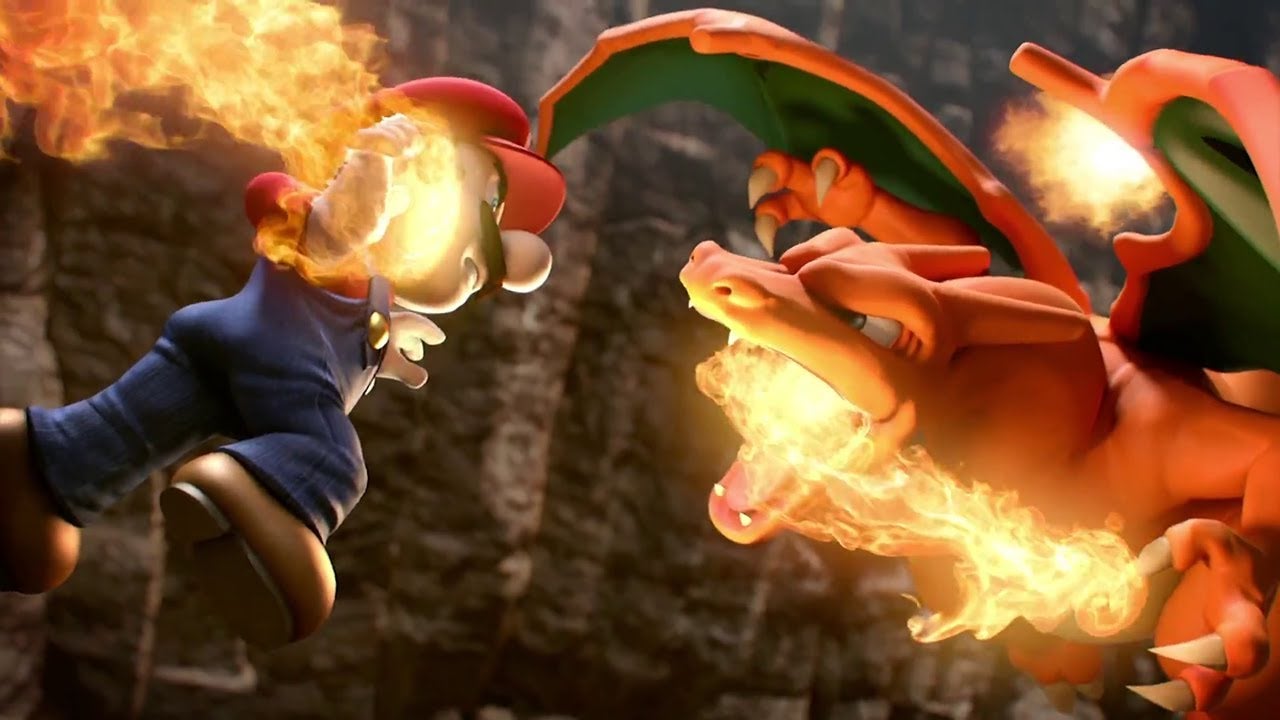 In a dominating performance, Nairoby “Nairo” Quezada’s Zero Suit Samus had Leonardo “MkLeo” Perez’s Bayonetta on the edge, knocking him down to just one stock. Shortly after, Quezada finished the job by sending Perez flying immediately after respawning; he won the gold at the Battle for Vegas and now both he and Perez lead the pack of top players hoping to replace the freshly retired Gonzalo “ZeRo” Barrios as the number one player in the world.

Two top players fighting through qualifiers for a hefty pot bonus is a familiar scene, but this was the first event in the Smash Masters League, a new international circuit whose organisers hope will combine organisational efforts at the grass roots and national level. The Battle for Vegas was the debut of the Esports Arenas’s (ESA) new nightclub-turned-dedicated esports facility located in the Luxor Hotel.

“One of the primary goals is for this series is to tell the full story of Smash 4 and Melee,” said Stephenson “BAM” Bamidele, a project manager for the ESA. “That means partnering with local events, expanding globally, building a foundation for the game, and getting more eyes on the scene altogether.”

It’s been more than 16 years since the first competitive Melee tournament and Nintendo has continued to decline to fully support the community that has dedicated itself to their franchise.

At this point, it’s become clear to many in the community that they have to take matters into their own hands if they want the scene to grow into something bigger. When a publisher refuses to get involved in their games competitive growth, unlike, say, Blizzard with Overwatch or Riot with League of Legends, it’s up to the community to fill that void.

“We’re in the prime position for the Switch version to come out and have all these new people involved,” said Luis Suarez, director of statistics at Panda Global, the organisation responsible for leading up the bi-annual rankings that have become an cornerstone in the community.

“We can capture that spark.” Many have looked to, and partnered with, the ESA in building what they hope will be the future of competitive Smash.

The ESA is a esports venue and production company that hosts a variety of tournaments for several competitive games at their three owned venues in California and Nevada. Paul Ward and Tyler Endres, the company’s founders, began hunting for funding in 2012, and eventually found Allied Esports, an association of Chinese sports and entertainment companies.

It includes Wangyu Wangka, the operator of 550 Internet cafes across China, Chinese sports platform IRena, and video game developers KongZhong and Ourpalm who could both benefit from marketing their games in esport venues. Allied heavily invested in the ESA in 2016, allowing them to expand to new arenas in Las Vegas and Oakland with plans to build out a bigger portfolio of esports tournaments and circuits. 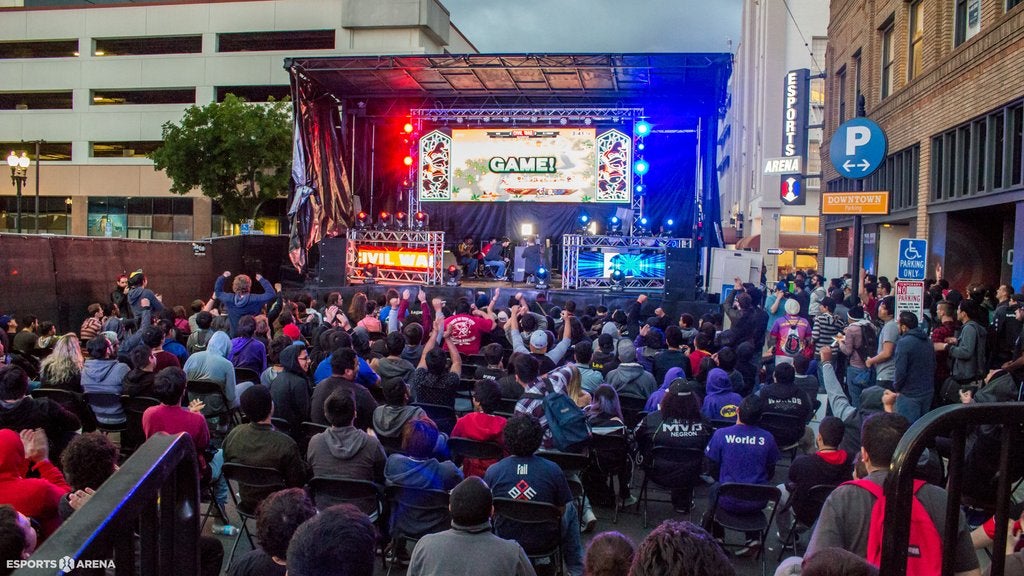 Last year’s 2GG Championship Series (2GGC) brought unprecedented levels of sponsorship and production value to Smash, and the Smash Masters League is an attempt to build on that.

“The championship was probably the most ambitious live Smash event to date, the venue itself is gorgeous and the production value was like nothing we’ve seen before,” Suarez said. “Going from that to a webcam stream you see at most legacy events is disappointing.”

Although it’s been in the planning stages since before the 2GGC, Bamidele believes they have taken steps to fix some of the shortcomings they suffered during their first attempt at hosting a circuit.

“Last year we thought about just doing it locally with in Santa Ana,” Bamidele said. “We wanted to connect with greater parts of the scene but weren’t ready for that.”

Two things about last year’s schedule bothered much of the community: every single tournament took place at an ESA venue in Southern California, and several tended to be scheduled for the same weekends as legacy events that have existed for years.

To address those criticisms, the Masters League features tournaments in Canada, Mexico, China, Germany, and Santa Ana, Oakland and Las Vegas. There are still no official events in the Midwest or on the East Coast, which organisers say is due to the high costs of renting a venue.

Instead, ESA is is partnering with local events like Full Bloom, Genesis, and Big House – which have already rented venues – in order to boost representation of the league in other regions.

In the partnered local events, ESA provides a $US1,000 ($1,303) bonus plus marketing support and help getting sponsorships; the results count towards the ESA’s invitational point system that culminates in the top 32 point-getters competing at the Smash Worlds tournament at the Las Vegas arena in December.

Players can earn points by attending certain ESA, national and regional events, with the ESA events giving out the most.

“We don’t want to do anything to ruin that grassroots nature of Smash,” Bamidele added. “It’s very common that organisers go into the red, rarely into the black. We want to get to the point where they get some kind of return and believe this is a good step in that direction.”

ESA has led two of the biggest attempts at bringing the scattered scene together, although the community has had a mixed response to both the 2GGC and this new league.

“For years smashers have talked of a series that can infuse the feeling of grassroots while still being put into the realm of an esport and now that it’s finally here, the community acts as if they didn’t want it,” said Rodney Conyers, a commentator for events like Big House 5 and Battle for Vegas.

“ESA is a business that has to lock down dates, it conflicts with other events that were more grassroots and that brought up controversy,” said Nairoby “Nairo” Quezada, the Smash pro.

“Things aren’t always gonna be perfect, but we need these kinds of issues to happen so we can learn from them and apply it to make things better next time.”

Suarez, Conyers and others tell me that the community is wary of any outside organisation that comes into the scene that doesn’t have a grassroots origin, including the ESA. That hesitation is usually linked to the support of longtime legacy events that community members don’t want to see wither away in place of these circuits. 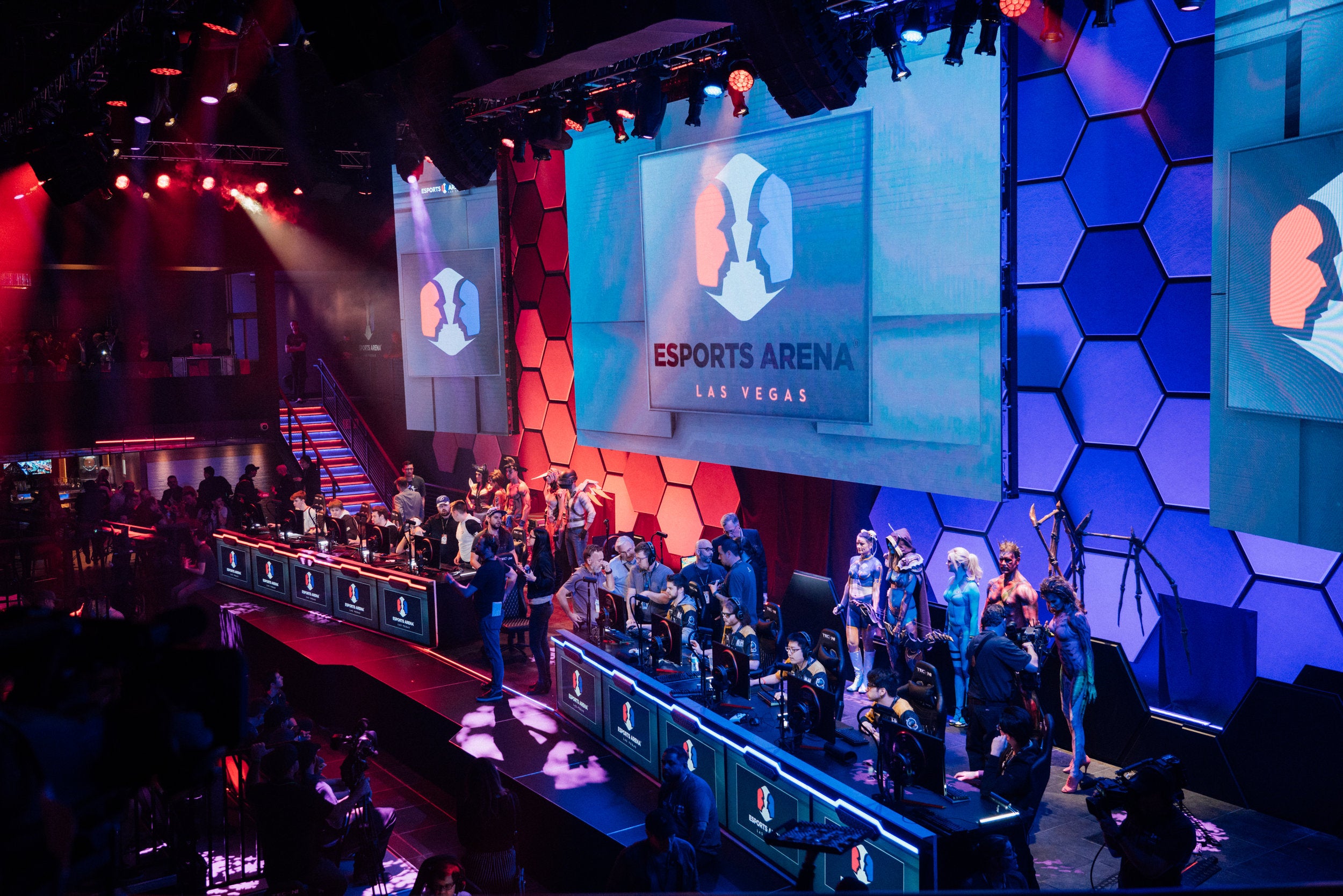 When the Masters League was first announced, the Battle for Vegas was scheduled for the same date as Full Bloom 4 in Bloomington, Virginia. The community wasn’t happy with the overlap.

In response, the ESA agreed to sponsor Full Bloom, providing a small pot bonus and removing Melee from the Vegas event so it could be the bigger focus at Full Bloom.

“No matter who is involved, the Smash community can get frustrated when this happens as it may divide attendees,” said Louie “PhD” Limas, one of Full Bloom’s organisers. “ESA and my team were able to work together to help resolve the issue, even without changing the date.”

Limas emphasised that the resulting partnership was a benefit to Full Bloom and that their was no ill will between the two groups. “We were both the highest viewing streams for each of the games we emphasised so if we pulled viewers from each other, it was negligible,” Limas added.

“It was great to see players come to our event, enjoy it, and then get excited about the next ESA event they were going to because of the implications of our tournament.”

It’s difficult to bring in any new events without encroaching on something that’s been around for years, since the calendar of tournaments is so packed. ESA’s incentives and money will probably lead to better players playing at their events, which will lead to more viewers watching them.

“Honestly, in order for events like these national ones to succeed, the legacy events would have to accept stagnation or even downsizing,” said Samuel “Dabuz” Buzby, one of the top players in Smash 4.

“But those local events are never going away completely, they’re the core of Smash. It’s mostly local players that come out to these events, that won’t change.”

With this new circuit, local organisers and the ESA are trying to build a foundation similar to that of Overwatch League or Rocket League’s Championship Series. “It’s the end goal, we want to have a league of that scale or at least and build the blueprints for that so if Nintendo comes in they have something to implement that the scene wants,” Bamidele said.

“And even if that doesn’t happen, we want to be the ones to build something. For us this is looking at the scene in the long term, there is some investment there and we believe it will pay off.”