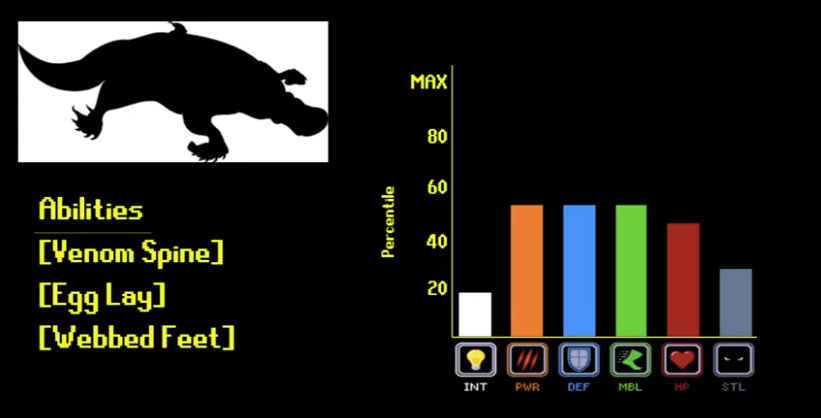 I never really thought about this, but dinosaurs were kind of OP. That’s probably why they dominated the earth for so long. In a video on the YouTube channel TierZoo titled “Earth’s Worst Balance Patch”, I got to hear why.

It’s a video about the Triassic Period, which, he explains, was “an expansion sandwiched between two of the most controversial and meta-shifting balance patches the game has ever seen”. After the expansion that earned the “community-given name ‘The Great Dying'”, spawn rates for plants, water and oxygen were at record lows. Ninety per cent of the player-base quit.

After this, the archosaurus – dinosaurs’ ancestors – started putting points into aquatic abilities, flight builds and arm upgrades. These new dinosaur builds dominated other builds and spread over every server in the game. “Starting here and lasting for the longest continuous time period, dinosaurs would own every top tier-niche in the game, branching out into pack hunters, solo-tanks, team defence builds and unstoppable DPS builds,” TierZoo concludes.

TierZoo uses standard tier list graphics for fighting games and over-the-top esports terms to explain biology to people like me who were too focused on Super Smash Bros. to do our high school homework. It’s run by a Wisconsin-based food scientist named Patrick who has a background in Microbiology.

His channel, which he’s now working on full-time, is “essentially replicating Animal Planet’s The Most Xtreme TV show but in gamer terms”. Patrick’s videos are inspired by Smash legend Gonzalo “Zero” Barrios’ Smash 4 videos, plus some Overwatch and Runescape YouTubers. Some of his best videos include “Are Waterbears Invincible? [EXPOSED]”, “Minimaxing with Crustaceans” and “Is Australia OP?”

If you’ve ever looked up tier list videos for Super Smash Bros., Street Fighter or Tekken, you know the lingo. There are “balance patches”, “builds” and, of course, “the meta”. Here, big changes to the environment are “balance patches”. Animal groups are “builds”. Animals’ survivability throughout time is “the meta”. Also, continents are “servers”.

Only one TierZoo video appeared to be more based in fiction than fact: “Cat vs Dog – Best Support Class“. Listing dogs’ abilities – “good boy”, “master tracker”, “K9 force” and “seeing eye” – TierZoo concludes that dogs are the best support class.

Cats, he says, aren’t support classes at all. They’re top-tier stealth-assassin classes. “Cats have essentially stolen a top-tier spot in the meta and used it to grief weaker builds like songbirds and mice,” he explains.

To this, I object. Not all gaming YouTubers’ words are law, and here, it appears that Patrick simply hasn’t encountered a cat with optimised “cuddle”.