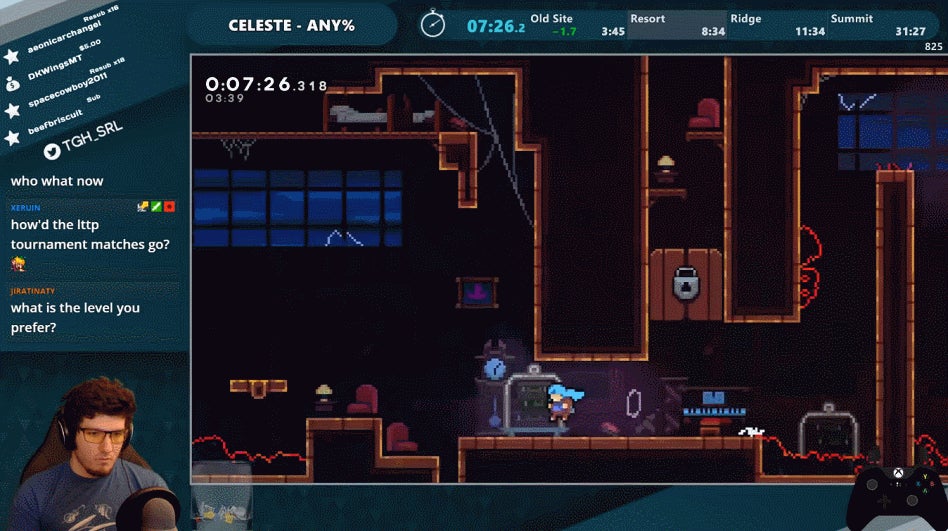 Celeste seems almost built for speedrunners. With its tight controls and constant dashing, it demands that you play it as quickly as possible. Speedrunner TGH has played it so fast that he's broken the world record at 31:25 for an Any% run.

As I've written before, what I find so astounding about speedruns is how much a runner is able to keep in their head.

With Celeste in particular, knowing exactly what comes next (and how to deal with it) is of maximum importance, and TGH barely changes his expression as he absolutely speeds through parts of the game that would stop most of us in our tracks if we had all the time in the world. 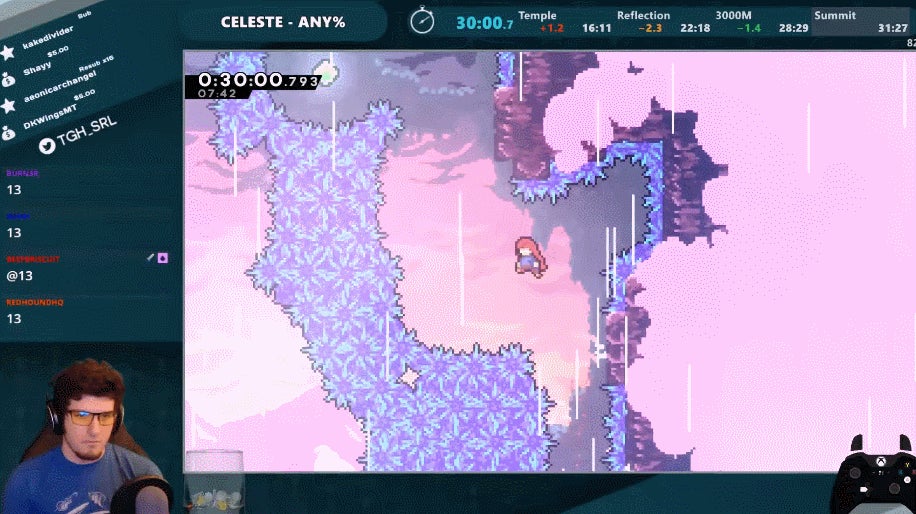 It's a run with some drama all the same, though. Early in the run, TGH suffers a death because his thumb slips off the game pad, and a later death is due to a collision with a wall evokes a "no fuckin' way."

These micro failures that jeopardise the run drives home exactly how tight the controls of this game are and the level of mastery that a successful runner needs over them. Good runners make it look easy, but it's anything but.

Even though TGH has got the game to just above a half hour, he ended the stream with the resolve to get the time down by 15 seconds to 31:10.