When World of Warcraft‘s seventh expansion pack went live this week, Blizzard’s dramatic pre-launch events had whipped me into an anti-Horde frenzy. Three days later, I just want to hang with these snake critters. War’s over, everybody go home.

My first few hours with the expansion were filled with the same story-based, single-player questing I’ve come to expect from new World of Warcraft content.

I cleared out my quest log, headed into the new Alliance area, Kul Tiras and immediately began filling my quest log again. That’s fine. I needed to unlock the war story missions in order to escalate my battle against the Horde. 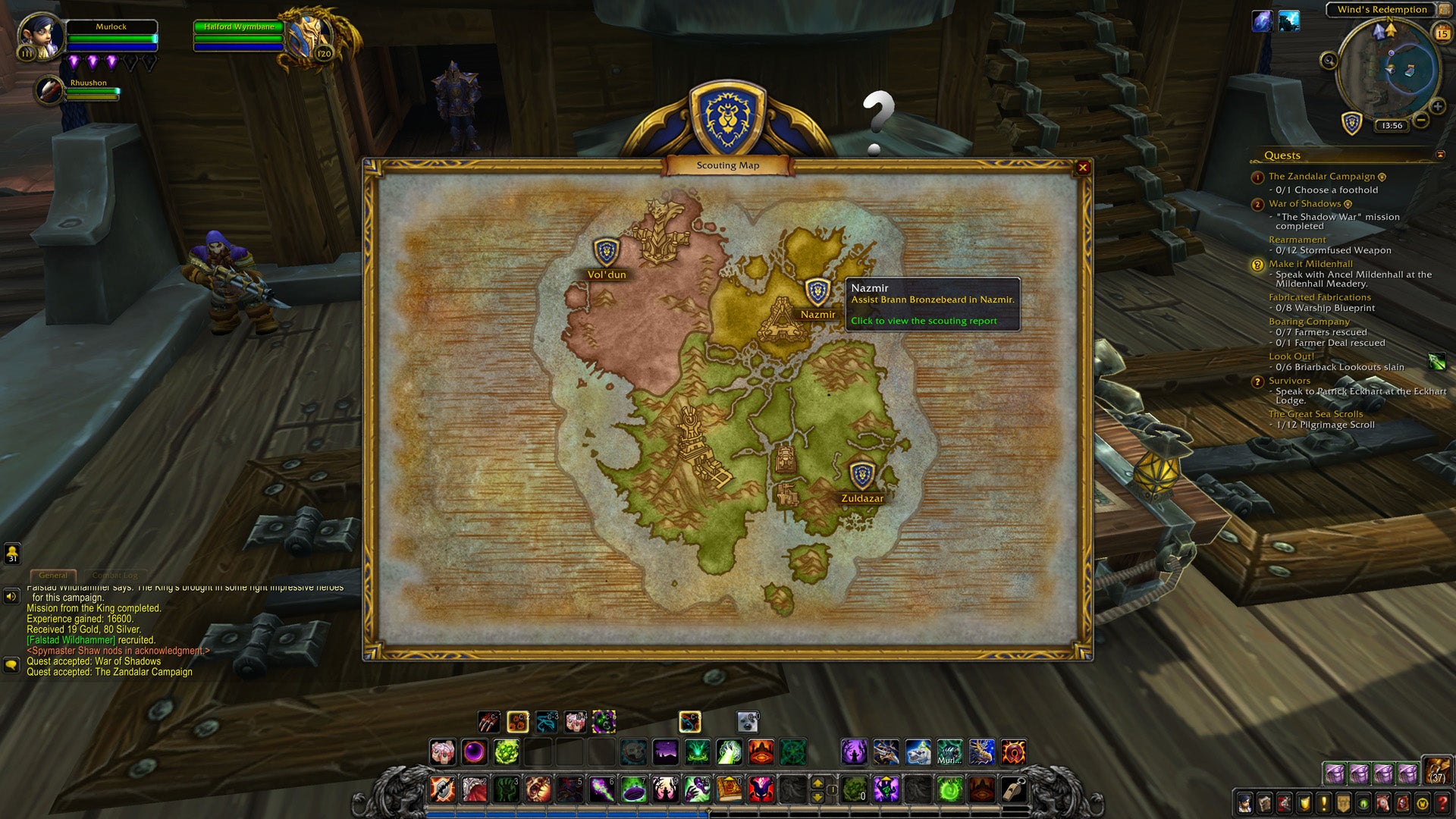 Once players complete an ongoing quest to gather 100 war resources, found in caches scattered across the new areas or given as quest rewards, they can unlock three new multiple choice places to quest. This is enemy territory, where players flagged for player-versus-player combat can have their way with each other. Players help the Alliance establish a base of operations during a special opening event and then it’s war. 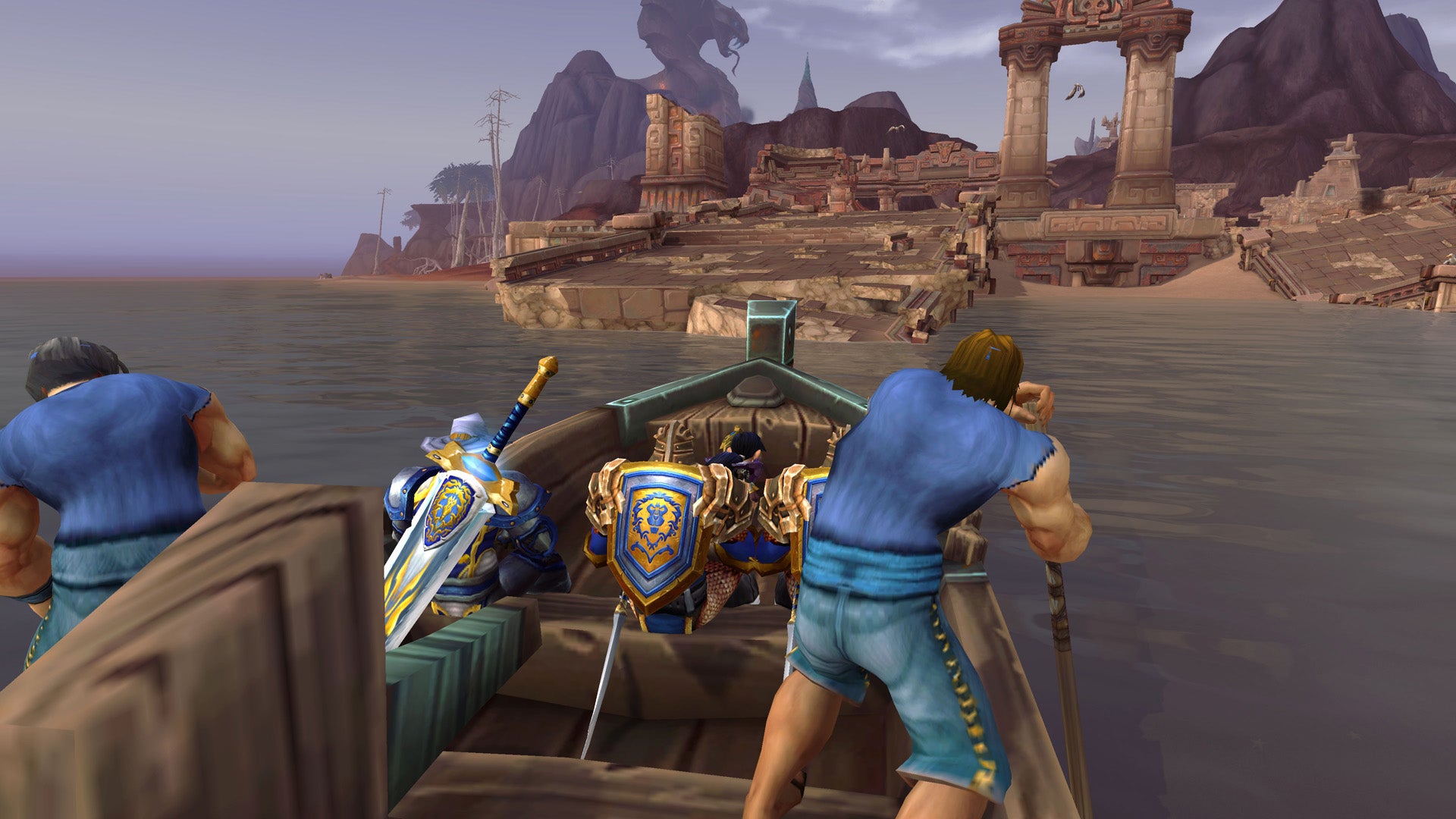 Only it’s not really war, it’s another series of branching quests. From Shatterstone Harbour, seen below, Murlock the gnome Warlock is sent on a quest to find a guy in the wilderness. Then she has to kill lizards and pick plants to create an antidote for poison. It’s the same old, only now there are some Horde folks wandering around and if I wanted to let them kill me I could. 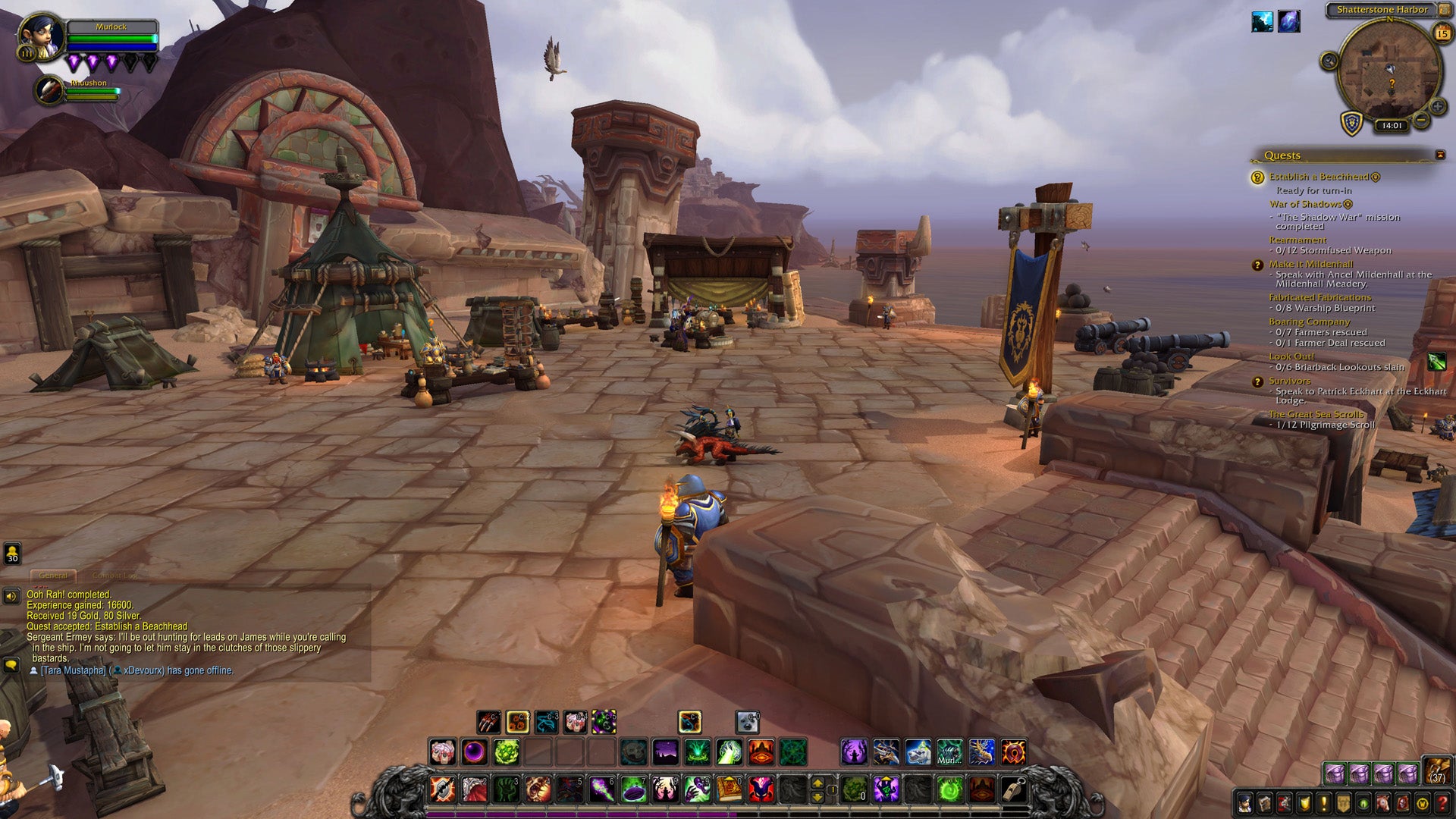 Ignore my hotbar, its a mess.

While the main story quests make extensive use of voice acting for even the most incidental dialogue, the war story stuff is largely voiceless. So I can hang with my snakey new friends, but when they decide to perform an extended cloaca monologue (maybe don’t look that up) while giving me a tour of their temple, I have to read their words instead of basking in their sweet sibilance. 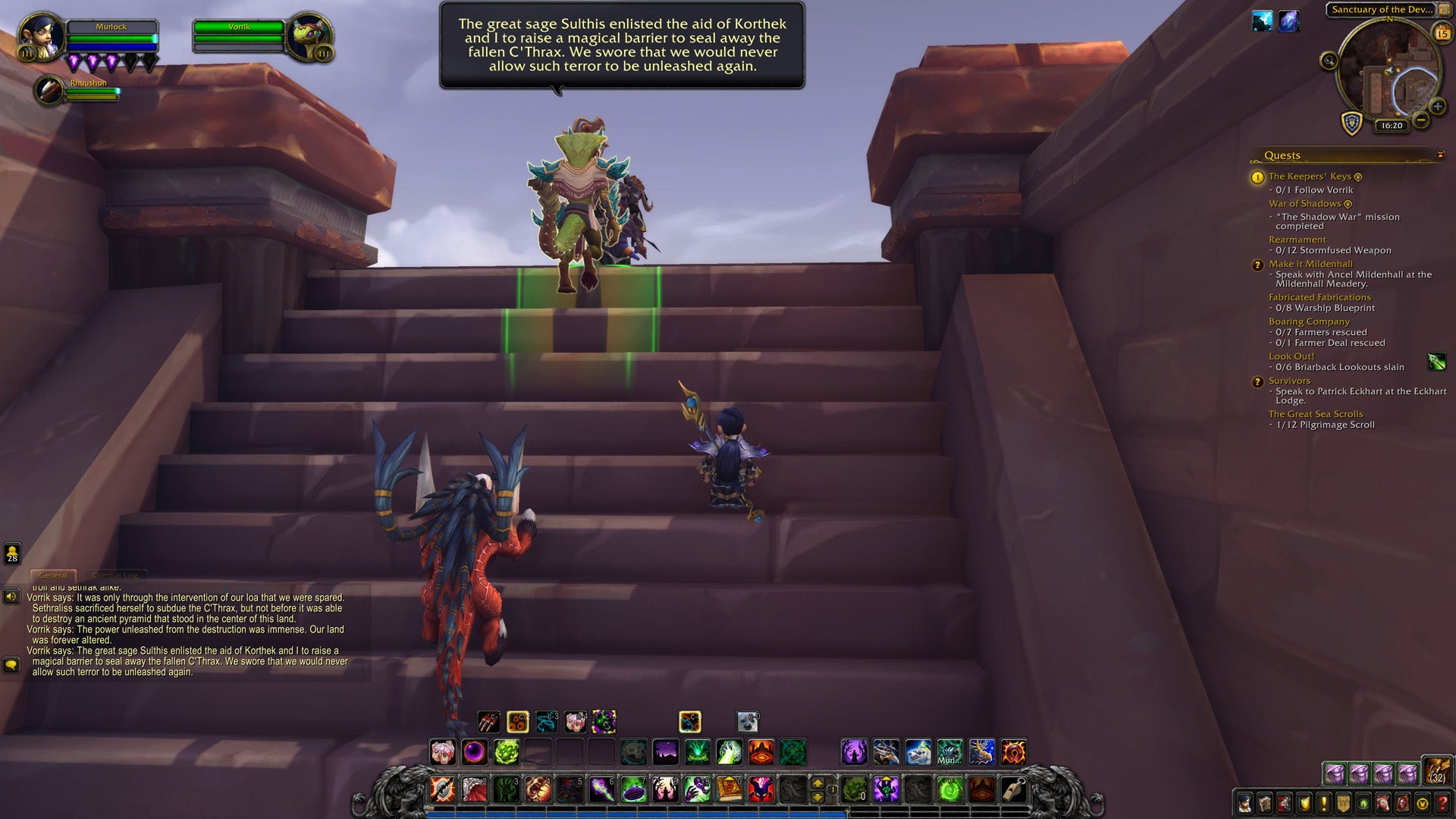 It’s not that I’m not having a good time in Battle for Azeroth. I am enjoying the new quest lines well enough. I still get a kick out of the goofy pop culture references Blizzard crams into every corner of the game. And I do love being so powerful as a Warlock than I often forget to set my pet to assist, letting it sniff flowers while I take care of enemies by myself. 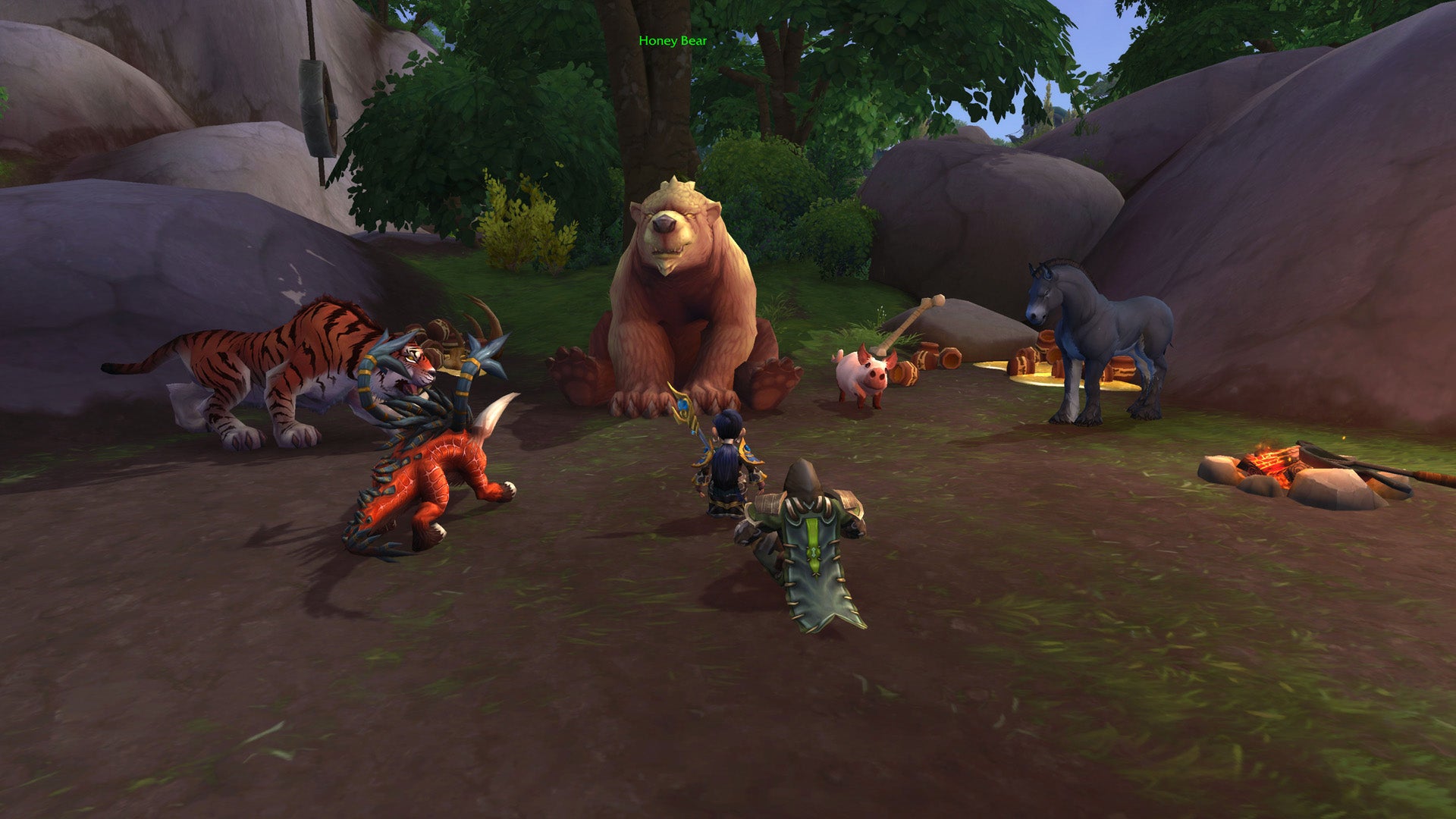 Honey Bear and his friends Piglet, Tiger and Melancholic Mule.

I’m just not really too concerned about the war bits right now. Murlock just freed a region of Kul Tiras from Nearly-Cthulhu. There are some Bristleback boar critters causing trouble. And she’s just ferried up to what everyone tells me is the toughest of the three new main story zones. She’s got a lot on her plate. 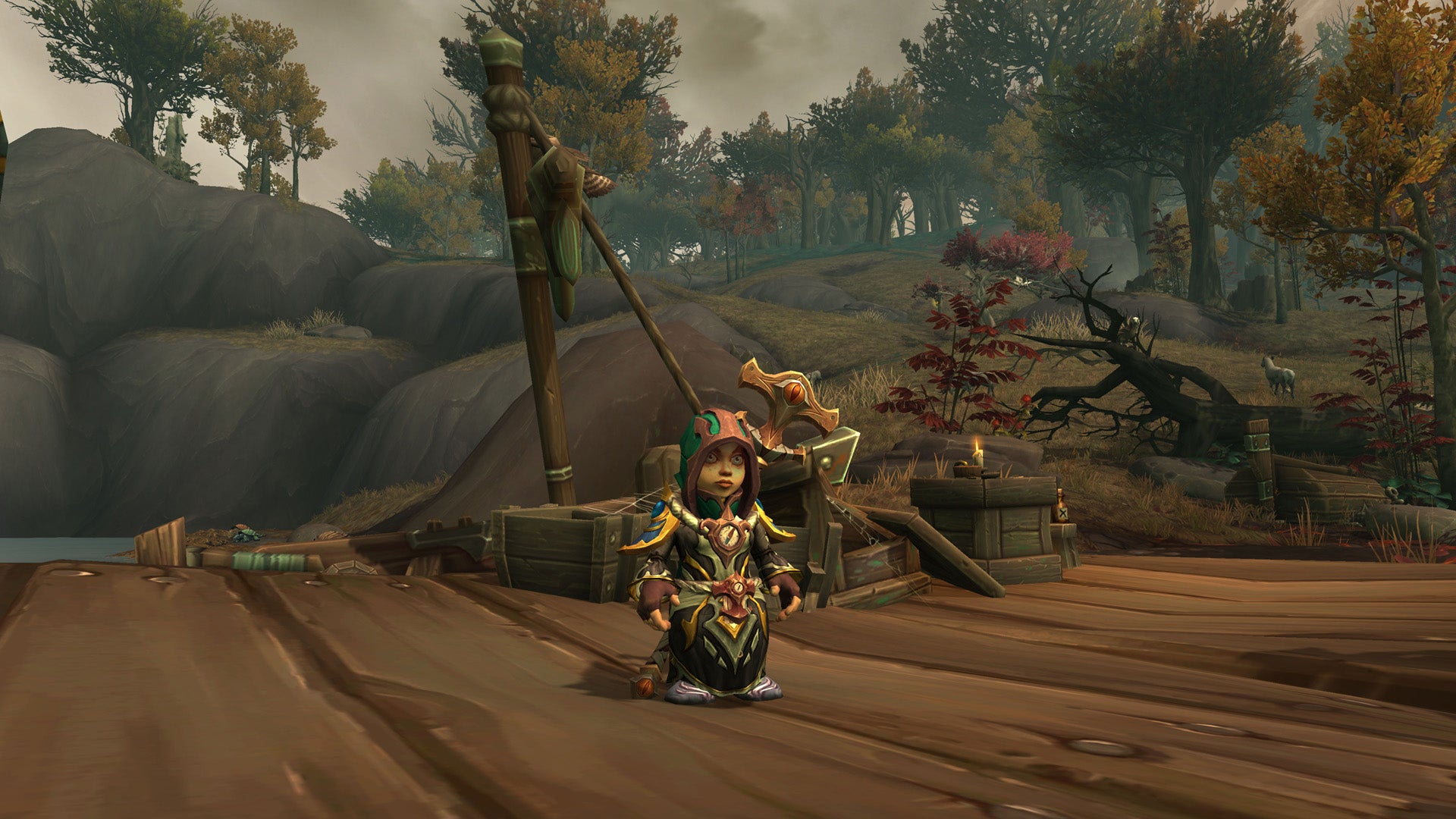 What I am trying to say is, I’ve got more important things to do right now than worry about the Horde. The call-to-arms was great, but man those arms get tired fast. 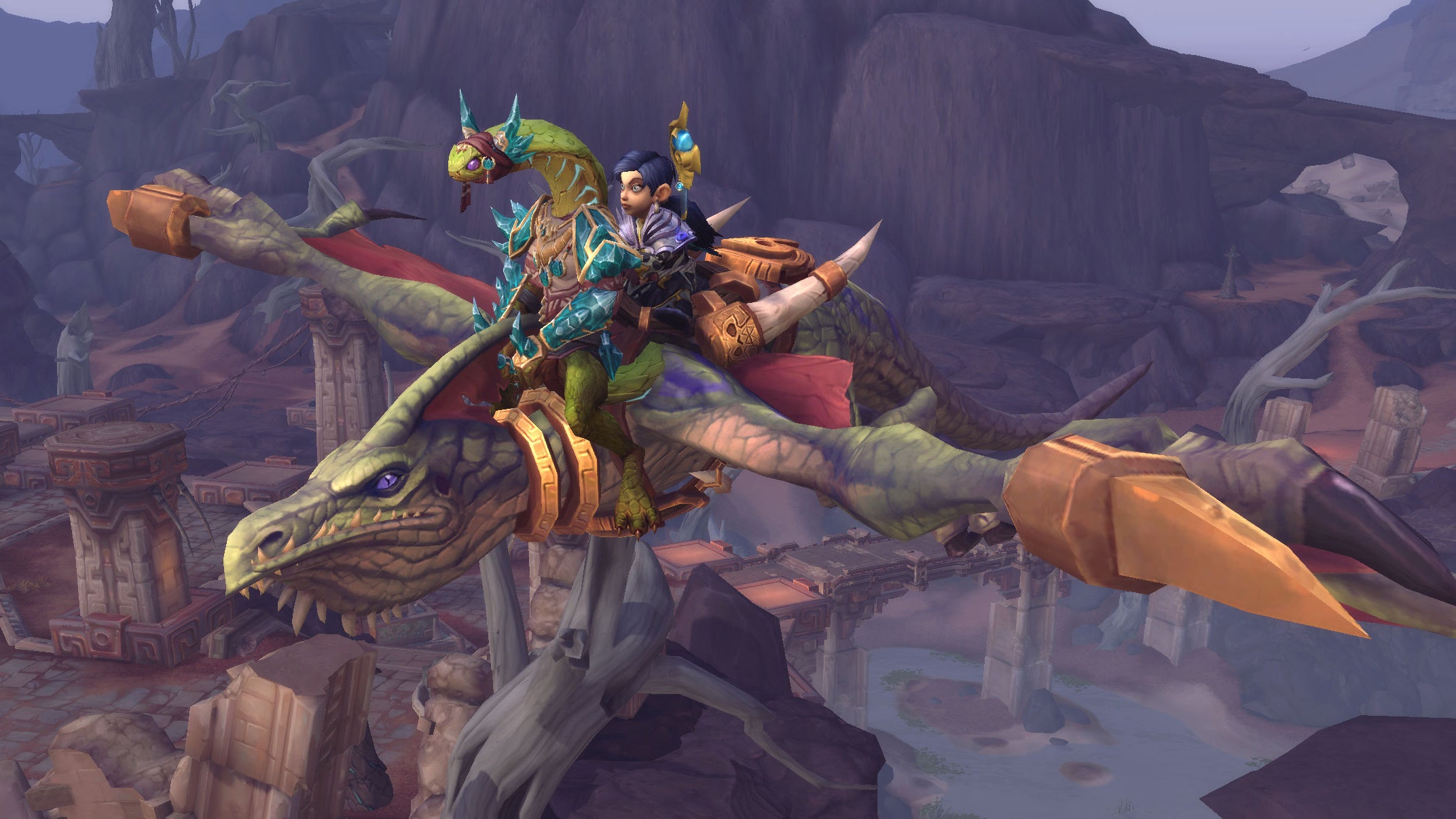