KFC Is Having A Hard Time In Japan

For decades, KFC has been a beloved fast food chain in Japan. These days, it seems, things are difficult.

According to Business Journal, KFC Japan has been posting lower sales on a monthly basis. For example, sales were down 3.1 per cent in June, 4.9 per cent in May and 6.3 per cent in April.

Part of the difficulty, Business Journal explains, is that KFC’s menu isn’t as flexible as other chain restaurants like Mister Doughnut, which now serves pasta and hot dogs. Also, much of KFC’s sales come around Christmas, because in Japan eating Kentucky Fried Chicken is a holiday tradition. 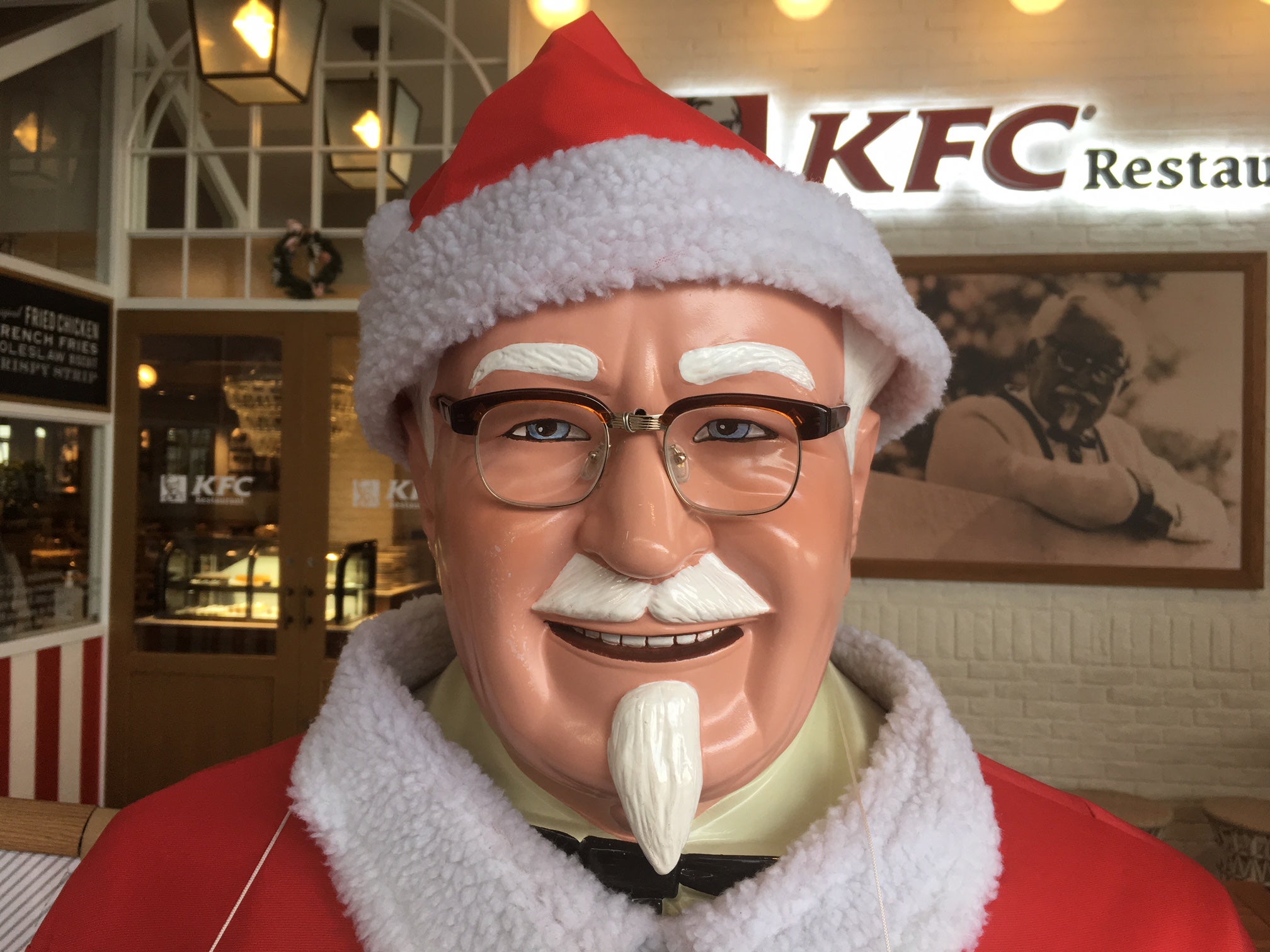 Why KFC Is Christmas Dinner In Japan

Every year across Japan, people line up at Kentucky Fried Chicken joints to place their orders for Christmas dinner.

What the article doesn’t mention is that KFC is also more expensive than many other fast food restaurants. Eight pieces of KFC, plus a small order of fries, a crispy strip, coleslaw and one biscuit costs 2,390 yen ($29.47). Using 100 per cent domestic chicken is pricey, resulting in drumsticks, breasts and wings that simply aren’t as large as imported bird bits.

On popular net forum 2ch, common complaints are that KFC is too expensive, too greasy and not crispy. One commenter added that as Japanese society ages, greasy foods are harder for most people to eat (which isn’t that good of an argument because the country is filled with greasy eats).

The cost, however, seemed to be the biggest sticking point. Even those who said they liked KFC admitted it was too pricey.

“Convenience store fried chicken is good enough and cheap,” wrote yet another commenter.

KFC sales have been flat since around 2000, and since the early-to-mid 2000s, the fast-food chain has been facing intense competition from delicious convenience store fried chicken.

In Japan, KFC has sold off its Pizza Hut business, allowing it to focus on its core restaurants. According to Shared Research, revenues are supposed to improve over the course of the next year thanks to new store openings and food items.