Everything You Need To Know About Pokémon Unite

They say there’s no use crying over spilled milk, but what about spilled water? That, according to a contingent of Spider-Man fans, is worth a fuss of superheroic proportions.

The new Spider-Man game is mere days from leaping out of developer Insomniac’s imagination factory and into our living rooms, but even though it isn’t out yet, people are already crying foul over a supposed graphical “downgrade”.

It all began with a pair of screenshots from a scene where Spider-Man beats up a bunch of goons in a building that’s still under construction, much like the Spider-Man game was when the early trailer containing the scene came out last year. 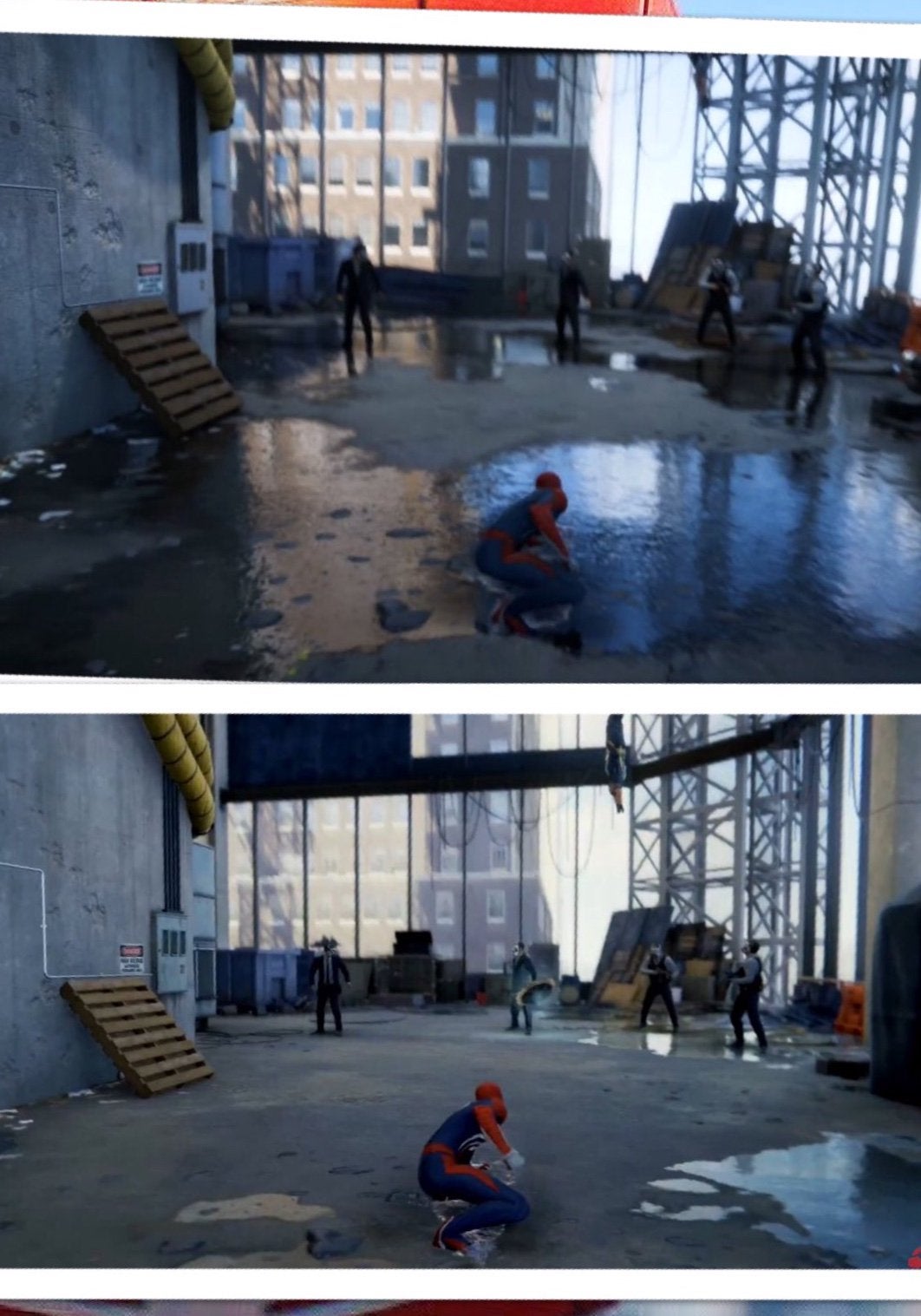 You’ll notice that in the second shot, which is from 2018, there are vastly fewer puddles in the environment. This prompted players to investigate.

“It’s just a change in the puddle size, there’s no downgrade at all,” replied Insomniac from its official Twitter.

When another Twitter user said that Insomniac reduced the puddle’s size to cut down on resource usage and keep the frame rate up, Insomniac replied that the game has “plenty of other places with tons of puddles”.

Naturally, the whole exchange took nanoseconds to become a meme.

RT if you think that Sony should include this icon on the back of their game boxes from now on pic.twitter.com/MMOIeFvJjy

Outside of Twitter, people are taking this with grave seriousness. On the game’s subreddit, a graphics comparison post involving the puddles currently has over 24,000 upvotes. These fans are certain they’ve found the smoking gun, the thing that proves early Spider-Man trailers were a lie. They point to differences in environment textures, lighting, and the colours of Spider-Man’s costume, as well.

Community director Stevenson, however, insists that what people saw in 2017 is still what they’re getting.

“I am telling you, I talked to the technical and engineering and art staff, and looked at the live code of this from the final build. There was NO DOWNGRADE,” he replied to one user on Twitter.

Stevenson went on to explain that the 2017 shot is more compressed, which affects dark detail. In addition, the light source — that is, the sun — is in a different position in the 2018 shot, which changes shadows and dark details. If the sun is moved, he said, the whole game is affected.

It all hearkens back to 2015’s Witcher 3 “downgrade” controversy, in which slight changes to a still amazing-looking game had a small but vocal contingent of power users up in arms because I guess they didn’t have anything else to do at the time.

In an interview that took place when the controversy was at its peak, CD Projekt visual effects artist José Teixeira discussed the issue.

“It’s very unfair to compare trailers and gameplay demos,” he said. “A trailer is a beautiful shot, right. A trailer is prepared, you take one location, you put the perfect lights, and the perfect camera angle, and it looks absolutely beautiful, and it’s captured at super high-definition, and then you post-process it and everything… But gameplay demos, that’s when you see the real game. That’s when you see what the real game looks like.”

It’s possible, in other words, for a game’s visuals to have changed only a little over time, but for trailers and gameplay to look different.

That said, games change while they’re in development. Regularly, in fact. This is why developers are often hesitant to share their work with the public before it’s done: Because even minor changes get shoved under a lens of undue scrutiny.

But we live in a world of constant promotion and pre-order incentives, so developers have to show games that aren’t done, and fans who’ve spent money feel ownership over not just the game they pre-purchased, but the development process itself. This often leads to misinformed outrage, developer harassment, and all that other fun stuff. It’s a busted system.

It is, to be fair, sometimes a bummer when a cool-looking level or feature doesn’t make it into the final version of a game, but that’s just the nature of the beast.