Over the weekend the California-based gamer and and electronic DJ Gabe Montez posted a photograph on Twitter of exactly that. Wedged between pictures of Fortnite wins and Dragon Ball FighterZ memes were a nude model from an old Playboy shoot and a snapshot of two people having sex. They weren’t buried deep either, but instead could be found at the top of the “trending” section.

Montez said he was shocked and a little embarrassed, considering his kids were right there with him while he was browsing the app. 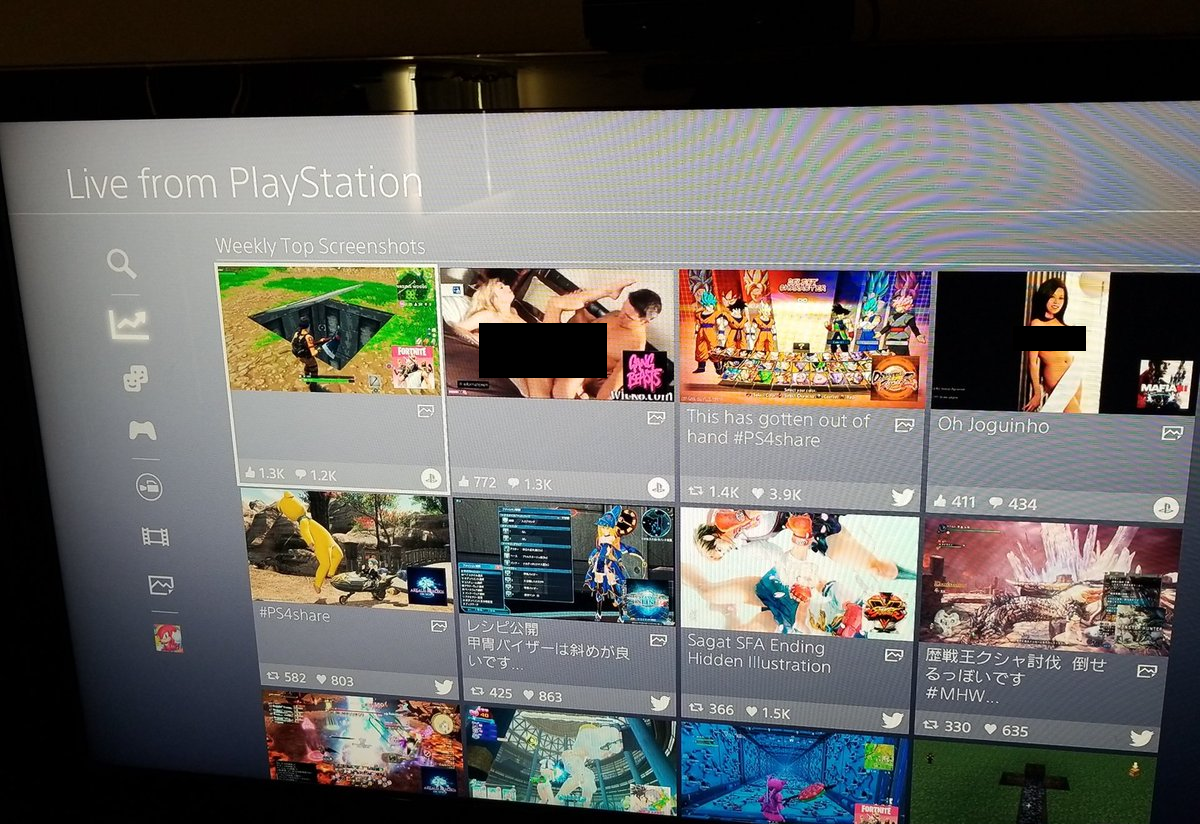 Gabe Montez said he and his kids saw the above (without black boxes) over the weekend when searching for Overcooked 2 videos in the PS4’s Live from PlayStation area. (Photo: Gabe Montez, Twitter)

Checking back this morning the image of two people actually having sex appears to have been removed, although the Playboy model and some other lewd pics still linger. 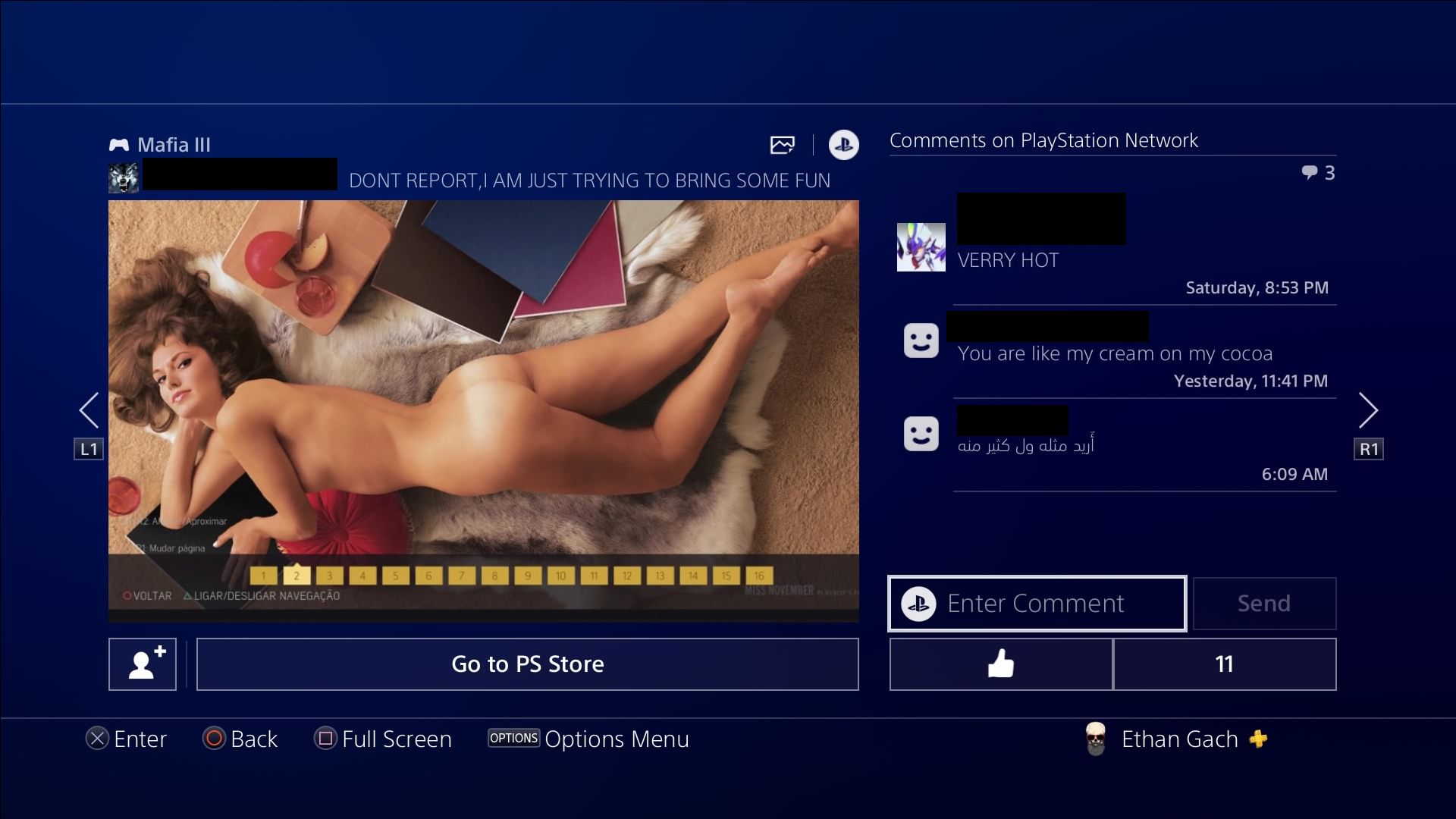 Some players just want to upload nudes for the lulz. (Screenshot: Kotaku, Live from PlayStation)

It’s nothing new for the platform. Playroom, a hub for augmented reality mini games that launched with the PS4 back in 2014, became a notorious hotbed for people filming themselves having sex. Twitch, YouTube and other social media platforms struggle with moderating explicit content as well, though Live from PlayStation is much smaller by comparison and would, presumably, be easier to manage.

Montez said he only posted the image to Twitter and tried to contact Sony after seeing the images were still there a day later. Sony did not immediately respond to a request by Kotaku for comment.