Anthem’s NPCs Are A Radical Shift For Bioware

biowareclipsfeaturepcps4xbox one
Facebook may have decided that you shouldn’t see the news, but we think you deserve to be in the know with Kotaku Australia’s reporting. To sign up for our daily newsletter covering the latest news, features and reviews, head HERE. For a running feed of all our stories, follow us on Twitter HERE. Or you can bookmark the Kotaku Australia homepage to visit whenever you need a news fix.

In a pre-PAX panel press conference today, Bioware developers gave a short presentation about the world of Anthem. The clear message is that they’re not giving up on single-player storytelling with cool NPCs. It’s unclear if what they’re offering is going to be enough, though.

Anthem is a little bit different from a previous Bioware games when it comes to NPCs. After all, it’s a multiplayer game, so you don’t have the opportunity to take non-player characters out on missions. In past games, you’d have an epic quest with the player at the centre, and that player was surrounded with all kinds of interesting party members and other NPCs.

Over the course of the game, trials and tribulations brought players close to party members like Garrus Vakarian. If the story is working, then deep attachments form. 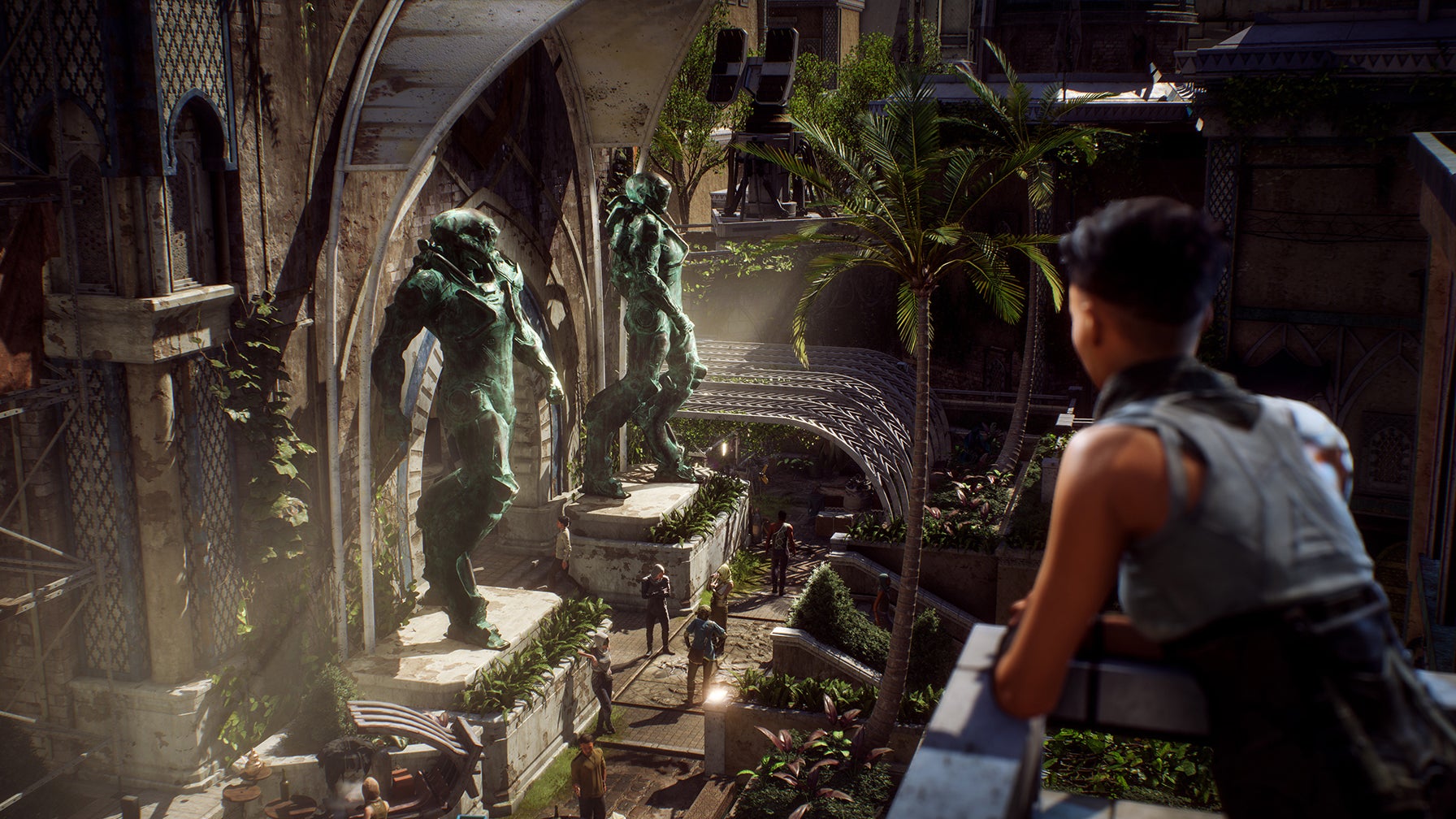 Based on the presentation, Anthem will not have that kind of NPC. Instead, it has a set of static NPCs who spend their life in a hub zone and react to decisions you make in conversations with them after missions. The NPCs of Anthem are less Garrus and more Dr. Chakwas. A video shown during the presentation called this “a reinvention of personal narrative in a multiplayer game,” and that reinvention means massive changes. 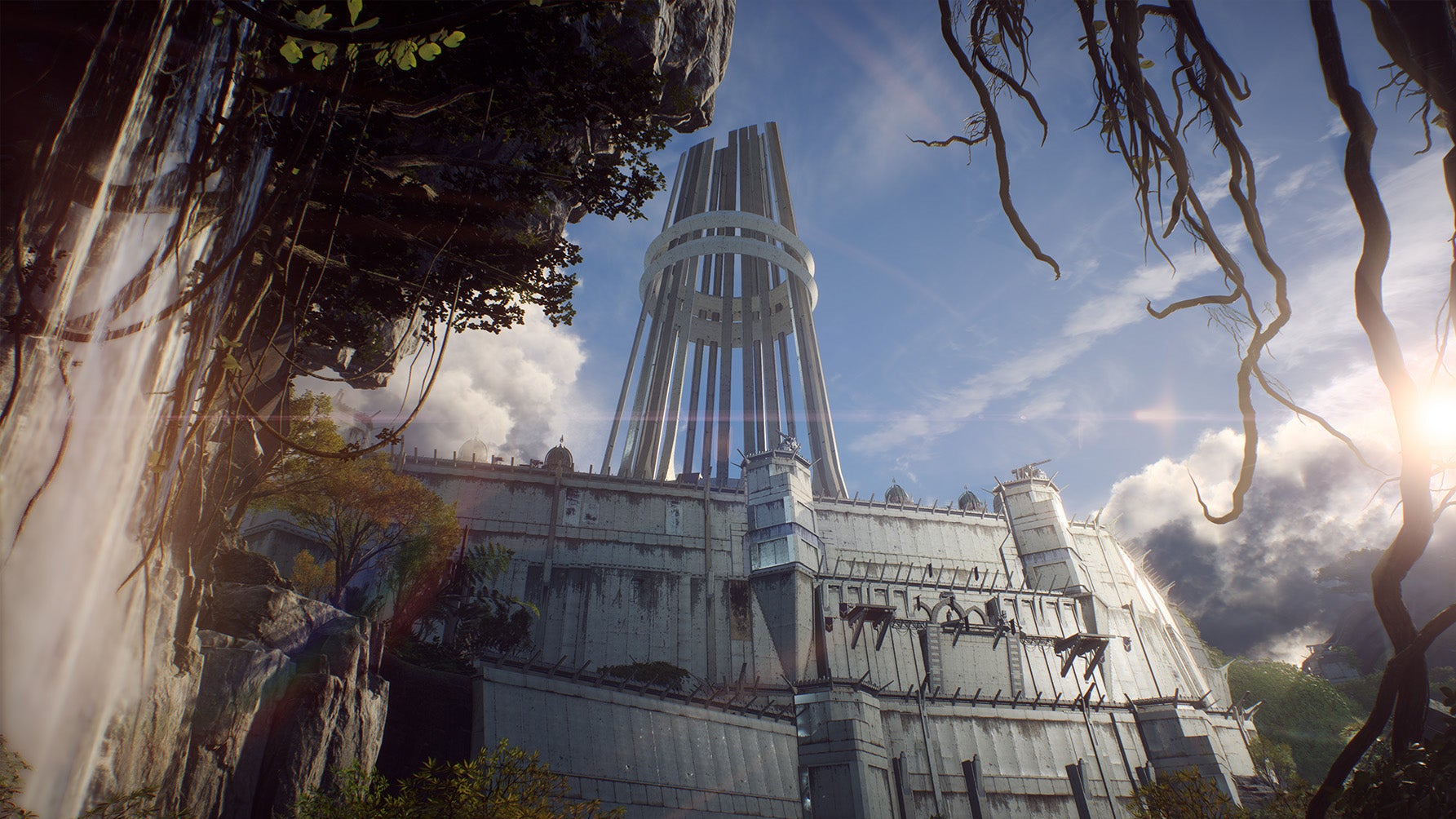 To set this up, the devs discussed that hub zone: Fort Tarsis, the staging ground for missions that the player will be going on. In the fort, there are going to be several different figures you can talk to who give you missions and discuss the outcomes of those missions with you.

However, from what was revealed, these interactions are extremely limited. Conversations are only sets of two choices. These are not “yes/no” but they seem to be generally opposite tones. The outcomes of these choices affect your relationship with these characters, and the visual arrangement of the area around them, but it’s unclear what else happens due to them.

The devs also clarified that there are no decisions that impact the story during missions, so I would not expect anything like the awesome Rachni Queen decision point popping up in Anthem. 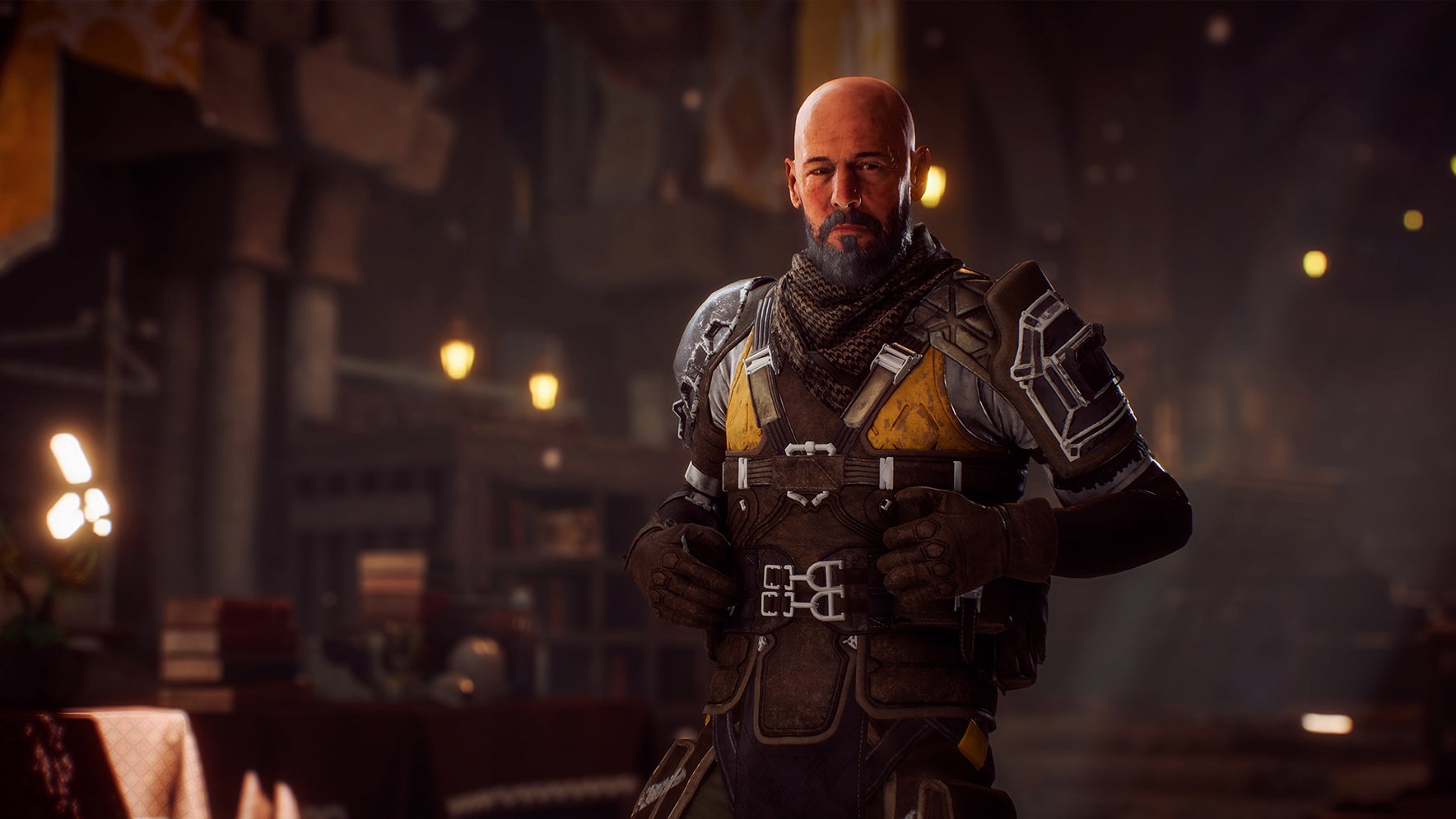 Yarrow, an NPC you can talk to. (Image: Bioware)

They also said that these decisions you make with NPCs in Fort Tarsis will not create or lock off content. That means you cannot make someone so angry that they refuse to give you missions or please someone so much that they give you better equipment. For the most part, the relationships that your choices create seem to be a way of telling your own story and have few effects on the actual play of the game.

What your story is is also a little unclear at this point. The developers said that you will have a backstory with some limited character creation options. You can pick your gender. How much of a hand you get to have in that setup, though, remains vague. The devs were clear that the story of Anthem is always going to revolve around the player, though, and that 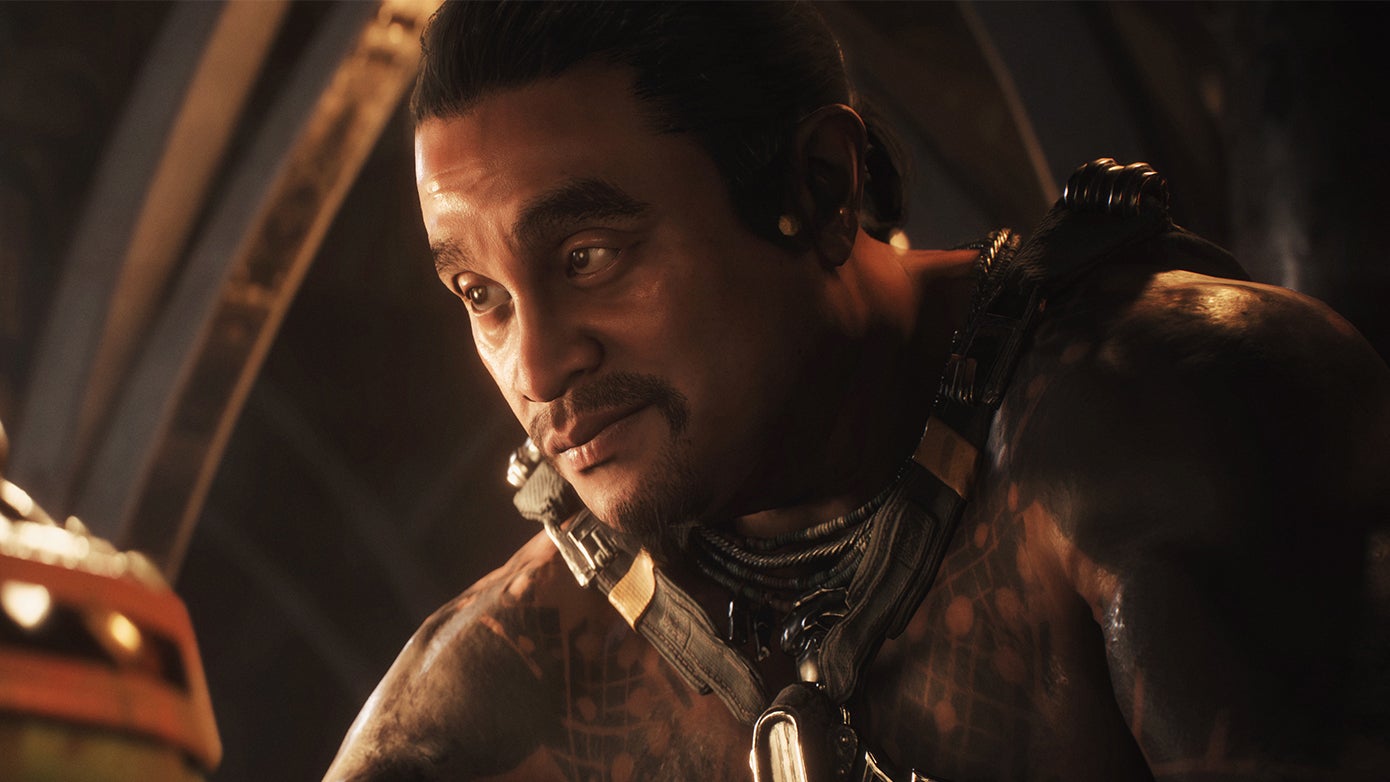 While the developers did not phrase it this way, to my mind this brings up a comparison to how the Destiny games handle their mission assignment and item vending. The Tower rarely changes, and you go there to find new things to do. But what if you could have conversations with Ikora? What if you could make Lord Shaxx mad? That seems to be the jump that Anthem is making, but with the added bonus of giving those characters some longer-term narratives.

In the session, the developers explained this in the sense that a vendor is not merely a vendor. You get to learn about them and their story. 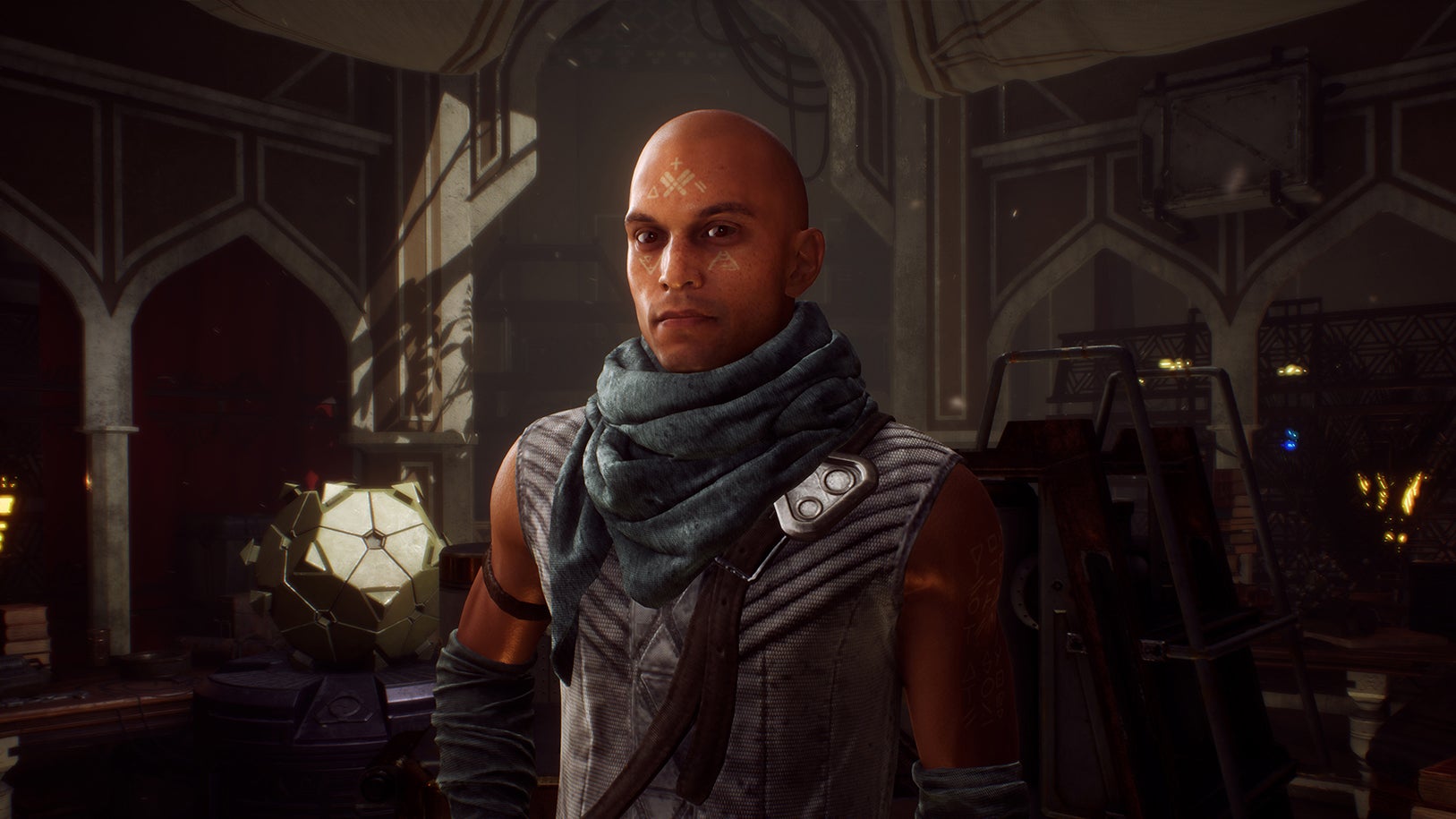 It is unclear to me if that is going to be sufficient for those fans who want to romance their way through a science fiction world. It still doesn’t seem like that is a live option in any way. Instead, we’re going to have “relationships,” broadly defined.

And, you know, if situations like sniping beer cans with my best bro aren’t available, then I’m not sure that I’m going to have all that good of a time.

It seems like Bioware are open to the feedback, though, because there are going to be multiple alpha and beta feedback opportunities between now and February 1, which is when an Anthem demo is going to release. The developers did not discuss platforms or specifics for that demo.