Another Tokyo Game Show has come and gone, and Kotaku’s Brian Ashcraft and I were both there to see the sights, play some games, and score some merch. Now that it’s all over, we have some thoughts.

Chris Kohler: Brian, we’ve just returned from our annual hangout at Tokyo Game Show—me to America, you to Osaka. Tokyo Game Show reported a record 298,690 attendees this year—granted, if you go for four days, they count you as four attendees, but the record total means it’s still a very popular destination for Japan’s game-likers. All the same, I feel like it’s lost its unique flavour.

As games are going more global, TGS is less of a special event and more of Japan’s version of Gamescom or E3, down to many identical demos for the triple-A titles. Of course, that’s great for those who live in Tokyo and don’t go to other shows, but for those who pay attention to everything, TGS doesn’t have that special quality it used to. Or am I missing it?

Brian Ashcraft: I think the sheer number of events, especially with Gamescom and TGS being so close together, has put Japanese developers in a bind. Do you debut a hands-on for the larger international audience, or do you try to please the home team? That being said, there are always games and booths that do feel like they’re aimed squarely at the local market, such as the yearly D3 booths.

One thing that stuck out this year was how PC gaming was getting a bigger share of the show than I remember in the past. Did you notice that?

Chris: They did announce a greater focus on esports this year, so that does make sense. In the past, Japanese publishers have either made sure to have an all-new demo for TGS, or save the playable demo for TGS.

It was the big show, the grand stage for the premium debuts. This year, take for example Kingdom Hearts III—the TGS demo was the same demo shown at E3. I think by and large, the decision is that it doesn’t make sense to just keep all the powder dry for TGS, because the international markets represented by Europe (Gamescom) and the US (E3) are so, so, so much bigger. 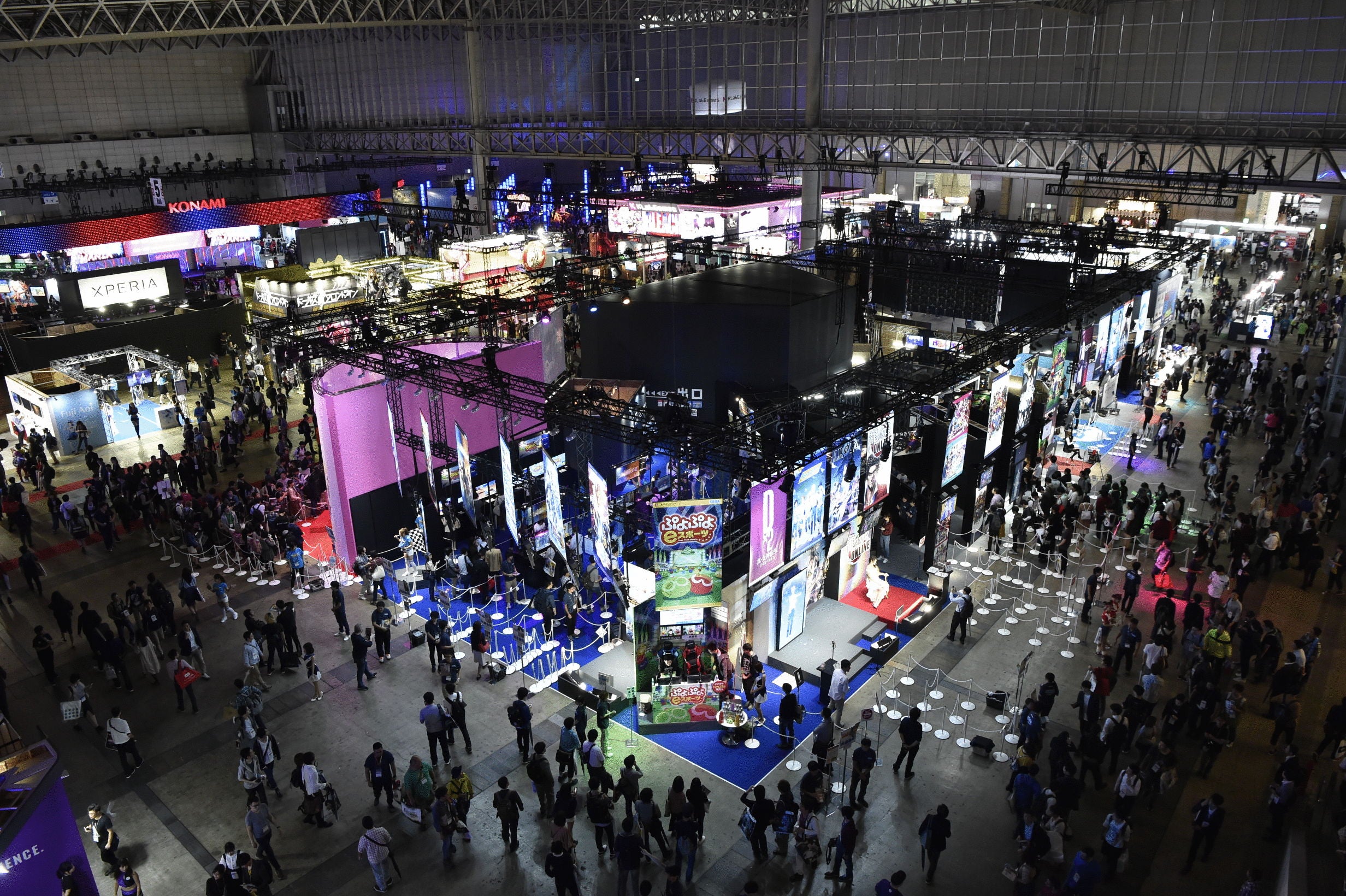 So, then, what is Tokyo Game Show? I would say this: Old TGS was where Japan’s game culture was introduced to the world, whereas new TGS is where the global game culture tries to introduce itself to Japanese consumers.

Brian: I think that’s fair. Old TGS, however, seemed utterly unaware of anything outside of Japan. New TGS (and, by extension, the current Japanese game industry) is very much aware of that. I’ve always thought that TGS is the show for game companies who want to dominate the news cycle for a week. The Tokyo Game Show puts a lot of the regular news cycle on ice, so it’s really the place to make a big splash.

And it’s a rather easy one at that, compared to the wall-to-wall news of E3 where every game company is shouting as loud as possible just to be heard. In the past, Sony has used TGS to own a week of news, as has Square Enix. This year, Sony held a solid press conference slightly before the show but didn’t really use TGS to punctuate anything. Square Enix seemed as though it’s simply trying to get Kingdom Hearts III out the door.

Chris: Yeah, that’s another great example—they don’t want people to have to be at TGS to experience it. And when all that happens, the value of really being there goes down.

TGS is definitely a great place to do new VR demos — they’re a huge part of Sony’s booth, and there are a lot of other VR experiences out there. But of course, with that comes very long lines. Even on the business days, I saw signs saying you’d be waiting upwards of two hours just to try a 15-minute VR demo.

But let’s talk about what we liked. Was there anything so good you waited on line for it, even a little? 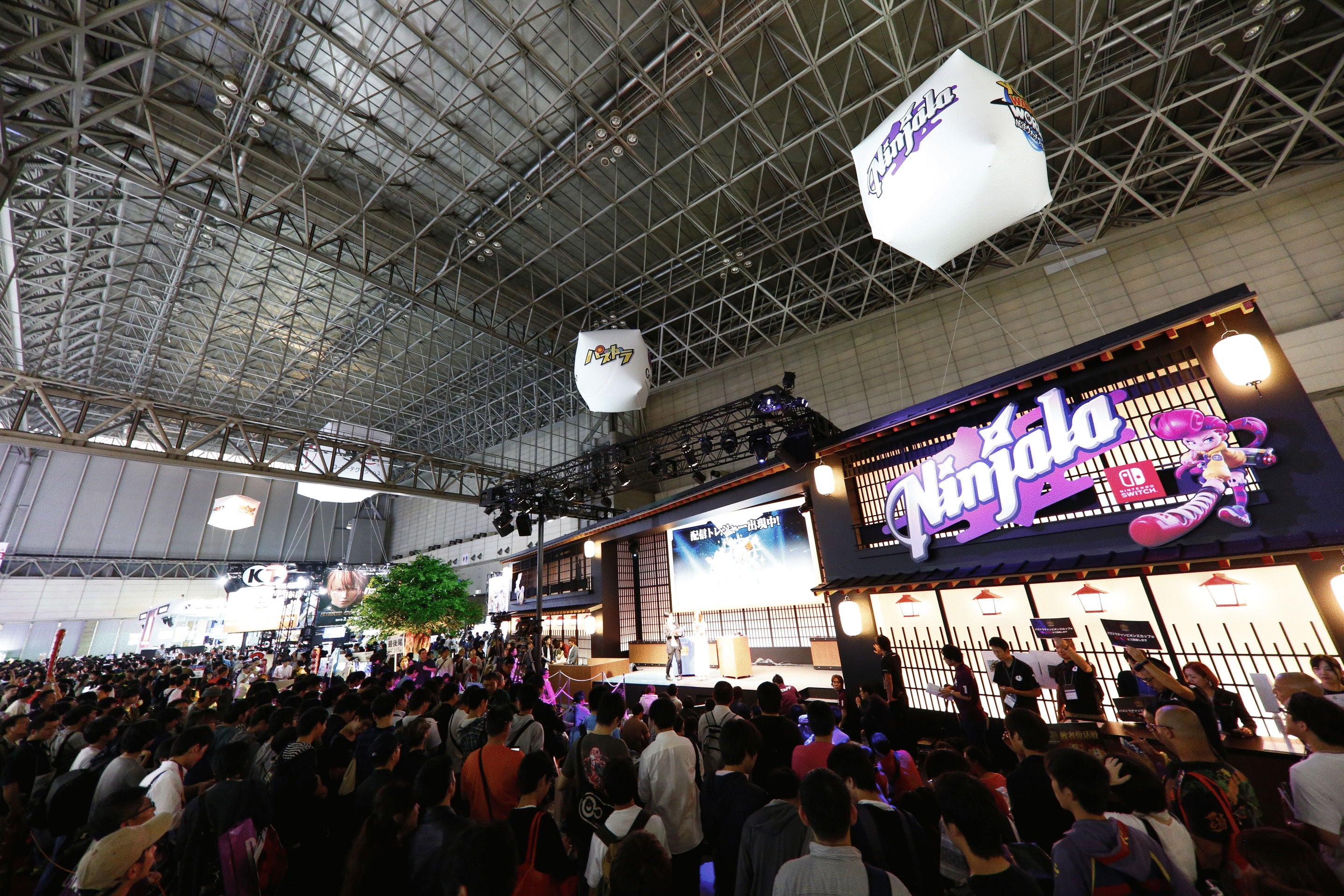 Brian: On the second business day, I always try to do a sweep of the show to see if there’s anything that catches my eye. Level-5, which has been MIA from the Tokyo Game Show for the past few years, was back, so I really wanted to check out what they were doing.

I thought Yo-Kai Watch 4 was good, and I like how the series, including the anime, is growing. The odd thing, though, was when I circled around on the first public day at around 12:30pm, their booth wasn’t exactly packed. Granted, I wasn’t hanging out there all afternoon monitoring things, so that might have changed later, but when I swung by, the lines were super short.

The Yo-Kai Watch boom has passed, but I thought that was kind of strange considering how in years past, the Level-5 booth was drawing incredibly long lines. Part of me, however, thought it was great that the lines were short, because people could actually play the game.

TGS is so incredibly packed, and it’s so hard to get from one hall to the other, that I always feel somewhat bad for the public who are coming out to the show. Each year, the attendance numbers go up and up, and each year it’s harder and harder for people to play games—even on press days, like you say.

What about you? Was there anything you waited for that was worth it?

Chris: From Software’s PS VR game Déraciné. I had a pass that let me skip the lines at Sony’s VR stations—but of course, other people had that pass too, and there was only one Déraciné demo station, and the demo was a full 30 minutes long! So I ended up waiting for about 45 minutes to try it, but I think it’s really beautiful and I can’t wait to play the final game.

I also waited a bit to play The Ninja Warriors Once Again in the Indie Games area. This is from the same team that did the remaster of Wild Guns, and now they’re on to Natsume’s 16-bit ninja beat-em-up, giving it a graphical makeover (but still big-arse pixel art, of course). Totally worth the three minutes I waited.

Any lowlights? Stuff that disappointed you?

Brian: I think the general lack of showmanship from most Japanese companies was a letdown. This is TGS! We’re all here! Bring your A game. Which we don’t really get. It wasn’t like that for all of them. Capcom, for example, always has amazing booths and typically brings new stuff to play. What about you?

Chris: I wish PlayStation Classic had been playable! But there will be time for that soon enough, I suppose.

Did you get over to Indie Games?

Brian: Sadly, I did not. I wasn’t able to fit it in the last day, which was packed. I wish the Indie Games area was in one of the main halls, because it would make it easier to dart over there to check stuff out. At a recent TGS, indie game VR was very much a thing. Did you notice any new trends this year in the Indie Games area or at the show in general?

Chris: Well, the hot new trend is of course the Nintendo Switch. There were tons of Switch games at the show this year, as is to be expected. The missing piece is, as ever, Nintendo, which doesn’t do TGS — which is fair, considering that it does its own Japanese live events all the time! But we might look back on this year as a big turning point, since Nintendo had a booth for the first time.

Now, it was just a big white room in the “business” area of the show, for meetings—but it’s finally official participation. What do you think: Does TGS need a real Nintendo booth on the show floor to stay relevant? 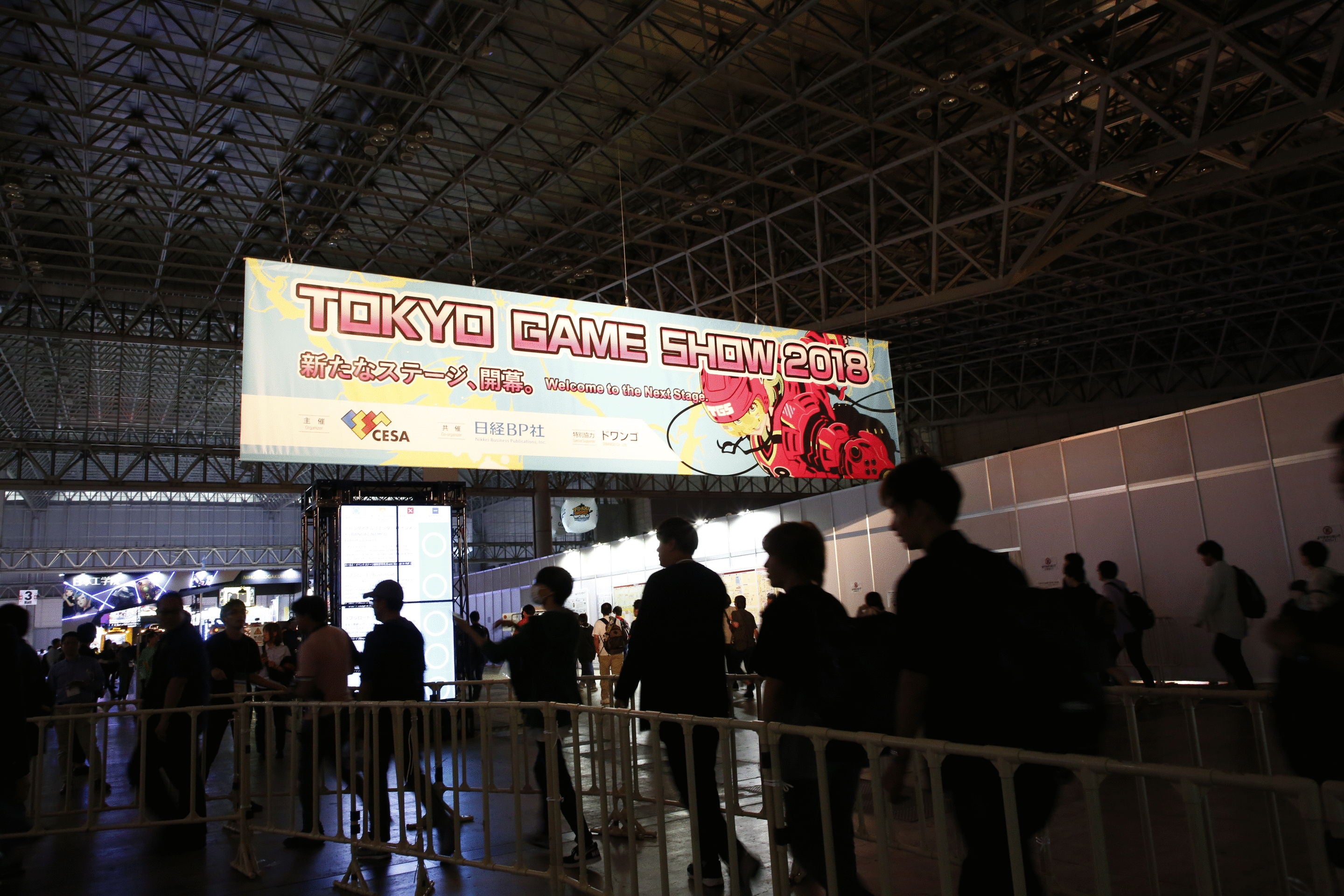 Brian: If Sony didn’t participate then I’d agree, but it does and usually has something on hand. One of the big takeaways for me was, as I mentioned earlier, the increasing sight of PC gaming. I mean, I-O Data had a booth!

There was a massive Battlegrounds booth, which was also amazing to see. Plus, this year there appeared to be fewer mobile games or mobile game booths. While Google had a Google Play booth, this TGS wasn’t a mobile game show as it has been in the past.

The other takeaway was how more and more Chinese language press are covering the show. That really makes me see TGS as having a huge potential audience for news, demos and more.

But in all, the Japanese console market seems healthy and vibrant. A range of Japanese developers are making all sorts of games, so walking around the show floor, I didn’t get the feeling that “Japanese gaming is dead,” as Keiji Inafune infamously said one year.

I felt quite the opposite. I also felt like this is a massively big show with a huge number of people attending and yet most developers and publishers kind of coast through. There is always one game developer who, year after year, usually tries to do something special for TGS, and that’s Hideo Kojima. He held a talk on the last day, which looks to have drawn a massive crowd. He unveiled a new trailer and really tried to take advantage of the spectacle of the show. Kojima gets TGS. I’m not sure other Japanese game companies do.

Chris: Yeah, any time you have that many people packed into a building, there’s the potential to do something amazing. A captive audience, in some cases! But you’re right — Japan’s not dead, although it’s definitely passed through the wringer and come out leaner and meaner.