Xenoblade Chronicles 2’s New Expansion Improves On The Original, But Not Too Much 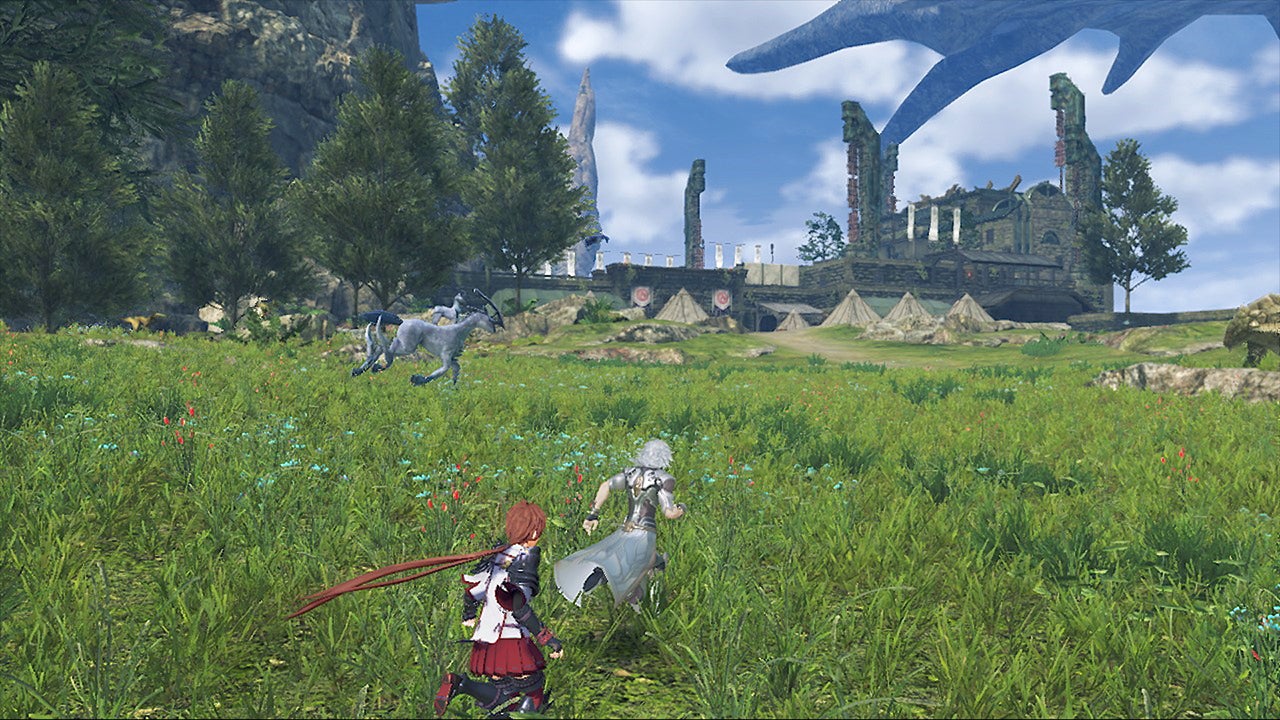 The lands are still vast, even if it’s just Torna and Gormott this time around.
To sign up for our daily newsletter covering the latest news, features and reviews, head HERE. For a running feed of all our stories, follow us on Twitter HERE. Or you can bookmark the Kotaku Australia homepage to visit whenever you need a news fix.

Xenoblade Chronicles 2 — Torna: The Golden Country is a new standalone expansion pack that does away with some of the more inelegant and tedious bits of the original game.

Taking place 500 years before the events of Xenoblade Chronicles 2, Torna: The Golden Country follows new characters as well as some of the original game’s more long-lived faces through the events of the Aegis War.

The Aegis War is an event that literally shaped Xenoblade Chronicle 2’s world of Alrest. Powerful artificial beings known as Aegises clashed, raining destruction down upon the unsuspecting planet. Several massive floating Titans, which serve as continents on Alrest, died. That’s right, entire continents died. It was a whole to-do.

Now players of the original game can experience that to-do first hand. They’ll take control of some of their favorite or most reviled characters during their early years. They’ll learn how key landmarks in the first game were named. They’ll witness historical events that hold great meaning to them, as veterans of Xenoblade Chronicle 2’s campaign.

What about players who decide to forego the 100-plus hours of the initial game, dropping $40 on a standalone copy of Torna instead?

They obviously won’t get as much out of it. Being able to play as historical figures like Jin’s partner Lora or Addam, the original wielder of the Aegis Mythra, is only significant if you know their history. Otherwise they’re just another gaggle of pointy-haired characters wandering the countryside, getting into fights and racking up sidequests.

There are a lot of sidequests. Some of them are mandatory. Which I guess means they aren’t technically sidequests. Shut up. No, you shut up.

Plus, new players can’t possibly enjoy the refinements made to the game’s systems. While Torna is built from the same engine as Xenoblade Chronicles 2 proper, a couple of important changes were made to the expansion to make it less plodding and frustrating than the original.

Take the Blade system, for example. Blades are artificial beings that characters known as Drivers can harness in battle. In the main game, players would spend hours collecting and unlocking cores, filling their roster with samey-looking common Blades in the hopes of getting the more powerful (and usually more attractive) rare ones. Some players really enjoyed this system. Good for them.

Torna gets rid of that bit entirely. The player’s party, at its fullest, consists of three humans (Lora, Addam and Hugo) with up to two Blades each. There’s no sifting through an inventory of dozens of collectible weapon people, trying to create the best possible party.

The party, and a couple of friends.

Having a set group of Blades in the party also helps facilitate the refinement of the game’s combat system. Unlike the original game, where players only controlled Drivers directly, in Torna players can swap between Drivers and Blades in the middle of combat. All characters have a set of Vanguard Arts they use in the front ranks, as well as Rear Guard Arts that automatically fire when they’re in the back. There’s also a Switch Art, which goes off when the player swaps Blade and Driver.

The already combo-driven combat system from the core game becomes even more so with the new switching mechanic. Battles are faster, more dynamic and a lot more exciting then before.

The party, and a couple of friends.

If you didn’t like Xenoblade Chronicles 2, don’t expect to fall in love with Torna: The Golden Country — the changes aren’t that extreme. There are still menus upon menus of minutiae to comb through.

Battles still end in a cascade of crafting ingredients no one cares about. Players still have to camp in order to level up their party. There are skill points to upgrade affinities and WP to upgrade skills. There’s even a new Community system that rewards players for performing as many quests for NPCs as possible.

Insert your own Community reference here.

Torna: The Golden Country is all the menus and management fans of Xenoblade Chronicles 2 enjoyed, with a few neat tweaks to make the more unbearable bits a bit more bearable. With dozens of hours of new content and a whole new story, it’s certainly worthy of a standalone purchase, but to fully appreciate what Monolith Soft has done, you’ve got to knows what it did before.

Its even got its own title screen.