In July, Overwatch got a group-finder, and now meeting teammates for the game’s competitive mode often feels less like teaming up with a bunch of random gamers on the internet and more like trying to sit at the popular kids’ high school lunch table.

The group finder is meant to help players compose teams. In some modes, that can mean six Torbjorn mains teaming up to intentionally, and dramatically, lose games.

In competitive mode, it means finding a viable composition—most often, two tanks, two supports and two damage-dealers—so the team can act as one unstoppable organism that strategically annihilates everything in its path. It’s an excellent counter-option to yelling “fuck it!” and tossing yourself into the stomach of Overwatch’s chaos beast matchmaker.

Players now have more control than ever over who they queue up with, in theory. In practice, it’s led to a dog-eat-dog world of booting players whose Overwatch profiles are anything less than ideal, along with Mean Girls cries of “You can’t sit with us!”

In my experience, it’s happening widely, and yes, I’m a part of it.

The other day, I was looking to play a little competitive Overwatch and perusing open groups on the group-finder when I encountered a woman I will hereafter refer to as “the boss.” I joined the boss’s group and confidently slotted myself in to play tank. “Hello!” I said over voice comms. “How’s everyone doing?”

There was no pause before I heard the perfunctory demand, “Public profile.” Along with Overwatch’s group-finder update, the game gave players the option to make their profiles private. That means hiding specific stats like how many hours I’ve played on each hero, what my win percentage is or even what my hit accuracy percentage is with, say, Roadhog’s hook. Uninterested in publicising dozens of highly-specific stats from my Overwatch career to whomever wants to comb through them, I’d hidden the whole thing.

“OK,” I said. “No problem.” I have many days’ worth of time on my favourite tanks — sorry, not sorry — and if that’s what the boss is looking at, I’d definitely pass the entrance exam. I clicked through a few menus and re-publicizsd my profile.

“You’re in,” she said. It was oddly validating to be accepted. Somehow, before even playing with me, I had proven myself. Cool.

I plopped my metaphorical lunch tray down and, since we were still half-empty, waited for others to try to join. A few seconds later, the client made a bing sound as a new player slotted in as a damage-dealer.

It wasn’t three seconds before the boss viewed their profile, deemed him a “filthy Junkrat main” and booted them from the group. Woah! I thought. The boss sure knows what she wants. Seconds later, another player joined. They had about 15 hours on the sniper hero Widowmaker.

“Noob Widow, bye!” said the boss, apparently judging them to be underqualified for her supergroup of average-level players. The player’s icon disappeared from our group’s roster.

It was easy for me to envision the boss scrutinizing hopefuls’ scoped accuracy or average eliminations, comparing them to some imaginary number in her head and clicking them away into Overwatch oblivion.

Like this, ten players were cycled in and out before the boss finally settled on a composition to her liking. Unfortunately for the boss, in the long wait between queuing up with her and finally landing on a team, some buddies of mine logged on. With many apologies, I left to play with some known quantities. 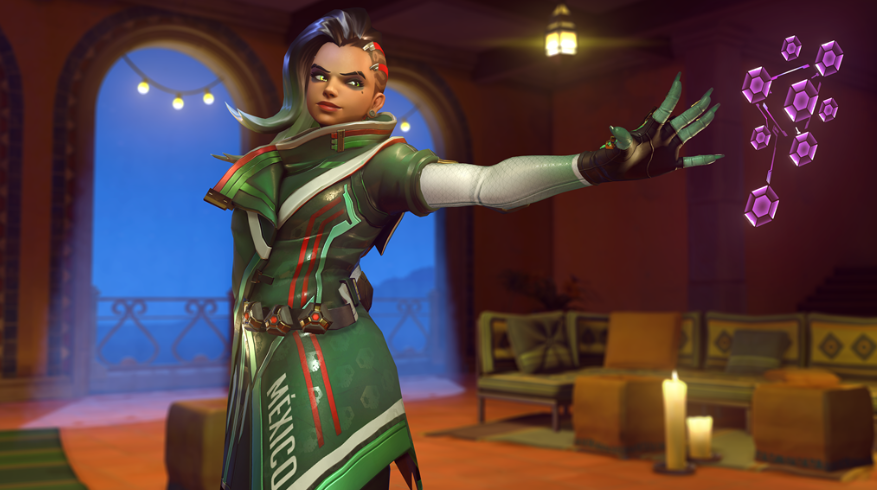 Clearly, the boss was a little extreme. But to be totally frank, I don’t behave much differently in Overwatch’s group-finder. When I’m organising a group for competitive mode, I become a control freak, too.

My group names alone say everything: “GOLD COMP / MICS ONLY / PLZ BE GOOD AT YOUR ROLE,” “GOLD COMP / MICS / 2X2X2,” or “MID-GOLD COMP NEEDS MAIN TANK NOT OFF TANK.” (If somebody queues up to play a second tank with in my group, and they play the same tank heroes as me, I’ll explain why things just won’t work out and send them packing.)

I’m ashamed to say that I also look at people’s public profiles. If somebody queues up to be a damage-dealer but they’ve played less than four hours as one, I’ll let them go. We’re here to win, dammit!

Meticulously curating a team of surefire, stat-backed winners seems like it tips the odds of winning in your favour. Numbers don’t lie, right? And neither does a well-strategised composition—right? Actually, they do.

There are an infinite number of reasons why a perfectly-constructed group would lose a game of Overwatch, and all of them are the result of human error.

Say nobody calls shots, so the team fails to efficiently target opponents. Or say players have completely different ideas of how to position themselves on the map, so it’s too hard for them to traverse space to help each other out. What if someone’s just an arsehole, and it’s distracting? What if the enemy team is full of smurfs whose main accounts are super high-levelled?

What if a player’s internet sucks and, halfway through the match, they disconnect? Then it’s five vs. six and, basically their team has no chance.

Funnily enough, it’s become common for any Overwatch competitive group made in the group-finder to disband after just one loss. All that hard work formulating a team of superheroes goes to waste.

All of that is a very good argument against going all in on Overwatch’s group-finder and turning the first-person shooter into a strategy game of min-maxing stats. I won’t stop, though.

It’s basically human nature to try to control uncontrollable things. And anyway, if I finally climb into Diamond, my teammates will be good enough to stop stressing me out — right?