These $1900 Game Boy-Themed Jordans Almost Look Worth It

Johnny Barry’s Freaker Sneaks is a company that produces super-small runs of custom sneakers. Its take on the retro Air Jordans IV are especially sleek, including 2017’s extremely limited SNES and NES-themed ones. Now there’s a Game Boy pair, and holy shit do they look hot.

The left and right heels have the handheld’s D-pad and two face buttons embedded on them respectively, while the front flaps feature Super Mario Land’s box art and an image from the game as it would have appeared on the Game Boy’s mini green-tinted LCD screen. Did I mention the buttons are press-able? A plastic Game Boy cartridge serves as the hang tag. 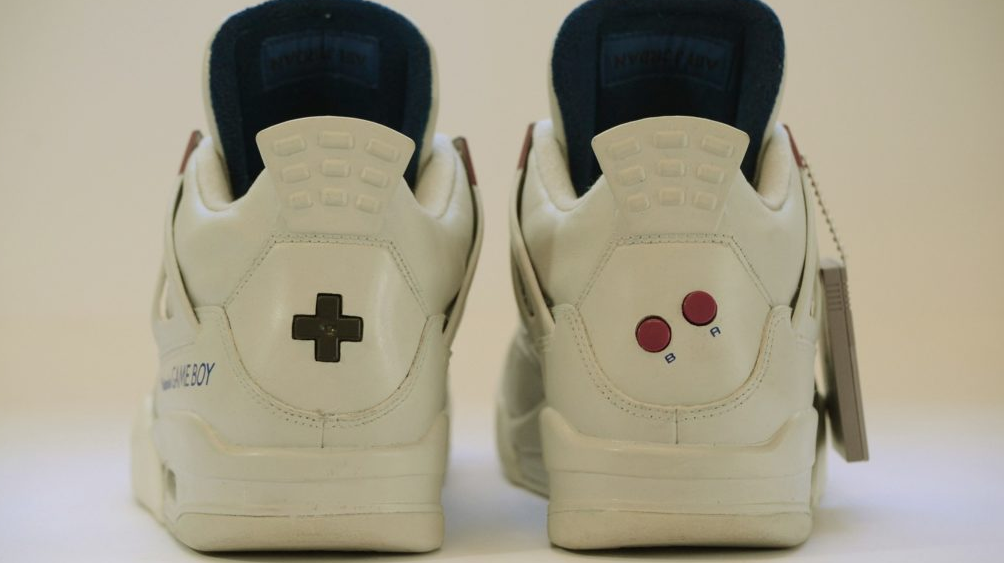 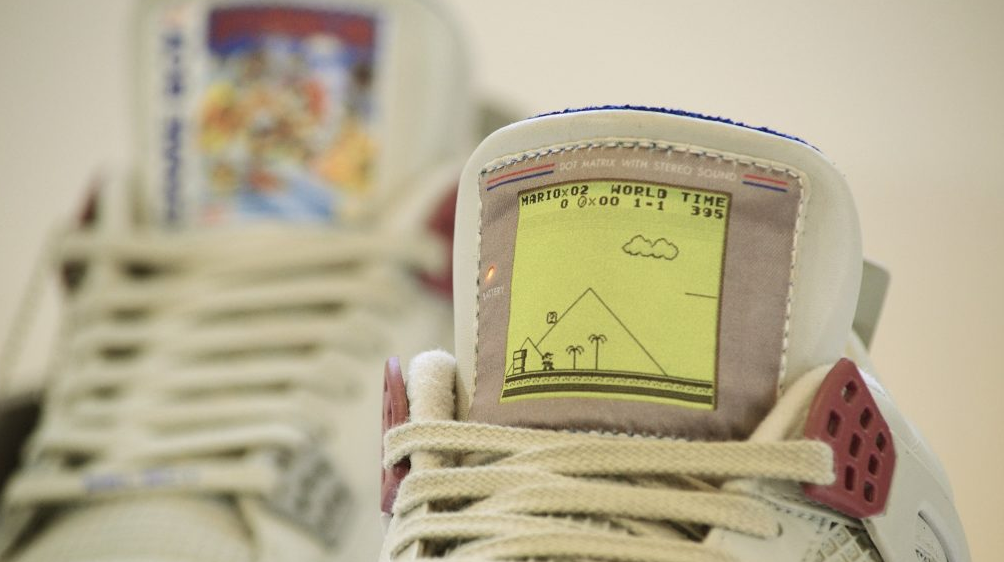 The package as a whole works a lot better than all three of the previous Nintendo console versions, mostly because the warm, off-white grey tinged with yellow and green is a lot less oppressive than the darker, cooler greys of the SNES and Super Famicom colour schemes. The black in the NES Jordans is just ugly.

The Game Boy variant also has the honour of a shared birthday. Both the Air Jordan IVs and the handheld released in 1989, making them a uniquely perfect pop cultural crossover that’ll you never have.