The president of Nintendo of America, Reggie Fils-Aime, was in New York this week to sell his company’s big holiday line-up. But there was plenty more to talk about, too.

A good portion of our conversation involved Fils-Aime’s pitch for the newest Switch and 3DS games. You can read about that in the first part of my interview with him. What follows are the other topics we crammed into our chat in which he downplayed expectations for a Nintendo 64 Classic, addressed Nintendo’s meager support of its iconic older games on the Switch, boasted of the success of Zelda: Breath of the Wild expansion a and even managed to work a mention of Waluigi into our chat about the new Smash Bros. Hmmm.

Nintendo’s holiday line-up does not include a new retro console, a surprise for fans and media who expected the 2016 NES Classic and 2017 SNES Classic retro consoles to be followed by a 2018 Nintendo 64 Classic. Fils-Aime isn’t one to announce new products on the fly during an interview, but he made it sound like the window for Nintendo doing such a device is closed for now.

“We were clear when we did the first two Classic series that, for us, these were limited time opportunities that were a way for us as a business to bridge from the conclusion of Wii U as a hardware system to the launch of Nintendo Switch,” he said. “That was the very strategic reason we launched the NES Classic system.” The Wii U had been fading fast by early 2016 and the Switch didn’t launch until early 2017.

“So while consumers may have been anticipating something, we view these as limited time opportunities. We’ve also now been very clear that as the consumer looks forward to engaging with our classic content that is going to happen more and more with the subscription service.

“Would you rule out an N64 Classic coming?” I asked.

“I would not ever rule something out,” he said, “but what I can tell you is certainly that’s not in our planning horizon.”

It’s not easy to get classic Nintendo games on the Switch, where the company only began offering Nintendo Entertainment System games just to subscribers of its new online service in September, 18 months after the console launched. Coupled with Nintendo’s controversial crackdown on ROM sites and general control of its library, the company has seemingly recognised the demand for its classics but doesn’t seem to be doing all that much now to satisfy it. 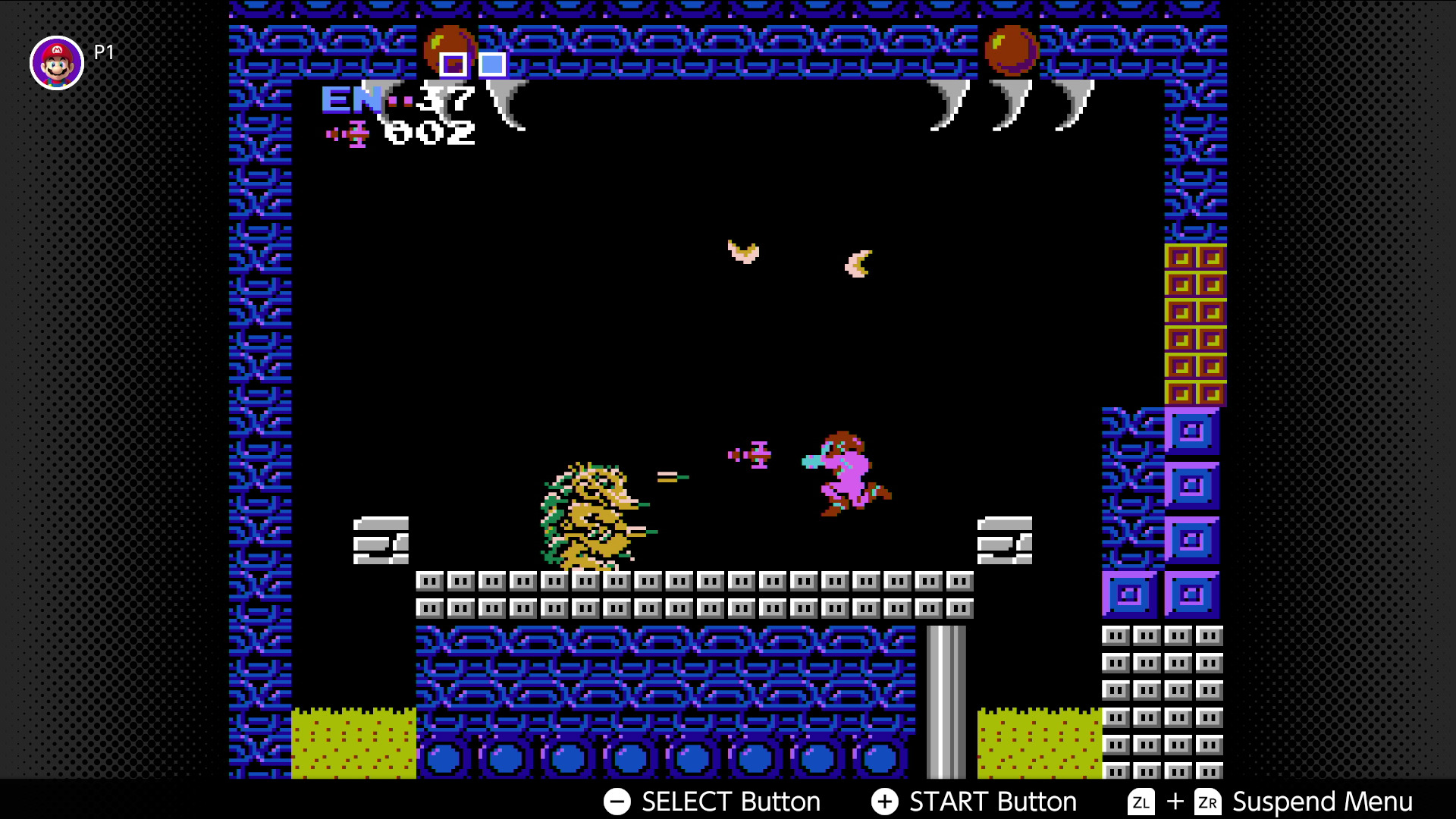 Asked what Nintendo can do to change that, Fils-Aime first pointed to the NES Classic and SNES Classic, which each contain 20 old games apiece. “As we look to the future,” he said, “our subscription service, NSO, Nintendo Switch Online is going to be the place where you can play our classic content…”

“We’ll see what comes next,” he said. “As you have already pointed out, we haven’t even made the full library of NES games available yet. So this content has to be optimised for the Switch environment. That’s something we’re working very hard to do. Like you, I look forward to playing Metroid through the Nintendo Switch Online service and we’ll be continuing to release content that way.”

Nintendo has understandably promoted the upcoming Super Smash Bros. Ultimate as a multiplayer-centric game, but the recent Nintendo Direct video presentation for it culminated with a dazzling tease of its single-player mode, World of Light. Fils-Aime described the single-player mode as “exceptionally strong” and a way to get a story and unlock some characters, but in answering how extensive it might be for those not interested in multiplayer, he reiterated what the game’s primary appeal is: “Smash Bros. is best as, whether it’s couch [multiplayer] or internet-based [multiplayer] the fighting aspect really is what sets it apart.”

Last week, Smash director Masahiro Sakurai Tweeted about how the game’s post-release downloadable character line-up was “now complete” in terms of roster selection. In a pair of Tweets he noted that “this time the selection was made entirely by Nintendo” and he discouraged people from “flooding” Twitter replies with wishes for fans’ favourite characters when the developers aren’t asking for such feedback.

For the previous Smash games released on Wii U and 3DS in 2014, Nintendo ran a poll that encouraged fans to vote for who they wanted to see added to the game as downloadable content. It’s unclear how much impact the vote had, though the added character Bayonetta was revealed to have received a lot of votes. Sakurai’s new Tweets seemed to suggest there wouldn’t be any fan vote this time. 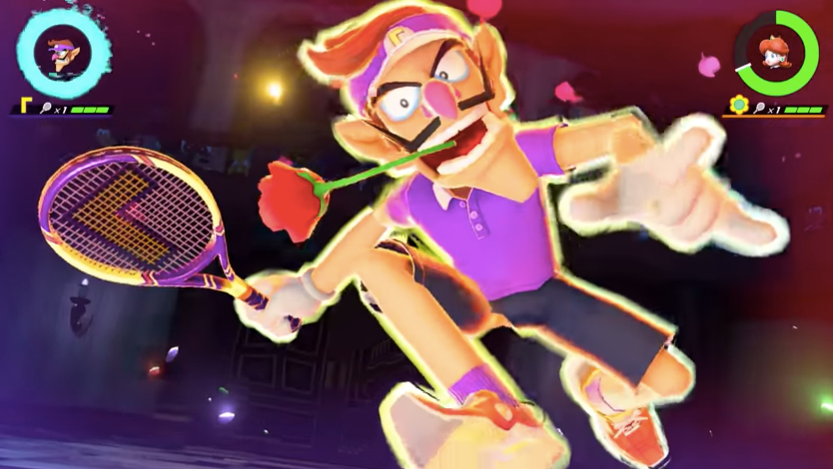 “I haven’t talked to him,” Fils-Aime said of Sakurai and his Tweets, “but I believe he was working hard to communicate two things: One, that the characters have been decided on. Second, that he is well in development on this, so please be patient. My interpretation is that there will be no fan polls, [and that] no independent poll trying to push Waluigi, as an example, will not influence the decisions that have already been made.”

Hey, he brought Waluigi up, not me. I had to ask: “Do we know? Do you know if Waluigi is or isn’t in the roster?”

“We’re not here to discuss that at this point in time,” Fils-Aime said.

He reiterated that the plan is for post-release characters to be sold bundled with new stages and music after release but said there weren’t plans for any other microtransactions for the game.

In terms of competitive gaming for the new Smash, Fils-Aime said Nintendo would continue to “work with the existing events that are in place, make the product available, encourage the community.” He said that Nintendo may create some events of their own but that the Activision-Blizzard model of creating their own leagues for Smash or any other game is “not an approach that we believe makes sense for our content.”

It’s become more common than not for Nintendo, a company that long released games and didn’t add to them, to now offer lots of free and/or paid downloadable content for their games. Even the largely offline Kirby Star Allies is in the midst of a significant flow of free add-on characters and modes in the seven months since it came out. Fils-Aime called post-release content a “critical tactic” for the company, noting that “our developers understand that smart post-release content can drive ongoing engagement both with that particular game and to the platform.”

He mentioned that The Legend of Zelda: Breath of the Wild’s paid expansion “has done exceptionally well in our marketplace.”

In Japan, Switch owners with a strong internet connection can download an app and play a streaming version of Capcom’s Resident Evil 7 and Ubisoft’s Assassin’s Creed Odyssey, two games that are probably too graphically intensive to run directly on the Switch and that are only available in America on the PC, PS4 and Xbox One.

Fils-Aime described those efforts in Japan as “very exciting,” adding that “essentially a cloud-based gaming experience on the Switch is something that everyone is very excited to see.” But, he noted, “it’s specific to Japan because of the internet infrastructure that exists in that country. Very high-speed wireless capability. The ability to have a great experience in Japan is profound. The technical infrastructure doesn’t exist for that to happen currently here in the United States.”

I noted that there are game streaming services that serve American games, but he clarified that the connections weren’t to Nintendo’s satisfaction. “And so from that standpoint we’re looking at that activity as a very interesting test case and certainly is going to drive our thinking and our potential investments here in the Americas.”

In Japan, The Nintendo Switch Is Streaming Games That It's Not Powerful Enough To Run

The oddest announcement from Nintendo yesterday wasn’t on the Nintendo Direct that aired in the West. It happened on on the Japanese Nintendo Direct stream when the company revealed that. Assassin’s Creed Odyssey will be playable on the console when it releases October 5 — thanks to streaming.

Fils-Aime said he is familiar with Google’s Project Stream, which streams the aforementioned Assassin’s Creed Odyssey through players’ Chrome web browsers but cautioned that “if you talk to really active gamers there’s a level of dissatisfaction, because of a lag and other things that happen currently. The question is: At what point will there be the technical infrastructure for that to be a truly compelling experience.”

It’s unclear to me if Nintendo has the final say on whether such third-party game-streaming services make it to Switch systems in the U.S. The game streams are handled by a Taiwan-based company called Ubitus that partners with game publishers and other companies to stream their content.

The Switch’s lack of an ethernet jack means most players would try to connect to such a service via WiFi and any American can attest that WiFi isn’t so hot in this country. Knowing that this stuff is happening on Switch in another country, though, is tantalising and clearly something Nintendo is paying attention to.

Kotaku commenters — and some staffers — sometimes grumble when Nintendo announces something new for 3DS like WarioWare Gold or the Luigi’s Mansion and doesn’t also announce it for Switch. “To the Kotaku reader what I would say is, clearly, our development focus is on Nintendo Switch,” Fils-Aime said. “You look at the plethora of content we’ve launched; the plethora of content we’ve announced. That is clearly where our development focus is. However, there are a lot of five, six, seven-year olds who have an opportunity to have their first gaming device and to have a fantastic gaming experience. And that’s what our dedicated handheld business is for, both the 2DS and the 3DS.”

Fils-Aime clearly pegs the 3DS/2DS line as something Nintendo is selling to kids and argues that “the next generation of gamers need to start somewhere.”

I pointed out to him that I don’t think people are saying games shouldn’t be on 3DS but that they’d like to see them on Switch, too. “Well, we want the newest experience to be on Switch. That’s why the upcoming Luigi’s Mansion game is going to be a fantastic experience.”

Read part one of our interview here:

Reggie Fils-Aime is in full hype mode. That is the main gear for the president of Nintendo of America the week before Black Friday as he sits in a 38th-floor Manhattan hotel suite full of Nintendo game and system boxes. “As we look forward to the next 45 days or so,” he says, “We’re excited that we have literally something for every type of gamer, every type of household here in the Americas.”