Ashen Is A Dreamier Dark Souls

annapurna interactiveashendark soulsepic games storefeaturexbox one
To sign up for our daily newsletter covering the latest news, features and reviews, head HERE. For a running feed of all our stories, follow us on Twitter HERE. Or you can bookmark the Kotaku Australia homepage to visit whenever you need a news fix.

I’m a voracious Souls player. From multiple playthroughs of the Dark Souls trilogy to games like The Surge and Nioh, I can’t get enough of moody exploration and tough boss fights.

Ashen, a new Souls-like published by Annapurna Interactive, released last week on the Epic store and Xbox One, and while it doesn’t reinvent the wheel, its small refinements have made for a memorable journey thus far.

In Ashen, which is developed by A44, a powerful bird god named Ashen once protected the land, until it grew old and perished. An age of darkness followed, giving rise to creatures of the dark, giants who praised the light, and humans.

You take control of a custom-created human adventuring in the quiet age leading up to Ashen’s rebirth. You set up a camp of survivors and venture out in the world to collect the pieces of an ancient being’s heart in order to protect Ashen as it rises.

The resulting gameplay will be familiar to anyone who has played Dark Souls’ particular brand of methodical world exploration and tricky combat. 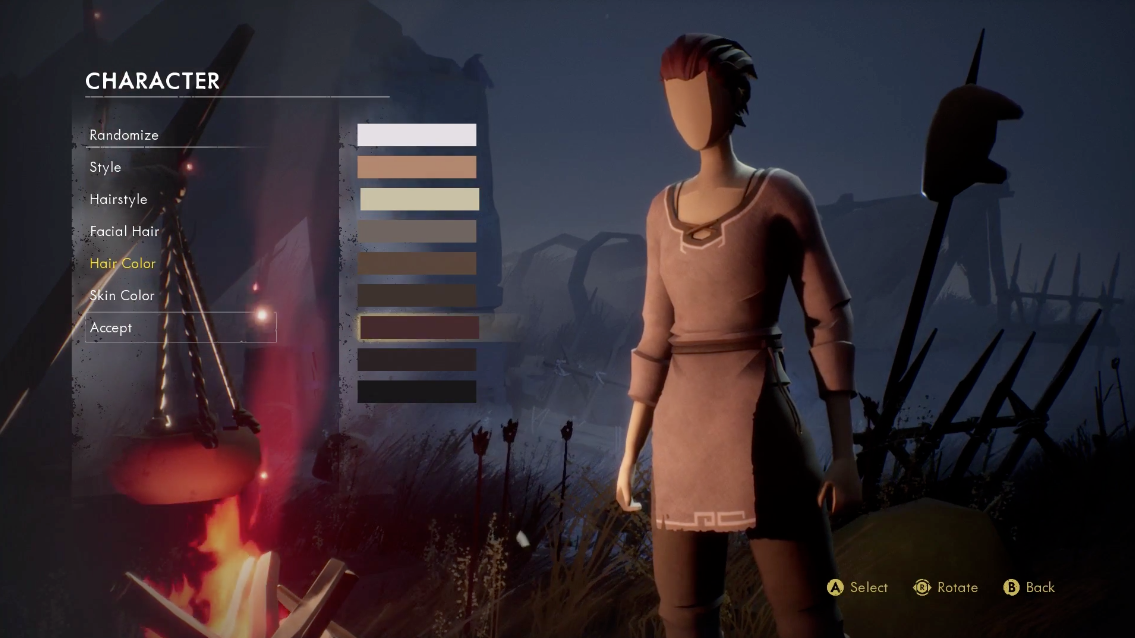 But Ashen has a few touches that change up the Souls formula. Part of what helps drive the game’s mood is its minimalist aesthetic. The world is a mix of pseudo-cell shading and nondescript textures. The world seems made of meticulously smoothed clay, with most characters lacking facial features.

Ashen is caught between the grim mood of Dark Souls and a more adventurous world like The Wind Waker. As a result, it feels less like an oppressively dark legend and more like a fireside story.

This mood is heightened by finding characters who join you on your journey. These teammates—mine have all been NPCs, although a multiplayer option does exist—feel a bit like Dragon’s Dogma’s pawns but with defined character. They fight at your side, but also offer quests back at camp.

The more you explore, the more people return to your expanding settlement. You are not alone in Ashen. You are part of a greater community. It makes things less dire, infusing your progress with a different kind of purpose than other Souls-likes.

While Ashen’s challenge might not be as high as other games in its genre, the game isn’t easy. There are plenty of inventive and powerful monsters that deal tons of damage. The early game consists of mostly fighting bandits, but once you enter into your first dungeon things get much more difficult.

Acid-spewing spiders can burn through your health, and their corpses can damage you. A dangerous boss with the power to control darkness mixes tricky combat with puzzle elements. Ashen often forces you into dark places that require the use of a lantern. The boss can steal the light from your lantern to render you virtually blind and hide in a shadowed wall alcove to recover health.

Small touches like these prevent fights from feeling too safe. There’s always a catch, and you always need to be on your guard.

After about four hours I’ve only scratched the surface of what Ashen has to offer but I’ve found a world that I want to keep exploring. Coming face to face with a giant goddess or simply watching as another merchant stumbles into my camp is equally exciting. The formula is familiar, but the world offers enough hidden nooks and tricky monsters that each new foray out of camp is exciting.