In the early hours of March 9th, 2018, Amir Badvipour, a university student and admin of the fan-run group Nintendo Iran, watched a new Nintendo Direct on his laptop. His closest gaming friends, all locals of Tehran, Iran, had stayed up to watch as well. With each new reveal and game update they shot messages back and forth, but there wasn’t really any news that had the Iranian Nintendo fans blown away.

With the Direct almost at its end, the stream cut to a messy battle between two Inklings, the adorable squid kids from Nintendo’s hit Splatoon franchise. As the Inklings traded blows, a flaming icon rose in the background.

Smash Bros., one of Badvipour’s favourites series, was coming to the Nintendo Switch in 2018. “I didn’t know how to react,” he told Kotaku via Skype this week. “It was one of the best and most shocking moments of the year for me.” 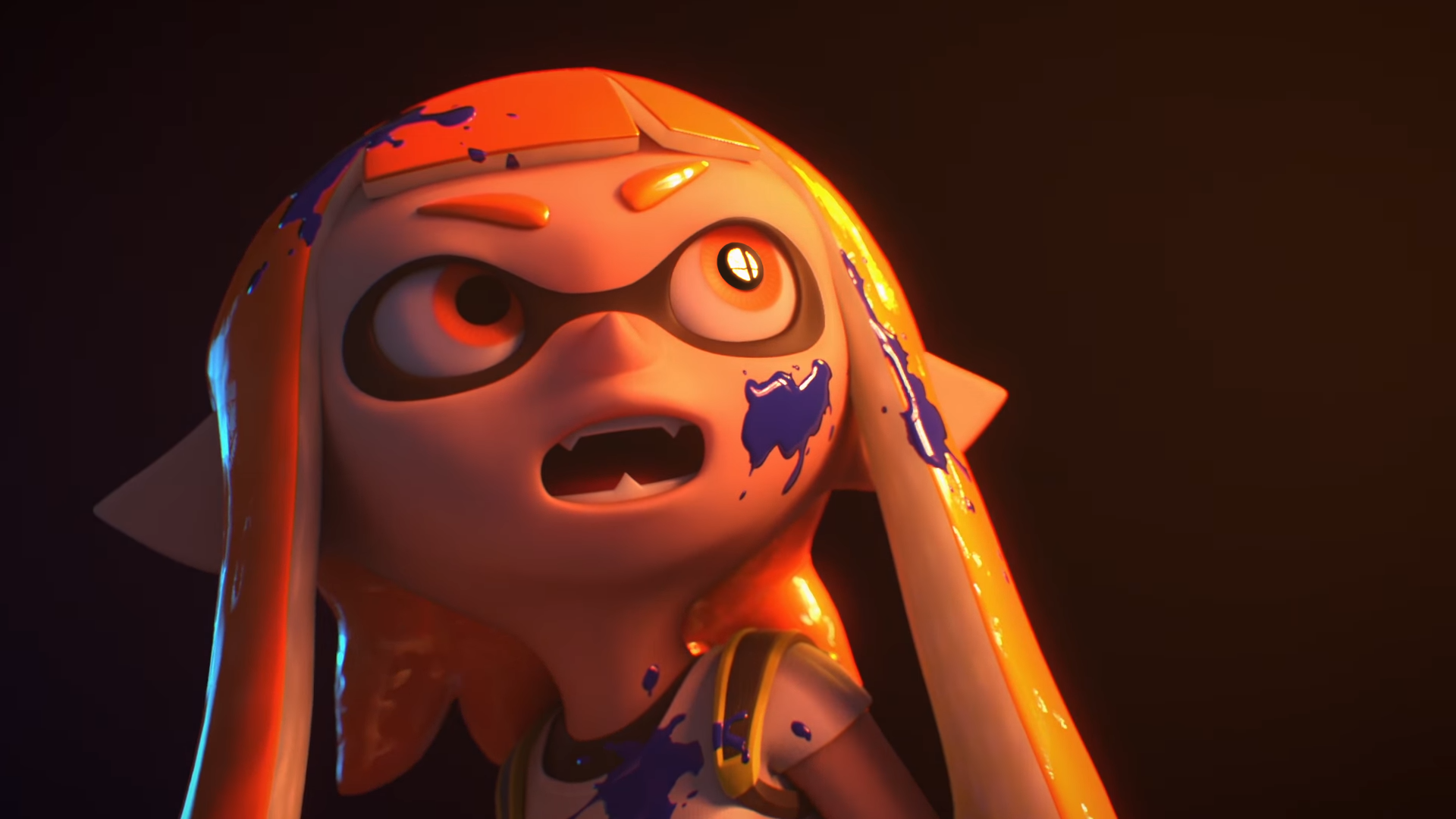 The gaming culture in Iran has grown and evolved substantially over the past two decades, as I reported for Mashable in 2017. Gaming has become one of the most popular hobbies for a younger generation of Iranian citizens. But being a fan of video games in Iran can be frustrating and expensive.

Most gaming companies have no official presence in the Middle East, and players must find games, consoles, and accessories through various online importers and costly gaming shops. These issues are made worse by the fact that digital downloads and online play are hampered by strict government regulations and sluggish internet speeds.

While mobile titles for phones and tablets are the most accessible and popular games in Iran, there are still dedicated players on PlayStation 4 and, to a lesser extent, PC. At the bottom of the Iranian gaming hierarchy, just beyond Xbox, sits Nintendo. The Japanese gaming giant known for their colourful and kid-friendly titles is largely ignored and often mocked by the majority of Iran’s “hardcore” gaming fans, according to players I spoke with for my previous story.

“I could say one of the worst things about gaming in Iran are the ‘hardcore’ gamers,” Nintendo Iran member Aryo Abdali told me in a prior interview for that article. “I can’t even have a good talk with them. They dismiss me and tell me I don’t have any good information on games. They’re very opinionated.” 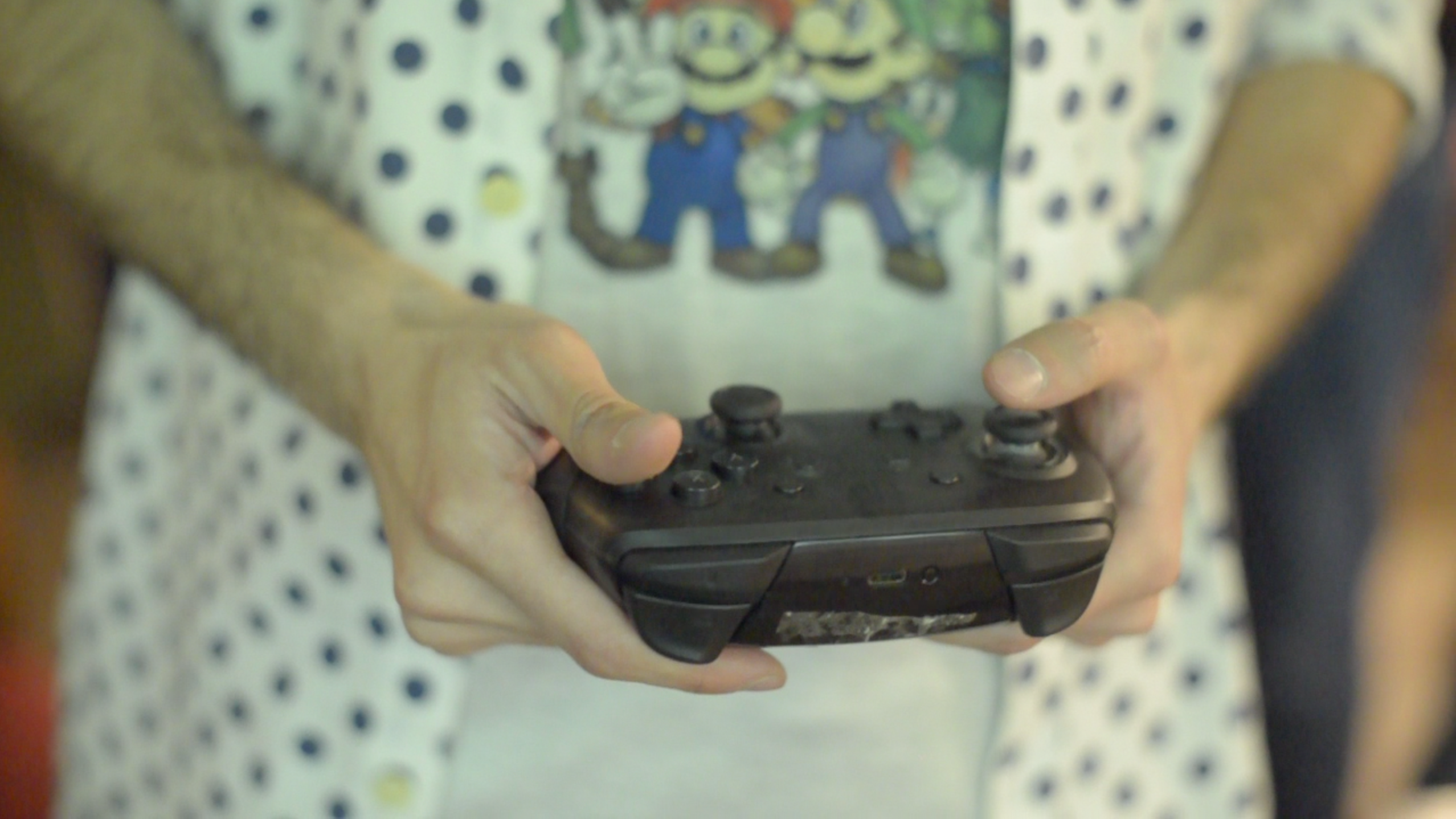 This mentality has been slowly changing since the launch of the Switch in early 2017. Nintendo’s hybrid console has many advantages for Iran gamers: The Switch’s portable nature, focus on couch co-op titles, and lack of regional lockout makes it the perfect fit for a country with unreliable internet and a market flooded with games from around the world.

The Switch’s begrudging acceptance into Iran’s gaming culture has been a big win for Badvipour and his fellow Nintendo-loving cohorts. They hope to see more Iranian gamers come to appreciate Nintendo’s unique hardware and classic series, which drew Badvipour to Nintendo Iran in late 2016. As the Switch grew in popularity, Badvipour began to host small tournaments in Tehran for competitive titles like Mario Kart 8 Deluxe, but few games released in the last two years had both the fan base and multiplayer focus to warrant a larger event or public launch party.

When Nintendo’s 2018 E3 presentation focused on the new Smash Bros., Badvipour began jotting down ideas about what he could do for the game’s December release. “There were a lot of thoughts coming to my head about how to make a launch event interesting and exciting for everyone involved,” he said.

He hoped that showcasing the game in a public setting could bring in new Nintendo fans and help cement the presence of the Nintendo Iran group. He knew of a local venue that might be interested in hosting a launch tournament, but he wasn’t certain how many of his scattered online friends could show up, or how the cafe regulars, fans of more “hardcore” games, might react. 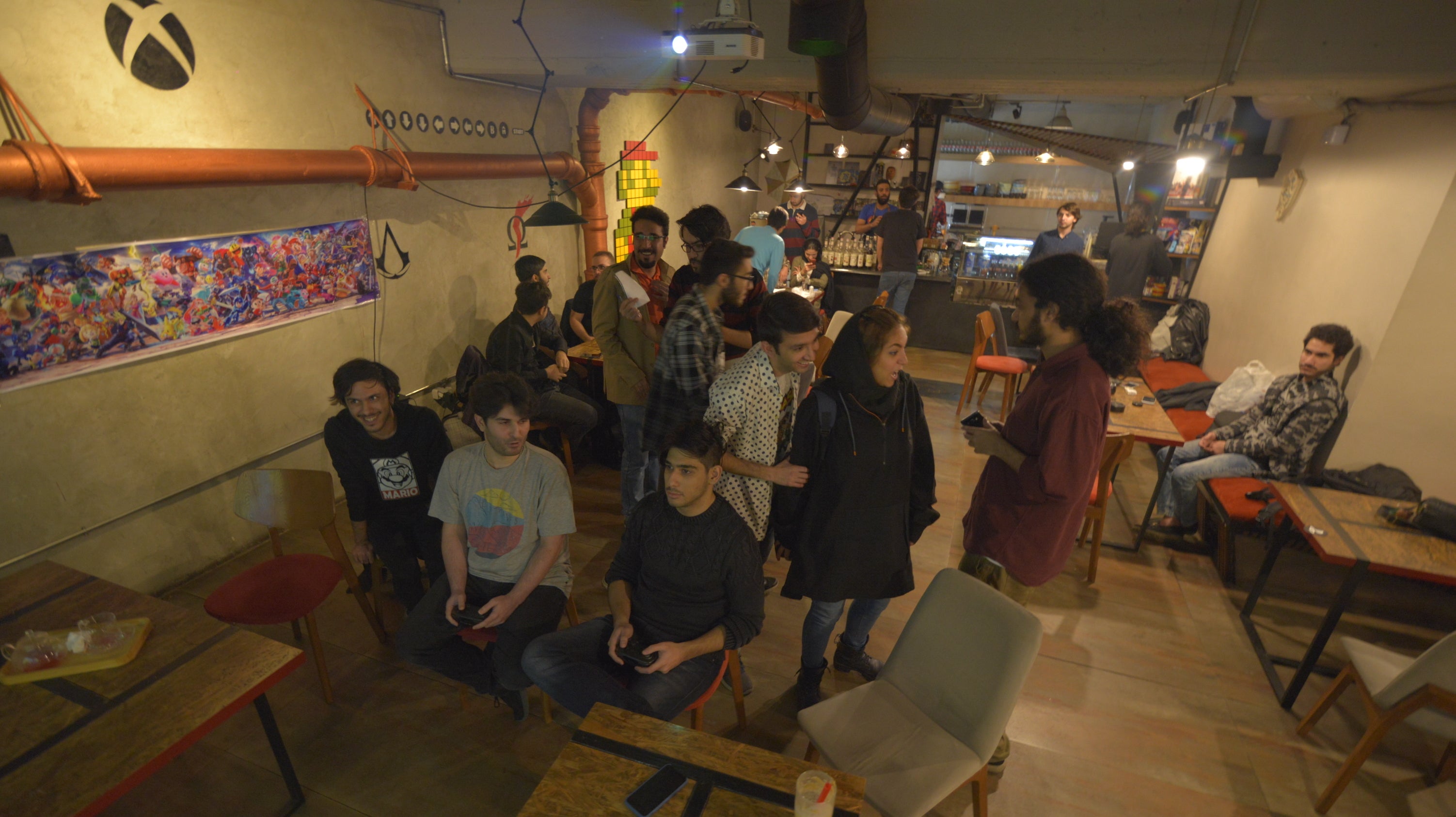 The site Badvipour chose, the Gameplay Cafe, is touted as Iran’s first video game cafe. It’s covered in both modern and classic gaming signage, and functions as both a coffee shop and a small gaming store. The owners of the cafe had previously worked with Badvipour on a few small Nintendo-focused events, and they were excited at the prospect of hosting the Smash Bros launch in December.

They even offered to run a lottery during the event in which attendees could win a copy of Super Smash Bros. Ultimate.

Badvipour planned to have a launch event featuring a Smash tournament, a lottery, and more, but as with most plans hyped up inside one’s own head, the reality of the event didn’t quite meet his expectations. Days before the December event, the Gameplay Cafe was put under new management, and Badvipour told me the new owners were far less enthusiastic about hosting a Nintendo event.

Despite his efforts to confirm details and promotion regarding the event, Badvipour said the new owners did little to communicate with him about nailing down the event’s details. The cafe only shared an invite to the launch event with its thousands of online followers less than 24 hours before its start. The new owners also informed Badvipour that they would only give away a copy of the game if he pulled in a minimum of 40 attendees, which in his mind was a lofty but achievable goal.

On the evening of December 8, the day after the worldwide launch of Super Smash Bros. Ultimate, Badvipour showed up to ready the cafe for his launch event. He had already played Ultimate for hours, grinding tirelessly to ensure he had every last character unlocked. Any of the 70+ fighters on the Ultimate roster might be someone’s favourite or first pick, and Badvipour wanted to make sure they were all available.

As Nintendo Iran members and the general public began to filter in, some with Switch systems of their own, Badvipour and his crew set their sights on registering participants for the night’s tournament. 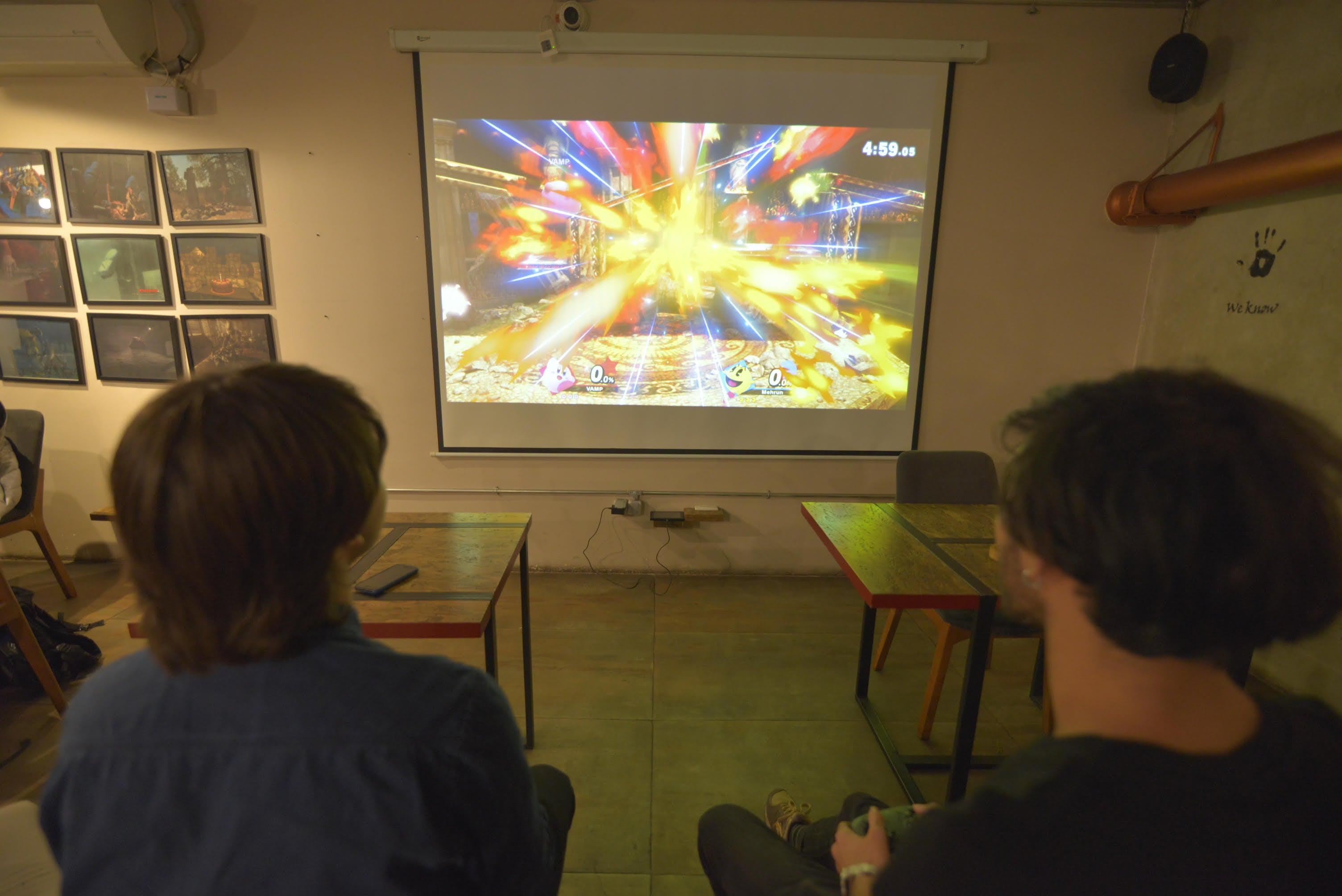 Unlike many countries, the Iranian work week begins on Saturday, meaning Badvipour’s event had come on an inopportune night for the average student or working adult. Nevertheless, Badvipour had been determined to have the event as close to the actual launch date as possible, despite the inconvenient timing.

With a modest turnout of around 25 attendees, Badvipour soon realised his dream of giving away a copy of Ultimate to a lucky Nintendo fan wasn’t going to happen. It was a major disappointment, but not one that would deter him from enjoying an evening of Smash Bros. with other fans. “I did have a great time, after all it was a Smash launch party,” Badvipour admits, “but there was definitely room for improvements.”

As the night wore on, more cafe patrons who hadn’t shown up specifically for the event were swept into the multiplayer madness that is Smash Bros. But of course, old prejudices die hard. Nintendo Iran members told me that some onlookers said they would only try if they could pick a more mature fighter from a third-party developer, such as special ops soldier Snake or sexy hair witch Bayonetta.

“I did hear negative comments coming from some people who have never played the game,” Nintendo Iran member Abdali told Kotaku. “They were saying how crazy and childish the game was compared to Mortal Kombat or Tekken, but they took a chance to play the game, and it seemed like they were having fun.” 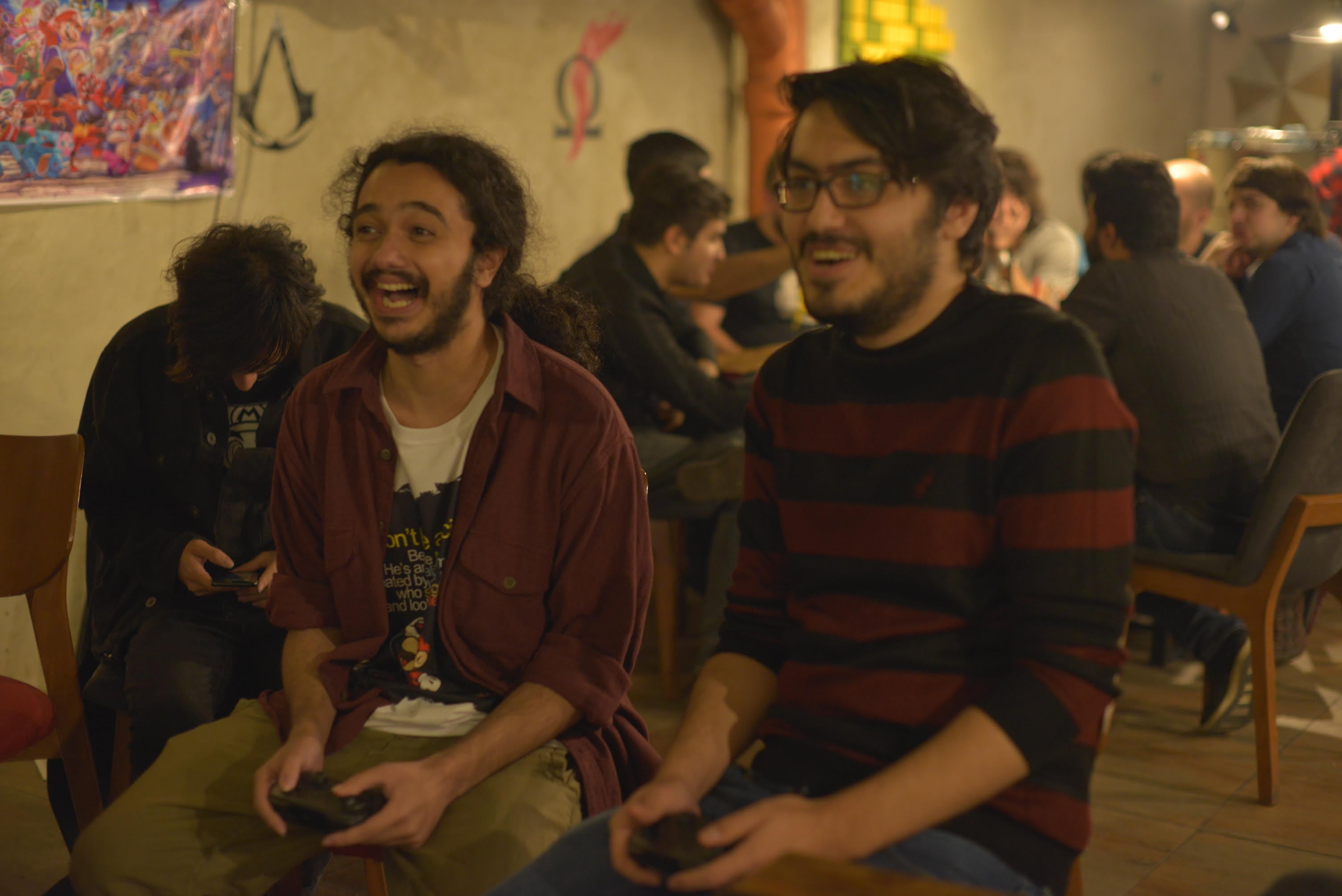 Though the event didn’t have an enormous turnout or go exactly according to plans, Badvipour said he’s still elated that it happened at all. He feels strongly that Ultimate, quite possibly the most Nintendo-centric title of all time, is just the game to pull in curious and competitive Iranian players. After all, getting the “hardcore” crowd to try the Switch, and be more accepting of others’ gaming tastes, is Nintendo Iran’s main objective.

“Smash is a celebration of gaming. There’s something in it for everyone, and it brings people together,” Badvipour explained. “People will get hooked, and if they really want to play competitively – to ‘Settle it in Smash’—they’re going to have to do it locally. Before Ultimate I think a lot of people were interested in the series, but didn’t know how to play or know anyone with the game. Even though the Smash community in Iran is very small, Ultimate is going to expand it.”

Badvipour and the Nintendo Iran faithful are already hard at work planning their next big Smash event, a more competitive and publicized tournament.

They’re looking into new venues, debating entry fee costs, and training as their favourite fighters. The Switch may be on the rise in the Middle East, but it still has a good number of players to win over in Iran’s aggressive gaming climate. 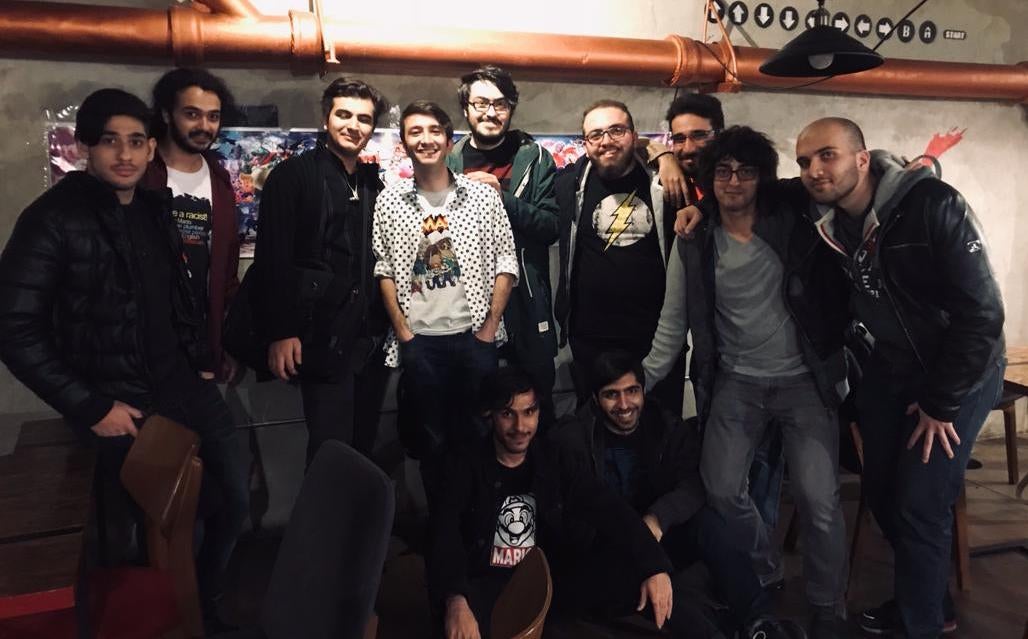 “I think there’s going to be a lot of interest in the Switch in Iran in 2019,” Badvipour said. “With inflation and the crazy prices, it’s hard to be a gamer here, but I hope the Nintendo Iran community will continue to grow. I hope people will see us playing games like Smash Bros. and want to try the game for themselves. I’m very hopeful.”