A Strategy Game That Finally Made Me Take Stealth More Seriously

featurekotaku game diarymutant year zeromutant year zero road to edenrpgstrategyxcom
To sign up for our daily newsletter covering the latest news, features and reviews, head HERE. For a running feed of all our stories, follow us on Twitter HERE. Or you can bookmark the Kotaku Australia homepage to visit whenever you need a news fix.

I’m not very good at stealth games. I like the idea of trying to sneak around undetected, but as soon as I get caught all hell breaks loose.

In real life I’m happy to be a wallflower, but in games I often want to be at the center of the action, or violently creating it when none exists. Mutant Year Zero successfully thwarts that impulse, showing me how dramatic and satisfying stealth tactics can be.

Funcom’s latest, out today, is a strategy role-playing game inspired by an 80s pen and paper RPG from Sweden.. In one instance, my party—a duck, a boar, and a mutant girl—walk up to a dilapidated dock patrolled by ghouls, warped beings with a taste for flesh and uncanny aim with automatic assault rifles.

The ghouls are congregating in small groups, talking shit on us Stalkers, who are weird mutants scavenging the world for materials and artifacts to help humanity rebuild after plague, environmental collapse, and nuclear war. I want desperately just to go up and take the ghouls on guns blazing – not only because of the crunchy, satisfying noises they make when killed but because of the loot and experience doing so earns.

I feel like a cat looking into a koi pond, staring breakfast, lunch, and dinner in the face. 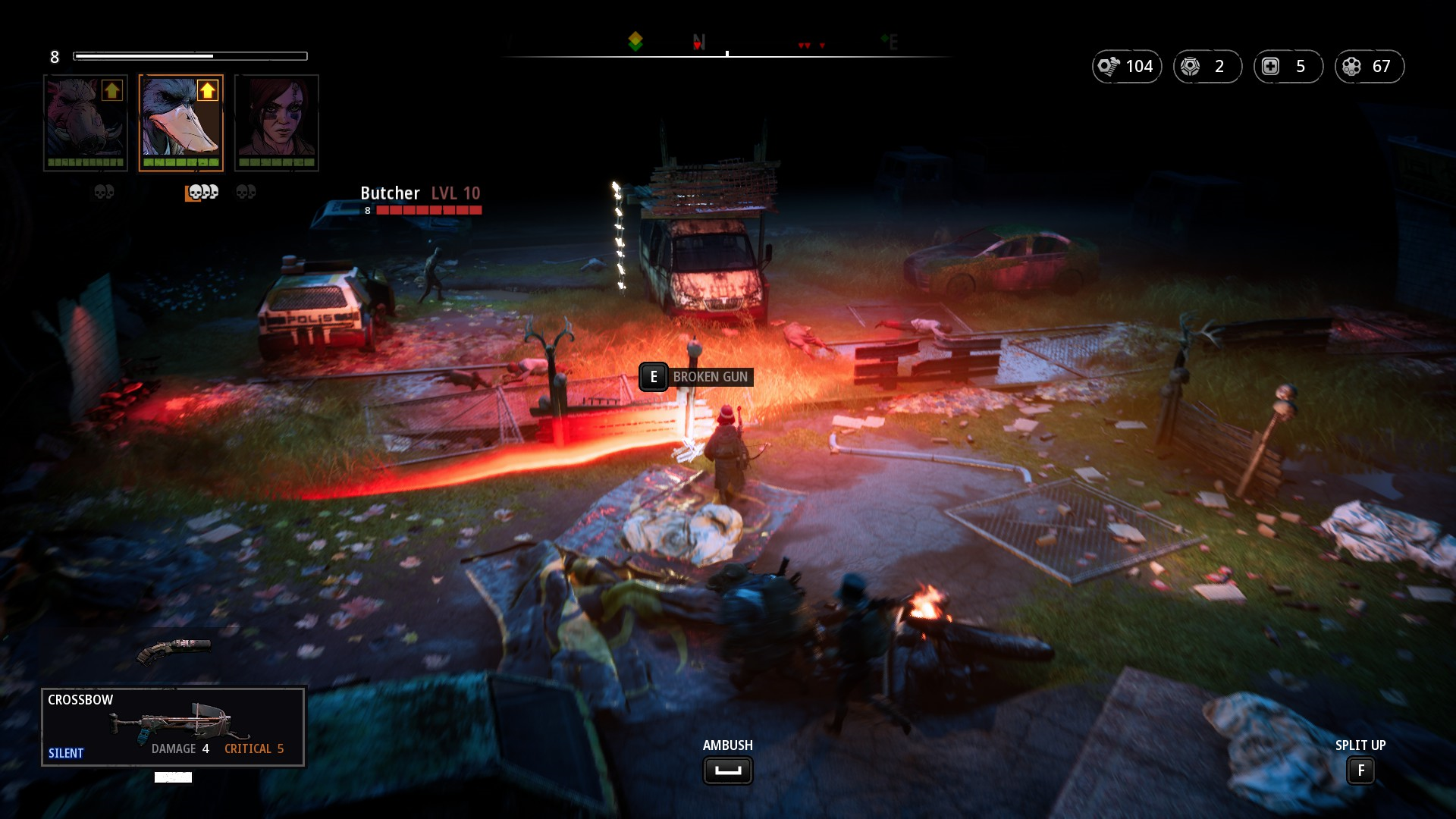 Enemy sight-lines are always made clear, but will grow or diminish depending on whether you have your flash light turned on. (Screenshot: Kotaku, Mutant Year Zero)

In reality, the koi pond is my scraggly band of misfits, and we are the ones surrounded by hungry predators. Even after diligently scoping out the entire map several times over, stealthily thinning the herd of ghouls and planning our ambush from the most advantageous position, I know we’re screwed as soon as the fighting starts. Where I’d expected to be fighting only two ghouls there are actually three.

While we have enough silenced weapons to take down the first two, the second requires a blunderbuss to the chest. It throws him to the ground but doesn’t kill him. He calls for help. Three more ghouls show up. We throw some molotov cocktails and retreat behind better cover. One of the ghouls who shows up is a shaman with a shriek that shakes the rotting forest around us. Even more ghouls show up.

Now my team’s on fire, one of them is bleeding out, and my finger is desperately clicking through to the file menu so I can load up my previous save.

This sort brutal challenge isn’t unique to Mutant Year Zero. XCOM’s fights are also punishing, with small mistakes metastasising into fatal ones. But unlike XCOM, Mutant Year Zero gives you more control over how fights arise.

While its skill trees and combat will be familiar to most people who have played other tactical role-playing games, Mutant Year Zero also features real-time exploration, similar to an action adventure game. Back when I previewed it at E3, I described its dungeon exploration, a lot of which includes searching for loot, as Diablo-lite. Between initiating combat with enemies, either by ambushing them or getting spotted, you can explore the level you’re on to get the lay of the land.

By waiting until enemies are alone you can initiate combat with them, kill them silently, and then go back into adventure mode. As a result, much of Mutant Year Zero revolves around trying to engineer enemy encounters so the odds are as stacked in your favour as possible.

Health packs are few and far between, and you don’t heal on your own, adding an even greater incentive to come out of fights without getting hit. 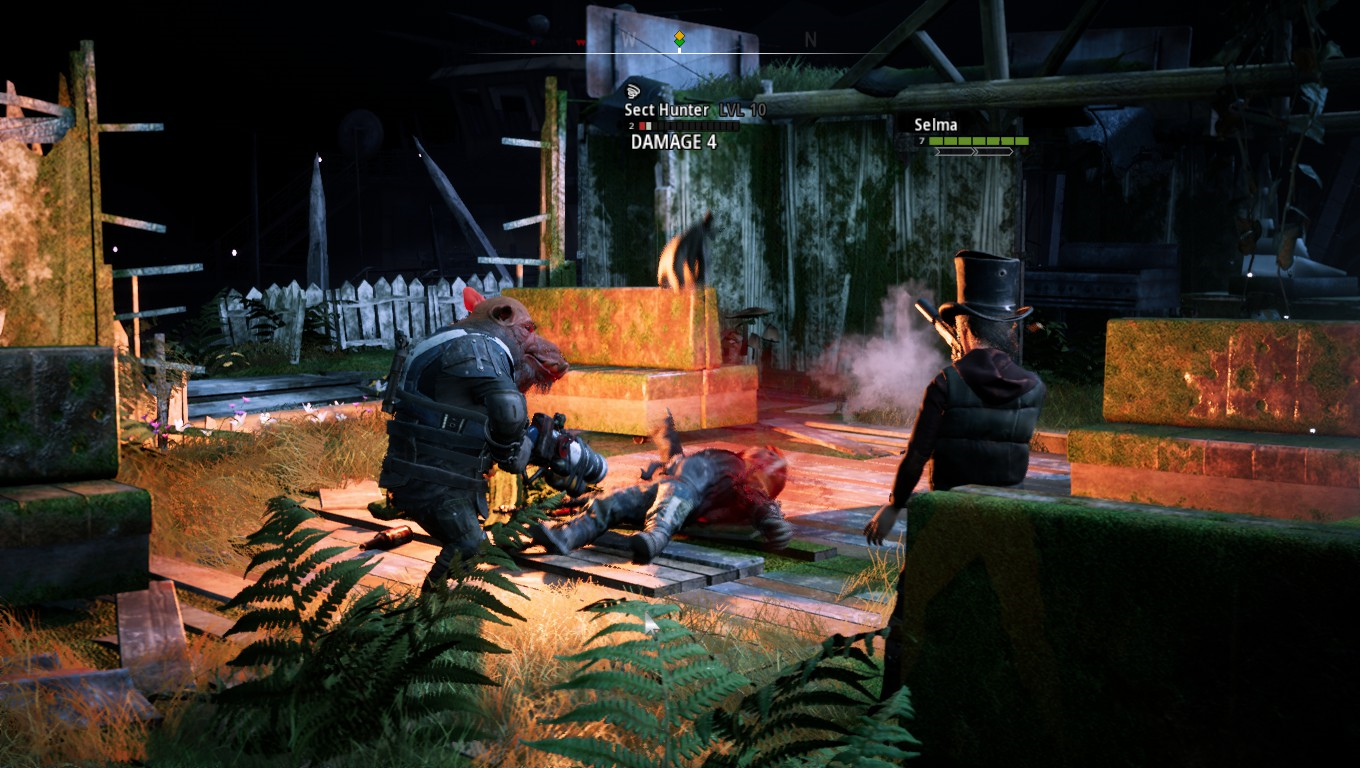 Normally I might find this amount of meticulous pre-planning frustrating, but Mutant Year Zero is too precise and streamlined to feel tedious, providing a handful of trade-offs to consider in any given situation rather than a continuum of distinct choices without meaningful differences.

One of my favourite things about Mutant Year Zero is that the accuracy of attacks is measured in increments of 25%, all the way up to 100%, freeing me from having to weigh the significance of shooting from behind cover with 69% accuracy or from out in the open with 77% as in some other turned-based strategy games.

In the beginning I was worried this might leave the game feeling incomplete or like it was missing content, but after about five hours the game’s clear, unadulterated focus feels like a virtue rather than a shortcoming. Character loadouts feel just customisable enough to make an impact on how you explore and fight without getting lost in granularity. The soundtrack and ambiance of the world feel unique and evocative despite the nondescript presentation overall.

From its grungy anthropomorphised heroes to its XCOM-lite combat system, Mutant Year Zero: Road To Eden looks like a typical mid-tier Steam game (it’s also on PS4 and Xbox One). But if you like talking animals, thinking strategically within the confines of a grid, and contemplating the potentially grim future of the planet, Mutant Year Zero is more than worth checking out.