It turns out that some of the data shown in these videos can also be used to reverse-engineer how many people have played certain PS4 games, shedding some light on a subject that game publishers normally keep secret.

In a post over on the PS4 subreddit, Reddit user gamestat explains how each of these My PS4 Life videos includes the total number of trophies earned in a particular category for a particular game.

Since the percentage of a game’s players who have a specific trophy is already publicly available on the PlayStation website, it’s possible to combine the two pieces of information to get the total number of players a game has on PS4.

For example, one of the videos says that 15,448 players have the platinum trophy, Andromeda’s Finest, for Mass Effect: Andromeda. According to the PlayStation website, that trophy has a .7% completion rate.

That means that approximately 2,206,857 people have played the game on PS4. Gamestat has been using this method to create a list of player numbers for various games, and while it’s not comprehensive, it does offer an interesting look at the platform that goes far beyond the NPD Group’s vague monthly rankings of game sales.

It’s important to remember that this player data isn’t a one to one match for total sales of a particular game. Games which were discounted or temporarily free with a paid PS Plus subscription will have inflated player counts.

The player counts will also be skewed since it’s possible for more than one PlayStation Account to play a single game on a single PS4. Used copies of games also make it impossible to equate player counts to actual sales. 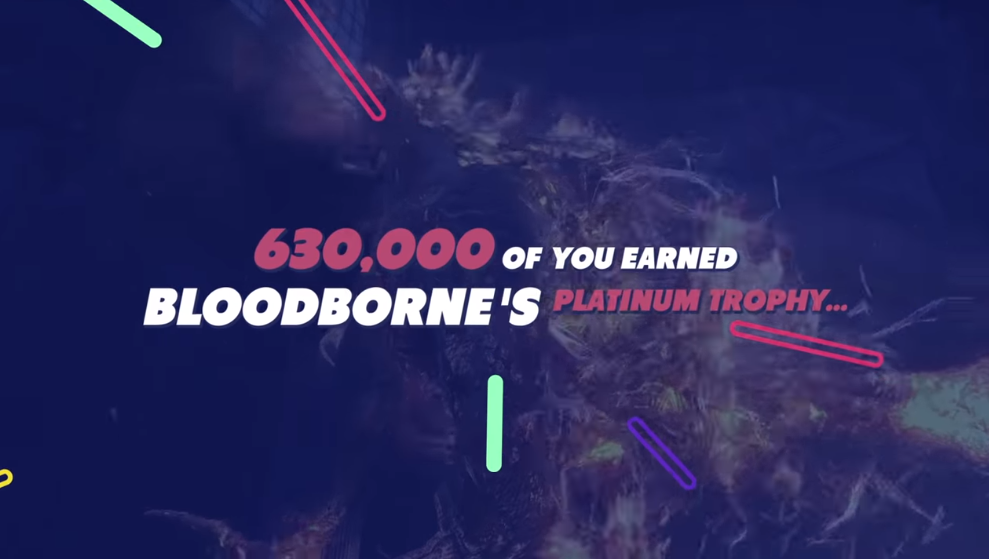 Here are some of the other player counts:

The list is still missing most PS4 games, including some big ones like Spider-Man and God of War, but it’s likely to grow as people share more and more of their My PS4 Life videos, assuming Sony doesn’t quickly remove the trophy numbers.

In either case, the data offers some brief but fascinating insights into what people are playing on the platform, as well as what they aren’t.