Red Dead Online’s economy is based on two currencies: cash and gold bars. At launch, it was only possible to get these currencies by playing the game but gold also became available today as a premium currency purchasable with real money.

At launch a wide variety of things could be purchased for gold, including outfits, horses, a fishing rod and horse insurance, the last of which allowed your horse to respawn instantly after it was killed rather than make players wait to recover their injured horse at a nearby stable.

After some tweaks over the past week, horse insurance and fishing rods are purchasable with virtual cash earned from gameplay, while a range of other items are still listed with gold prices only. 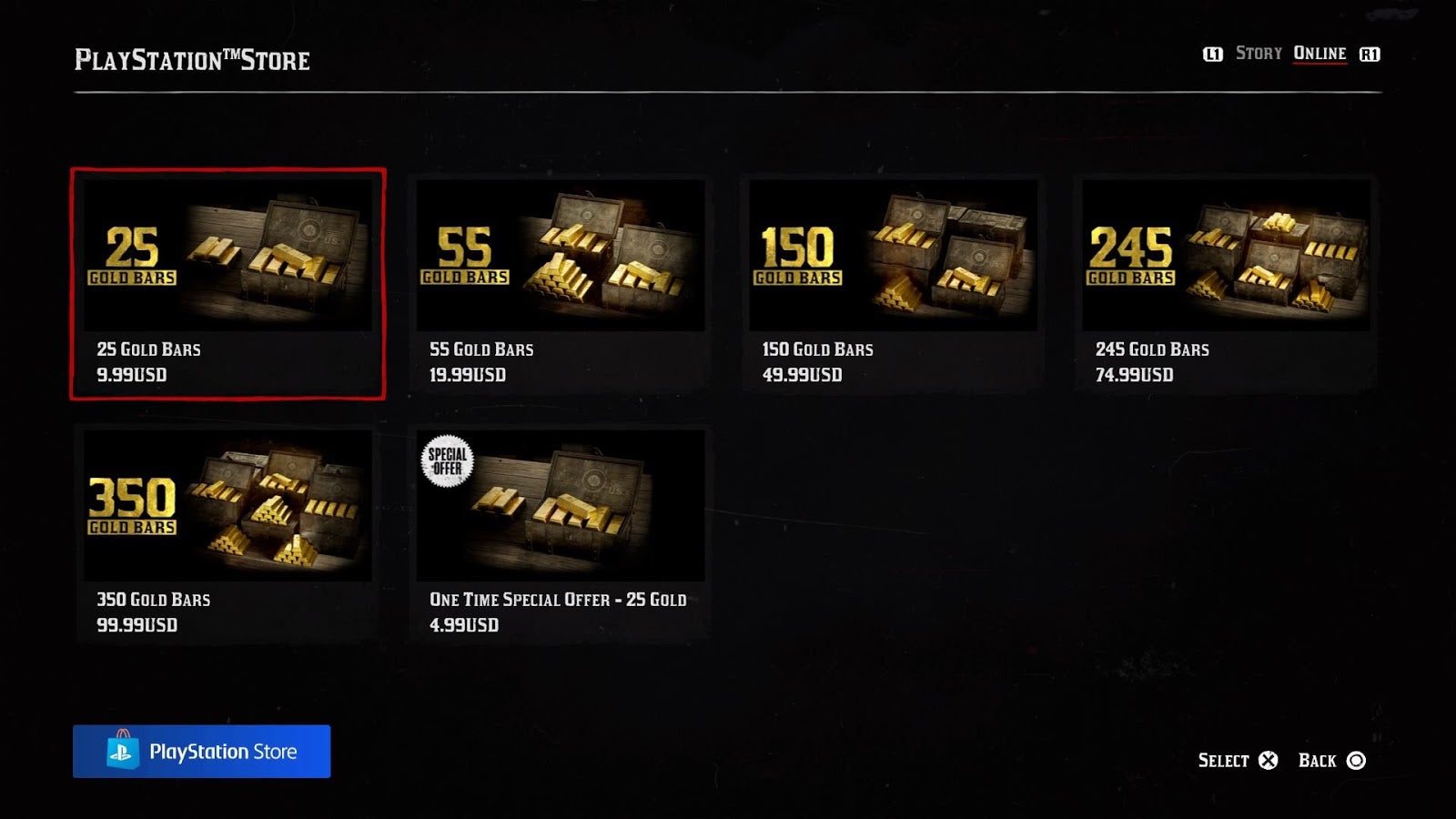 Players can also still earn gold just by playing the game. In order to get a bar of gold, you needed to collect 100 gold pieces earned through events like horse races and multiplayer deathmatches. Early player estimates calculated it would take eight hours to earn a single bar, though that appears to have been improved as Rockstar has tweaked the game.

Gold is required for certain items and customisations. If you want to spruce up your Cattleman Revolver entirely with nickel plating, that costs 6 gold bars. Make every bit shine with gold plating, and it’ll cost 30 gold bars.

If you want a fancy Black Arabian horse that has more stamina than most, it’ll cost 42 bars. These more expensive flourishes are prestige items, yes, but players inclined to acquire them quickly might find themselves buying a gold pack or two.

And yet, gold has lost more and more value as Rockstar reacts to player concerns about the economy. Players who log in before the 20th will automatically receive 15 gold bars, which is handy for buying whatever fancy hat and jacket combination they’ve been eying. Horse insurance no longer costs gold bars and goes for the more easily attainable virtual dollars, with the price varying by horse.

The game has already changed to make gold less necessary. If I can buy a perfectly fine horse by playing missions and insure it, what’s the point of dropping nearly 20 dollars worth of gold? 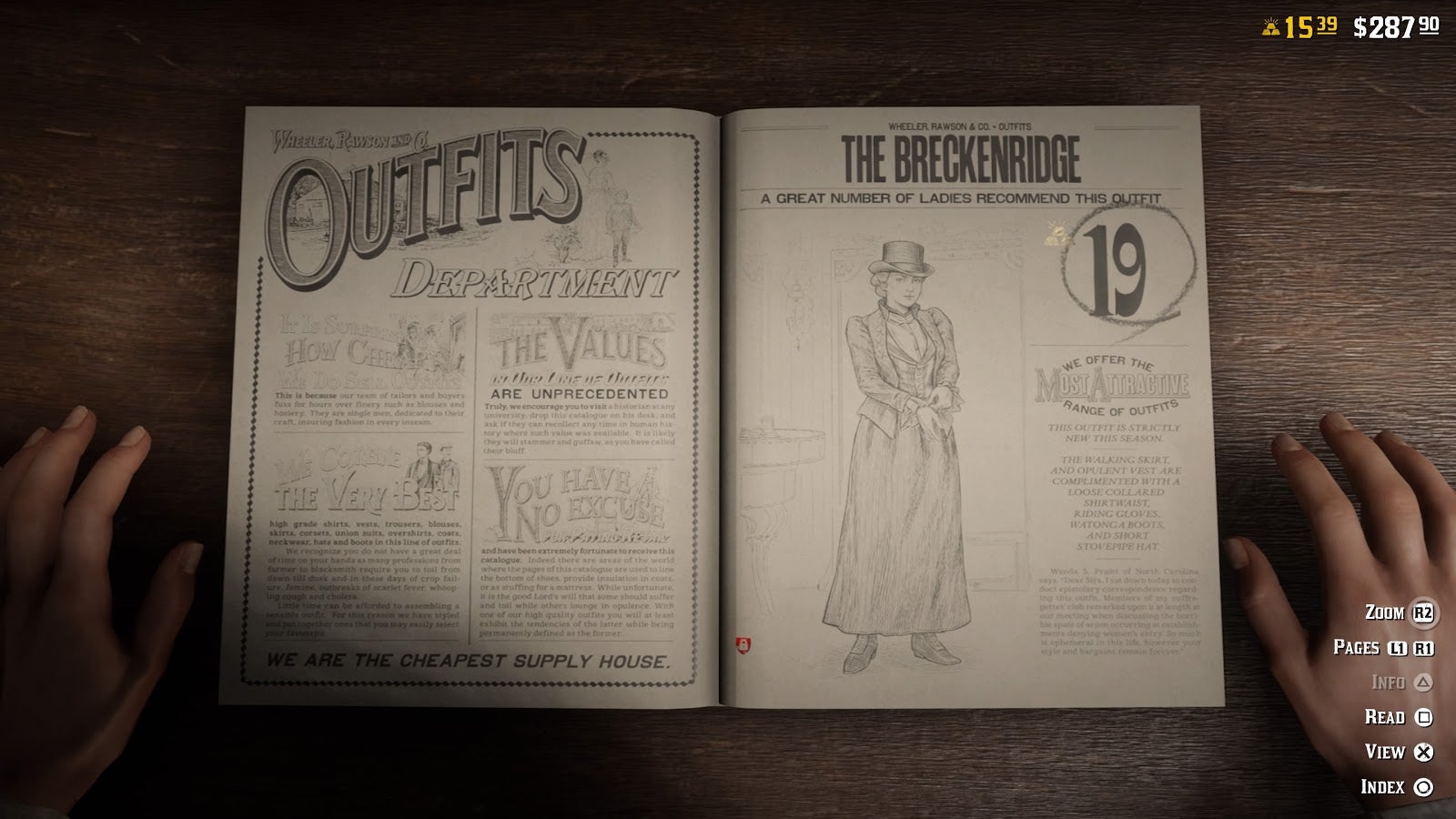 This isn’t to say that Red Dead Online’s economy is perfect. Certain items are still very expensive. A semi-automatic pistol costs $537 in-game cash, and a sniper rifle costs $411. This can be achieved with some grinding, but it’s still steep compared to the cost for such weapons in the game’s main campaign.

Costs have always been strange in Red Dead Online: at launch, a can of beans sold more than stolen gold rings. Rockstar has responded to player concerns with adjustments and continued handouts for loyal players.

The end result is an economy where some players will be tempted to buy gold even as the real-world cost make it a specious decision, and where others will find little value in the currency. So, yes, you can now buy in-game gold, but players don’t really need it.