Ingenuity is a child’s greatest asset and most dangerous weapon. When you’re small, you aren’t aware of limits yet, because you haven’t bounced off them like a dog on a sliding door. The only limit you have is your imagination.

NSFW Warning: This post contains brief, classy cartoon nudity of the sort you might see in a fancy European art museum.

I used to make toilet paper wedding dresses for my Barbie dolls, held together with sticky tape, staples, and small, chubby child hands. Although I had a fair few actual Barbie™ brand lady dolls, I had no Kens. I did have one, singular male doll: Dimitri from the Dreamworks animated film Anastasia. Poor Dimitri was a sheep amongst lions, and all the lions were me, in plastic, 30cm form, descending upon him like thirsty bachelorettes on a handsome waiter. 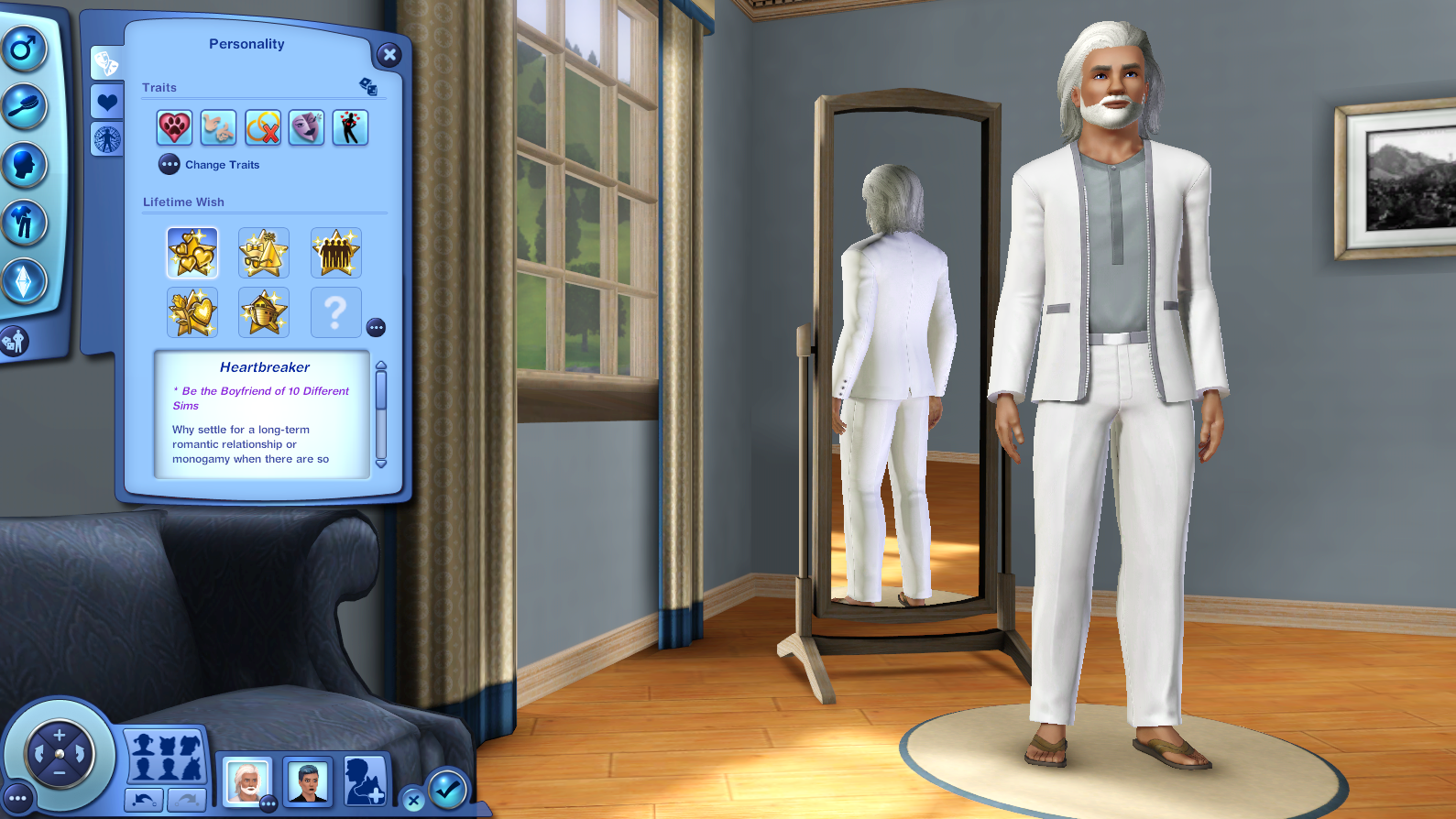 These images are all from Sims 3, because I realised I don’t own The Sims 2 anymore, which is not surprising given that my copy was a 12-disc pirated version (with custom Sharpie art) that took me several days to create.

But then came The Sims, Will Wright’s adventure in life simulation that quickly spiralled from a weird experiment into one of the best-selling games of all time, and I realised that my limitless play had somehow become even more limitless. My Barbies moved without my input, and there was suddenly more than just one solitary man.

The original Sims game came and went, and The Sims 2 came out, with more possibilities and power than the first by a long, long way.

By this time, I was just cresting over the hilltop that is pubescence, and hormones raged inside me, one part anger and infinite parts poorly-controlled randiness.

Of course, being the absolutely awful dork-child that I was, my first thought was not a tiny-fist-clenched, all-consuming need to make the sims fuuuuuck. Instead, I decided that I would make an accurate representation of the Ancient Greek pantheon of gods, writ small in janky AI humans.

I mean, there was fuckin’. But at least I had the flimsy excuse that this was sort of educational. 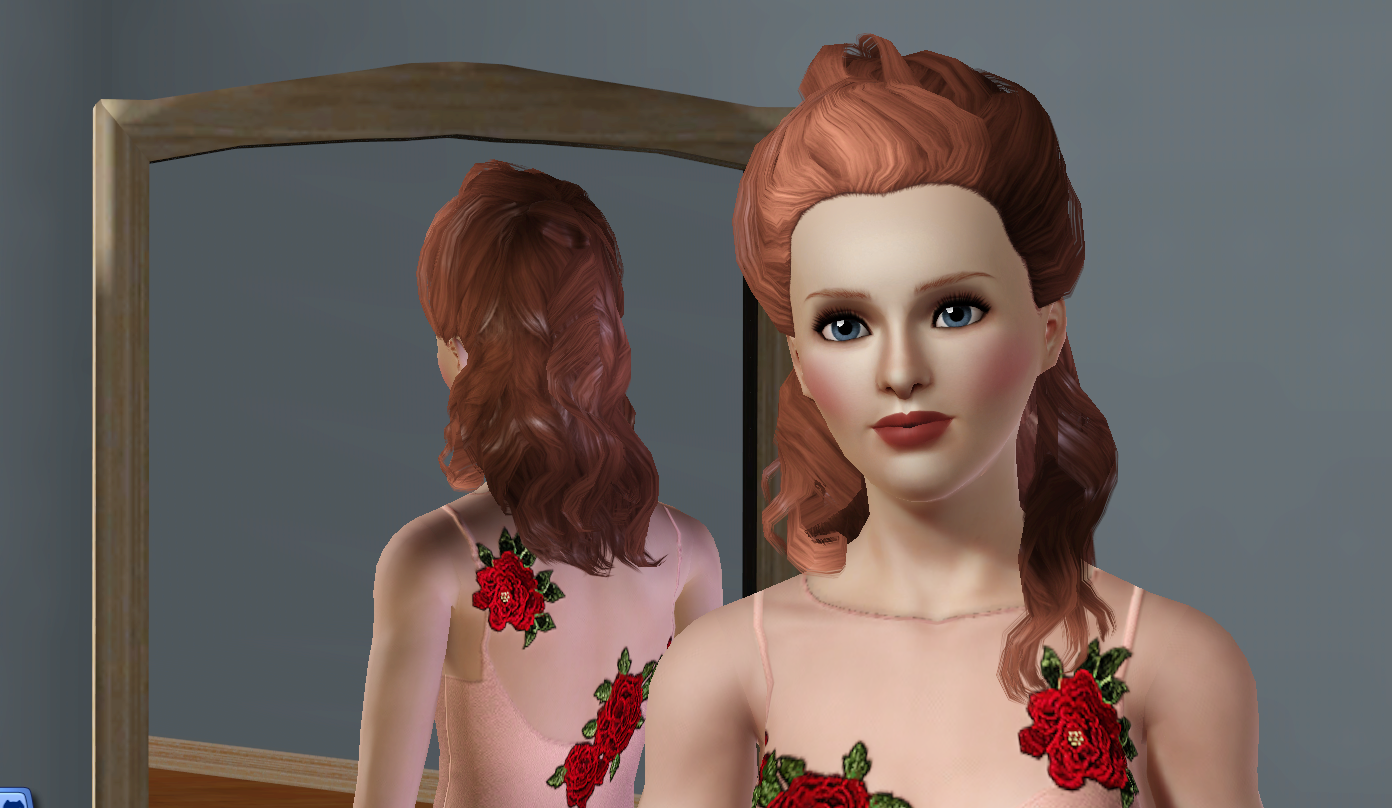 It’s Aphrodite, Goddess of Love and Looking Really Hot All The Time! 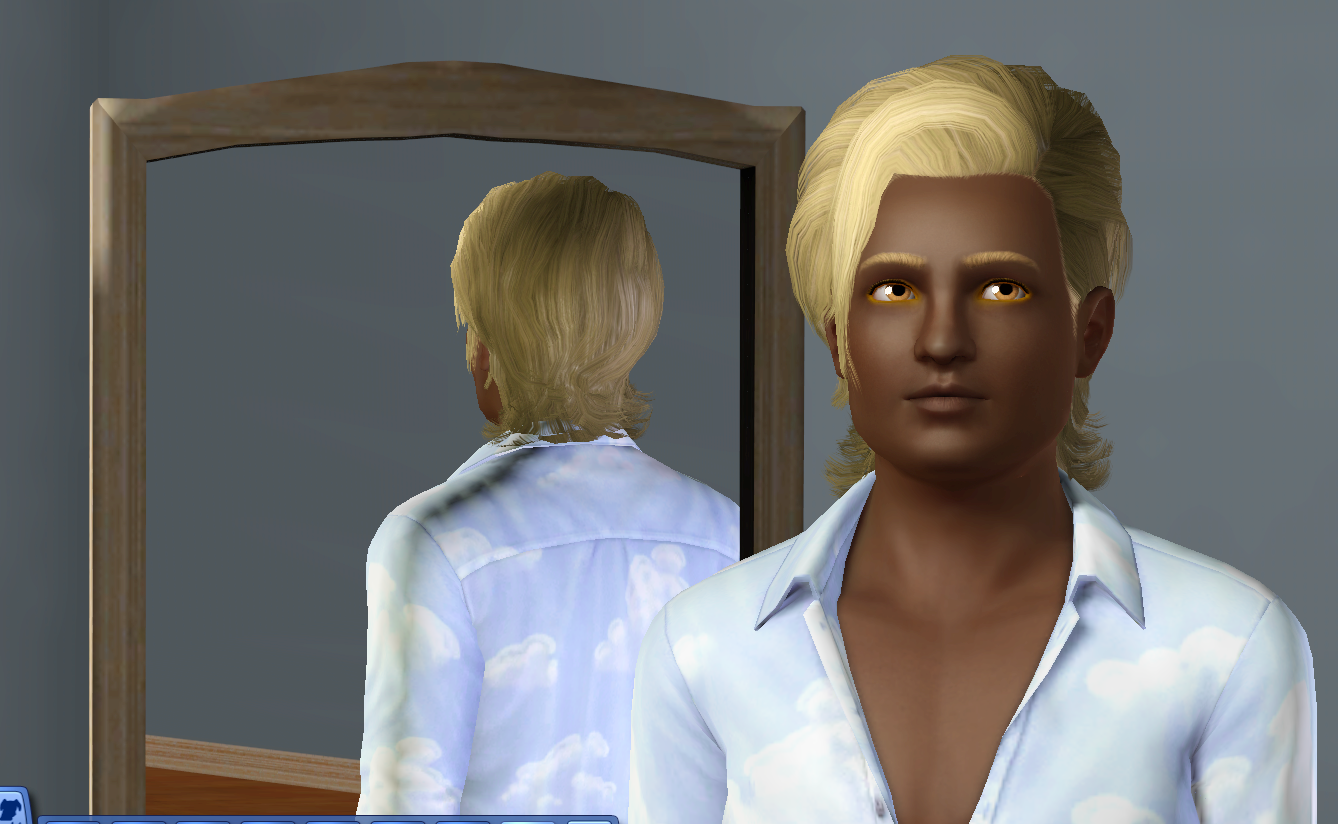 Apollo, with his golden hair. Also his shirt, which has a cloud pattern. Details are important. 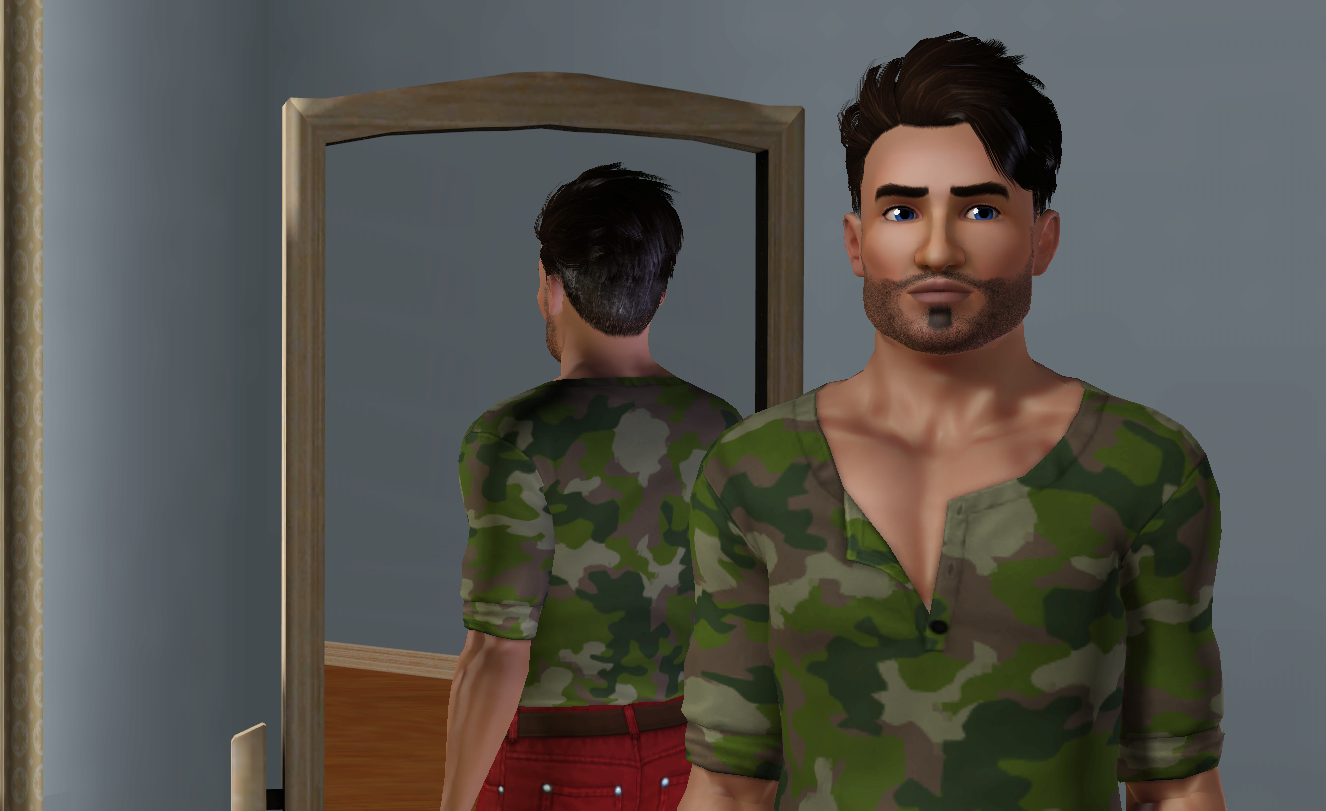 I always pictured Ares as a douchey army jock bro with a jaw wider than his shoulders. 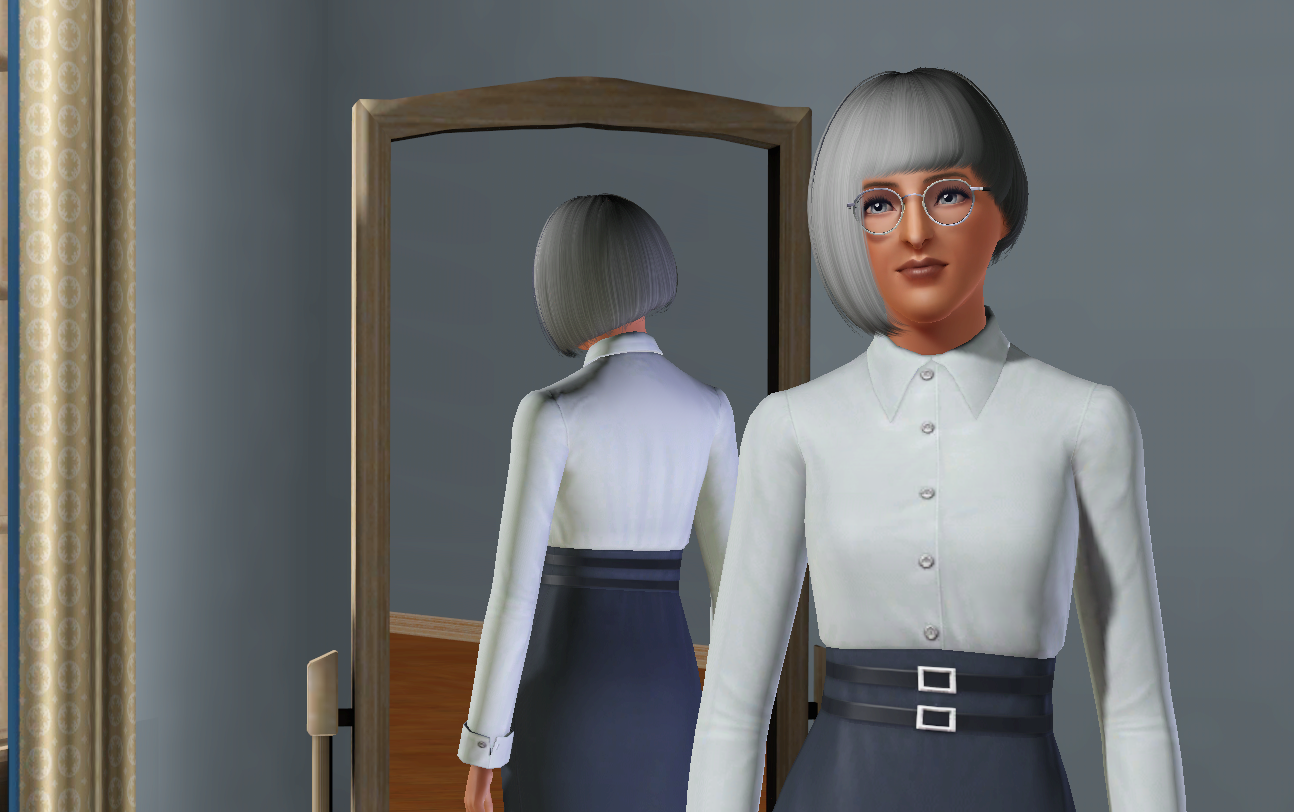 I won’t lie: I’m a little bit very much attracted to this version of Athena. 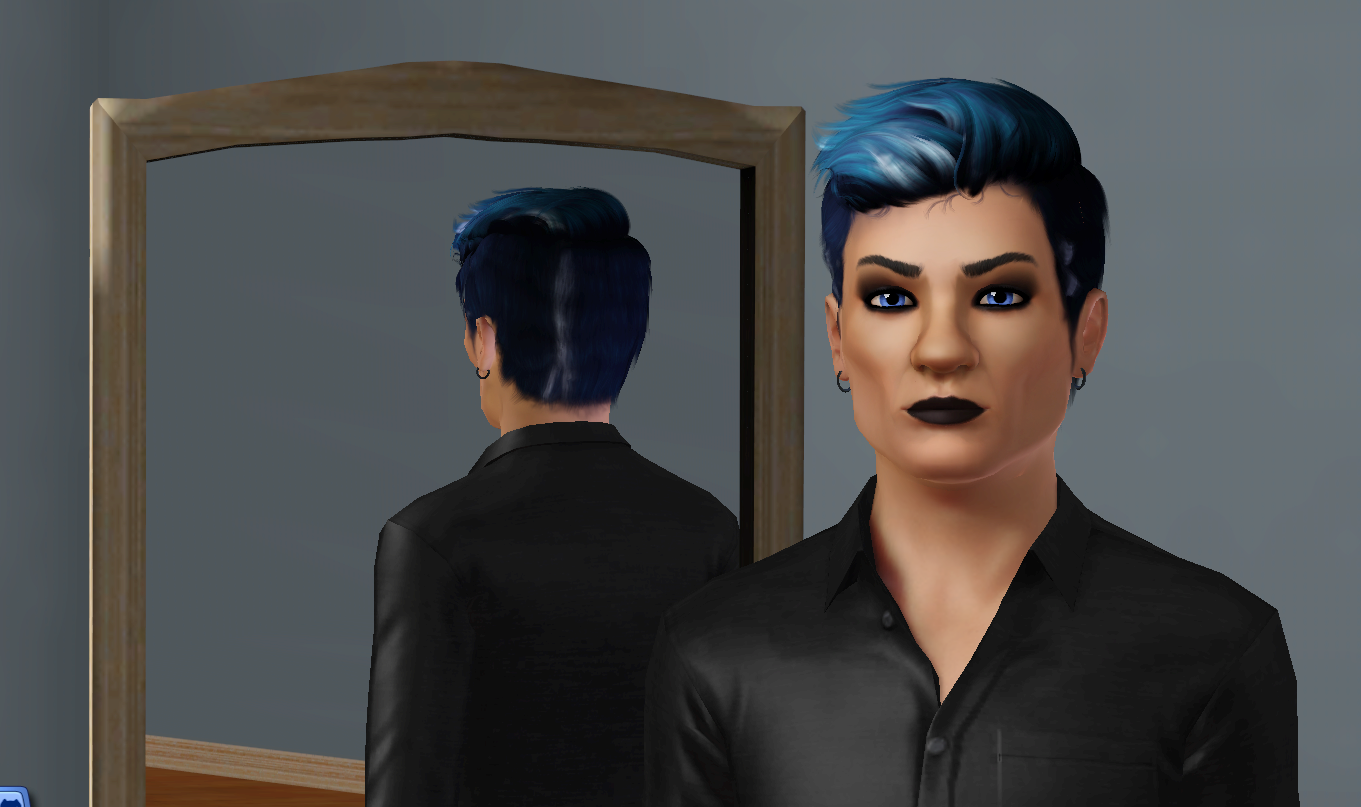 YOU HEARD IT HERE FIRST, FOLKS: EZRA MILLER IS HADES. WHO KNEW? 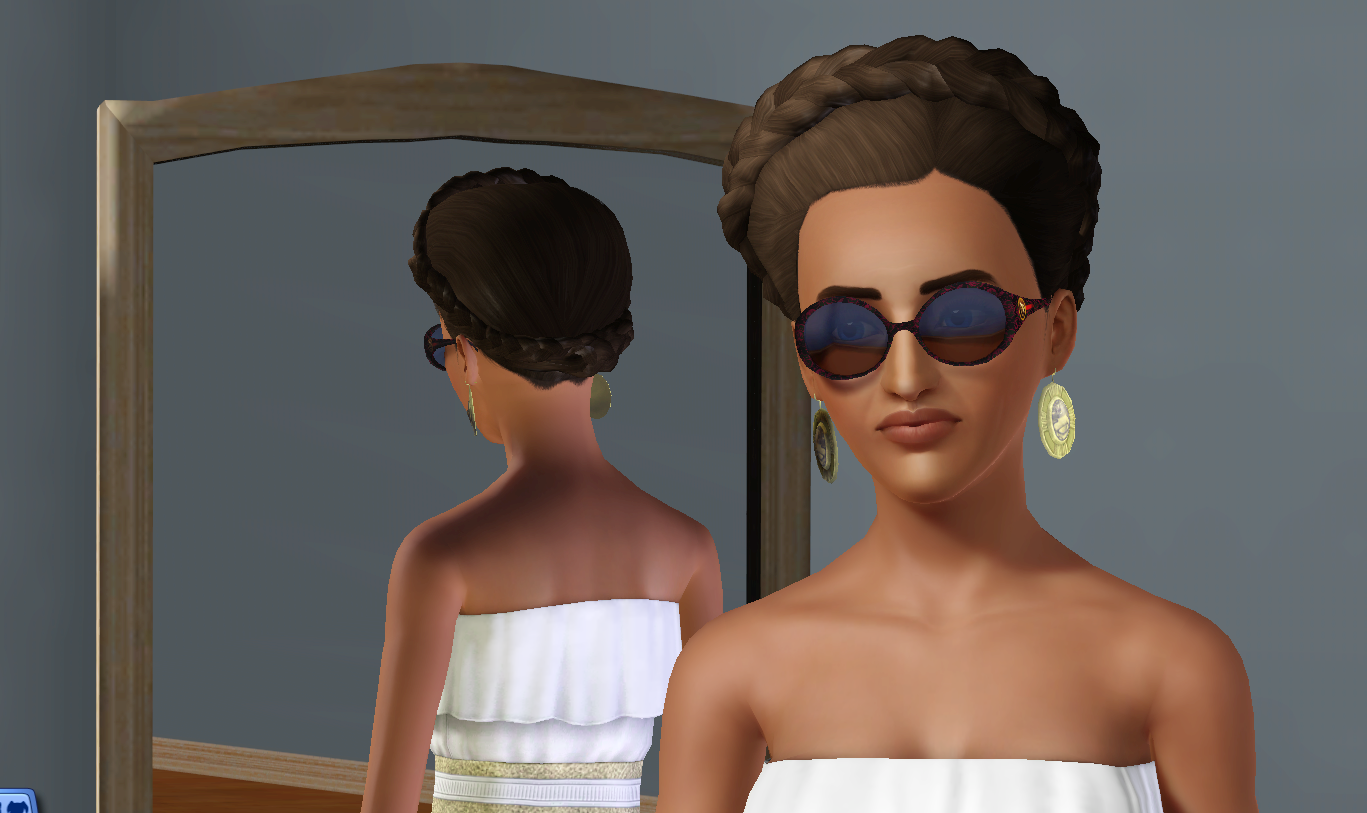 I love Hera. She could definitely poison your cosmopolitan and you’d be grateful for the attention. 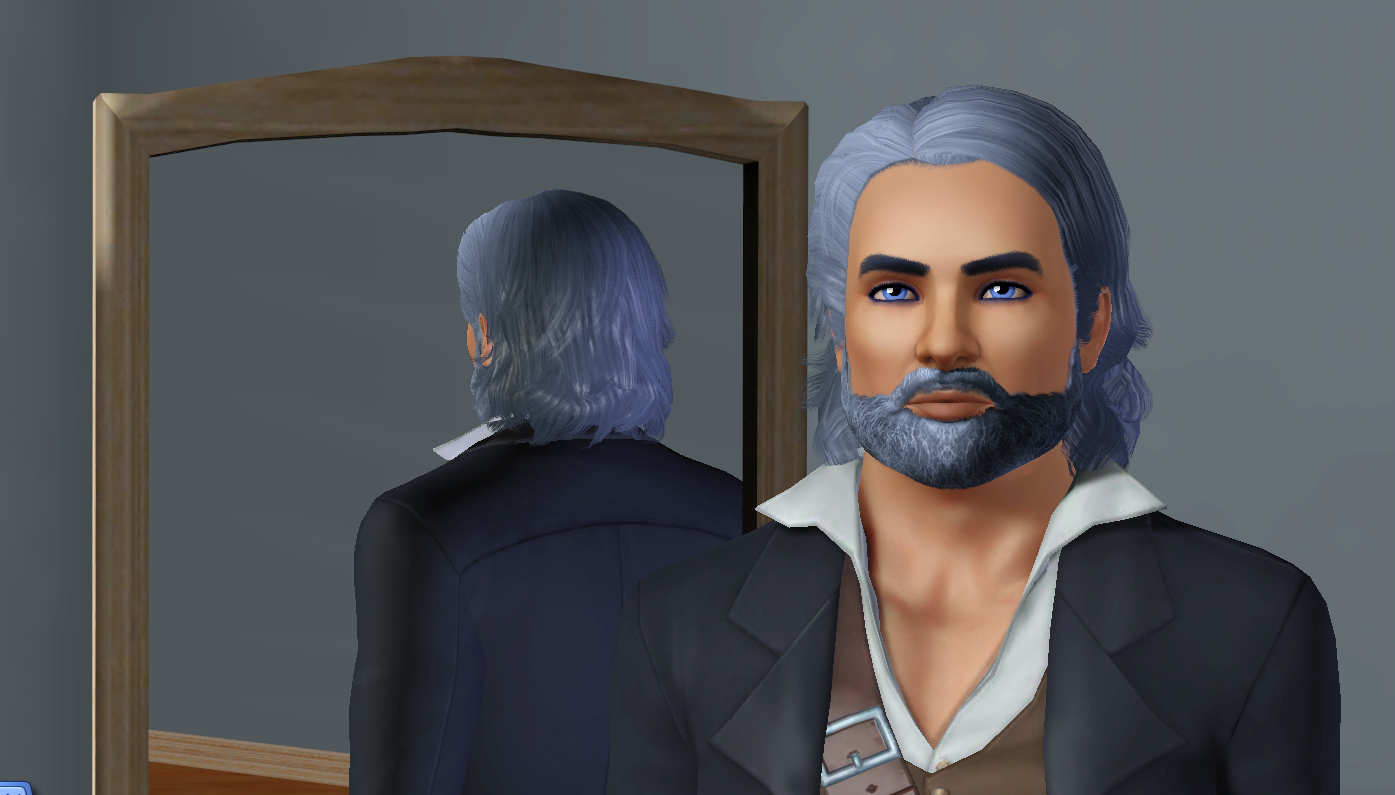 I just don’t like Poseidon enough to care, so I made him into a pirate. Pirates like the sea. Whatever. 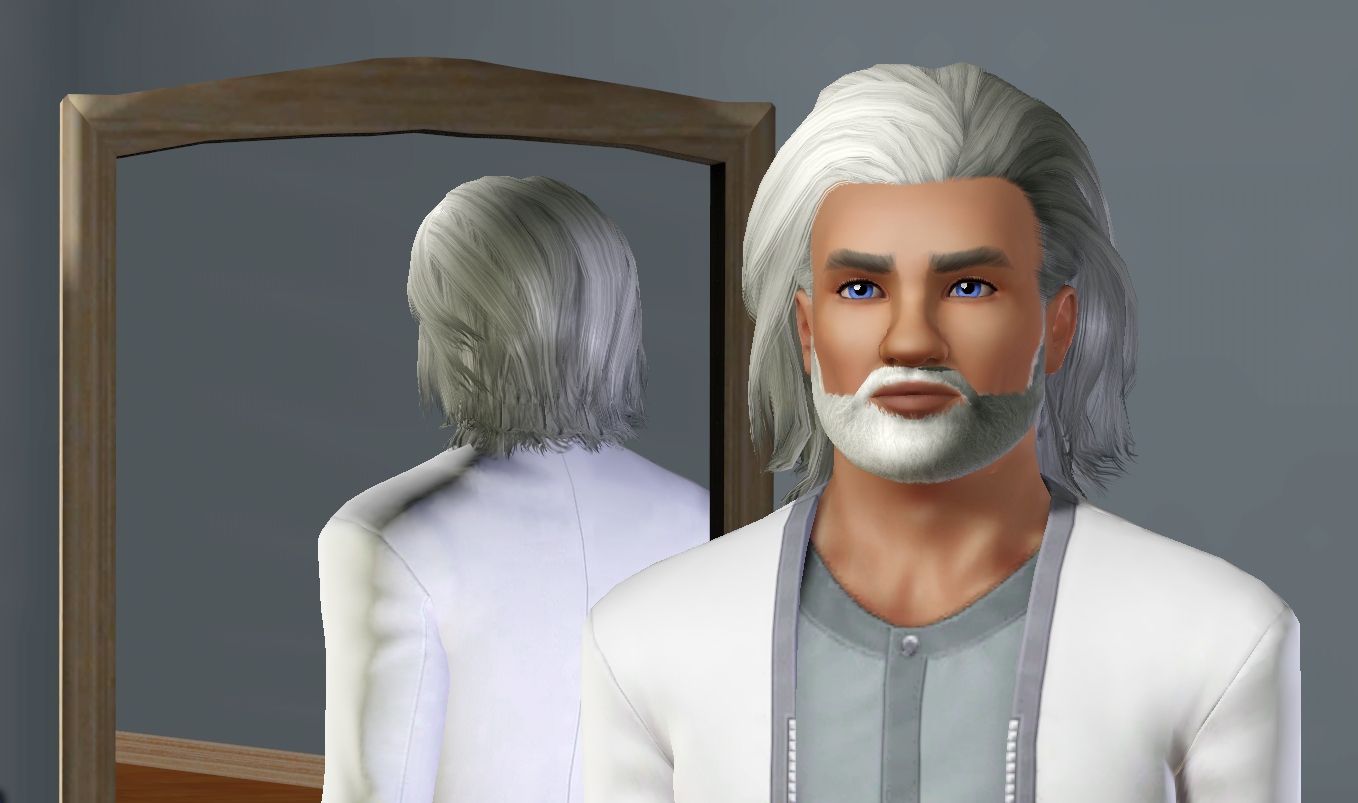 Ol’ Zeusy boy, looking a lot like Steve Carell from Evan Almighty. Not that that’s a bad thing, mind you.

I began nonchalantly enough, by creating the original gods: Chaos, the father of all, then Gaia, the earth, Ouranos, the sky, Erebus and Nyx, darkness and night, and a bunch of other, more forgettable gods. Next, the Titans, children of the primordial deities, and from them, the Olympian gods we all know and love: Zeus, Poseidon, Athena, Hades, and all the rest.

That’s where it started to get really messy. See, the gods of the Ancient Greeks had somewhat limited romantic options, which meant that they’d eventually end up making babies with their siblings. Unsurprisingly, The Sims doesn’t allow that. Also unsurprisingly, mods exist to make that possible. 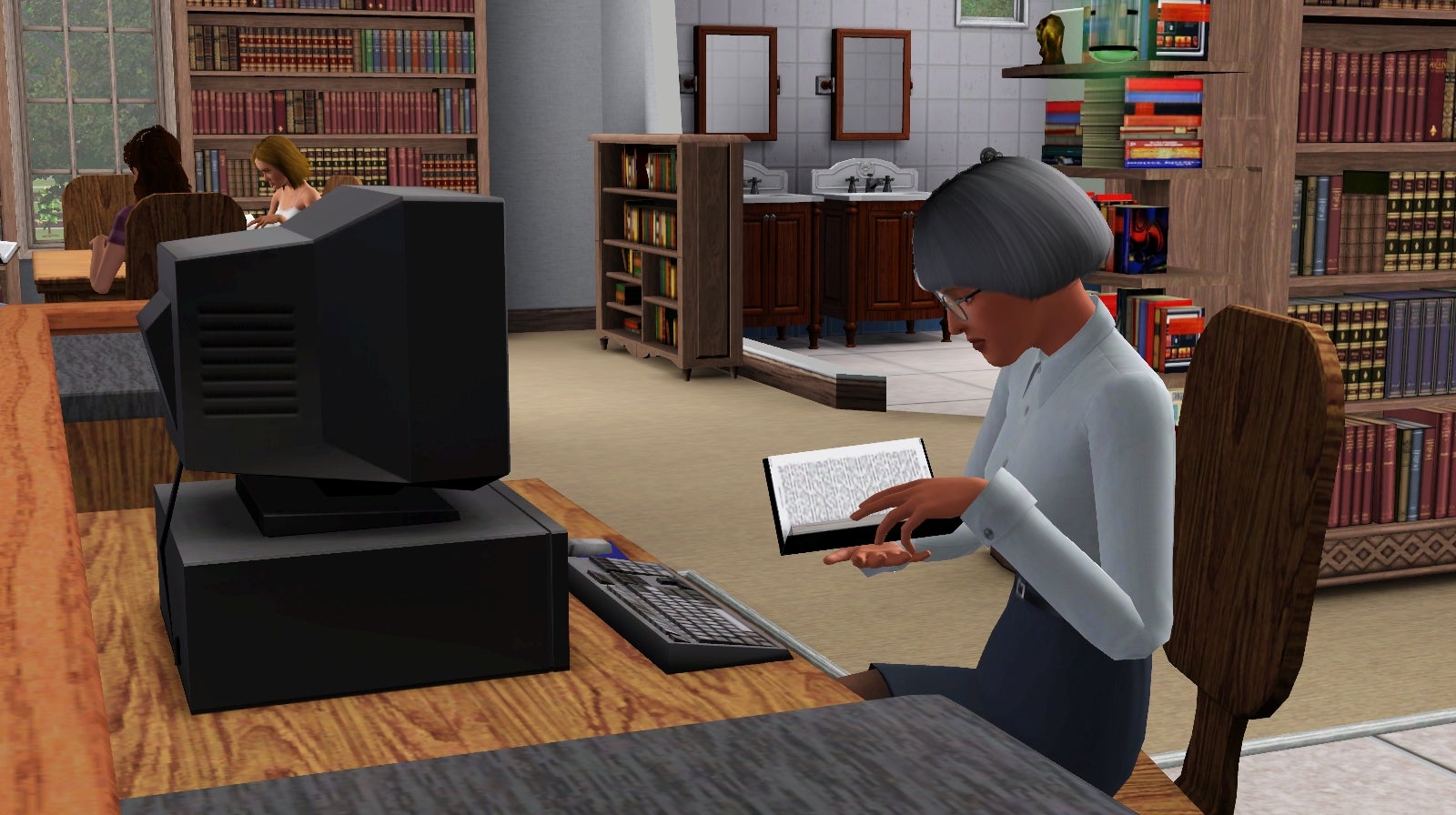 Athena doesn’t have any children, so here she is, chastely reading.

And so, I downloaded mods with names like “Closer Family” and “Insiminator,” which allowed me to bend the laws of nature just enough to spawn some fucked-up children. But incest is far from the most complicated genealogical origin of the Greek gods, and I found myself searching for mods that would allow me to create Aphrodite, whose myth – as depicted in Botticelli’s The Birth of Venus – states that she was born when Ouranos was castrated by his son-brother, Kronos, and sprouted fully-formed from the spermy sea-foam.

Turns out there isn’t a mod for that. Nor is there a mod for Dionysos’ traumatic birth, in which his mortal mother basically exploded upon looking at Zeus’ true form, and he was forced to cut out the foetus Dionysos and sew him into his thigh. 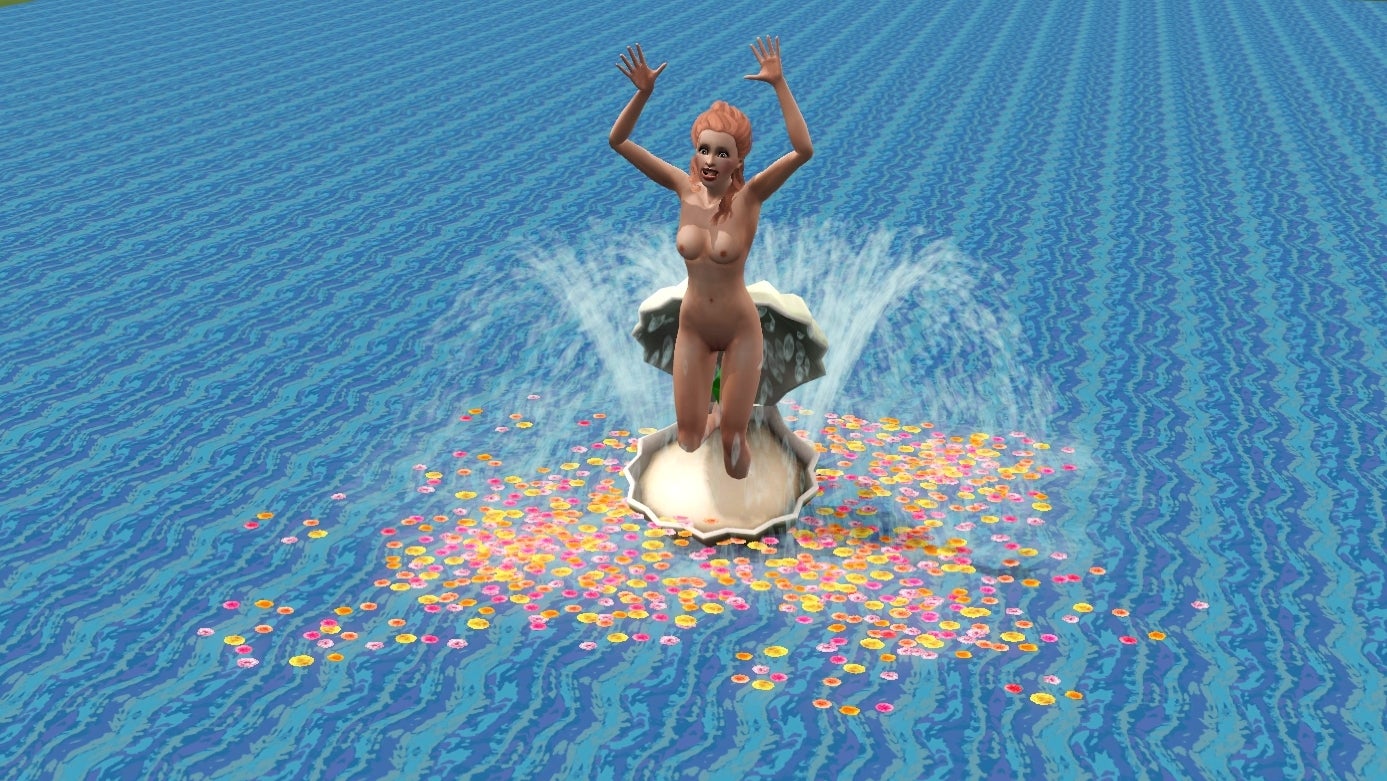 I recreated The Birth Of Venus in The Sims 3, and honestly, I think my career peaked here.

My shame and horror at watching teenage Zeus ploughing his teenage sister-wife, Hera, who would then attempt to murder a bunch of other women out of jealousy, was eventually too much to bear.

It was Lord of the Flies in there; like going to pick your kid up from daycare to find all the teachers tied up around a fire, and the children dancing around them, covered in blood and chanting.

Unsurprisingly, I gave up, deleted the file, and called it a day on trying to recreate the horrors of divine doinking. But even though it was far more traumatic than just smushing Barbie dolls together, I still think about it from time to time.

Now I’m an adult, I know my limits, and I also know wayyy more about the gross parts of the internet – so I think I’d do a much better job. Stay … tuned?