Anime Movies Are Finally Getting The U.S. Theatrical Releases They Deserve

movies
Facebook may have decided that you shouldn’t see the news, but we think you deserve to be in the know with Kotaku Australia’s reporting. To sign up for our daily newsletter covering the latest news, features and reviews, head HERE. For a running feed of all our stories, follow us on Twitter HERE. Or you can bookmark the Kotaku Australia homepage to visit whenever you need a news fix.

Just a couple decades ago, anime fans would pore over Japanese dictionaries to hand-translate subtitles for their favourite anime films, which they’d disseminate over IRCs and password-protected forums. Over the last couple of years, those same fans to see marquee displays for “SPIRITED AWAY” and “YOUR NAME” hanging above their local brick-and-mortar movie theatre.

More and more American theatres are screening new and old anime movies, a welcome change for fans tired of pirating anime on their tiny MacBooks.

It’s true that in 1999, kids lined up outside theatres for the 75-minute feature film Pokemon: The First Movie, a viewing experience my mother cites as the number one most challenging thing she did as a parent next to giving birth. Also, in 2002, Hayao Miyazaki’s Spirited Away — with meagre marketing — was shown at 151 theatres a year after its Japanese release, but grossed $8 million.

Yet between the big releases, anime films used to be a rare sight to see in a U.S. theatre — outside of film hubs like New York or Los Angeles. What we got was almost always accompanied by the words “limited release”.

Things are different now. After the enormous success of anime films like Your Name, which earned $2 million its opening weekend in 2017, the floodgates have been opened.

Along with the excitement of participating in a cultural moment — the release of a movie to a large audience — fans can experience a lot of these films the way they’re meant to be seen: With booming sound, high-quality video and the cinema atmosphere. 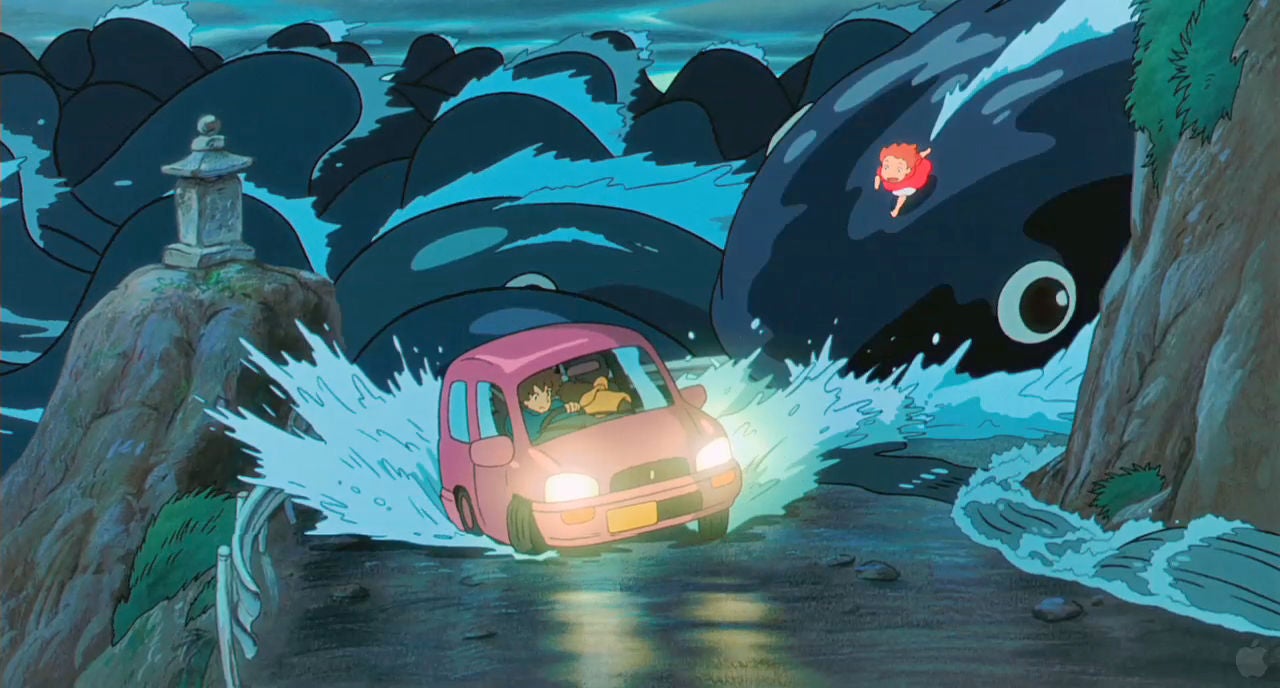 The 2018 love story Mirai, a critical hit, is still showing in theatres across America, as well as in Victoria and NZ.

We’ll have yet another year of the Studio Ghibli Fest, a nationwide event that will bring nine Studio Ghibli movies — Ponyo, Pom Poko, Princess Mononoke — to middle America as well as the big cities. Even in Australia thanks to Elizabeth Picture Theatre. In 2017, the Ghibli fest earned $7 million at the box office. In 2018, that number grew to $9 million.

“For so long, many titles could only be viewed on imported VHS/ DVD/ Blu rays, or fan sites that people may or may not have stumbled across,” Deulley continued. Theatrical releases allow audiences to “enjoy their favourite characters or relive classic scenes on the big screen in a packed auditorium with other fans.”

It’s not just that there’s a greater hunger for anime movies in theatres. American distributors are also getting the rights to more anime. In 2017, boutique animation distributor GKIDS took over most of Studio Ghibli’s distribution rights from Disney (GKIDS had acquired theatrical rights in 2011). Disney got worldwide distribution rights in 1996, a little before the release of soon-to-be-classics Princess Mononoke and Spirited Away. In 2017, GKIDS released half of Hayao Miyazaki’s film output on Blu-Ray. 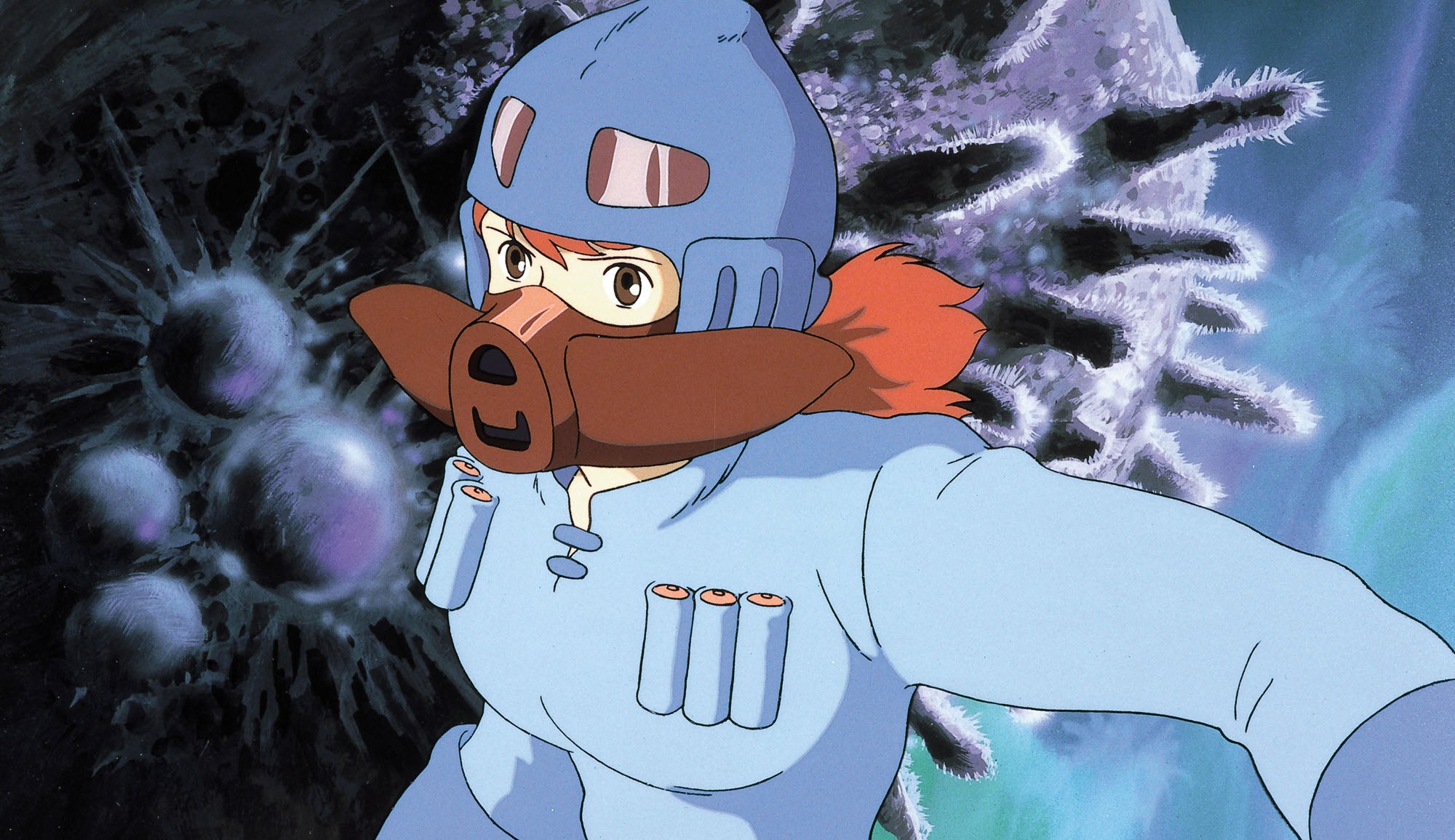 GKIDS president David Jesteadt was managing a video store before he began working in GKIDS’ distribution department. At that time, it was a tiny company distributing foreign animated films. Ten years later, at age 33, Jesteadt is helping to head some of the biggest theatrical and home theatre anime releases the U.S. has ever seen. Studio Ghibli, he said, trusts GKIDS to do things right.

“We started theatrically re-releasing a lot of their films which were previously unavailable,” he explained over the phone. Studio Ghibli values theatrical experiences above all else, he said, because “that’s how the films were made to be seen.” If you’ve ever seen Nausicaa in theatres, you know what the booming techno soundtrack does for its skyglider chase scenes.

Studio Ghibli also cares about film format, according to Jesteadt. “They wanted [us] to show the films in 35mm. It was very important for them to have the opportunity for the audience to see those like that on a large screen… They’re a company that deeply respects how things are done, not just being commercially or financially oriented. They want their films treated with care and thought and with a unique appreciation for what makes them special.” Image: Lu Over The Wall

Jesteadt said that while he has “nothing but respect for Disney and what they were able to do for the Ghibli catalogue,” they’re a large studio that has multiple blockbuster films every year. “They have a lot going on. Being able to build from the ground up and say how are we going to get these films seen in theatres has been an interesting challenge for us.”

Ghibli isn’t the only name on the block at GKIDS, but it is the most mainstream. Another of the company’s special projects has been theatrically releasing the films of mastermind director Masaaki Yuasa. Last year, Yuasa made both Lu Over The Wall and Night Is Short Walk On Girl, the latter of which I have described as “the best anime movie in memory.” Both movies had theatrical releases.

It was a spectacular thing for fans of the lesser-known but beloved director, especially since his 2004 psychedelic masterpiece Mind Game didn’t get a U.S. theatrical release until last year (again, thanks to GKIDS). Sadly, a lot of these events only last a couple of days.

“It’s a golden age of anime generally and that includes access,” said Jesteadt. His mission now, though, is to pave the way for smaller projects’ theatrical welcomes overseas. “Often, in the past, there were gatekeepers — people maybe like me or a distributor who has to bring over one thing. It’s easier than ever to say, ‘We’re gonna bring over a lot of things and let natural fanbases develop.’ It can be tougher for smaller projects or films that don’t always have that high level of attention and exposure before they release. We want to play a small part in helping to curate and draw attention to titles that may not necessarily be the best known always but have a strong quality thread running through them.”