All I Do In Final Fantasy XIV Now Is Play Mahjong

doman mahjongffxivfinal fantasyfinal fantasy xivmahjongmini gamesquare enixstormblood
Facebook may have decided that you shouldn’t see the news, but we think you deserve to be in the know with Kotaku Australia’s reporting. To sign up for our daily newsletter covering the latest news, features and reviews, head HERE. For a running feed of all our stories, follow us on Twitter HERE. Or you can bookmark the Kotaku Australia homepage to visit whenever you need a news fix.

This week’s 4.5 update for Final Fantasy XIV brought players an exciting new raid encounter featuring a Final Fantasy XII cameo, a new dungeon to explore and the first half of the conclusion to the exciting Stormblood storyline.

It also added multiplayer Mahjong. Guess what I’ve been doing for the past two days.

Competitive Mahjong is the latest game in the Manderville Gold Saucer, the activity-filled gambling den that serves as my second home in Final Fantasy XIV. The traditional tile-based board game feels a little out of place amongst fantasy fare like chocobo races, strategic minion battles and the ever-popular Triple Triad card game, but it’s an excellent addition that extends the Asian theme of the Stormblood expansion.

In Doman Mahjong, named for the Doma region introduced in Stormblood, four players sit around a table, taking turns drawing and discarding tiles in order to create a winning hand. A winning hand is generally 14 tiles, with four sets of three (either three similar tiles or numbered tiles in order) and a matched pair.

There are a whole bunch of additional rules and situations, such as grabbing another players’ discarded tiles to complete your own set, all neatly detailed in the lengthy in-game tutorial. 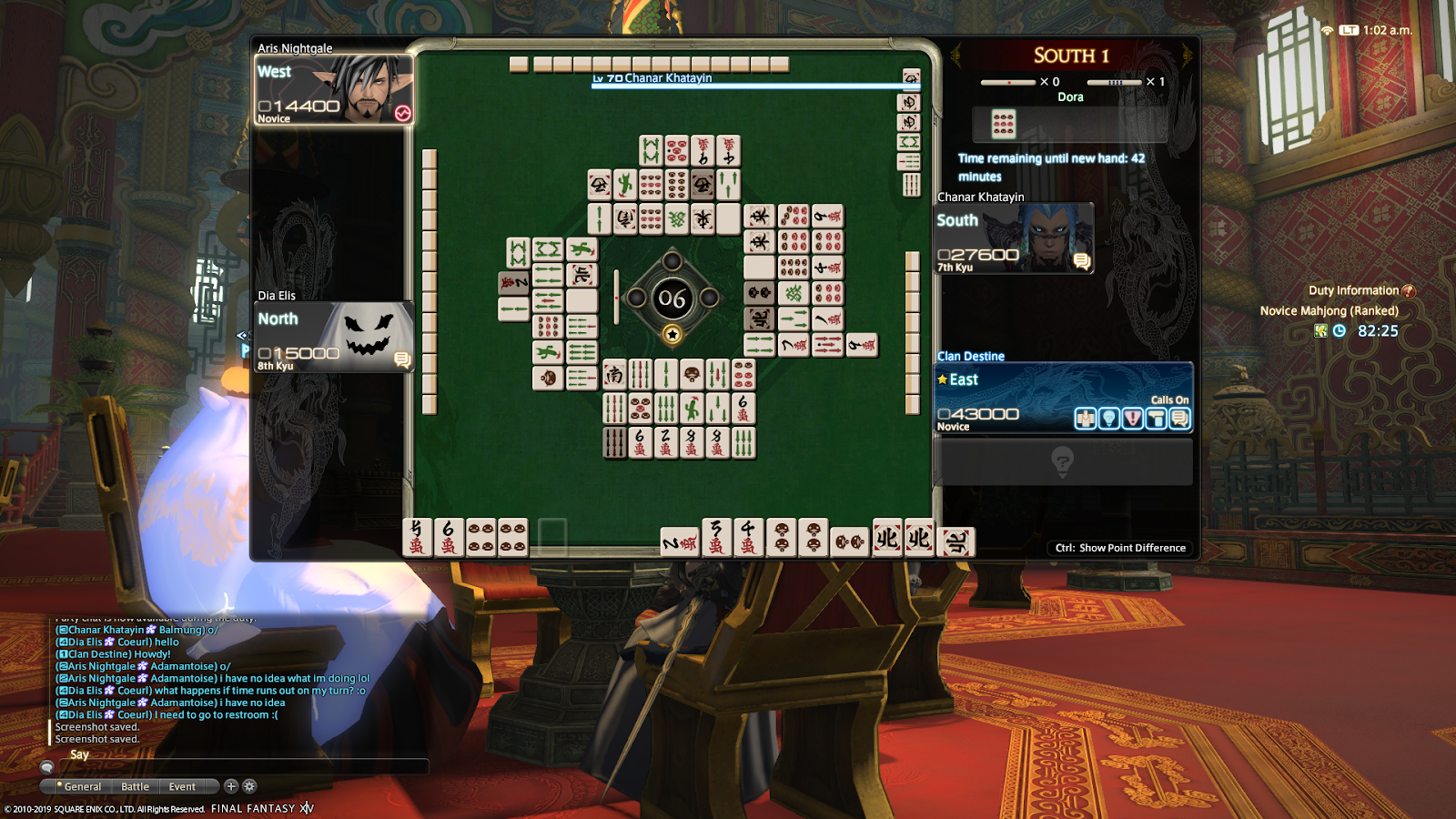 There is no going to the restroom.

Speaking of lengthy, I hesitate to call Doman Mahjong a mini-game, as there is nothing mini about it. Each game consists of eight hands, with points added to winners and removed from losers at the conclusion of each.

After all eight hands are played, totals are tallied and the player with the most points wins. With three careful players, an entire game can take upwards of an hour. Players seeking a speedier game can play against novice, intermediate and advanced non-player characters, who don’t spend nearly as much time thinking or asking for bathroom breaks. 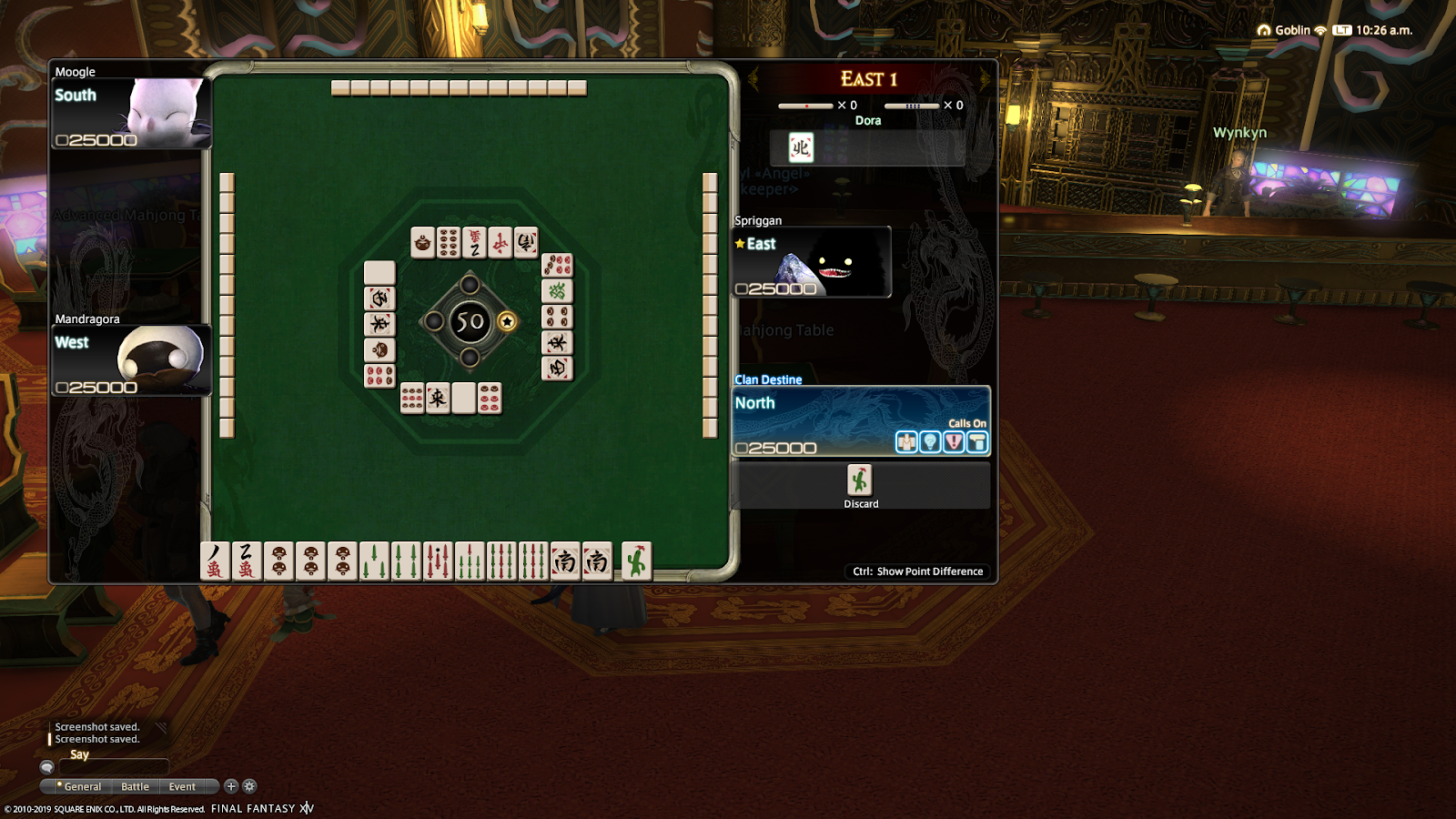 Moogle is a dick.

Why am I doing this, spending so much time playing an ancient tile game instead of running all over Eorzea on wild, danger-filled adventures? Look, even the most seasoned, battle-hardened warriors of light need a break now and then. Doman Mahjong helps clear the mind and fosters strategic thinking, which is invaluable on the battlefield.

By advancing through the Doman Mahjong ranks, I am becoming a better adventurer. 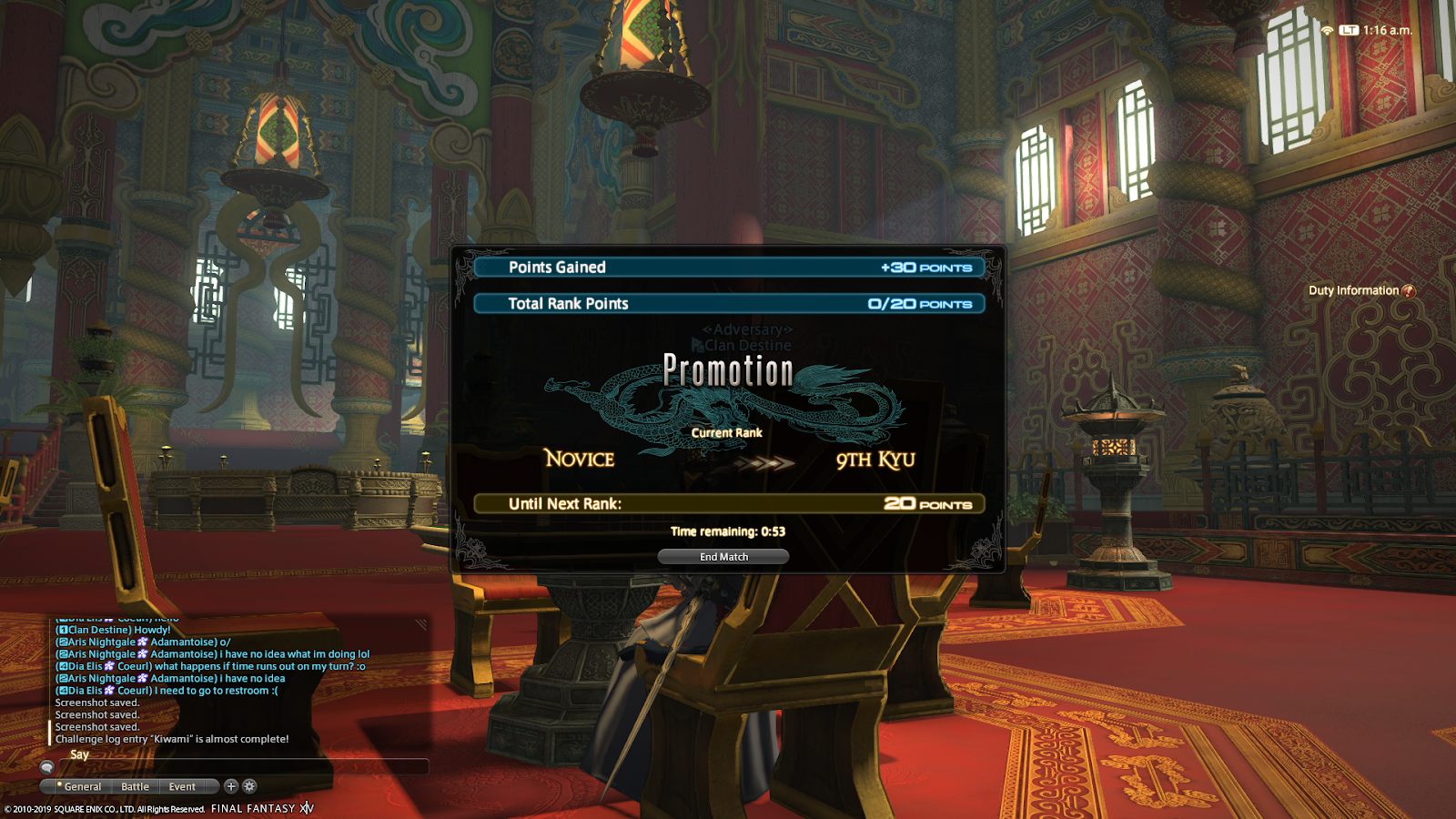 Plus it’s super-relaxing. Hopping into a queue to trade tiles with four friendly individuals beats randomly being thrust into a life-or-death dungeon situation with people who will hate you if you mess things up.

I might also be a bit behind on my story missions and can’t be bothered to catch up right now, but that seems unlikely. 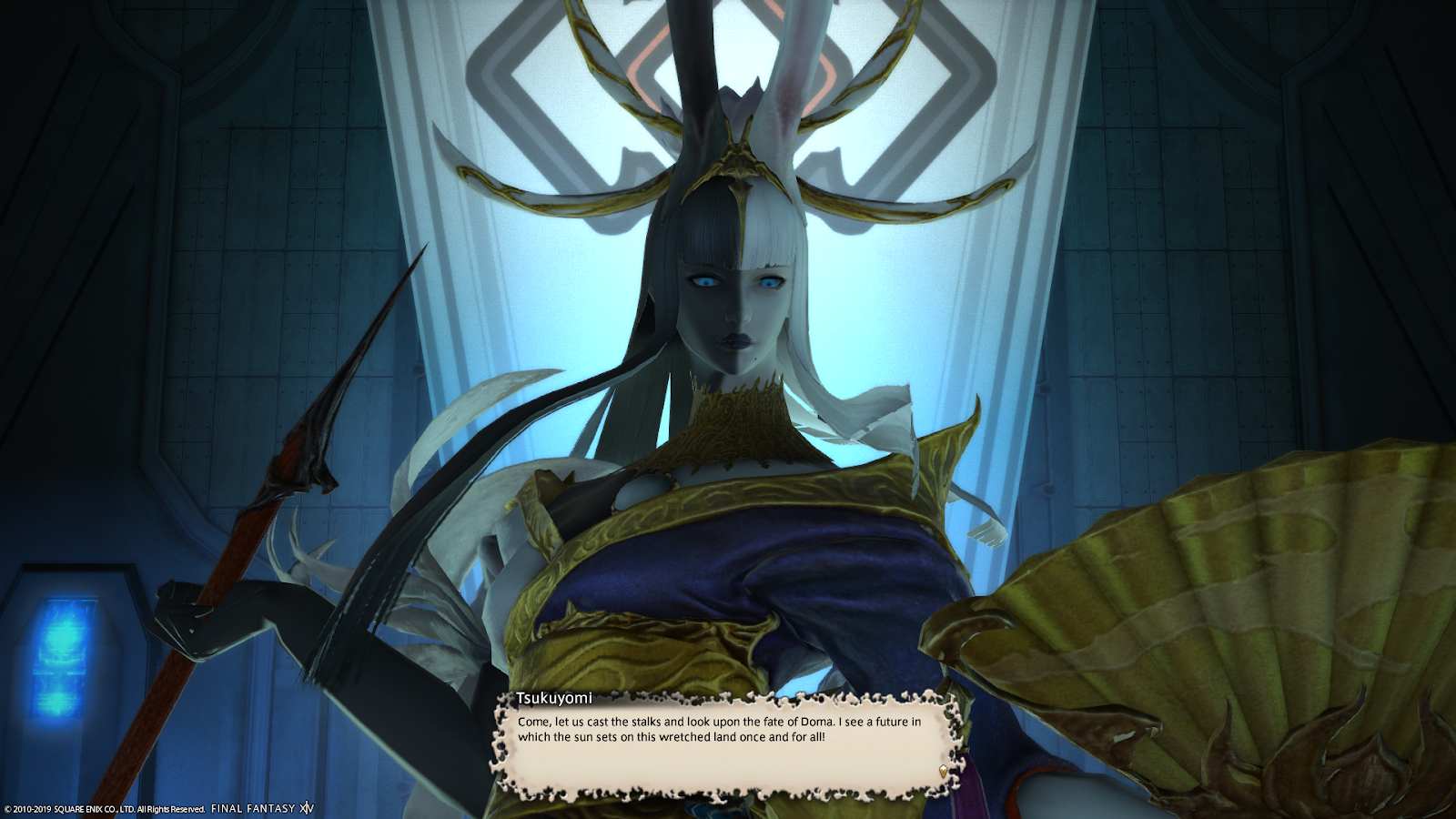 OK, maybe I am definitely behind in story. Nothing remembering how to Red Mage can’t fix.

Mostly I am a sucker for games within games, especially games within massively multiplayer role-playing games. Ever since old school World of Warcraft added Bejeweled to make waiting for in-game flights more tolerable, I’ve been tickled by the idea of performing silly little side games while everyone else was out saving the world. Apparently Final Fantasy XIV game director Naoki Yoshida shares a similar fondness – he’s been bugging the dev team to add Mahjong since 2016.