There’s a hefty amount of solo content in Dead or Alive 6, including an expansive branching story mode that should keep players occupied for hours. But it’s the new DOA Quest mode, with its goal-oriented battles and costume unlocks, that’s captured my attention. It’s a series of bite-sized missions that I could play through all day.

Dead or Alive has always been friendly to solo and newbie fighting game fans, giving them plenty of content that helps them learn the ropes and have a good time playing alone. Due out March 1 on PlayStation 4, Xbox One and PC, Dead or Alive 6 feels especially solo-friendly. The main menu for the game features the story mode and DOA Quest in a larger font than the rest of the selections, which says to me “these are the good bits.” 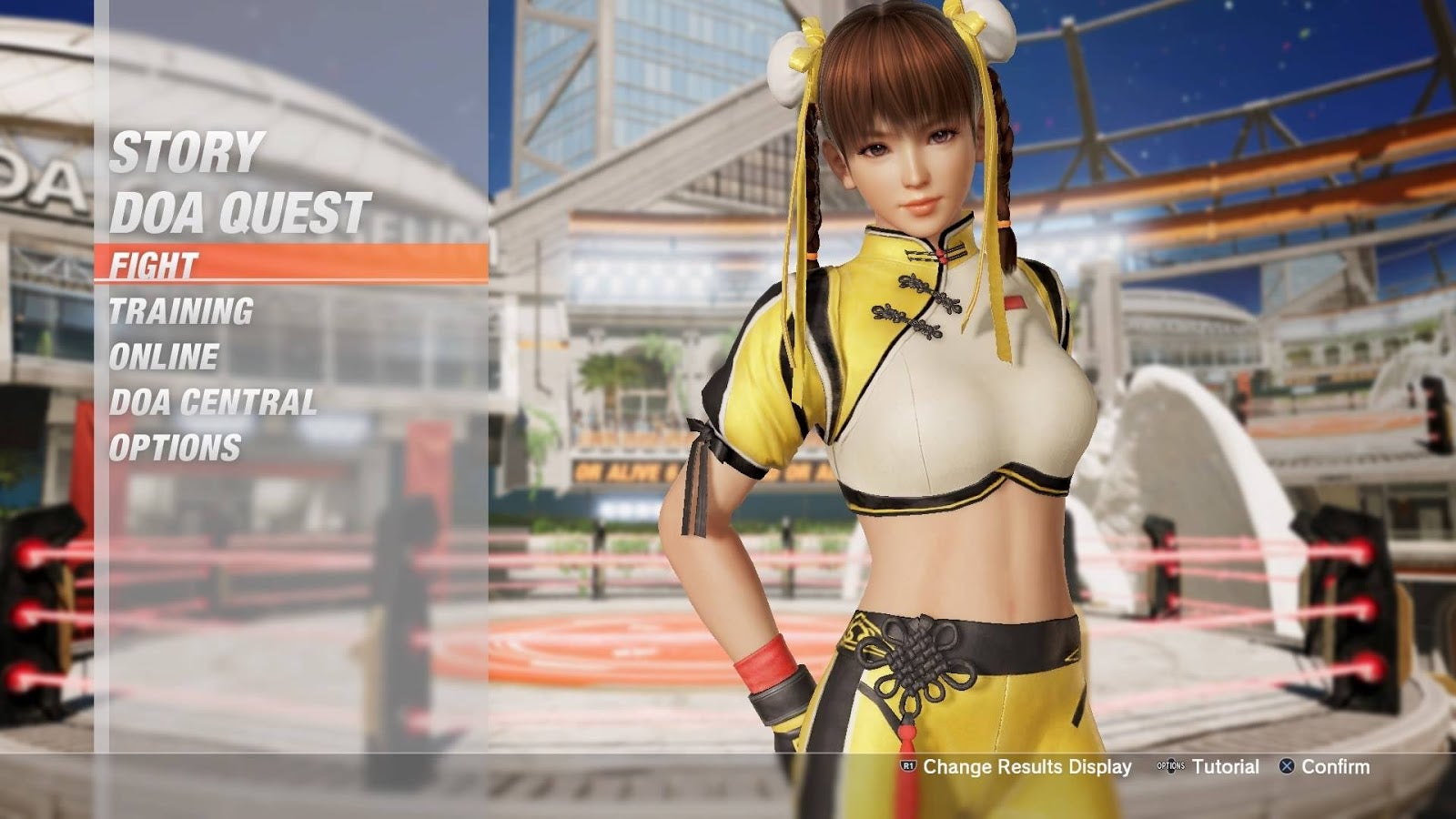 They are good bits. The story mode is broken up into a seemingly endless series of shorter scenes, some including battles, some simply cinematic. Each time a new scene is completed, one or more new ones unlock, following multiple characters as they progress through the game’s story. The story, by the way, picks up the narrative from Dead or Alive 5, as ninja girl Kasumi abandons her clan to live as a hermit in the mountains and Helena Douglas and others investigate the sudden appearance of a being with strange powers. Multiple main stories tangle with a bunch of side stories. It’s a whole thing.

Story mode is a lot. DOA Quest is not. Hosted by my new favourite character, NiCO the blue-haired scientist, DOA Quest involves the player fighting a series of missions in order to help reconfigure a virtual battle simulator. 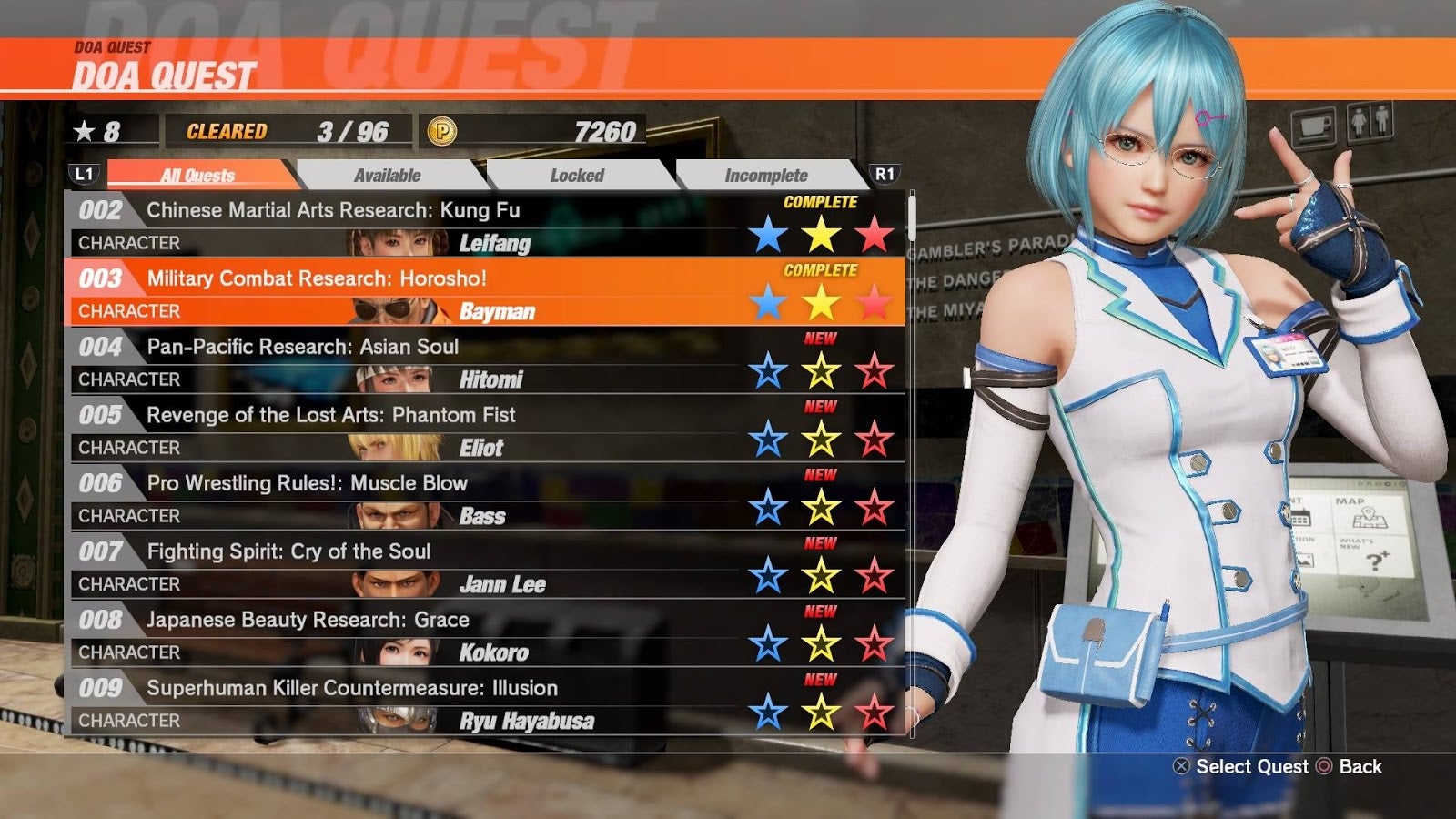 Each mission is a single battle between two characters, with three goals for players to accomplish. For example, a player might need to use a certain attack, perform a multi-hit combo and win without losing a round. Completing goals earns stars. Accumulate enough, and more missions unlock. 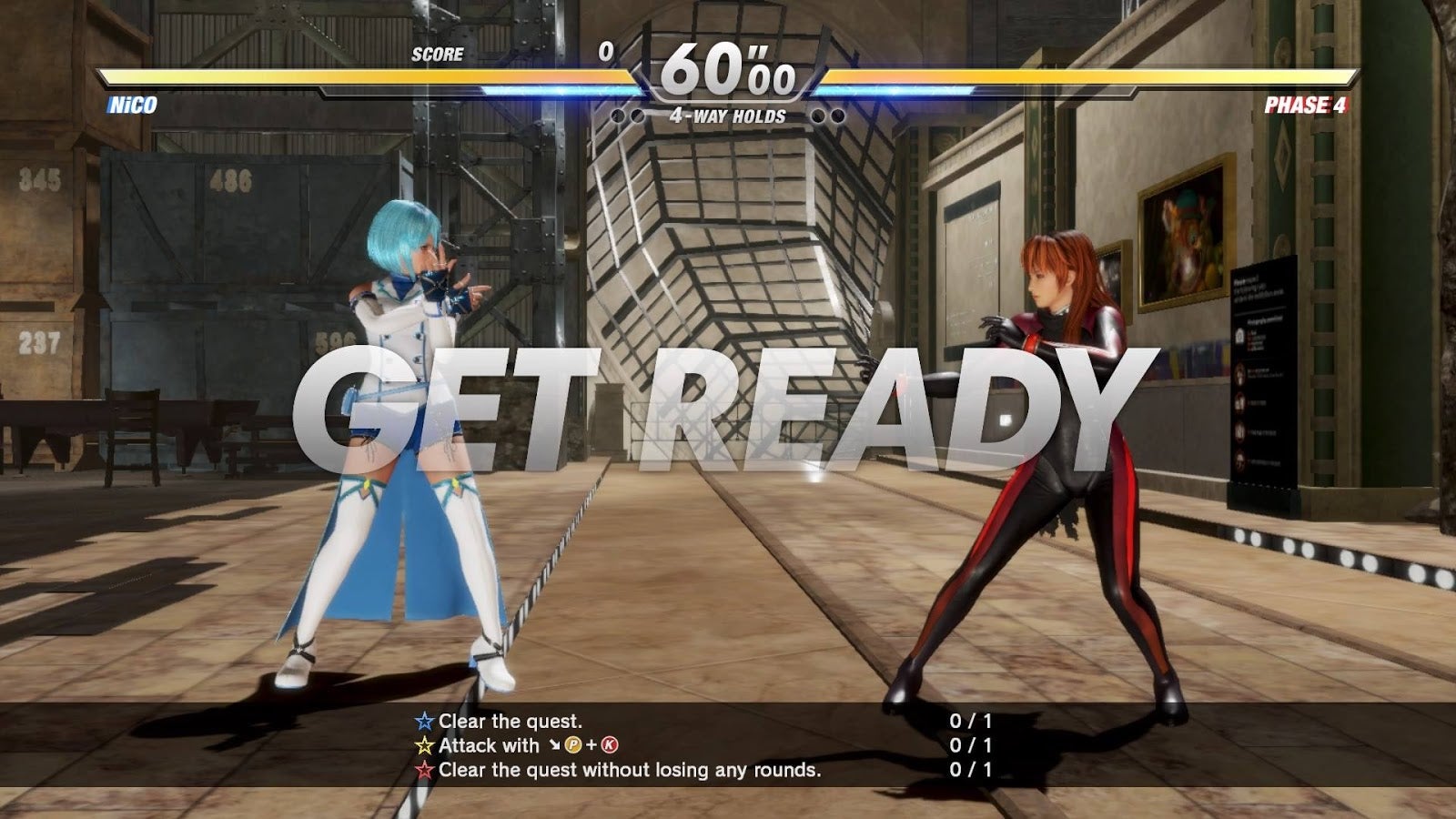 Completing all three goals awards players with costume points, good for unlocking the game’s wide array of outfits and items like bits of trivia and encyclopedia entries. I love unlocking costumes. It’s so much nicer than buying them with real money. 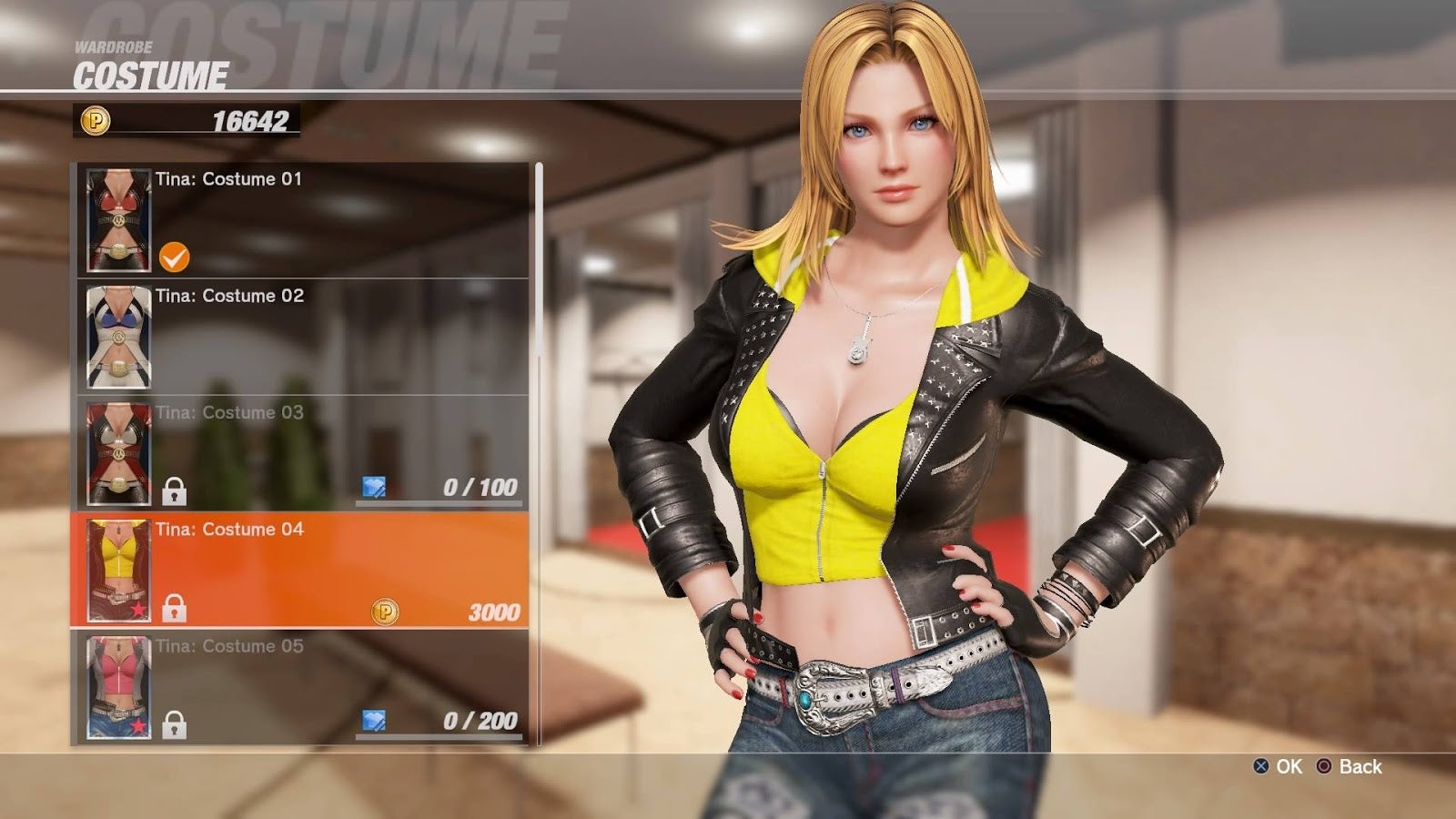 DOA Quest is also a great learning tool. As new missions unlock the difficulty of the computer opponents rises and the challenges become more intricate. Failing a challenge gives players the option to hop into a tutorial for the game mechanic that’s giving them trouble. When I had issues landing a ground attack, the game gave me a lesson and then took me straight back to DOA Quest to try and get it right. 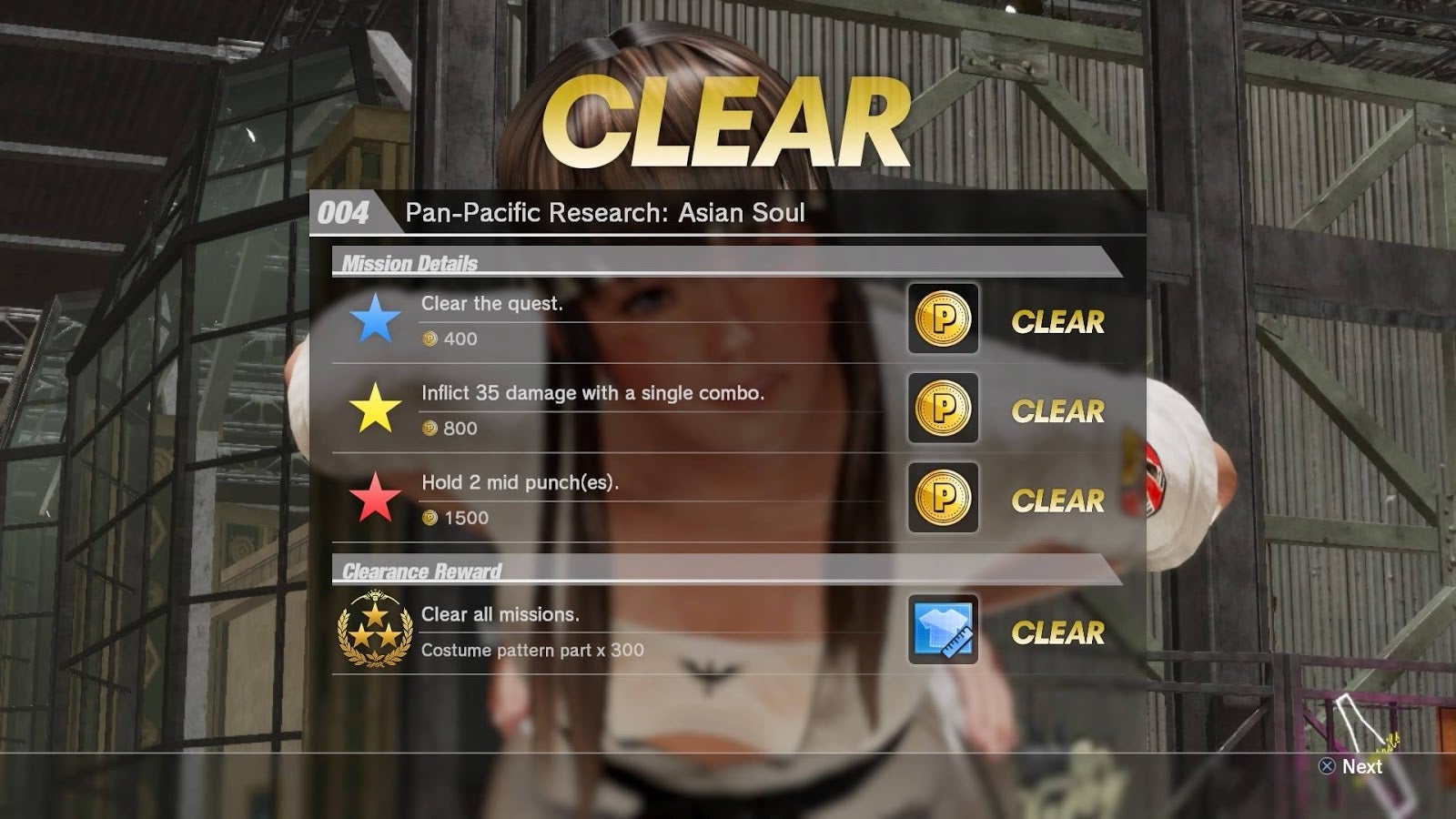 Learning, unlocking costumes and having fun in short, measured bursts. That’s my idea of a good time.