Inside the Toy Story world in Kingdom Hearts 3, players can find a video game store. This store is filled with games that presumably exist in the Toy Story universe. These games also need to be reviewed.

I watched my girlfriend play Kingdom Hearts 3 and she found this game store. We both had a great time as she walked around the shop and used her gummiphone camera to zoom in on each game case. As she pushed Woody out of her photos, I wondered: How did these games review in their universe?

So I had my GF snap a photo of each game we could find in the store and then using a weird dimension shifting machine Kotaku has lying around, I was able to pull up review excerpts and scores from AllScore, their version of Metacritic. 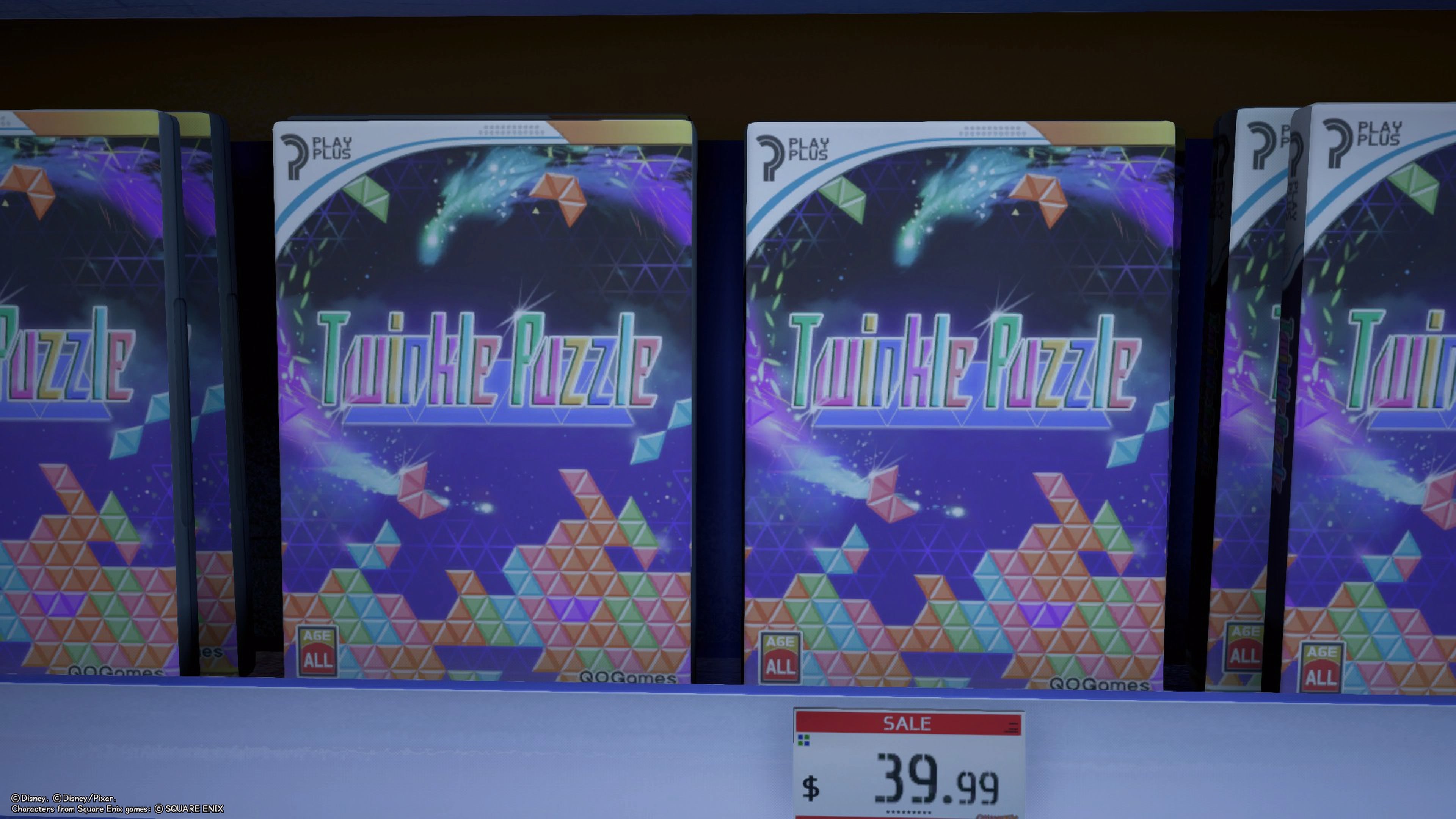 “An amazing experience. I finally have a game that justifies my expensive PlayPlusVR headset. But even outside of the VR mode, Twinkle Puzzle is the evolution on Twinkle you’ve been wanting.”

“While I enjoyed Twinkle Puzzle and found the game to be visually stunning, I can’t recommend a Twinkle game that costs $60. Wait for a sale before buying this beautiful puzzle game.” 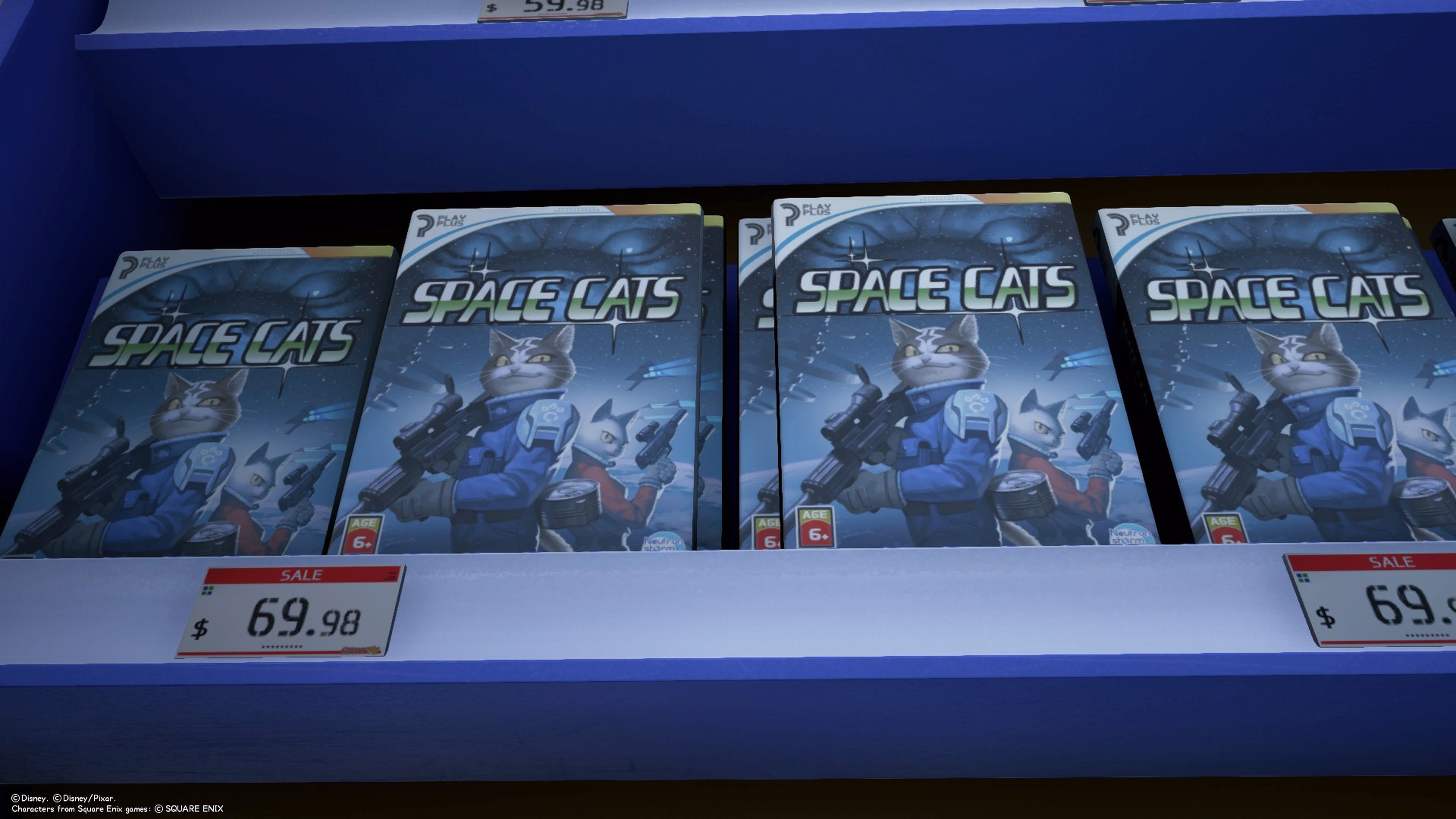 “This is just the start of a trilogy and I can’t wait to see how my decisions change the story of Space Cats. Will Captain Spots finally tell Madame Meow that she loves her? Will the Dogs of Death invade more planets? Who will save the Litter Box Freedom Station? I can’t wait to play more and find out what happens next!”

“Space Cats isn’t going to revolutionise the RPG genre, but that’s ok. What we have here is a fun space adventure and a return to form for developer OragnicSoftware.” “Visually impressive, for sure, but Amazing Jam 2001 feels like a huge step back after last year’s incredible game. The jump to the new consoles means this is the best looking basketball game I’ve ever seen, but sadly the jump also means many great features and modes are missing in action.” “The beloved handheld franchise, Cute Chef, mostly survives the leap to home consoles. Some changes to the classic gameplay might anger long time fans, but the game looks amazing and as usual the music is damn near perfect.”

“Cute Chef: Delicious Theatre isn’t my favourite game in the long-running franchise, but I’m happy that I have such a colourful and fun game on a home console. Plus the Super Pizza Challenges from Cute Chef 3 return, which makes this my game of the year!” 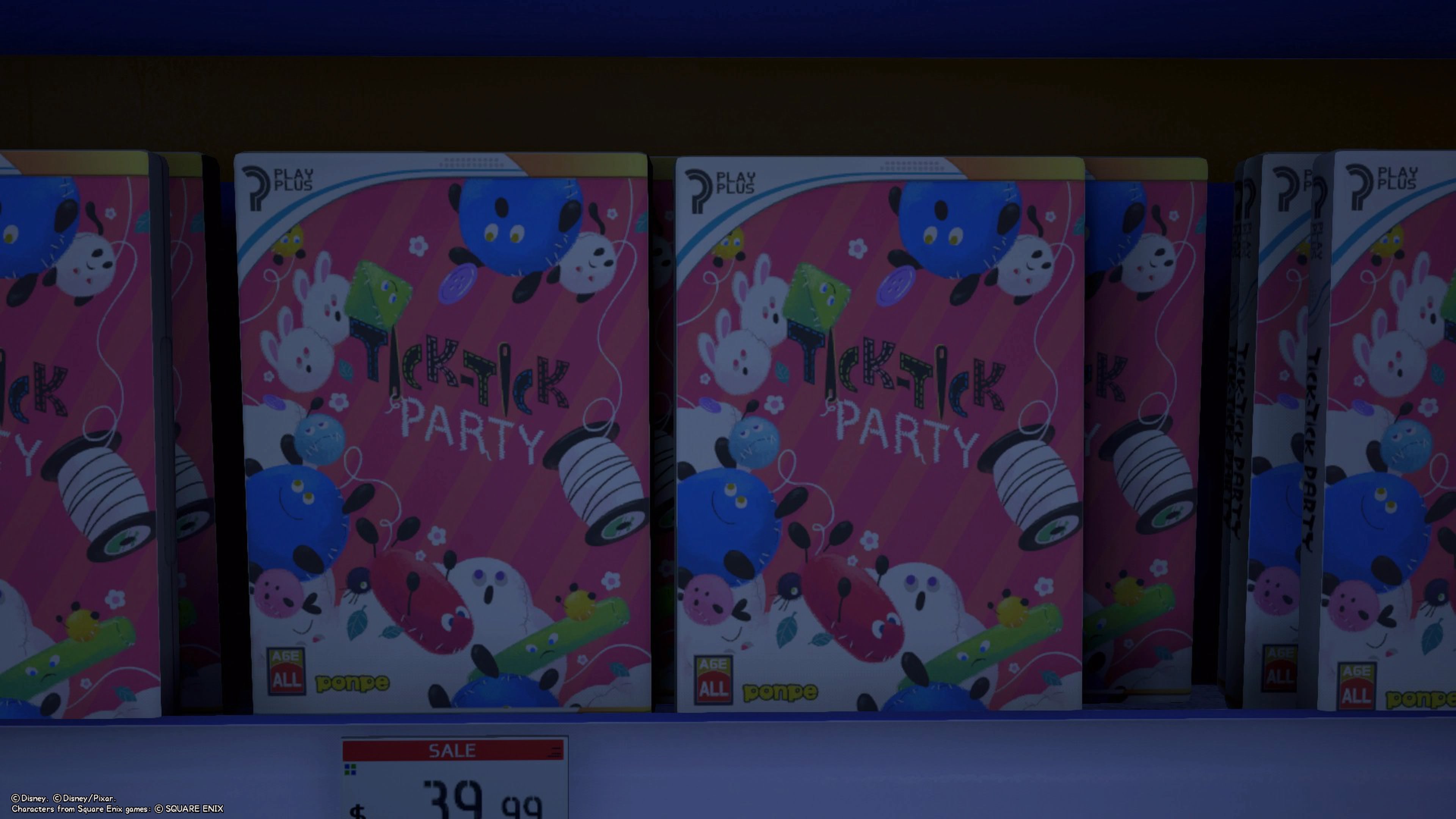 “Tick-Tick Party is a wonderful mobile game, but porting it to consoles and charging $60 is a bad move. Maybe if this new port had added more levels or Tick-Ticks I could see the reason for charging so much. But this is just a free mobile game on a console and that ain’t great.”

“While kids might enjoy this simple puzzle adventure, the strange control scheme and lack of new levels makes it hard to recommend Tick-Tick Party. If you really want to play more Tick-Tick, try out the newly released mobile game Tick-Tick SUPER CITY.” “Fun Farmer is a nice retro throwback to farming titles like Lunar Fields, but it never feels like a rehash of those older games. Instead it adds more story lines and gameplay variety, making Fun Farmer feel unique and fresh.”

“While a lack of online co-op is disappointing, that is probably the only major flaw in Fun Farmer. The pixel art is gorgeous, the writing is superb and the gameplay relaxing. Lunar Field fans should definitely give this game a go.” “I’m happy that after five years, Yum Yum Cafe has finally made it to US shores. Unfortunately, five years is a long time in gaming and Yum Yum Cafe’s visuals and gameplay feel dated. For fans of the Yum Yum franchise this might be fine, but for most gamers this will be hard to get over.”

“Yum Yum Cafe has some of the best music I’ve heard in a video game and the love story between Papa Panda and Queen Sushi might start silly, but ends up becoming really moving. Yum Yum Cafe isn’t a big game or an innovative game, but I don’t care. I’m just happy we have more Yum Yum!” “Perfect Smash is another great entry in the beloved arcade tennis series, but it also feels like the first game in the franchise that isn’t doing anything new or fresh. Perfect Smash plays like Great Smash and Awesome Smash, but now in HD. Which is nice, but I really wanted something more out of the first next-gen Tennis Smash game!” “It’s more Pitapat Party, but now on the PlayPlus console. That sentence is really all you need to know about this port.”

“Pitapat Party might just be a port of a two year old party game, but that’s not a bad thing. The last game didn’t find much success on the doomed SeeU and this port is perfect, adding a few new modes and features.” 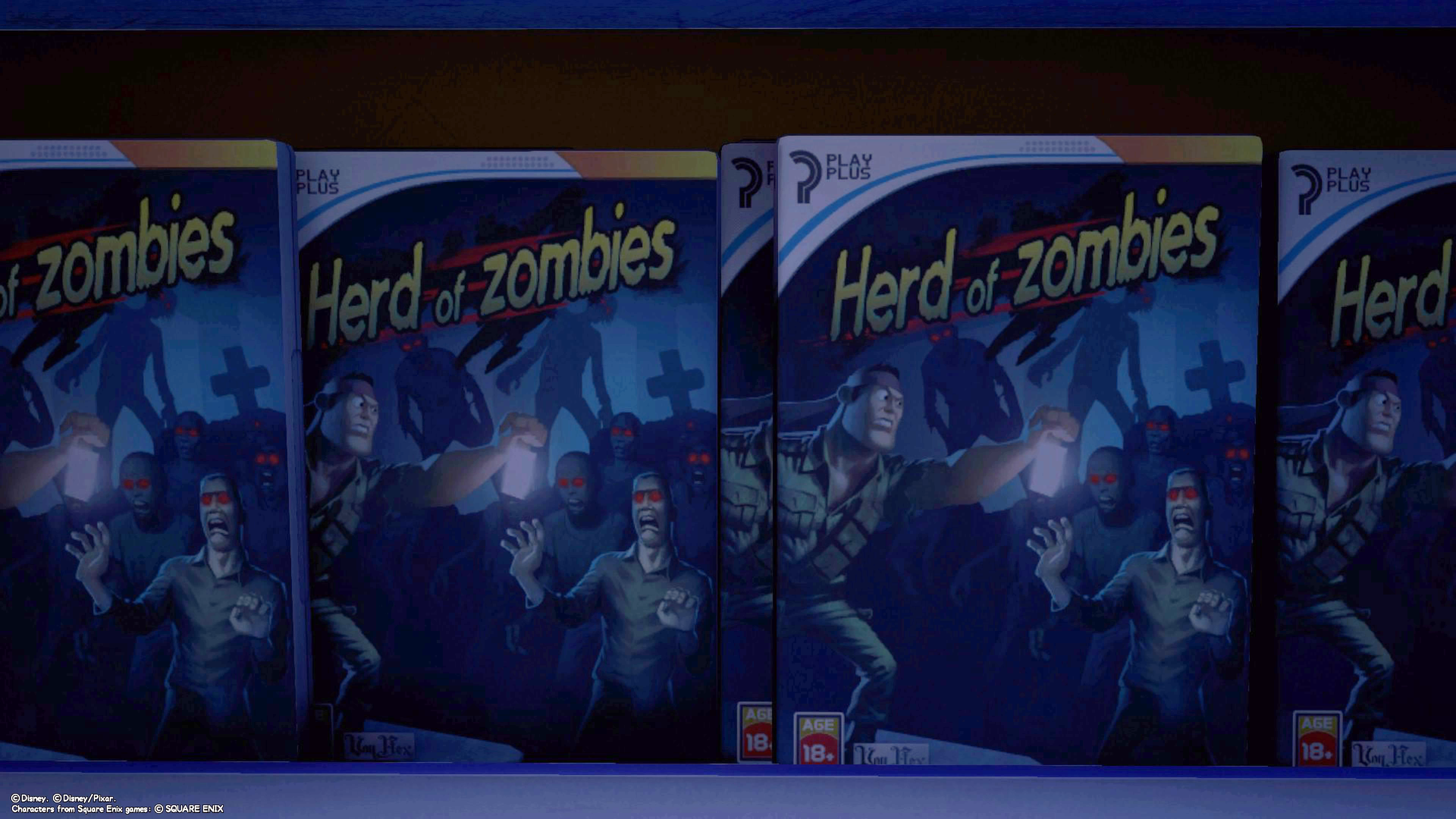 “Herd of Zombies is a brilliant and spooky spin off of the popular Herd of Soldiers games. Unlike those yearly shooters, Herd of Zombies feels more playful and scary. Fighting zombies with friends is a blast and the game really shows off the new PlayPlus console!”

“It is hard to enjoy Herd of Zombies after we just heard of the massive layoffs at publisher ActionSight. But if you can ignore hundreds of folks losing their jobs, Herd of Zombies is a solid and fun shooter with some cool ideas and great co-op.” 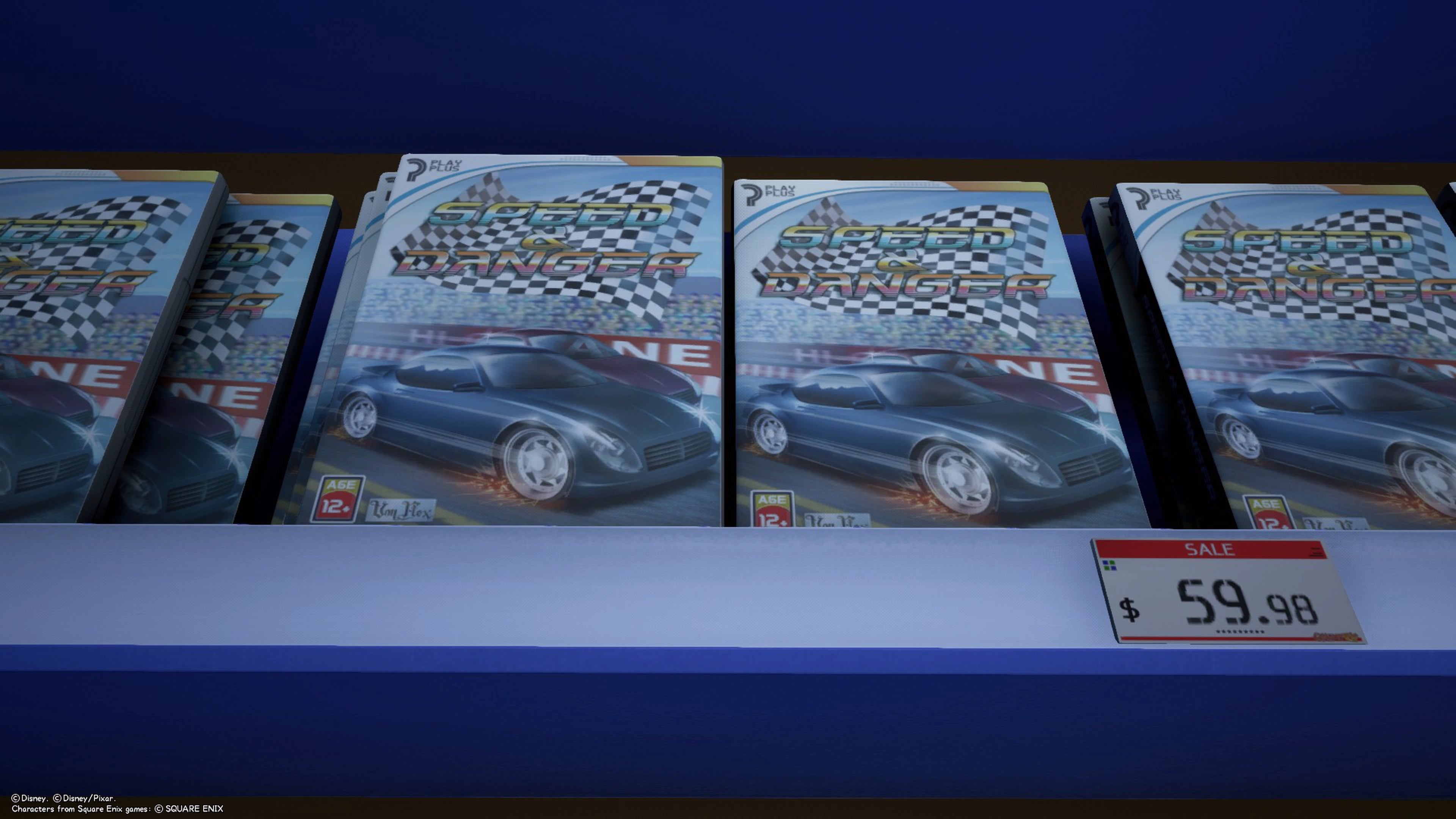 “Speed & Danger is a bad port of a crappy mobile game. Charging $89.95 for this feels almost criminal. Making this price even more unbelievable is that the game is barely functional and has terrible performance.”

“Look at the box art for for this game and you can tell two things: Nobody publishing this game cared and you shouldn’t care either.” 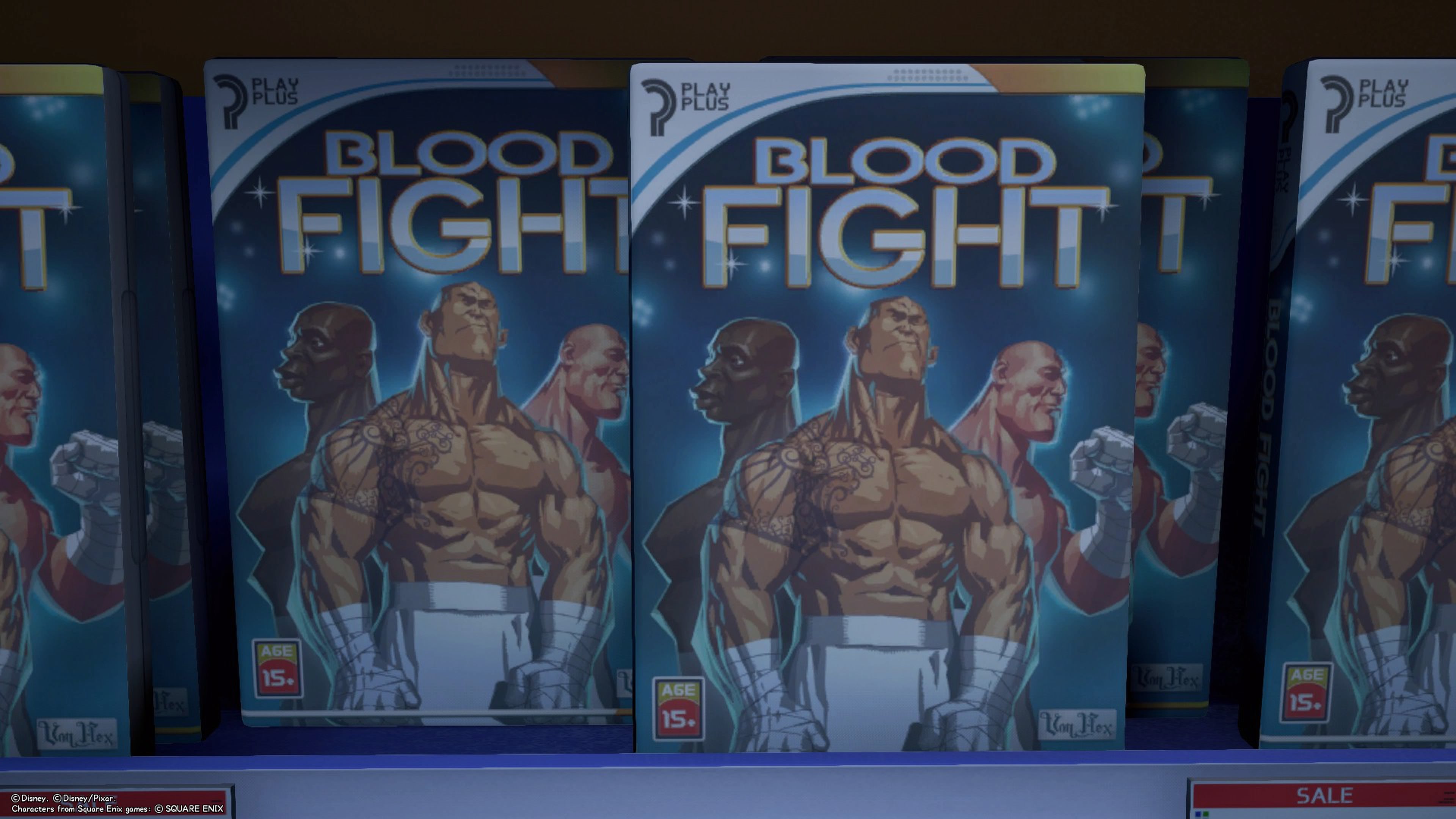 “Blood Fight will be the game many players use to show off their new PlayPlus console. The sweat looks great. The fighters look like real people and the game is fun to play. But there isn’t much in Blood Fight beyond some fighting and some good looking boxers. Publisher Tee-Aye will have to add more in any future follow-ups.

“Blood Fight made me happy I bought a PlayPlus console. It looks great and the VR mode, while stupid, is a great showcase for the console and the accessory. Don’t buy Blood Fight expecting a massive game filled with content. But do buy Blood Fight if you need something to show off your fancy new console.” 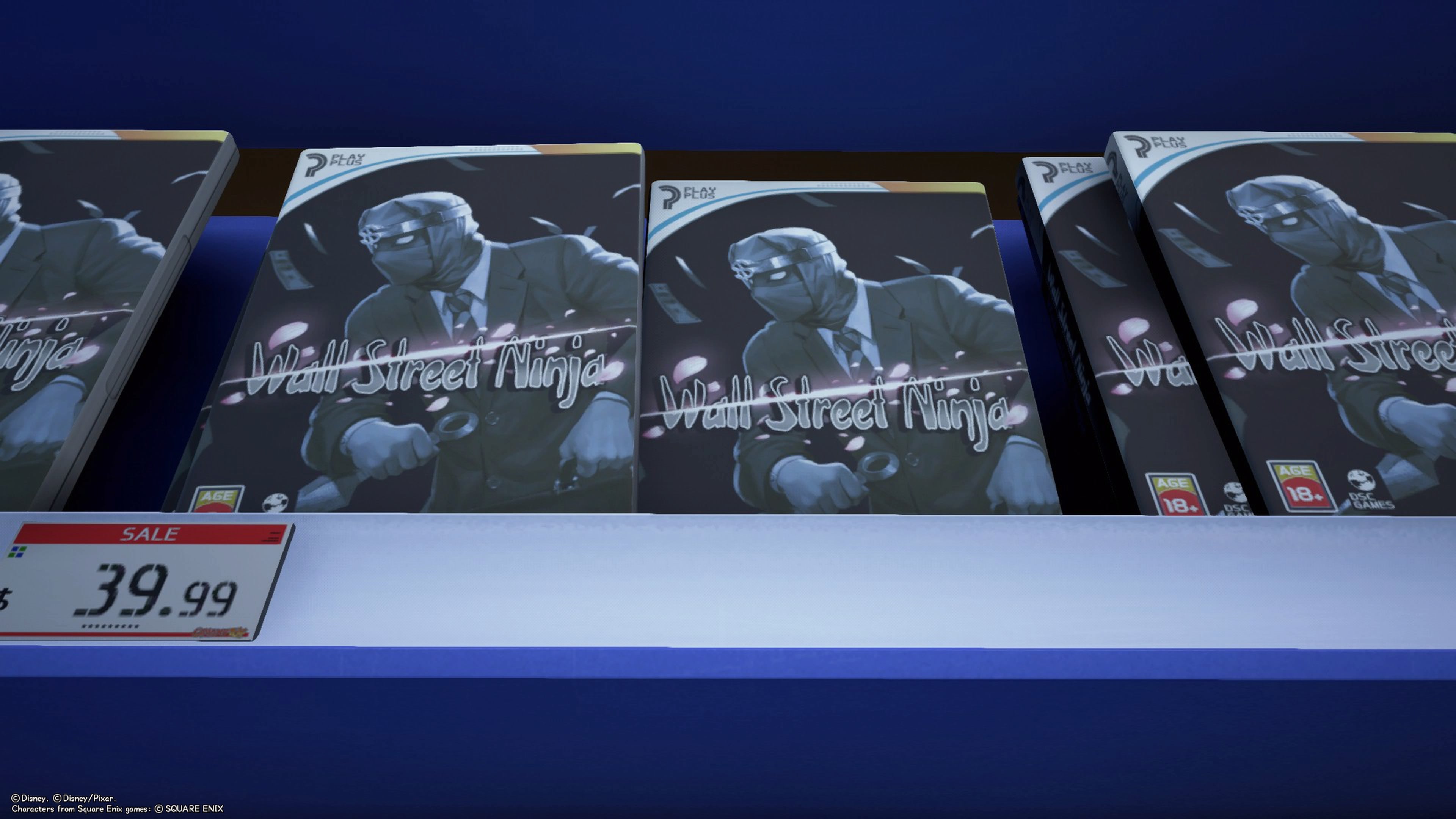 “Wall Street Ninja is a fantastic game that mixes stealth and romance into a gorgeous adventure. While some fans might find the game’s story “Too political”I loved how much Wall Street Ninja dunked on capitalism and corporations. That ninja really hates Wall Street!”

“Ninjas and finance might seem like a weird pairing, but it works perfectly in Wall Street Ninja. Some will wish the game was longer, I honestly think it is a near perfect game with only some long load times holding it back.” 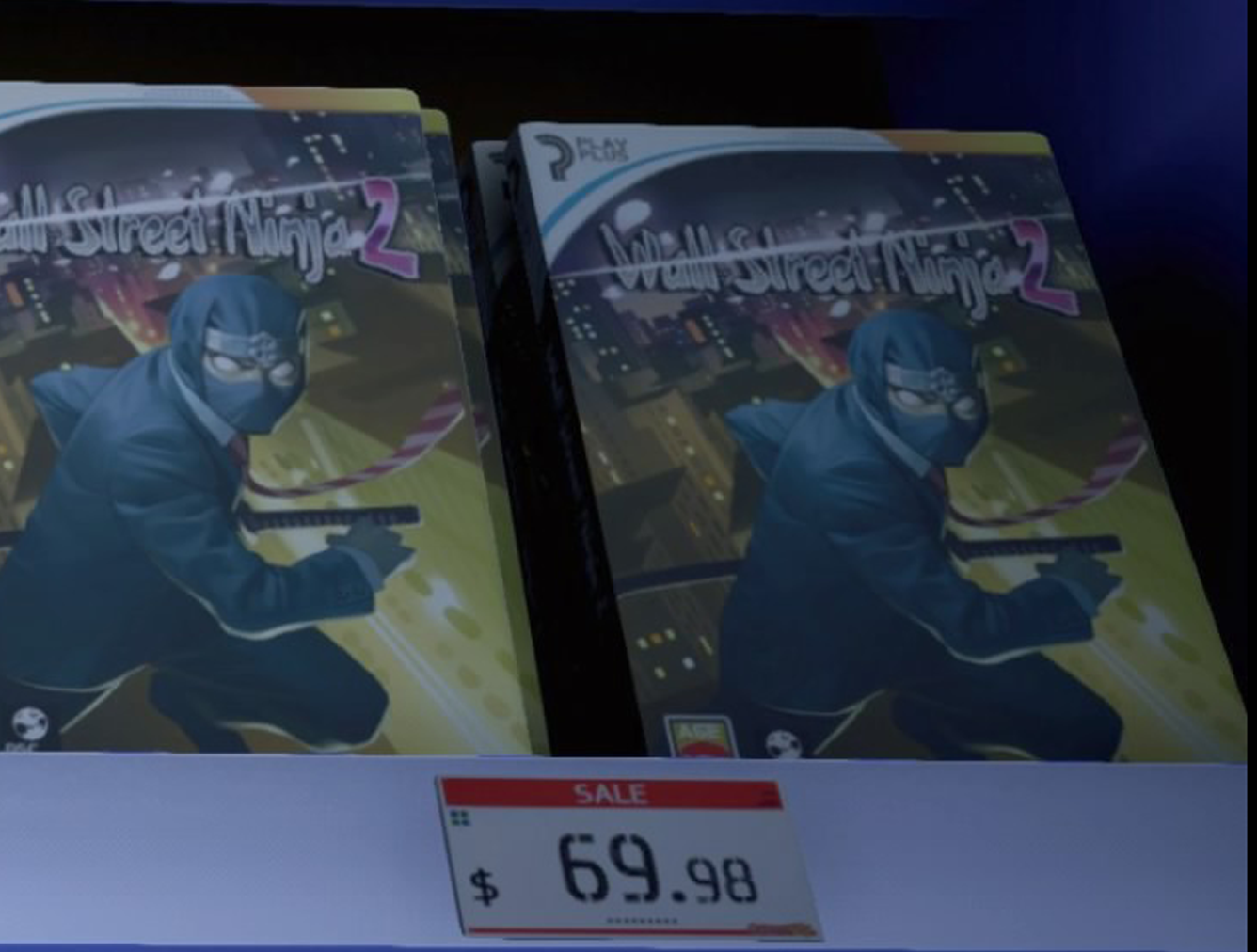 “While the game feels just as fun as the first game, Wall Street Ninja 2 also has a forgettable story and the ending is just bad. The added multiplayer modes feel out of place in this disappointing sequel.”

“Sometimes a great idea only works once. Wall Street Ninja 2 takes the awesome concept and world of the first game and builds on top of it. But the story elements don’t make much sense and the action feels too similar to the previous game. Luckily, that action is still great, but a bit stale a second time around.”

(Thanks to folks in the comments for pointing out I forgot to include this game in my original list. I fixed this!) 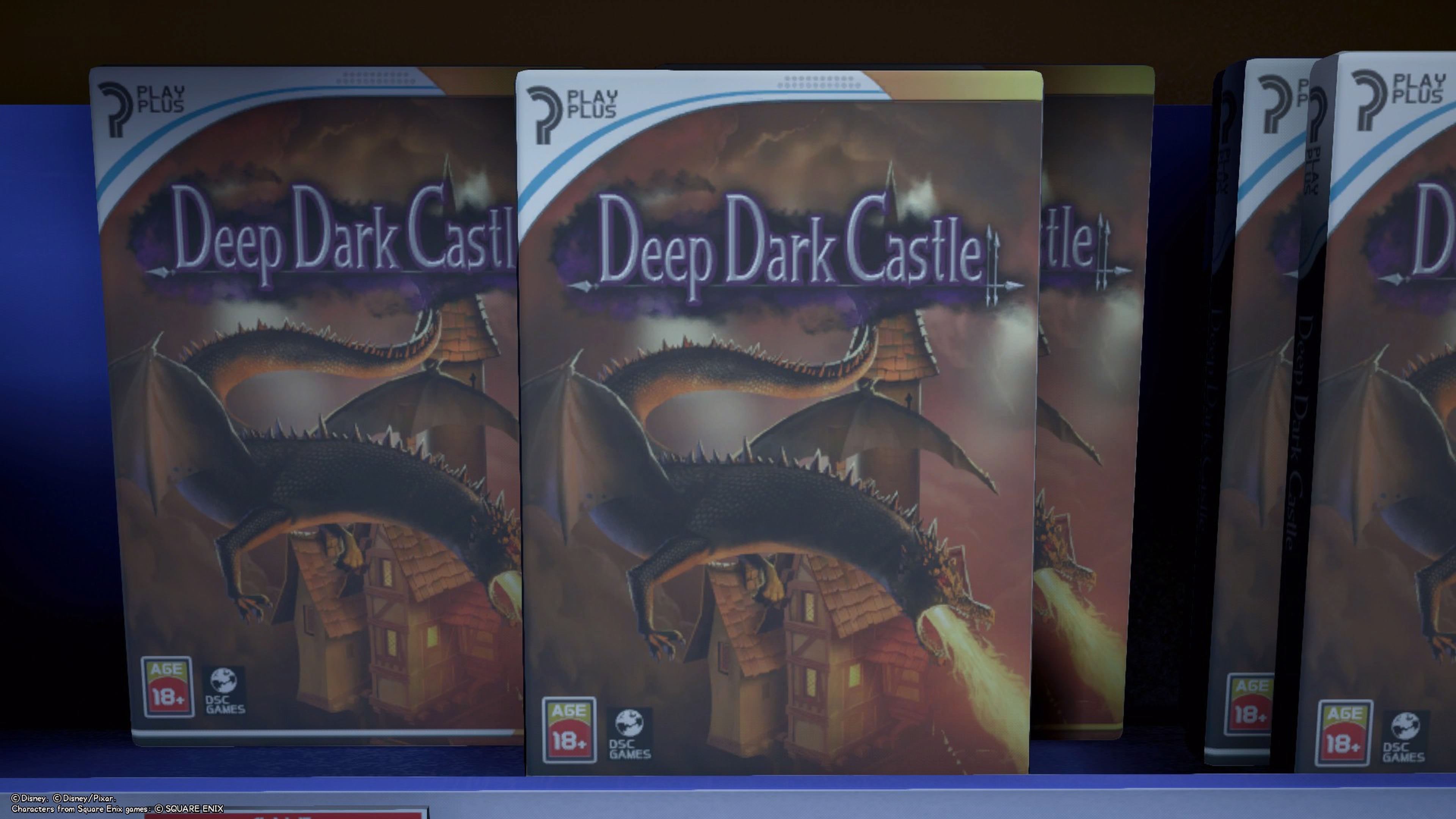 “While it might feel too traditional, Deep Dark Castle is still a visually stunning RPG that tells an engaging and exciting story. But buggy quests and glitches ruin the experience far too often. Hopefully future patches can fix these issues.”

“Bugs and glitches are the real enemy in Deep Dark Castle. Though even when my saves were corrupted or I got stuck in an elevator in a castle, I was still happy I was playing Deep Dark Castle. I love Knight Gomer and his merry party of warriors. I just wish I didn’t have to restart the game so much!” 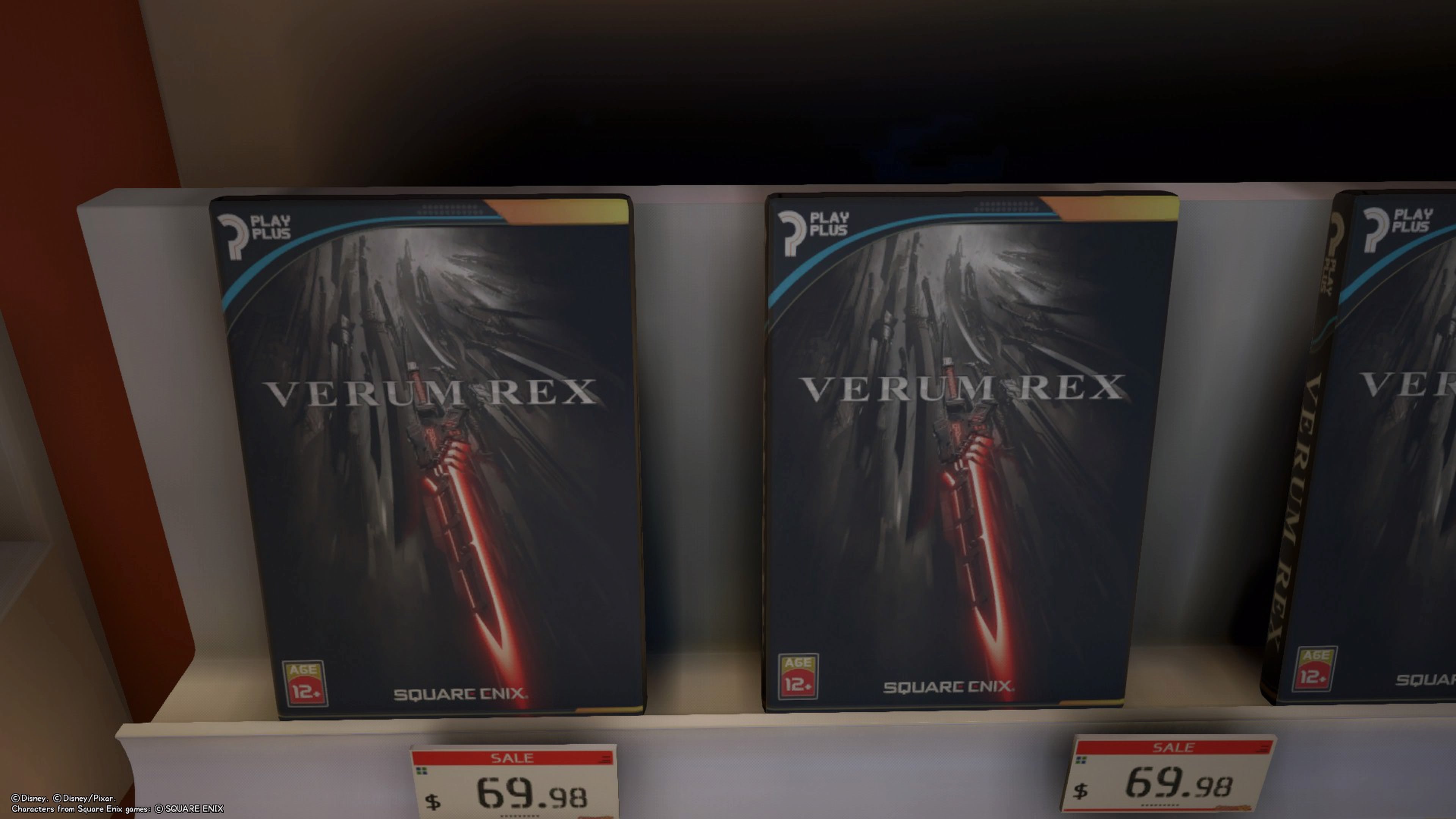 “It took over 6 years for this game to finally get released, but Verum Rex was worth the wait. The game combines fast-paced combat with fun storytelling. Hopefully we won’t have to wait 6 more years for the sequel.”

“Verum Rex was first announced as Verum 19 Versus. Six years later and after numerous delays, the final product we received is a great RPG that maybe needed a little more time. But fans of the Verum series will enjoy this new entry in the franchise.”