After weeks of teasing and hyping, the latest and biggest Red Dead Online update went live today. The update adds hundreds of new fashion items, changes how bounties work, rebalances gameplay and fixes numerous bugs. It’s a good update with some great improvements, but it might not be enough for fans looking to come back.

One of the biggest new changes is that players can no longer see where every other player is on the map. In the past, this was used to track down players who were all alone or who were fishing and hunting, then kill them over and over. Rockstar believes that this new change will help diminish abusive behaviour.

My time with the new update seems to suggest this isn’t going to be enough. I was still killed walking around a city by a random player. But thankfully another new change helped keep this murderer from killing me over and over. After being killed by another Red Dead Online player, you now can parlay with them, be spawned away from the area, and neither player can hurt the other for 10 minutes. Parlay existed before this update, but it was harder to activate and didn’t always work.

Sometimes players would get killed numerous times before they could parlay, and members of the killer’s posse could still attack the victim. Now, players can parlay a player or their entire posse. This change will hopefully allow players to escape annoying situations with trolls. 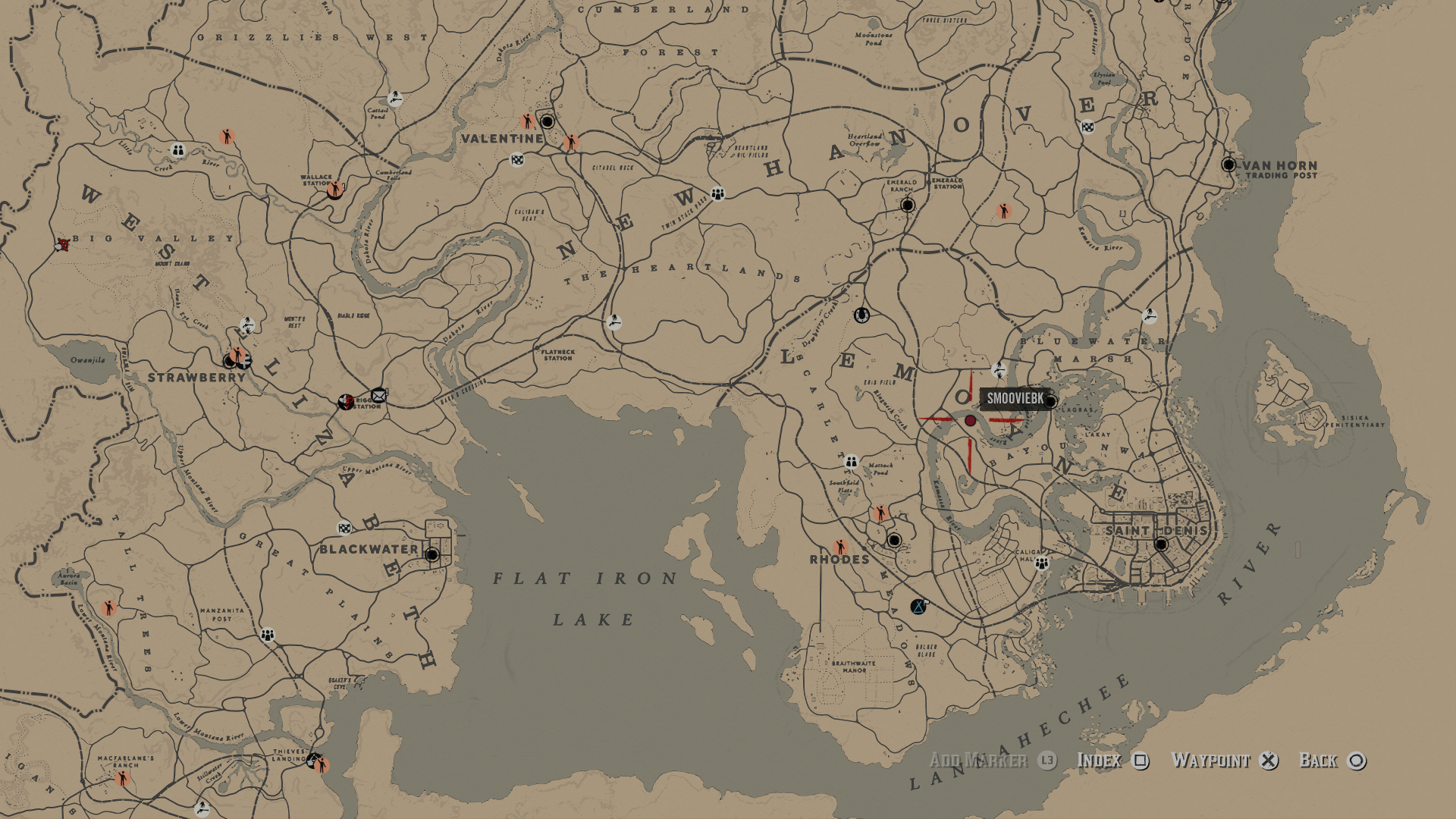 The highlighted red dot is an aggressive player. Other more lawful players are now hidden on the map. (Screenshot: Red Dead Online)

In one server I joined, a player was killing everyone who came close to them. This player was marked with a bright red dot and could be spotted on my map from all the way on the other side of the game world. This allowed me to easily avoid them, which is a nice change. Before, all players were represented by a white dot, which made it impossible to know who was a nice cowboy and who was a deadly arsehole.

Another big addition to Red Dead Online is daily challenges. Every day players get access to seven new challenges. These can include collecting herbs, killing animals or eating certain foods. I even got a challenge asking me to cut my hair. (This update adds new hair colours and styles too, which is nice!) Completing a daily challenge will award a gold nugget. It’s a simple system, but it gives players more things to do or try. Some players encountered a bug where the game asked them to complete a challenge using a gun that hasn’t been added into the game, but Rockstar is already fixing this issue.

The update is also filled with smaller and less noticeable fixes and changes. One that I’m really happy to see is that Rockstar is making major balance tweaks to the free roam event “Dispatch Rider,” a mode where players try to ride a target horse for as long as possible while avoiding enemy players. This mode used to be annoying to play because the moment you jumped onto the target horse, every player would shoot and kill you in less than a few seconds.

The mode now gives players who get on the target stallion some protected time in which they can’t be killed, and they also regain health when they first mount the horse. This makes the mode less frustrating and more fun to play.

Another easy-to-miss change is rebalancing dead eye and rifles. When activating dead eye, accuracy will no longer be perfect. This should make it harder to exploit dead eye to kill players from long distances.

The varmint rifle is getting nerfed to be less accurate, and more powerful rifles like the Carcano are getting buffed and will do more damage. Before this update, the small calibre varmint rifle was popular over nearly every other rifle because it was incredibly accurate and did surprising amounts of damage. These changes will hopefully make bigger rifles more useful in PVP.

This update also adds emotes, though the prices on these and some other items feel too high. I was also disappointed to see that some of the new clothing items can only be bought in certain styles using gold. Thankfully, these items are purely cosmetic, but for those concerned about increasing prices, this won’t help ease those worries. This update really does feel like nearly every part of the game is being touched in some way. However, while this is a big update, many players might be disappointed by what this update doesn’t add.

There are no new story missions, side missions, new horses, or real endgame activities. The world still feels a bit barren. Rockstar is promising more content is coming soon, including a new free roam activity next week.

This new update is a great start for Red Dead Online, but I don’t know how many players who stopped playing are going to return because of this update. Red Dead Online is a better and slightly bigger game after this patch, but it still has a long way to go.