Silent Hill: Downpour Made You The Monster

Playing the Resident Evil 2 remake has been incredible. It’s also made me pine for a new instalment in another one of my favourite horror series, Silent Hill. I know Silent Hills would have been that new instalment, but as that’s cancelled, I’ve been going back and playing some of the older Silent Hill games.

I didn’t realise it’d been almost seven years since a new main series Silent Hill game was released. The last was Downpour from Vatra Games in March of 2012, an entry that had some truly disturbing moments. It understood that Silent Hill excels when it focuses on psychological terror, even if its attempts at modernising the gameplay had mixed results.

You play as Murphy Pendleton, an escaped prisoner who finds himself lost within the city of Silent Hill. Kirk Hamilton wrote previously about how disturbing the opening tutorial is and that’s because unlike the rest of the Silent Hill bestiary, your first target is an actual human being.

The story behind why you kill that unarmed man in the prison showers, along with the repercussions of Murphy’s act, are at the twisted heart of Downpour. Rain hammers down throughout Murphy’s journey, not as a cleansing force, but as a damning one. Murphy is haunted by his actions and Silent Hill won’t let him hide from his guilt since the strange city has the power to project people’s emotions, like remorse, hate, and lust, in monstrous form. 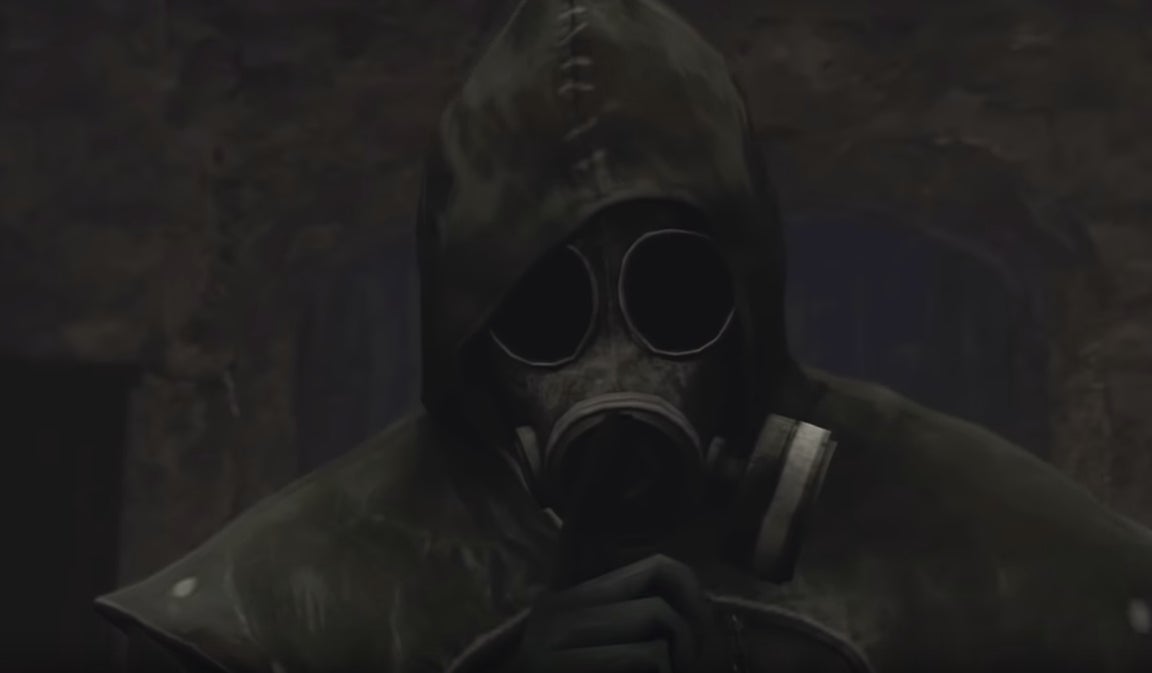 Where Downpour gets most interesting is the ways it experiments with the tried and true formula of a protagonist who is dealing with his/her own issues in Silent Hill. There’s a police officer, Anne Cunningham, who really hates Murphy’s guts for reasons that are unclear early on (nice Robocop nod there!). Murphy is preoccupied with his own demons, particularly in the form of a giant hammer-wielding Bogeyman.

This Bogeyman, which is similar in function and strength to the Pyramid Head that James Sunderland faces in Silent Hill 2, is just as deadly and ominous. One of the first times it shows up, it kills a boy who we learn looks like Murphy’s son, Charlie. Through a flashback, we see Charlie was murdered before the events of the game.

“Though you have regret, you can’t just forget,” Murphy cites a poem as he tries to save the boy that looks like Charlie and make the Bogeyman go away.

Silent Hill eventually forces Murphy to go back to the same lake where he found his son’s body. There, the Bogeyman arises as an accuser for his sins. The confrontation isn’t as heart-wrenching as the following scene when he looks under the mask and sees his son’s killer, Patrick Napier.

This is the man who Murphy had murdered at the beginning of the game. The terrifying part is how Napier’s face shifts to Murphy’s own as he blames himself for the death of his child. 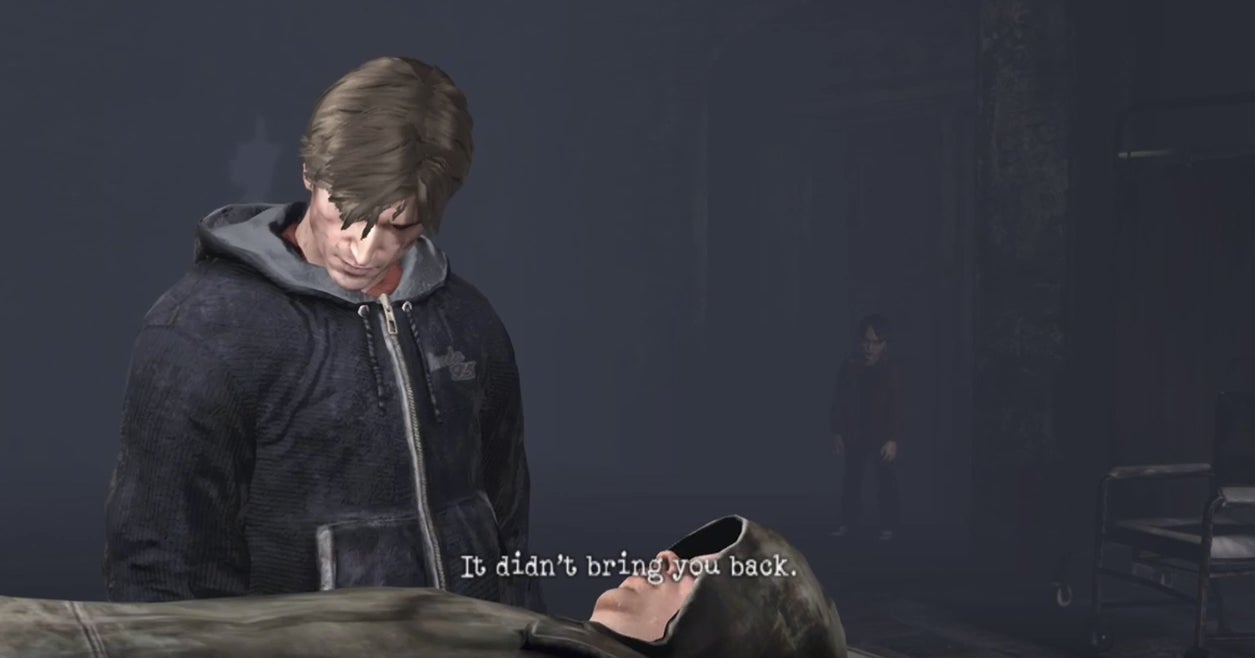 Revenge and hate don’t exist in a vacuum. In his attempt to exact revenge on Patrick Napier, Murphy made a deal with his corrections officer, George Sewell. Sewell gave Murphy access to his son’s murderer in exchange for Murphy killing someone of his choosing at a later date. That someone was Officer Anne Cunnigham’s father, Frank Coleridge, which explains her earlier hostility towards Murphy.

The threads are as convoluted as they are terrifying. Although Murphy was unable to kill Coleridge himself, Sewell beat him until he went into a vegetative state and framed Murphy for the attack. Coleridge remained alive for several years, though he was restricted to a wheelchair.

Murphy is consumed with contrition for his helplessness to save Coleridge, who had been one of the few people in prison to try to protect him. When Murphy finally faces the Wheelman, the overbearing burden of Murphy’s guilt has turned the memory of Coleridge into a vicious giant.

This is when one of the most interesting plot reverses happens. We see Murphy from Anne’s perspective, and Murphy is the Bogeyman in her eyes. 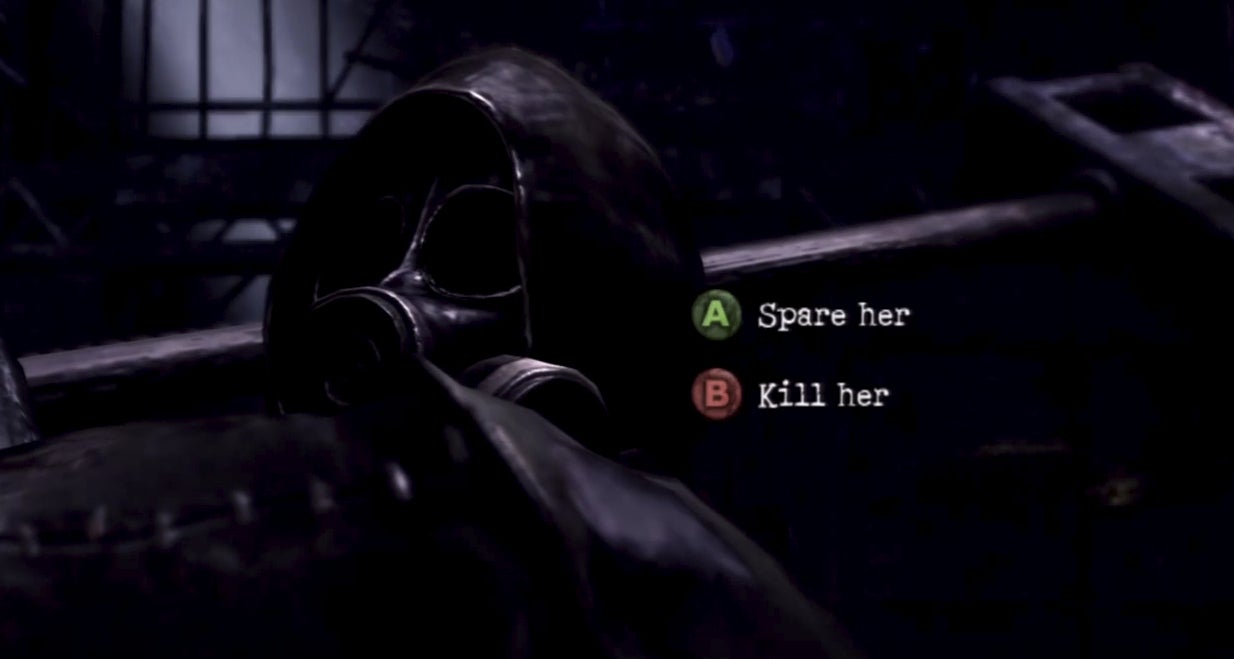 You actually play as the Bogeyman in the final sequence of the game as you chase down Anne. Aside from being immensely powerful, there’s a dissonance that is akin to that moment when you become a Big Daddy in Bioshock. You’ve become the very thing you fear. In Bioshock, the transformation is empowering.

In Downpour, it’s eerie and unnerving because it’s not so much a transformation as it is a realisation and acknowledgement that Murphy had become a monster himself in the process of seeking revenge. Your choices here affect the final ending. Hate had festered inside Murphy, just as it had Anne. Silent Hill funneled that rage and created a Void that threatened to consume Murphy in a crimson shower of anger. His prison, like hers, was always more than a physical one.

It’s pouring rain outside as I write this. I know realistically that the chances of a new Silent Hill are slim since developing a successful Silent Hill game is very different from a Resident Evil. Both have their challenges, but at least RE has several franchise characters to build around.

To be a successful Silent Hill game, you need a brand new character with a very personal story since each visitor has their own arc and evokes a different response from the city due to the shattered memories of their pasts, recalling the difficult origins of a homecoming that’s a little too late in the unending downpour outside that reminds them of how silent it is on their personal hill of regret. Showing the manifestations unique to each character means a new visual language with each instalment.

Even with a shared geographic backdrop, there’s no way Jason Sunderland, Heather Mason, and Murphy Pendleton would have a similar experience visiting Silent Hill.

The terror we feel in Silent Hill isn’t just because the character’s confront scary monsters, but rather how their fights reflect their mental anguish. It gives us a glimpse into each character’s skewed reality and makes us think about our own personal struggles. Everyone has a bogeyman. It’s just hard to accept when it’s yourself.