There’s a certain kind of power that comes with knowing the deep truths about things, whether they be individual people, discrete situations, or events that have yet to occur.

This week’s best new comics all feature characters who know this to be true, but for each of them, learning the actual nature of the way things are is something that’ll push them to reconsider everything they once thought they knew. 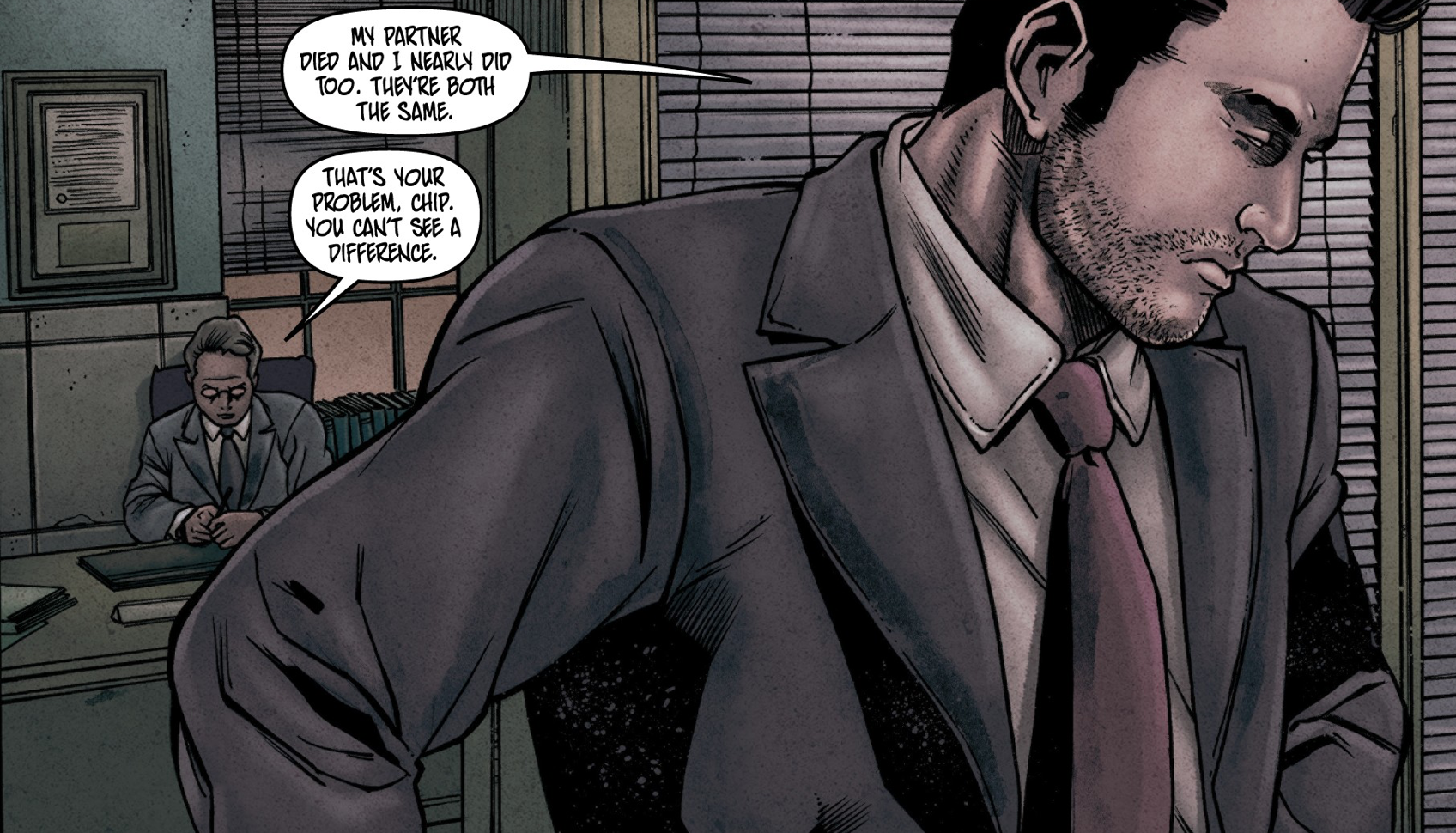 Stories about policemen who kill unarmed civilians generate outrage in both those who see the violence as part of a larger pattern of systemic police brutality, and those who are sympathetic to police officers and unfailingly believe they’re never at fault in those kinds of situations.

Chip Christopher, the detective at the heart of Image’s Vindication — co-created by Matt Hawkins and MD Marie and illustrated by Carlos Miko, Dema Jr. and Thiago Goncalves — sees himself as a “good” cop who’s motivated by a need to expose the truth and bring people to justice.

Taken at face value, Christopher’s motivations are just, but Vindication wastes no time in exploring the ways in which his perceptions of others — particularly black men — have become (or perhaps have always been) warped to the point of making him more of a threat to the public than someone who’s sworn to protect it.

There’s a ham-fisted energy to Christopher that makes him immediately difficult to sympathise with, but as you come to understand his motivations and how others see him, it becomes clear that that’s precisely what Vindication wants you to feel.

He isn’t meant to be a likeable hero, because he’s a crystallisation of the kinds of pervasive problems within law enforcement that have led to the public being distrustful of them, and the comic wants you to see the man for who and what he is. (Matt Hawkins, MD Marie, Carlos Miko, Dema Jr., Thiago Goncalves, Image Comics) 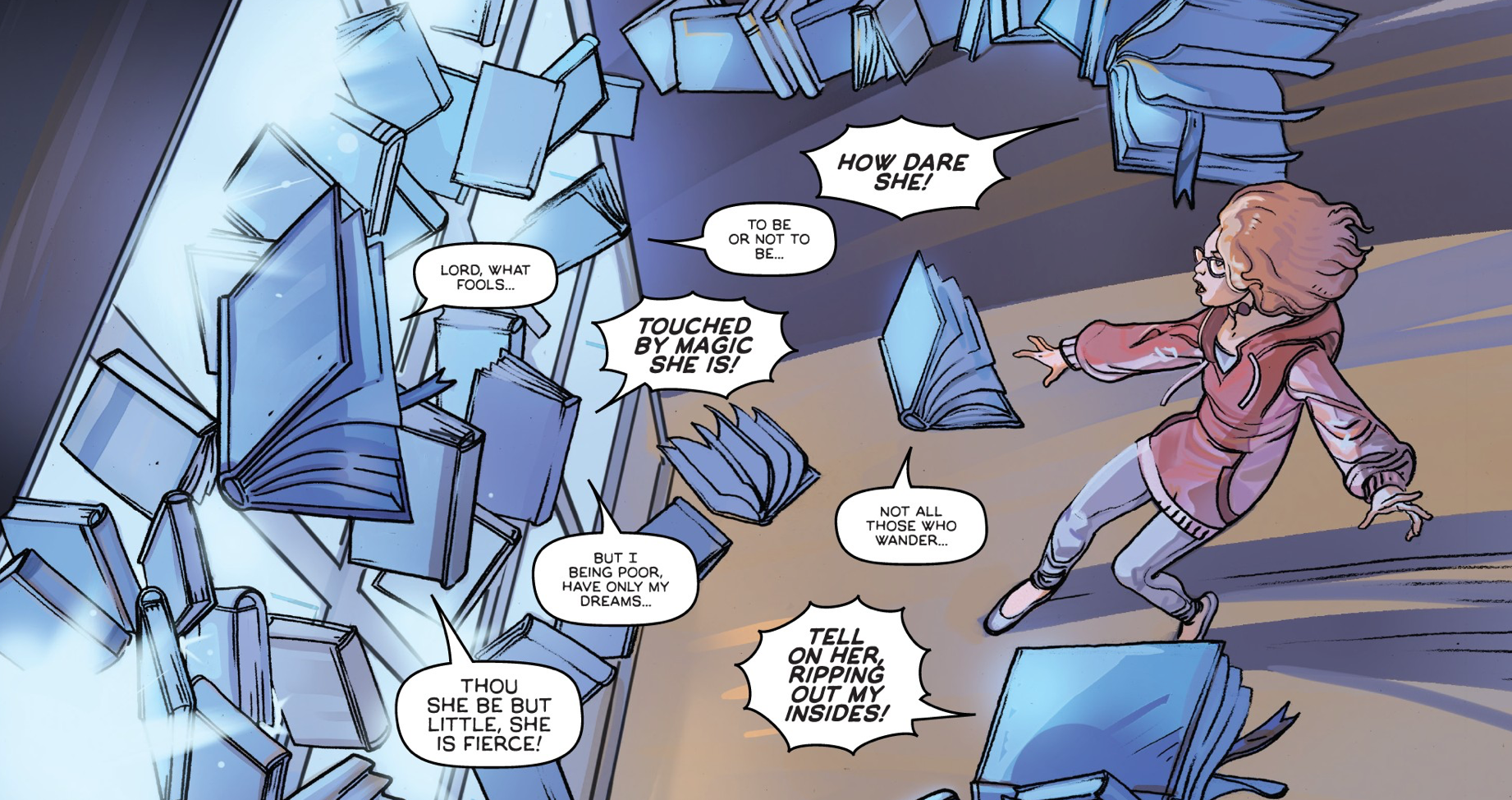 Bonnie being attacked by a shelf of books. (Image: Milos Slavkovic, Aftershock Comics)

There’s a point in almost every kid’s life when they melodramatically renounce their familial relationships in favour of asserting their own burgeoning identities as independent people.

But Bonnie, the homeschooled heroine of Aftershock Comics’ Oberon, isn’t really that kind of girl. Even though she’s wickedly intelligent and self-assured, she delights in hanging out with her family and would love nothing more than to spend her days with them.

Bonnie’s family loves her, too — but unlike her, they all have larger loves outside of their home that makes it difficult for them to reciprocate Bonnie’s feelings that they’re her friend-friends.

Learning that fact about them is what sets Bonnie off on an unexpected path where she meets Oberon, the disgraced and seemingly exiled king of the fairies who sees the young girl as his one potential shot at taking back his place on the throne.

What neither Bonnie nor Oberon knows, though, is that their fateful meeting is going to change both of their lives in ways neither of them is prepared for. (Ryan Parrott, Milos Slavkovic, Aftershock Comics) 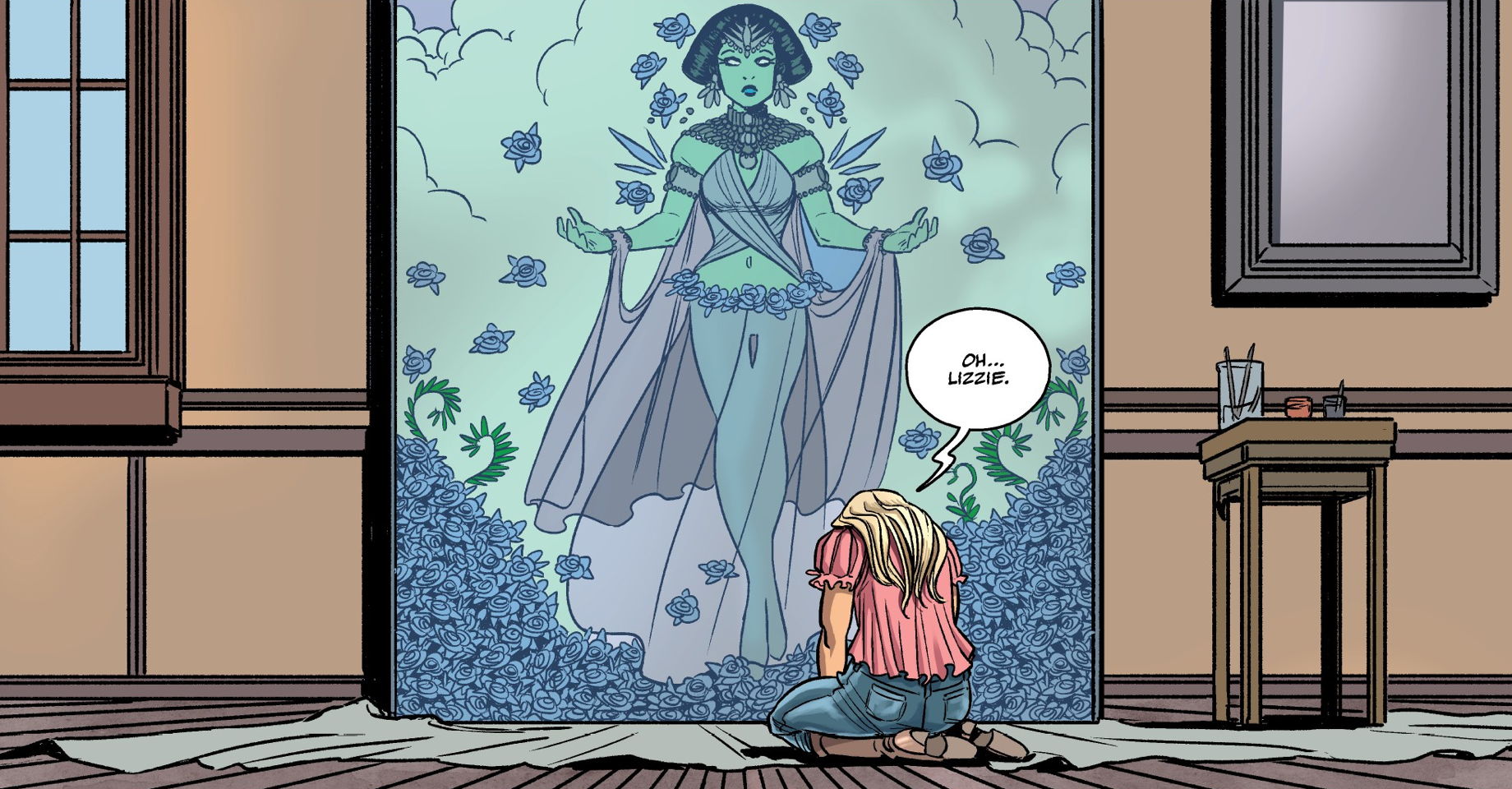 Katherine realising that her live as she knew it is over. (Image: Corin Howell, James Devlin, Dark Horse Comics)

The Girl in the Bay

On a typical night in the spring of 1969, 18-year-old Katherine Sartori leaves her home to go out partying with friends.

She has a generally good night – until she makes the mistake of following a handsome stranger away from the noise and lights of the bar to a place close to the edge of the nearby bay. Whatever hopes Katherine has of finding romance with the man are quickly dashed when he stabs her, pushes her into the water, and seemingly kills her.

But to Katherine’s surprise, neither the knife nor the water are able to bring her life to an end, and within moment of her attack, she’s back up on the surface gasping for air, desperate to figure out what the hell’s just happened to her.

As Katherine begins to try and make her way back home, though, she realises that the surface world she’s returned to isn’t the one she remembers — it’s 2019, and time has left her behind, because when she “died”, a doppelgänger took her place and lived the decades she never had a chance to. (J.M. DeMatteis, Corin Howell, James Devlin, Dark Horse Comics)