10 Video Games That Got Weird Name Changes In Different Countries

Sometimes it’s censorship. Sometimes it’s unfortunate implications. And sometimes it’s straight-up unexplainable. But whatever the justification may be, games get renamed all the time when they’re released across different regions. 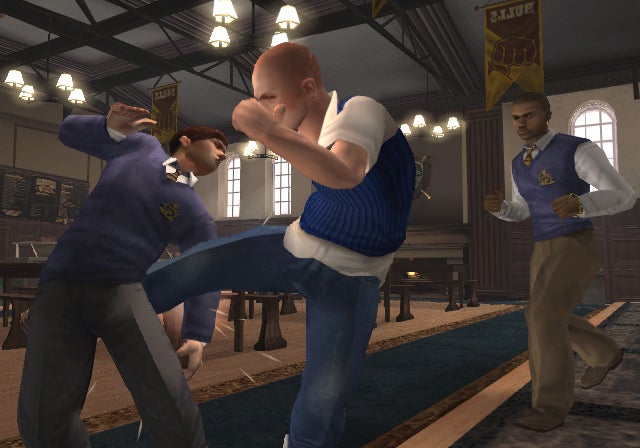 The Reason? Bully, a game about high school life that was presumed prior to release to be all about, well, bullying, attracted a lot of controversy in both the US and Europe. In the UK, specifically, where Rockstar changed Bully’s title to Canis Canem Edit, anti-bullying organisations campaigned against the game’s release, and even the country’s rating board came under fire for giving it a 15 rating.

Strangely, the game’s updated version for the 360 and the Wii, Bully: Scholarship Edition, was allowed to keep the “Bully” title when it came out two years later. It still caused controversy though.

Edited Title: Gryzor, then Probotector in Europe and Oceania.

The Reason? Contra — specifically, the first arcade game — came to PAL regions as Gryzor, and nobody knows the exact reason why. One theory posits that it was to avoid referencing the Iran-Contra affair, a political scandal from the late eighties.

The later games were renamed for a wholly different reason: to get around German censorship laws, the game’s human cast and some of its alien enemies had been redrawn to look like robots. The new title “Probotector”, meaning “Robot Protector”, reflected that. The first uncensored PAL Contra game to come out was Legacy of War in 1996, which released with the “Contra” title intact.

Edited Title: Known as Eledees in Europe and Oceania.

The Reason? Elebits was a series of games from Konami that featured the titular, electricity-based creatures. The publisher never gave an official reason for the rename, but some speculated it was for a pun (LEDs, Eledees, geddit?), while others thought it was to avoid lewd jokes about bits.

The Reason? Ghost Babel was originally commissioned by Konami as a port of Metal Gear Solid to the Game Boy Colour. However, it ended up a completely different game — a non-canon followup to Kojima’s first Metal Gear on the MSX2, its story taking place seven years after that game’s events — but the Metal Gear Solid name was kept anyway, for, according to Metal Gear fan site Snake Soup, “marketing purposes”. 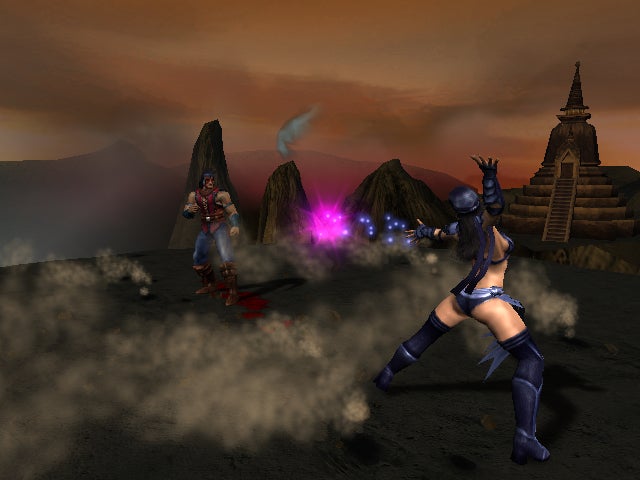 The Reason? In Summer 2004, there were rumours that the latest Mortal Kombat game, subtitled Deception, would get a name change in France. Initially, then-publisher Midway Games denied these rumours, but they eventually confirmed that the game would be renamed to Mortal Kombat: Mystification.

So why the change? Midway cited “translation issues”, and Google Translate reveals that in French, “déception” translates to “disappointment”, “frustration” and “letdown”. So, yeah, understandable. 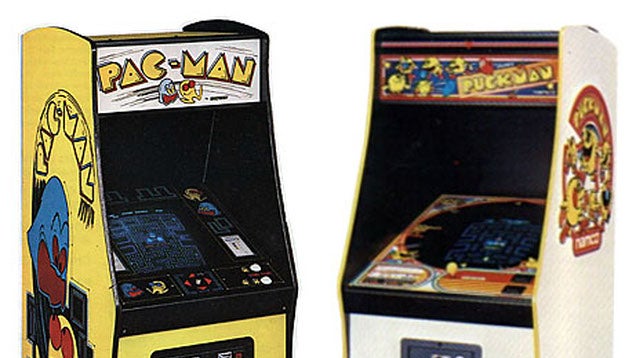 The Reason? Toru Iwatani, the developer of Pac-Man, originally named his game Pakkuman (パックマン) based on the Japanese onomatopoeia for the sound of a mouth opening and closing, paku-paku. This was romanised to Puck Man, a name which did end up on the very first arcade machines, including the ones used at the game’s first location test in May 1980.

Later, when the game’s publisher Namco was laying down the plans to bring Puck Man west, Midway, the American distributor, noted that the machines could easily be vandalised to say Fuck instead of Puck. Namco decided to change the name to Pac-Man — which is still a correct romanization of Pakkuman — putting that on later machines. 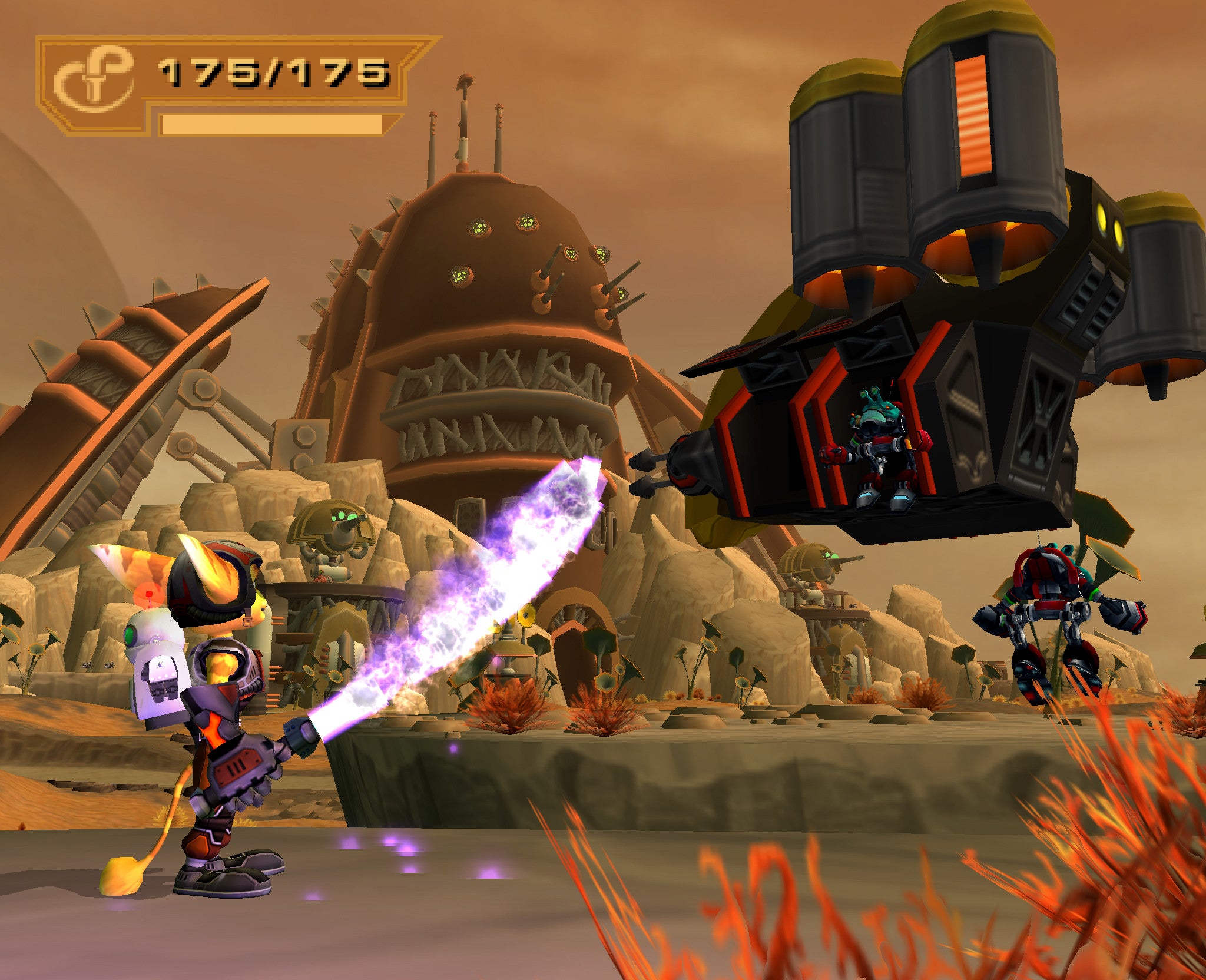 Edited Title: Nearly every Ratchet & Clank sequel got a different name in Europe and Oceania.

And then there are the seemingly totally random changes: Ratchet: Deadlocked got changed to Ratchet: Gladiator, and the Ratchet & Clank Future series had the “Future” subtitle removed from all three games in PAL regions… for some reason.

The Reason? Censorship. In some parts of Europe, ninja were considered a taboo subject, and so in a couple places, the TMNT franchise was renamed to Teenage Mutant Hero Turtles. The video games weren’t edited beyond their titles, but the TV show was hit harder — for example, in the UK, Michelangelo’s nunchaku were edited out completely and replaced with a grappling hook beyond season three.

Another high-profile “victim” of the ninja controversy was Ninja Gaiden, which had its first few games renamed to Shadow Warriors in parts of Europe. 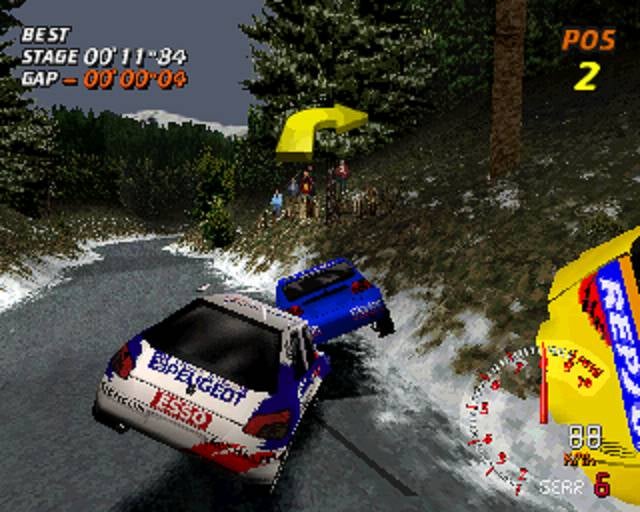 The Reason? V-Rally was a three-part rally racing game series for the PlayStation, developed by Eden Studios from France. In North America, it was published by Electronic Arts, who decided to market V-Rally and V-Rally 2 as Need for Speed games, even though they had nothing to do with that series.

Coincidentally, EA also published a game that ended up losing the “Need For Speed” label: Motor City Online was meant to be a full-fledged Need for Speed title until the singleplayer portion was dropped at some point during its development. 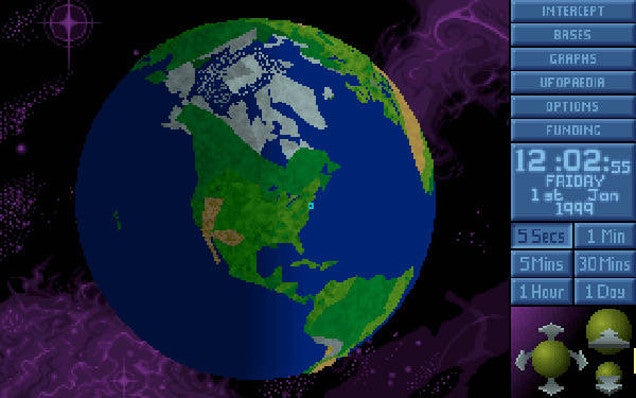 The Reason? Unknown (heh). Not only was UFO renamed X-COM when it was brought over to North America from Europe, but “UFO” was promptly dropped globally in favour of “X-COM” for each subsequent game in the series, making the very first title of the very first game a bit of a red-headed stepchild.

At least the “Enemy Unknown” bit was vindicated with the release of the remake, XCOM: Enemy Unknown, 18 years later, in 2012.

That’s 10 cases of weirdly renamed games. Have you heard of any others? Share in the comments below if you have.