Final Fantasy 7 was the first game in its series to have guns. They added to the game’s modern and mature mystique at the time. Prior to that, the series’ weaponry was purely medieval, primarily focused around swords. But what if you could have a sword that was also a gun? Final Fantasy VIII answered by delivering unto players the gunblade, a device that has appeared in almost every Final Fantasy that came after.

Experts disagree on the precise number of gunblades that have appeared in the series since Final Fantasy 8 came out in 1999. Some don’t have names. Others are duplicates of existing models with a swapped colour palette. Then there’s the age-old question of what satisfies the blade requirement. Something attached to a hilt? Any piece of sharp metal that can also shoot bullets? There are no perfect answers, but in my quest to be as thorough as possible, the only gunblades excluded from this ranking are the ones the Manikins wield in the Dissidia games.

By my count, then, there are 35 different gunblades that have appeared in the series so far. My extremely scientific ranking process includes criteria like how cool the gunblades look, the gun-to-blade ratio, and their practical stabby shooty ability. Here they are, ranked from worst to best. 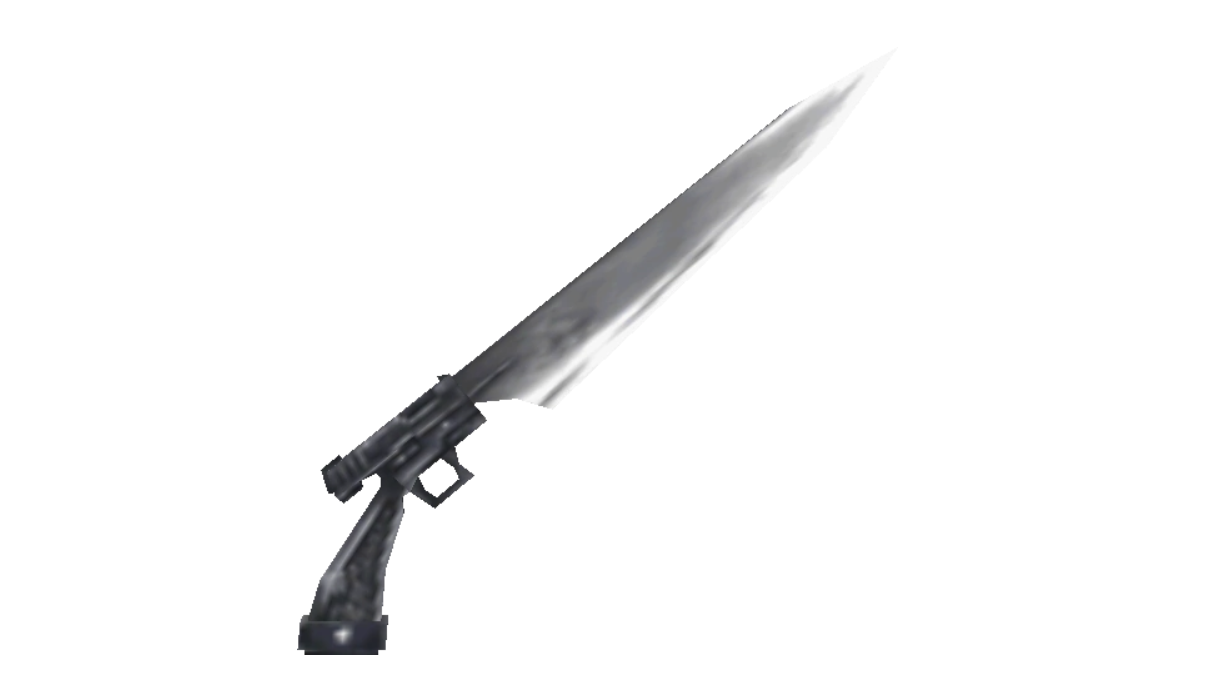 Squall’s second weapon. The bullets do more damage, but the hilt looks like arse. No thank you. 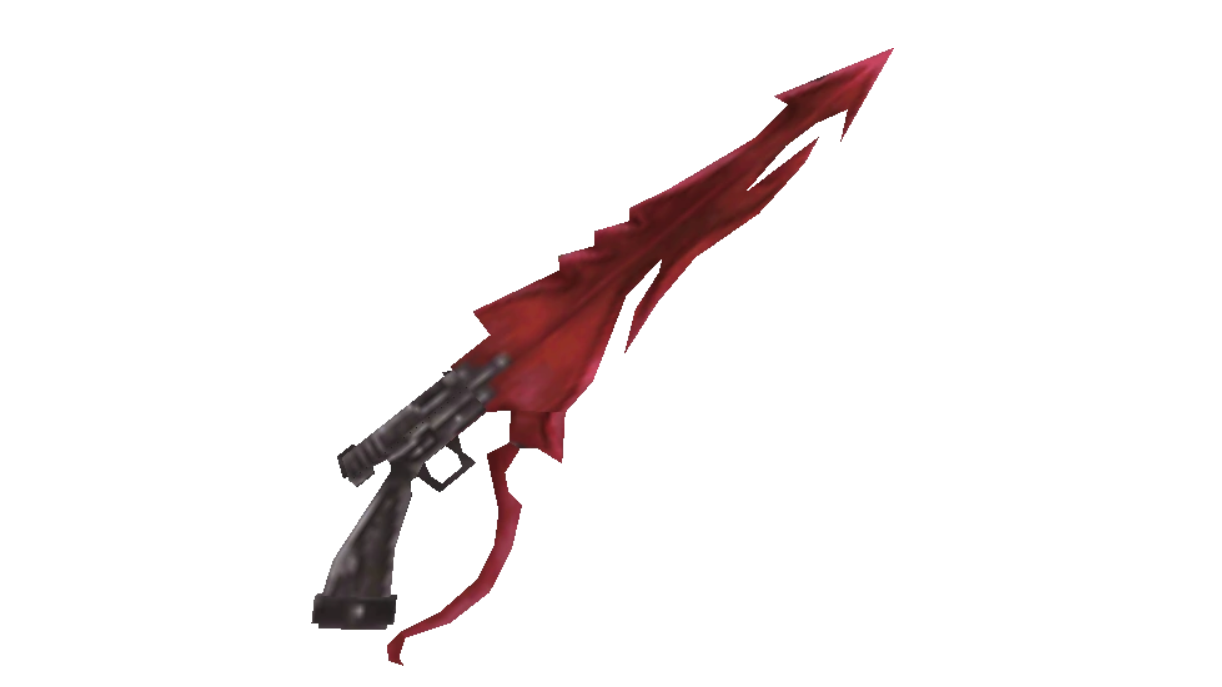 Someone thought a sword that looked like it was on fire would be cool. The logic was sound, but this gunblade was not. Points for colour, but minus a bajillion more for using the same hilt as the Shear Trigger. 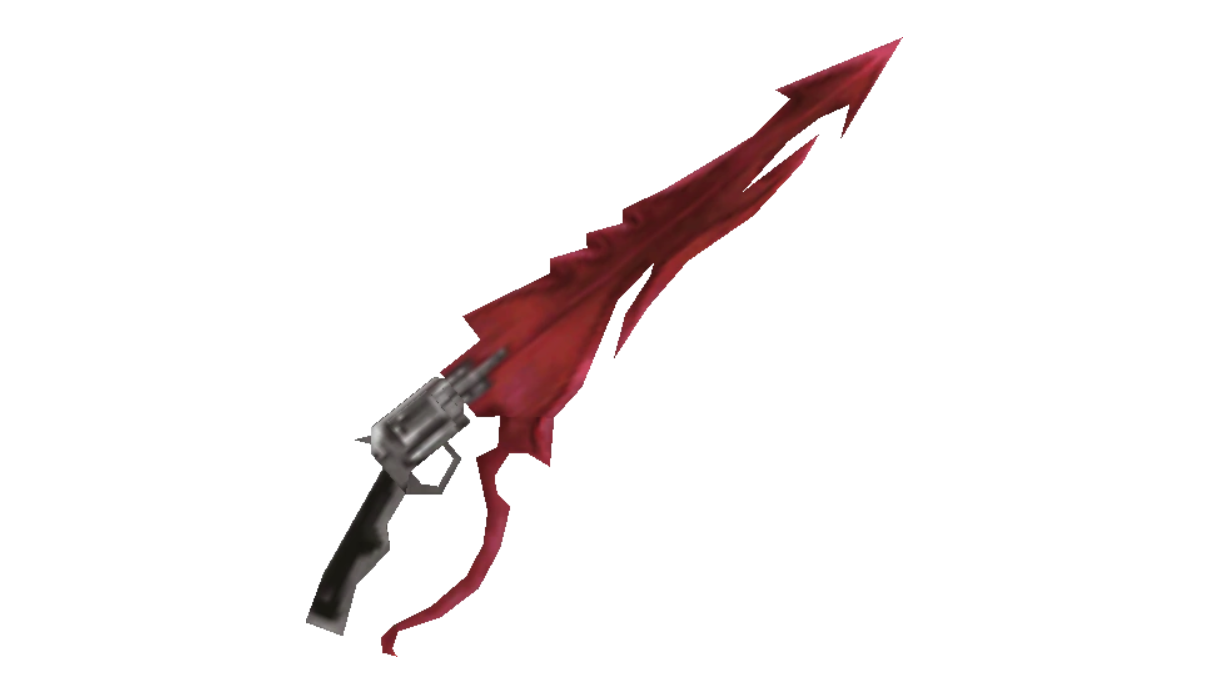 Keeps the hairy red blade but ditches the Shear Trigger’s hilt for one that looks like an actual gun.

If you’ve ever wondered what a can opener that could also spray bullets would look like, look no further.

Although these both look the same as the Hauteclaire and Durandal, they have better abilities. 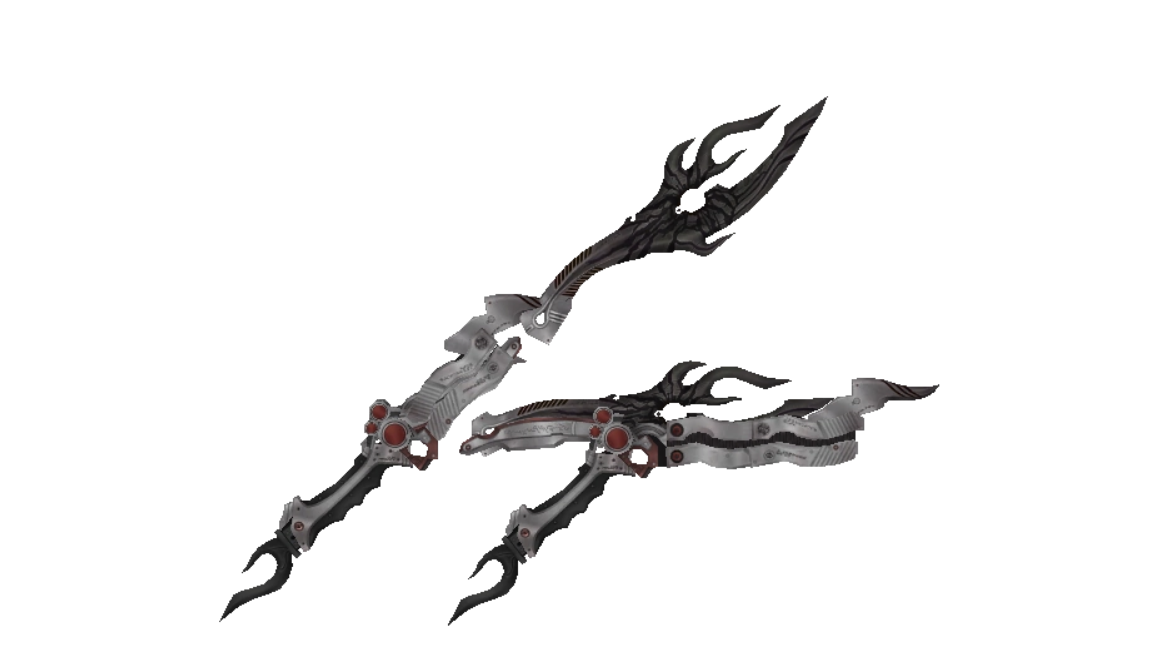 The best weapon in Final Fantasy 13 with a max strength of 508. Not 506 or even 507 but 508 big juicy units of monster-destroying power. Even with the cool name and boss stats, the fact that it looks like a pretzel made out of one of Maleficent’s horns holds it back. 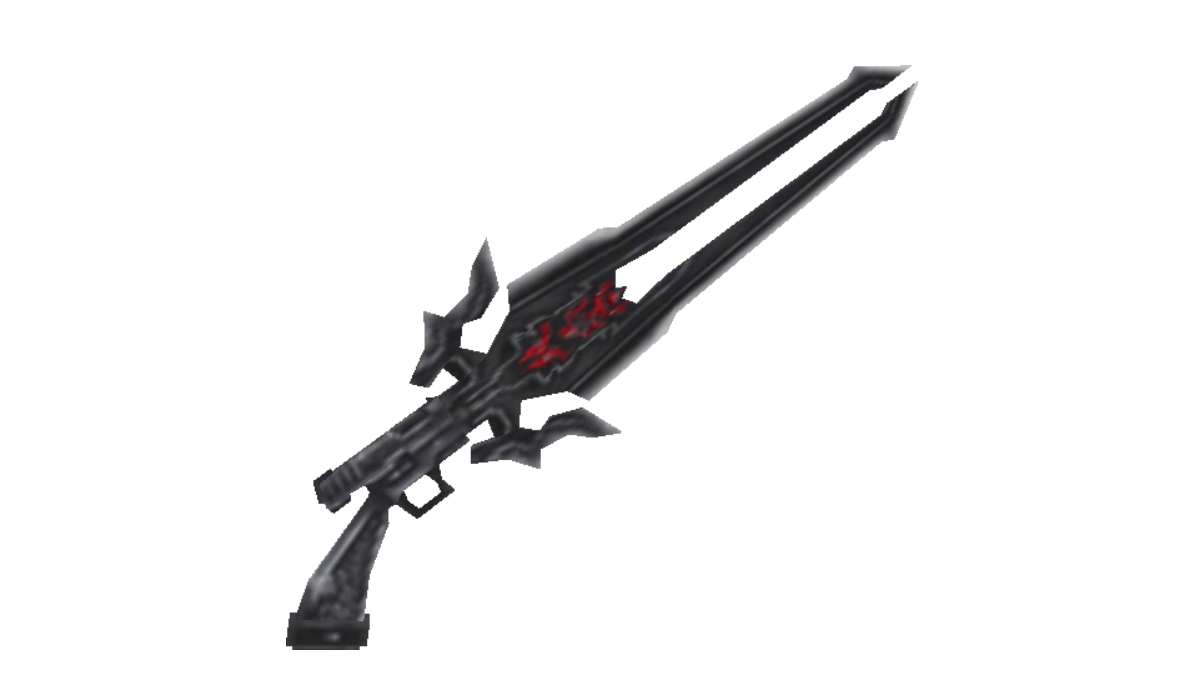 “Two is always better than one” is an old gunblade-smith saying, and Punishment gets that. 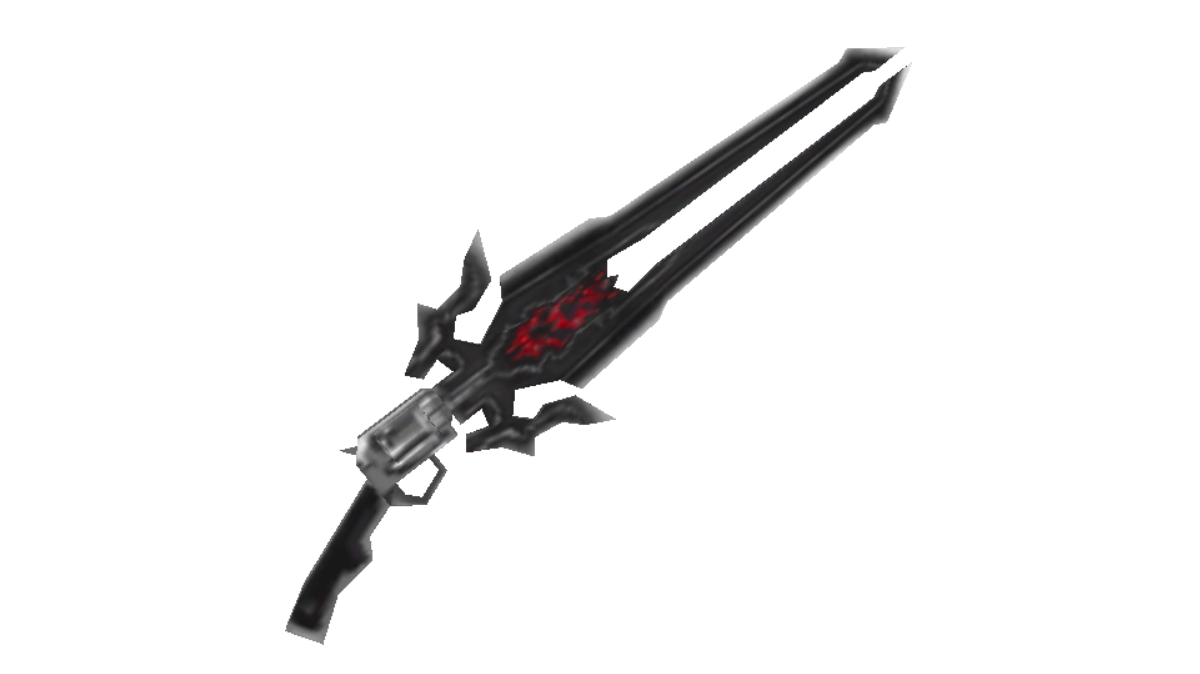 The Twin Lance edges out its more powerful sibling Punishment because of better flavour text: “The Twin Lance is a gunblade forged with two blades. The two blades work synergistically to inflict severe damage.”

It’s sad but true that the weaker you go in the Final Fantasy XIII gunblade arsenal, the better they get. All of these switchblade-inspired firearms will serve you decently in a West Side tory brawl and also probably get you thrown on the TSA’s “no fly list” for life if airport security catches you with one in your carry on.

Simple, elegant, and each complete with a paint scheme that won’t make you want to shoot/cut your eyes out, this Blazefire-inspired line is the best Final Fantasy XIII has to offer. 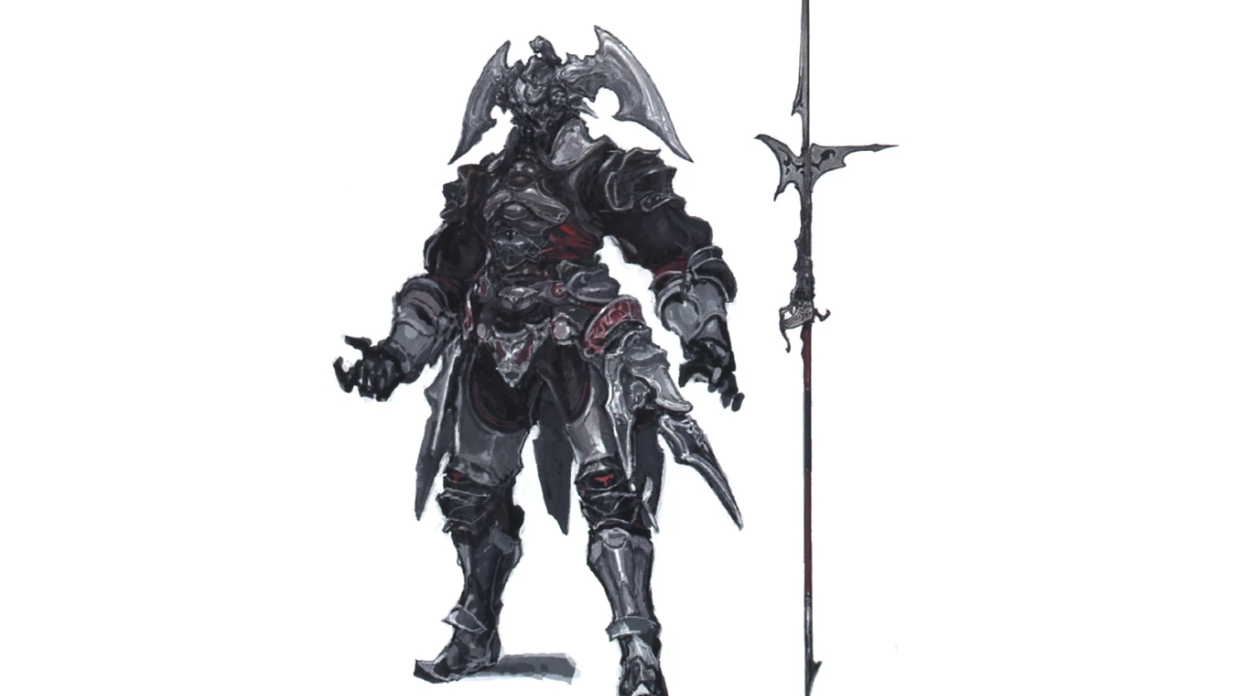 This one will probably get me in trouble, either because Nael van Darnus’ gunblade is technically a gunhalberd or because it only made it to 19 on the list. Where do the bullets even come out? Who knows, and who cares—it’s a giant sharp pole with a trigger. 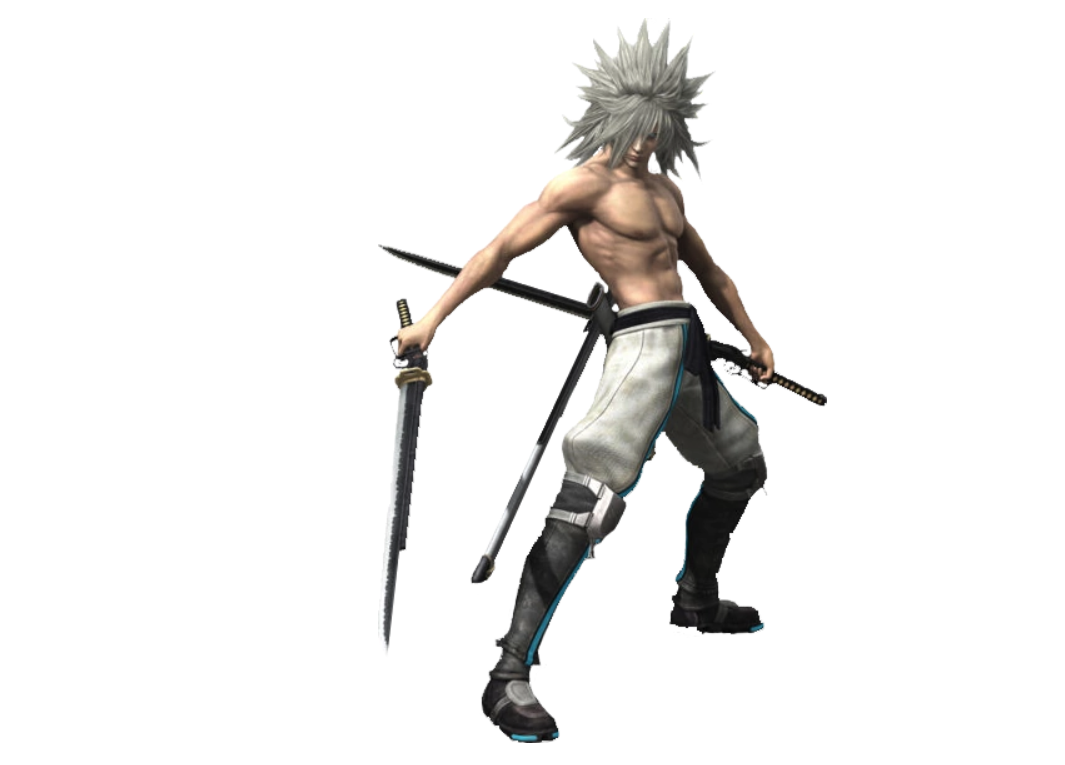 The most minimalist of them all, Weiss’ gunblade is one of the most functional looking and lightweight. It reverses the traditional design dating back to Final Fantasy VIII and sticks the barrel on the top rather than the bottom. 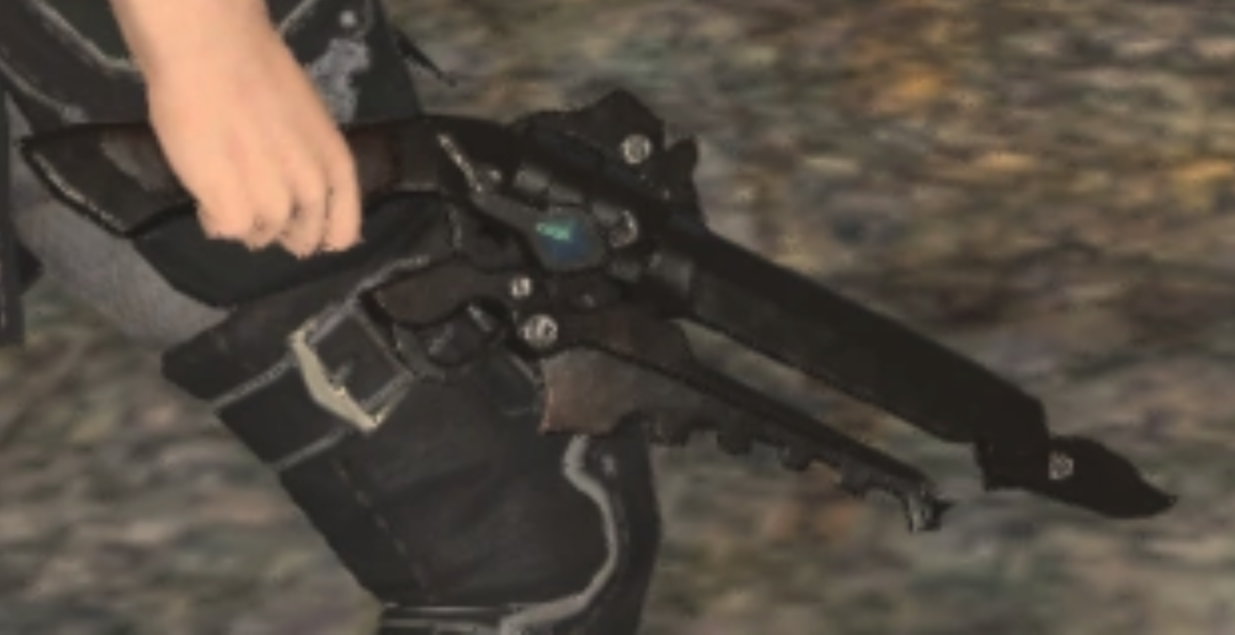 It shouldn’t be a surprise that the first Cid to wield a gunblade has one of the cooler ones. It feels straight out of the Gears of War universe with its gear-like teeth on the hilt. Unfortunately, no one has yet invented a gunblade where the sword part is also a chainsaw. 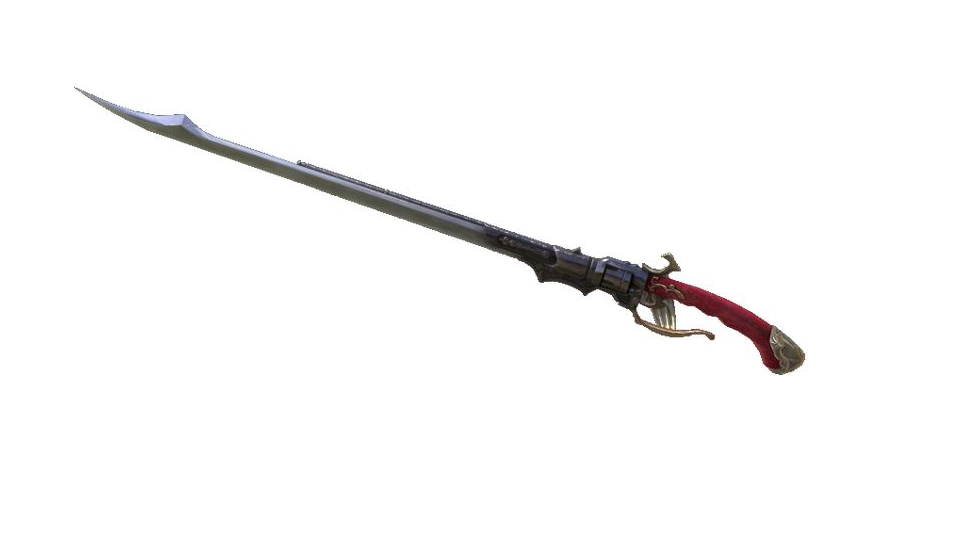 Gunblades are way cooler than guns with bayonets because the gunblade formula, at its best, really tries to fuse the two things together. The gunblades the Garlean Empire uses, which Gaius van Baelsar also has and gave a fancy name to, are a perfect example of that distinction. Instead of putting something sharp on a gun, they make the entire gun sharp. Genius. 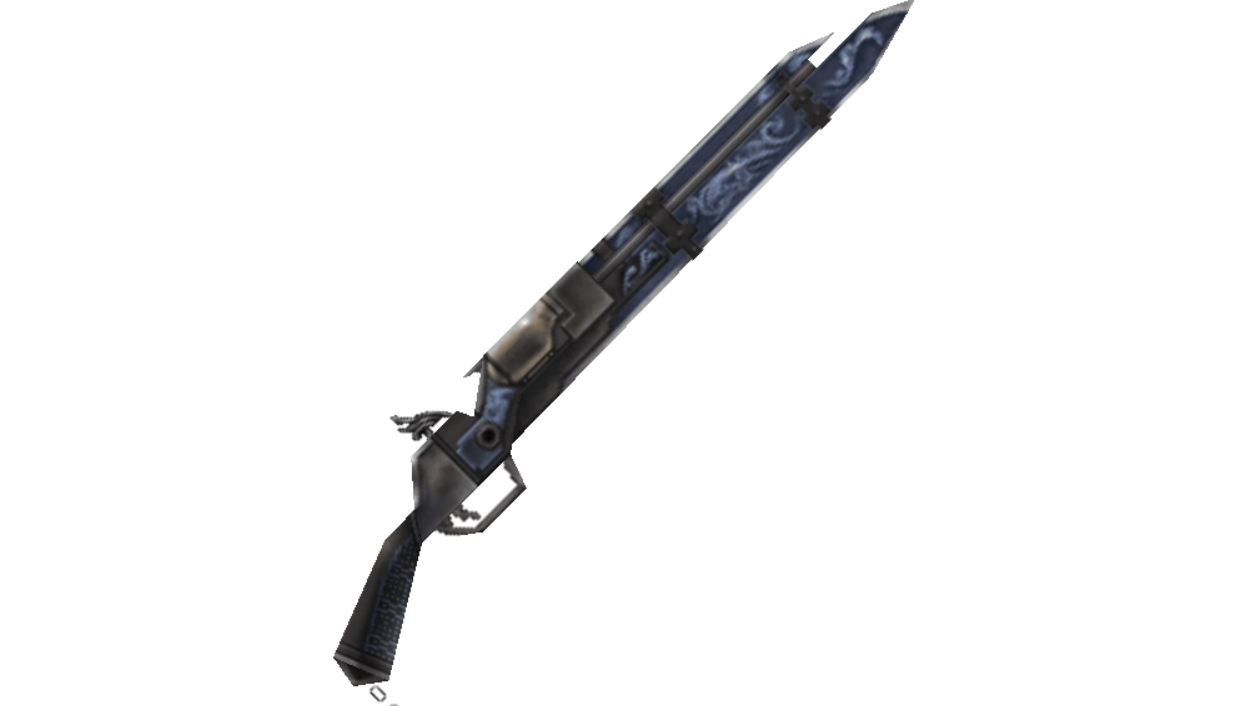 Perhaps the most subtle iteration of the concept, Balthier’s Ras Algethi is never used as a sword, but that doesn’t stop it from being one of the most beautiful gun-centric incarnations of the gunblade. 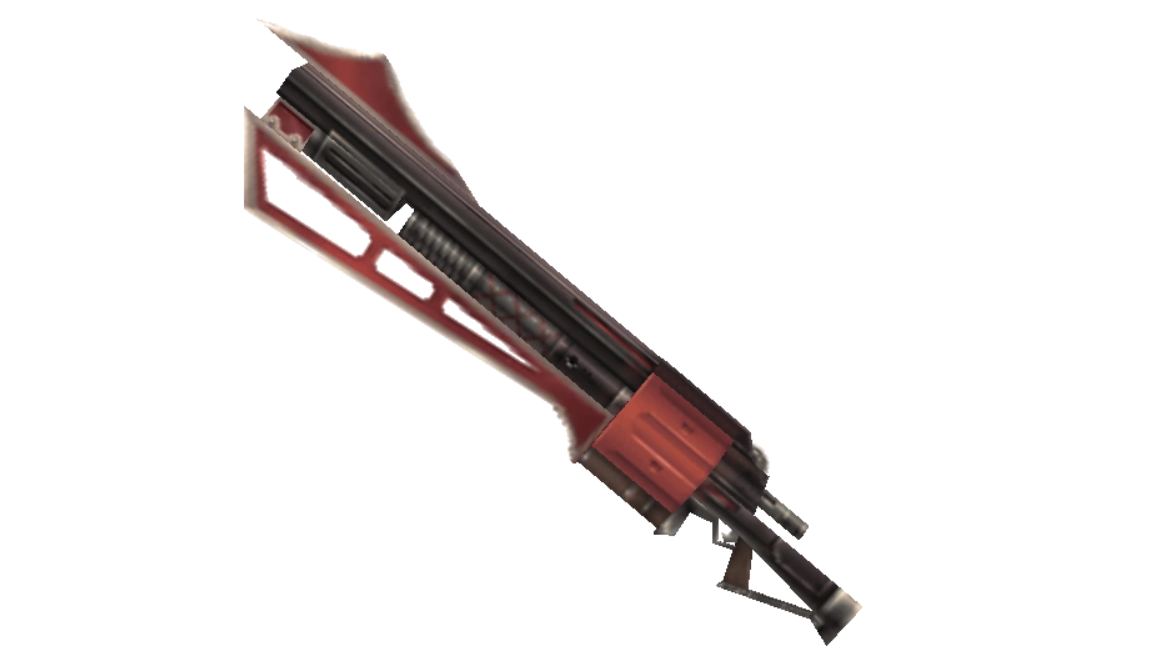 This gunblade, like its owner, was never given a name. Unlike its owner, though, it’s totally unique and awesome, like someone took the idea for a sawed-off shotgun, reversed it, turned it into a machine gun, and then turned it into a sword. Some people say Square Enix ran out of ideas when it started pumping out Final Fantasy VII spinoffs, and those people are probably right. This gunblade still rocks. 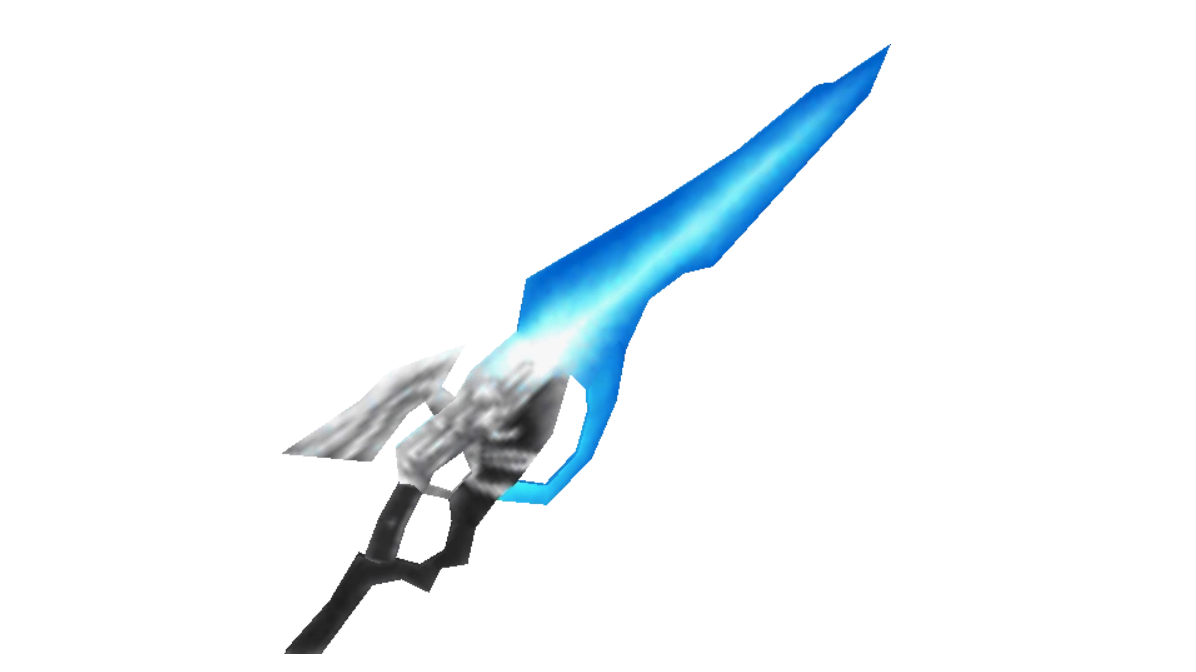 While I’m not wild about replacing cold, hard steel with ephemeral glowy shit, the Lion Heart has one of the most hype gunblade names and is so powerful the hilt has like, two and a half cross-guards. 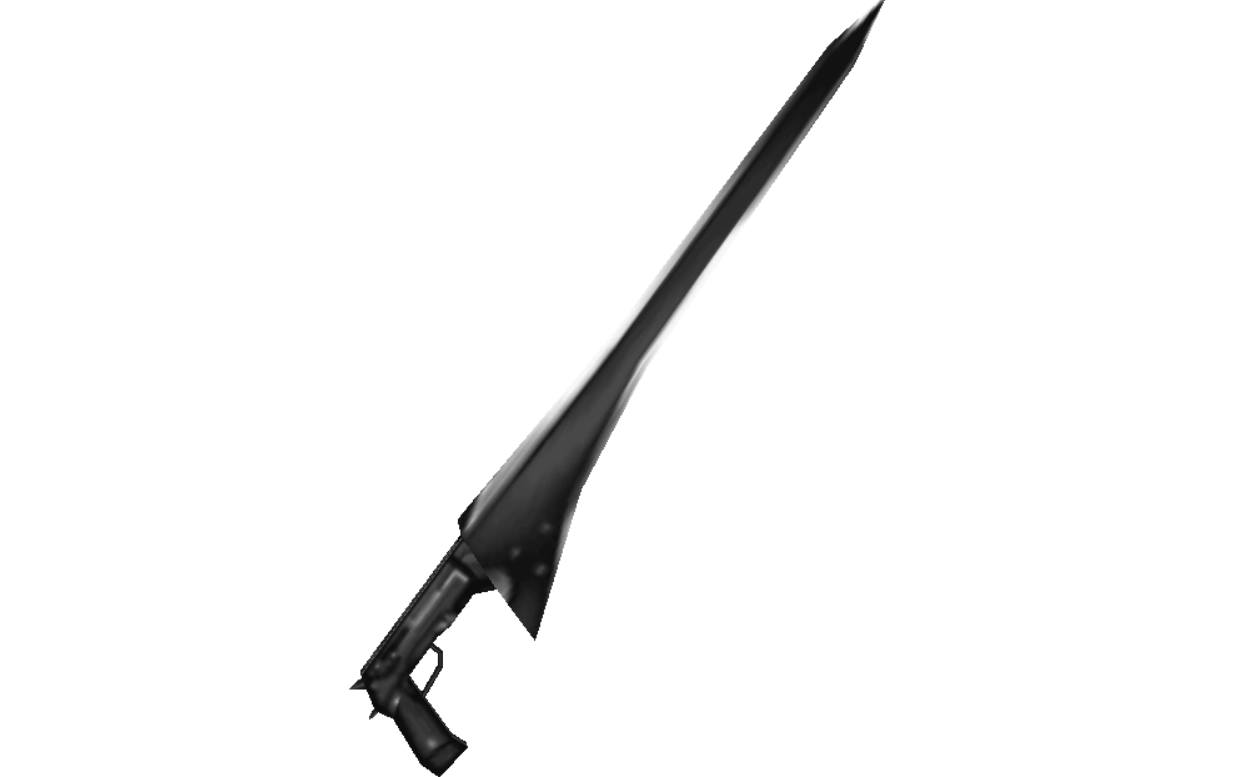 Seifer’s gunblade is the red light saber of gunblades and has probably been outlawed in 47 states. Enough said. 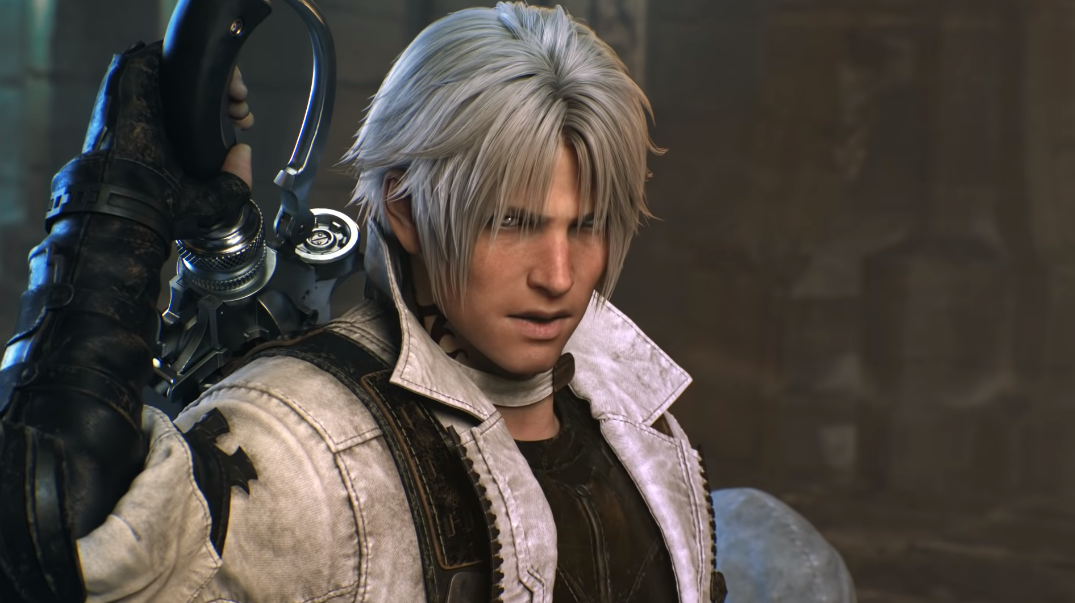 This thing is like when you go to the sandwich Kiosk at a Wherever-You-Buy-Your-sandwiches and although you’d probably be best with just a standard turkey sub you instead drag your hand across the condiment screen until you’ve ordered so many extra fixings the computer cuts you off, except if the sandwich were a gunblade. 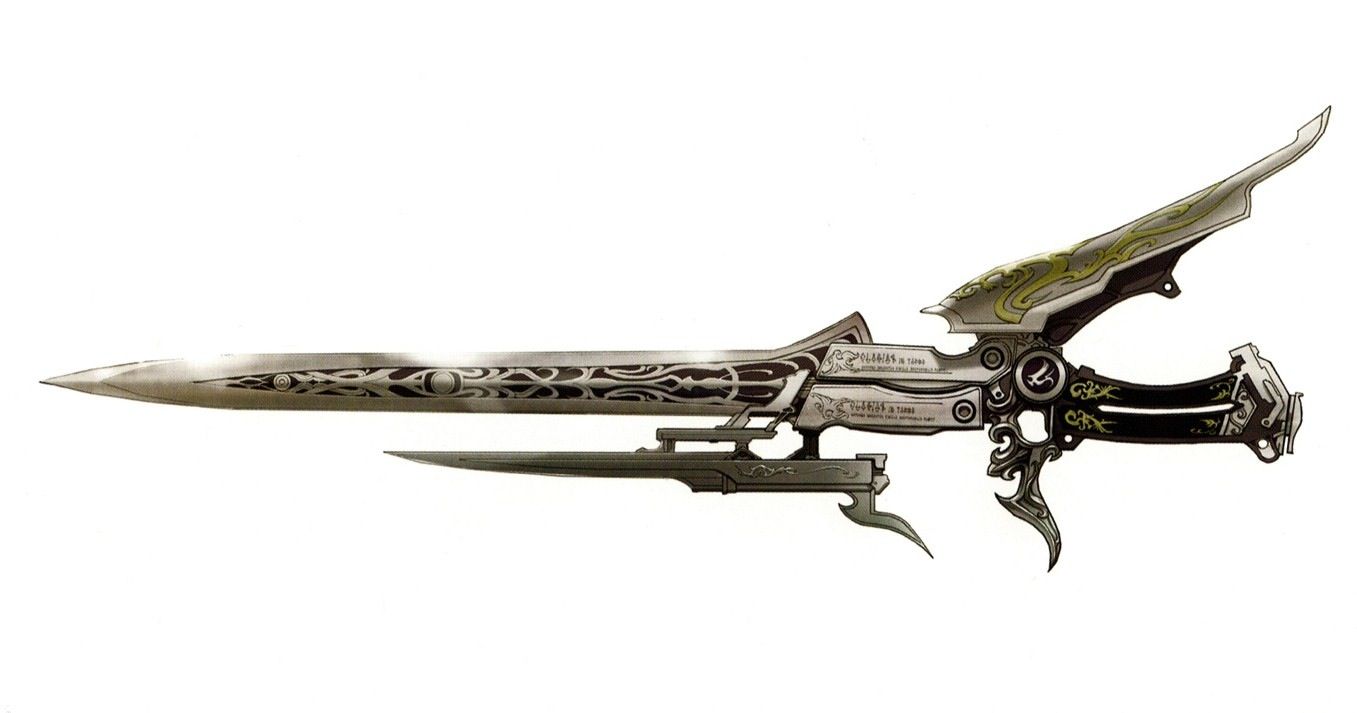 Who would have thought Lightning’s coolest gunblade wouldn’t actually appear in a properly numbered Final Fantasy but rather the two spinoffs almost nobody played? The Overture is one of the coolest-looking swords in the entire series, and the fact that it’s also a gunblade makes it that much better. 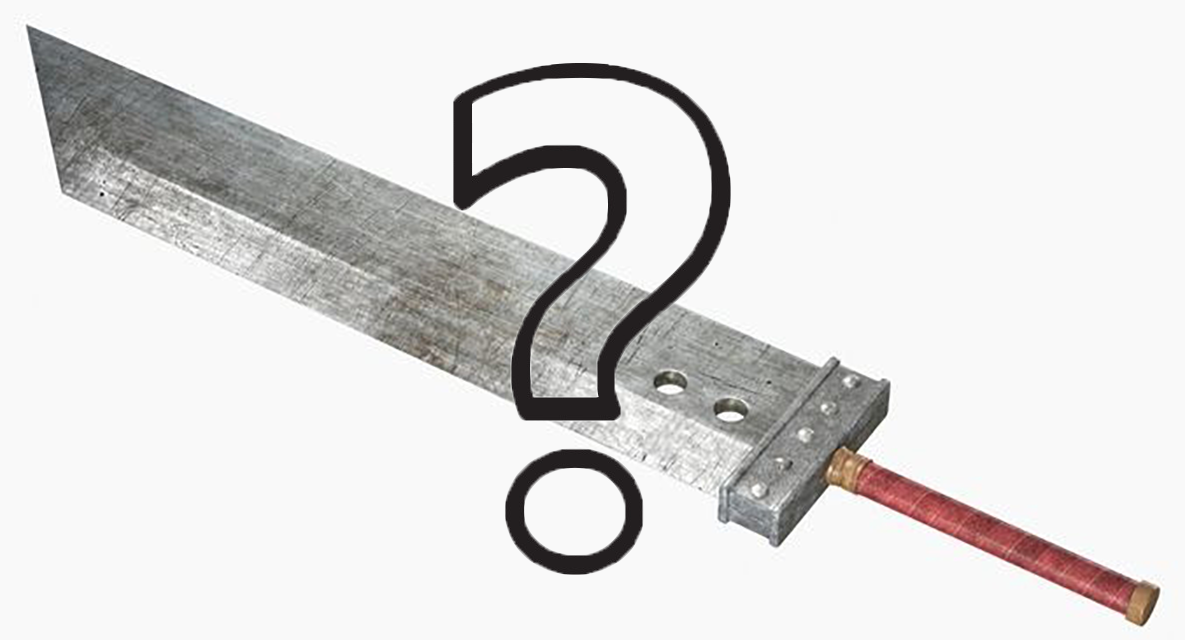 There’s one gunblade that’s never been discovered. A placeholder discovered in the game files for Final Fantasy XIII references a weapon called the Godslayer with power enough to match its namesake. It was probably just for testing, but also, what if it wasn’t? Some of the best gunblades are the ones we have yet to discover. 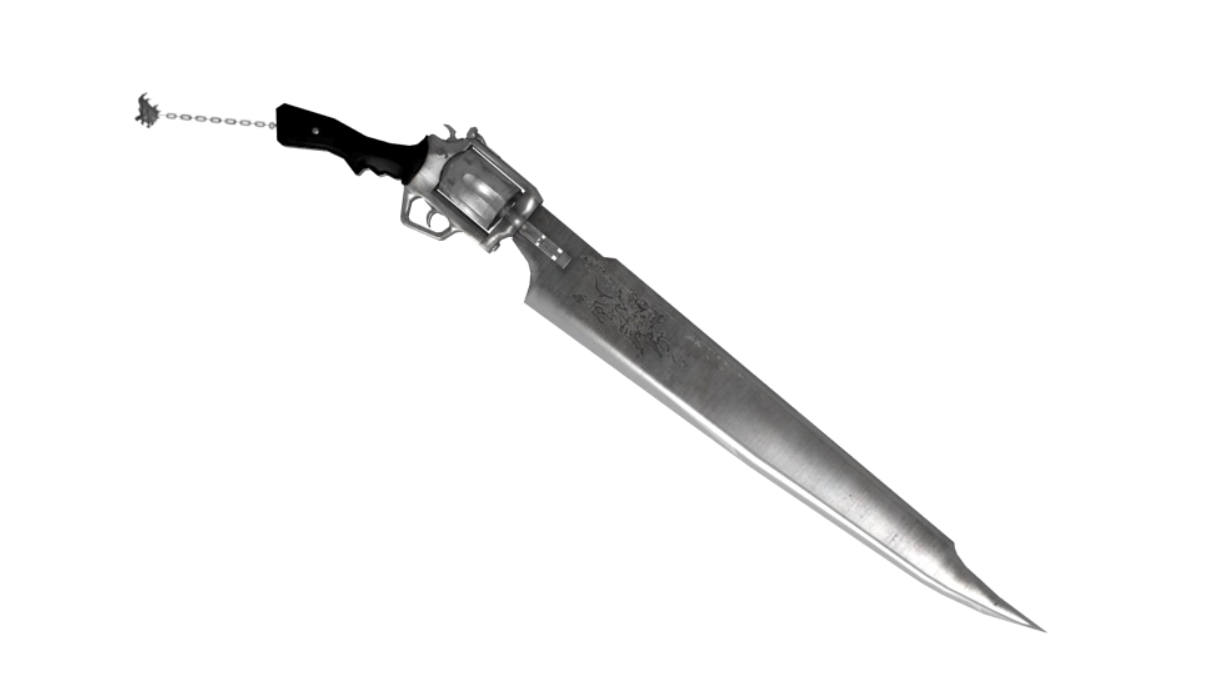 Nothing beats a classic. Well, almost nothing. The mindfuck of putting a sword on the end of a gun was never better executed than with the series’ first gunblade. Sharp, wildly unbalanced, and without any way for the ammunition to actually exit, the Revolver transcends time, space, and our comprehension of them. 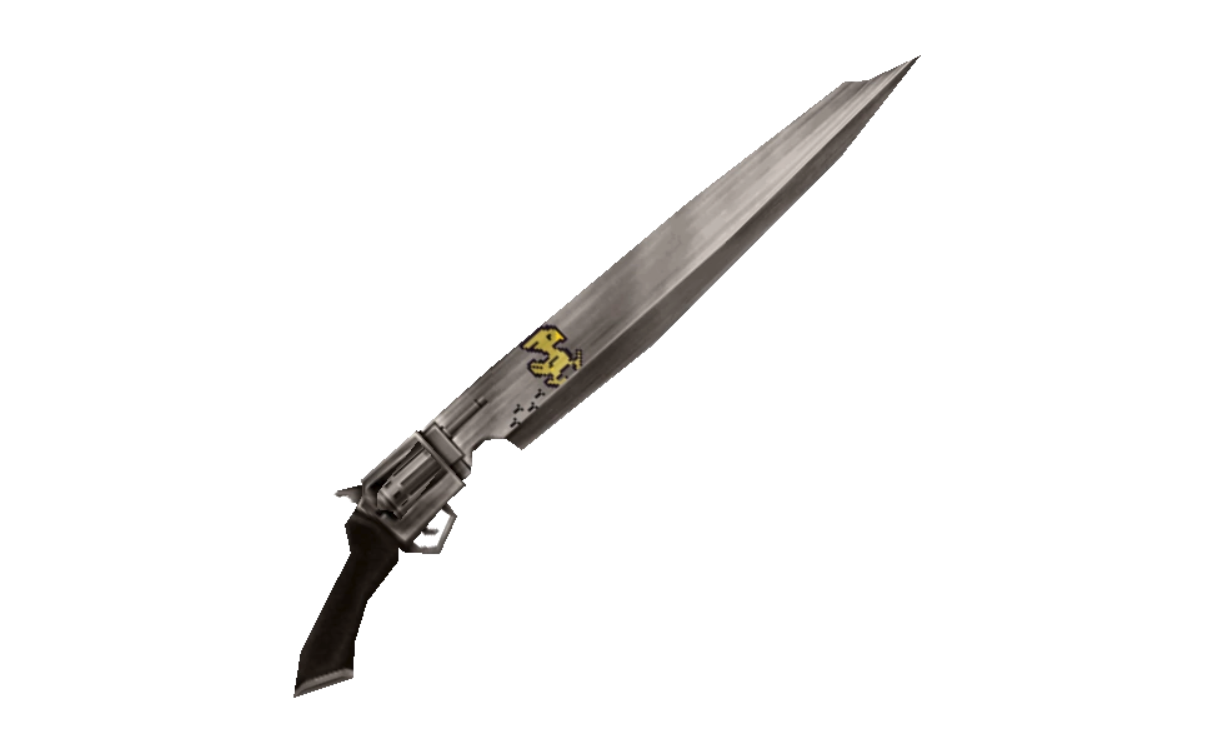 Gilgamesh’s Revolver looks identical to Squall’s, except it replaces the etching of the lion on the side with a painted decal of a chocobo, which instantly makes it better.