Sean Murray’s No Man’s Sky Talk Is Worth Watching

There’s always plenty of news, announcements and personal stories from GDC every year that are worth listening to. But one of the most fascinating was from Sean Murray talking about what the No Man’s Sky journey has been like.

Considering how apocalyptic things seemed for No Man’s Sky at launch, Hello Games has done a remarkable job turning the game – and a heavily divisive public reaction – around. The game has received one substantial update after another, with the upcoming Beyond updating adding a second multiplayer and social experience on top of the one introduced through No Man’s Sky: NEXT. 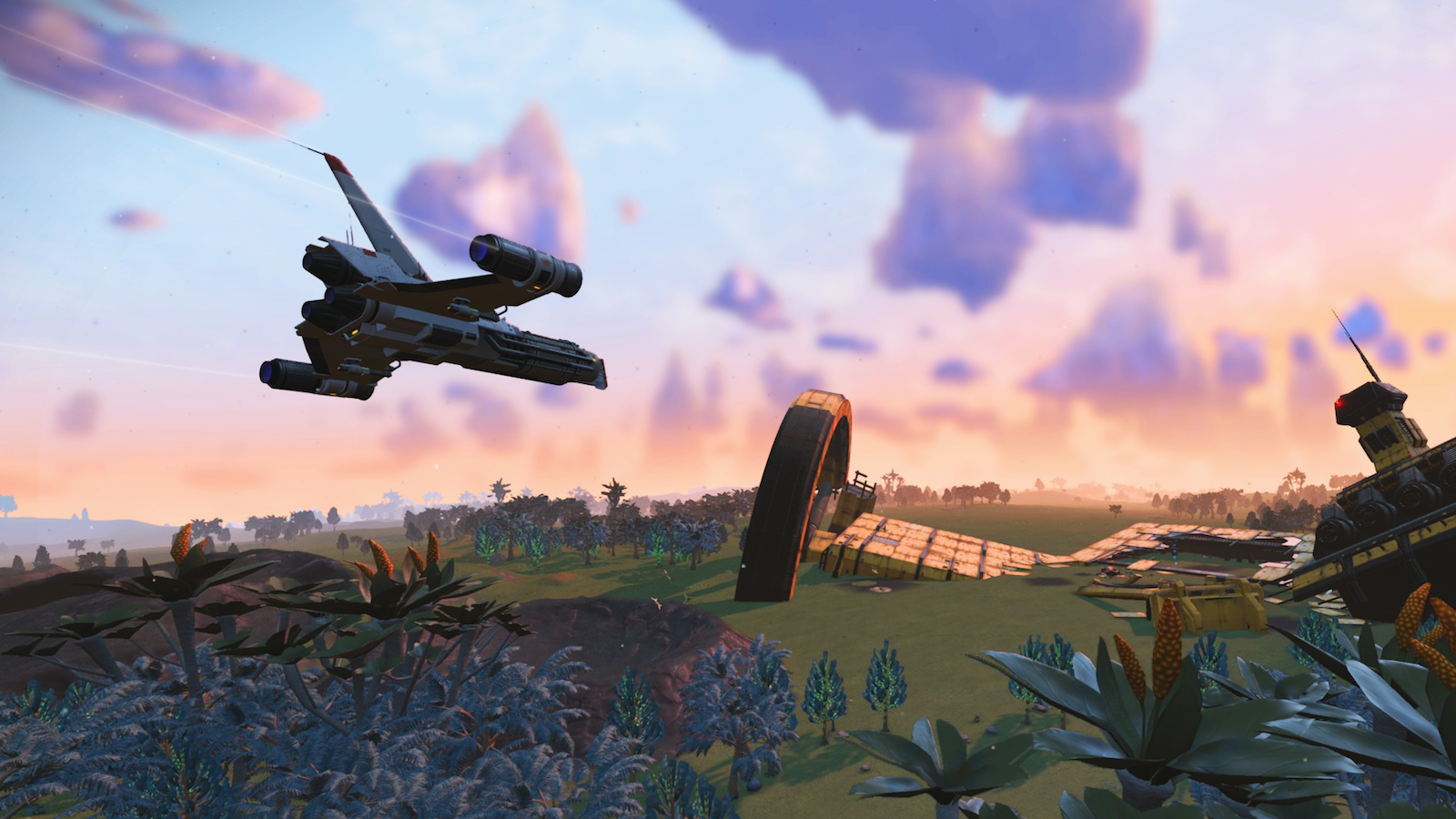 The Two No Man's Skys

For two years, No Man’s Sky has been one of gaming’s great Rorschach tests. View it one way, and it’s a beautiful adventure through an endlessly fascinating parallel universe. Tilt your head, and it’s a janky hunk of junk built on a bed of LIES. 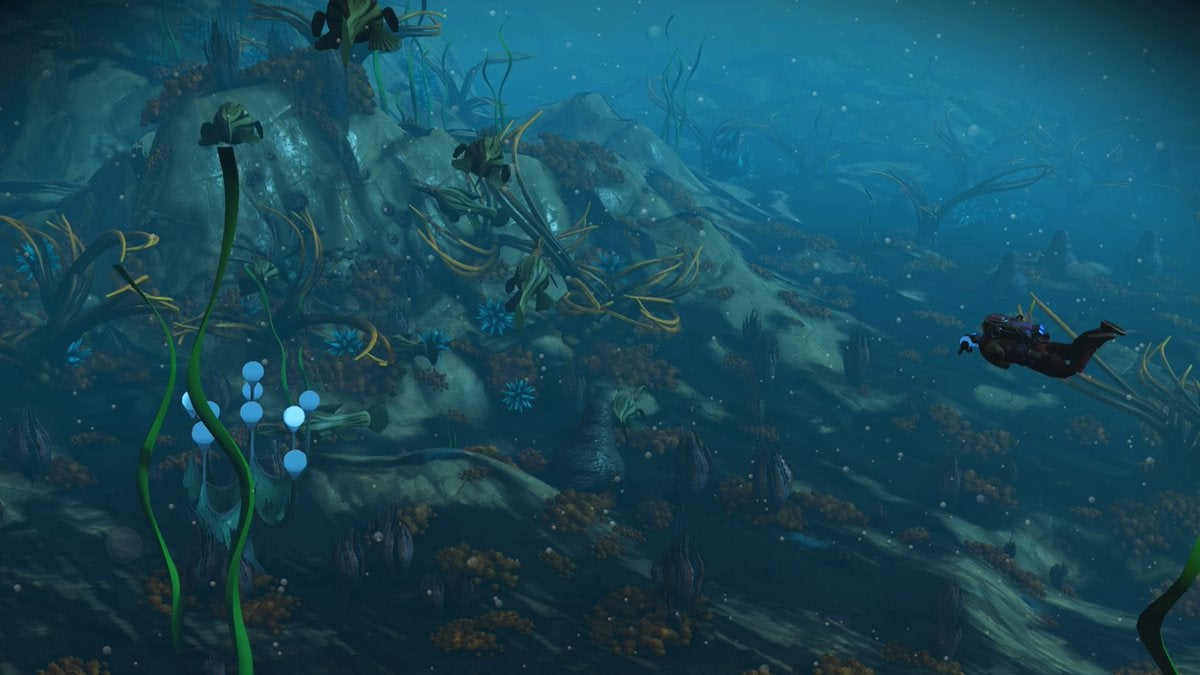 With each update, No Man’s Sky finds new ways to make me obsessed with it. The latest update, the undersea-focused The Abyss, is no different.

But getting to that point, as Murray explained on stage at GDC, was exceptionally difficult. For one thing, a heavy amount of criticism levelled at the company through their official email actually went through to Murray’s phone and watch.

“I decided to drink from the firehouse: Every mail that you send to Hello Games goes directly to my phone or my watch; we didn’t block or mute people. If you talked about No Man’s Sky, then I probably read it. Again – I wouldn’t really recommend it – it helped me gain a new perspective, and that perspective is that everything is just data.”

External consultants were brought in to assist the studio, and slowly they began to filter actionable data through the torrent of criticism. One statistic Murray mentioned: 37 percent of players stopped playing because they were frustrated with the inventory system.

Murray didn’t directly address the most aired criticism during No Man’s Sky launch, chiefly the promotion of the game’s multiplayer. The majority of criticism, according to Murray, was “talking online about topics that are very common and very recognisable and most games become a lightning rod for, like pre-orders and marketing or whatever”.

“They aren’t providing good data to use as a developer, and that was where a lot of press and prominent voices focused,” he said.

“We would find that glowing articles would disappear from the front page, but a rumour would surface from Reddit straight to the front page of every website in a ridiculous amount of time. So if we want to talk to our players, we needed to do it directly. So we just shut down all communication with the press, and it was fun. I really enjoyed that; I never wanted to talk to the press in the first place, I’ve never really got into games for that, and I think I’m terrible at that.”

Murray then described how the studio began their ethos of communication through shipping. Based on the view that people are judged on their actions, rather than their words, the studio set a rule. “If we wanted to say something to our players, we had to put something in a build, ship that build, and tell people about it,” the Hello Games founder said.

An important element of the No Man’s Sky became a better understanding of accepting, and enjoying, the act of development. For Murray, and other developers he asked to plot a chart, the release of a game was the most unhappy period of time. Within that was a constant rollercoaster ride, where the happiness constantly peaked and receded on small things: A bug completely breaking a build, finally fixing a major problem, shipping a feature, but then finding that feature wasn’t fun.

Murray also briefly mentioned some of the worst elements of that launch period, noting that Scotland Yard got involved at one stage. But he opted to focus more on how the team moved forward, because he felt much of the existing narrative around games and the launch of games was too toxic, or focused on toxicity, as is.

It’s a fascinating talk, and there’s lots of little elements that are intriguing on their own. The whole talk only runs for about 16 or 17 minutes, and the perspective is fascinating to listen to. It’s also warming to know that, despite everything, Murray is still committed to developing “insanely ambitious” projects.

“I know that games and making games is never easy. So if we’re going to do it, then let’s not do it for anything that doesn’t make an impact, that can’t change things or can’t push the boundaries,” he said.

You can view the full talk through the GDC Twitch channel below; Murray’s piece begins just around 45 minutes.